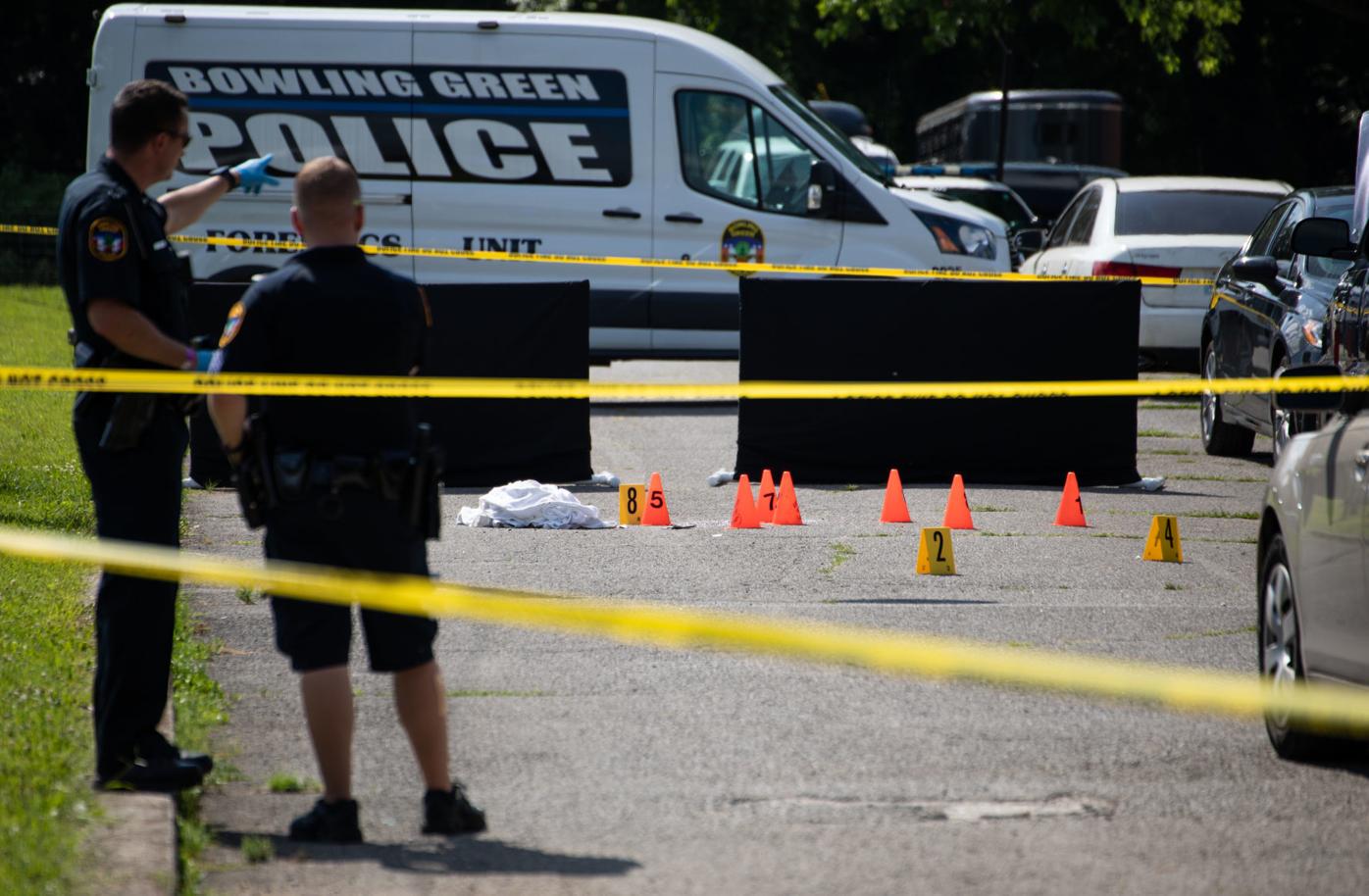 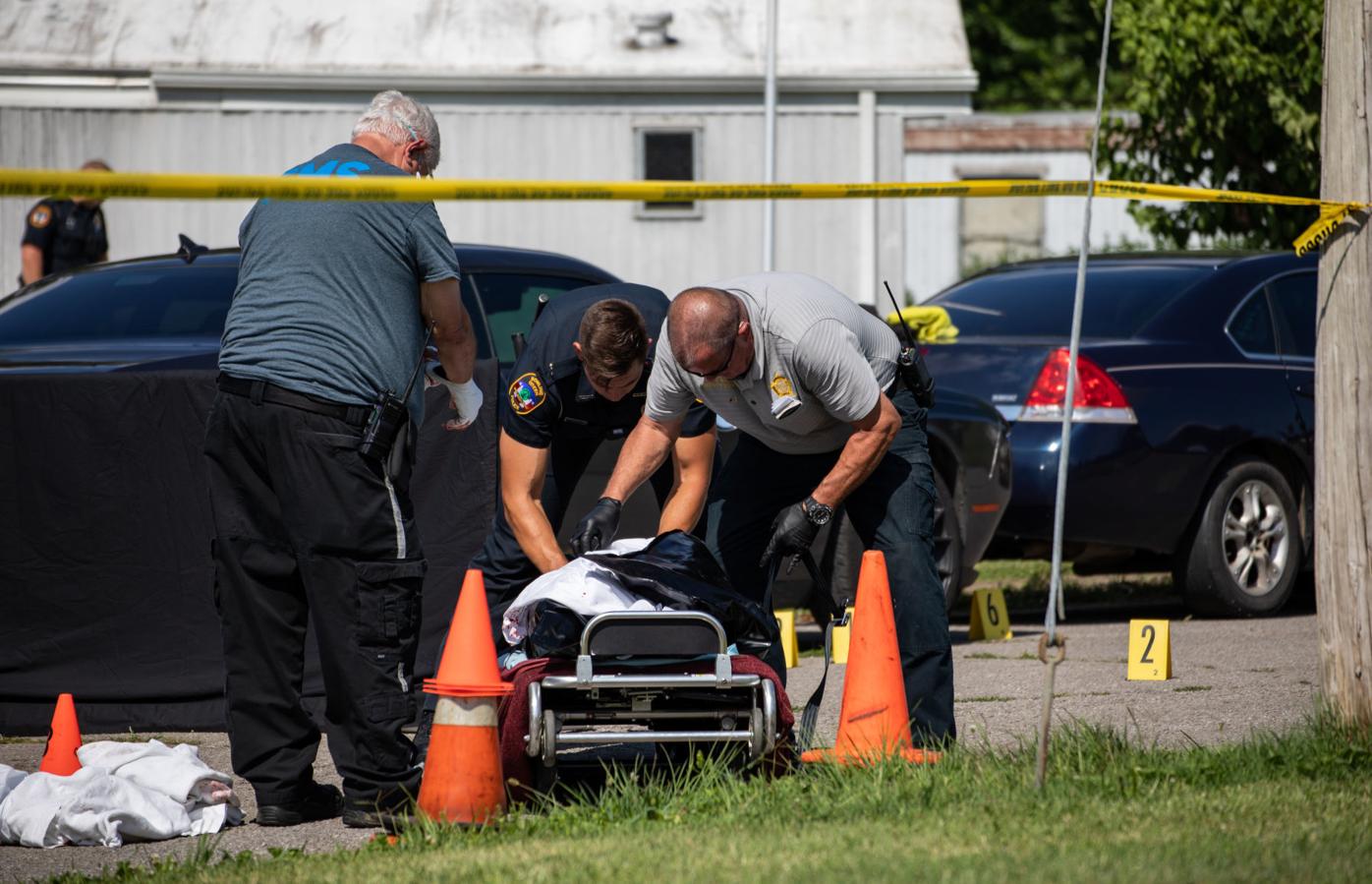 The Warren County Coroner moves the body of a male victim onto a gurney after the Bowling Green Police Department were called to the scene of a shooting at Mobile Terrace Mobile Home Park on Nashville Road on Wednesday, July 1, 2020. (Grace Ramey/photo@bgdailynews.com) 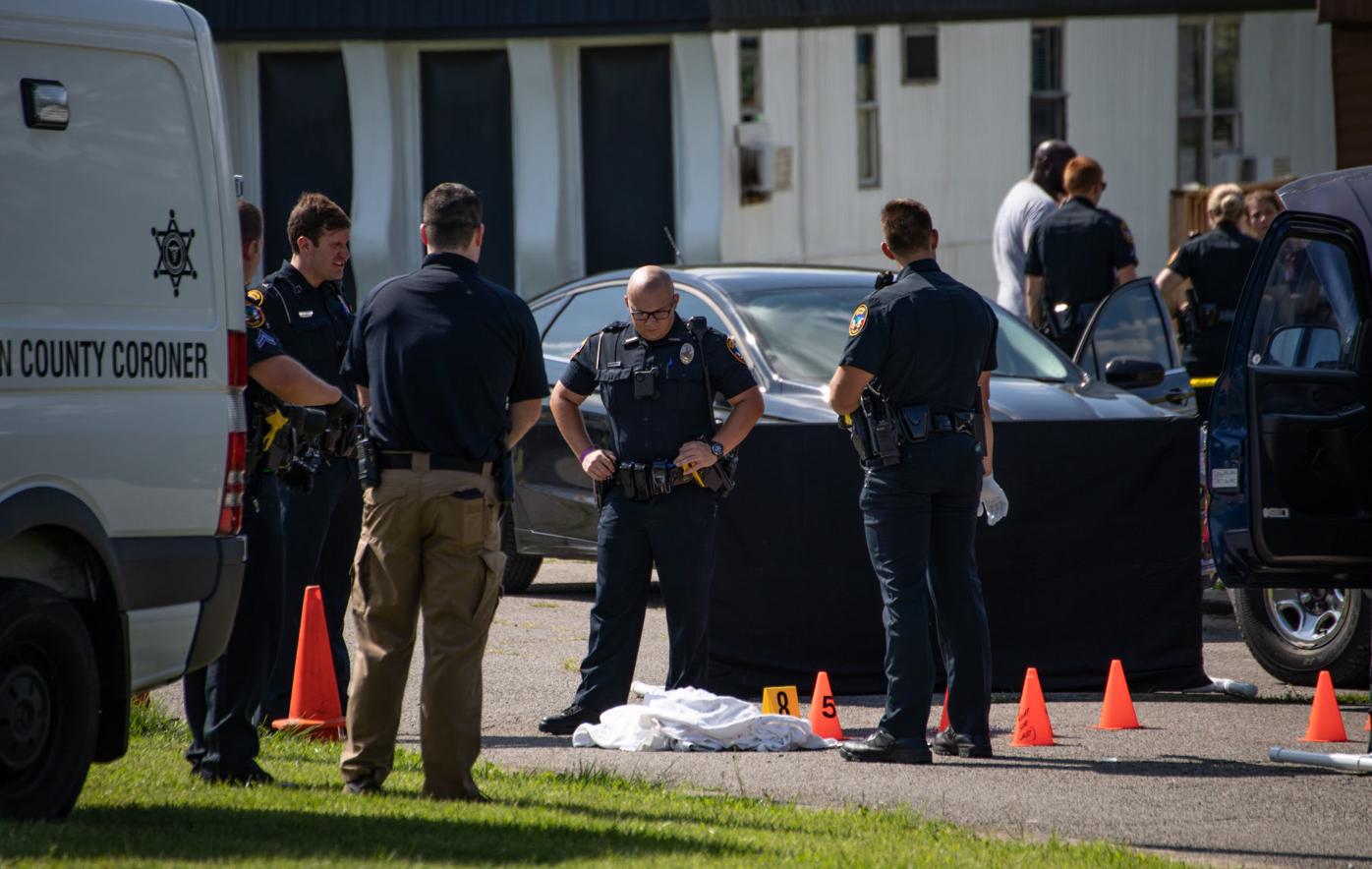 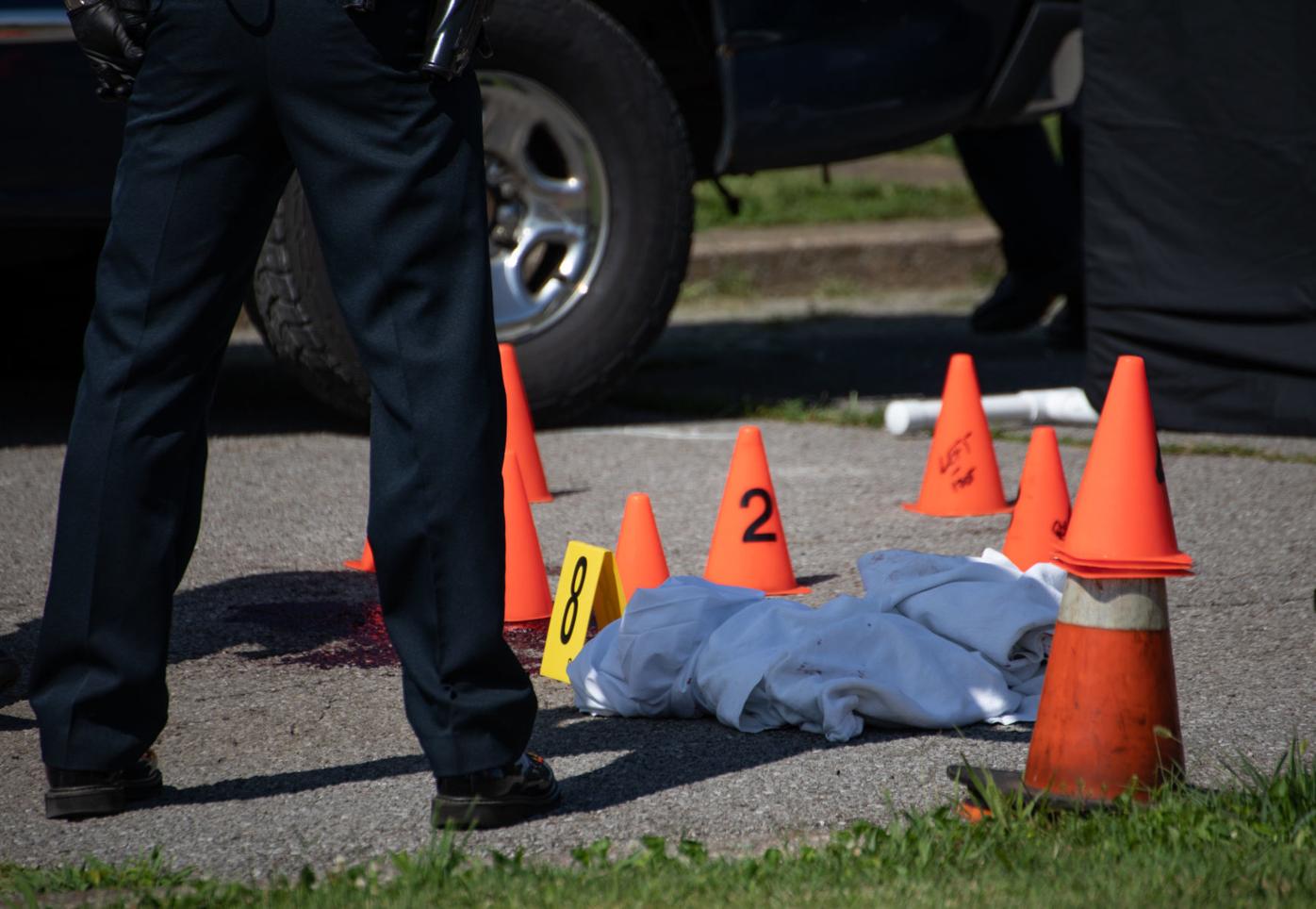 The Warren County Coroner moves the body of a male victim onto a gurney after the Bowling Green Police Department were called to the scene of a shooting at Mobile Terrace Mobile Home Park on Nashville Road on Wednesday, July 1, 2020. (Grace Ramey/photo@bgdailynews.com)

The Bowling Green Police Department was called at 2:46 p.m. to Lot 56 of the mobile home park at 3509 Nashville Road regarding shots fired.

A male victim was found dead on the road outside Lot 56 with a gunshot wound in the head, according to BGPD spokesman Officer Ronnie Ward.

At the scene, Briggs’ aunt Okemia Williams of Franklin said he enjoyed traveling and was “big on family,” especially his two siblings, his parents and his late grandmother.

Williams said she had spoken with Briggs earlier that day at a wake and given him a hug. “He was a well-rounded young man, he didn’t promote violence, he didn’t bother nobody,” Williams said.

The other victim was identified as Mark A. Dice Jr., 24, of Bowling Green.

Dice was taken to The Medical Center with a gunshot wound to the chest and was pronounced dead at the hospital, the BGPD said.

Several BGPD officers and crime scene processors were on hand as relatives of the victims gathered at the neighborhood over the course of the afternoon.

“Detectives are trying to talk to all the people here and nearby to see what we can learn from this and crime scene processors are also collecting all the evidence,” Ward said. “Once that’s done, hopefully we can get to work on identifying a suspect.”

Police had been advised initially about a vehicle that had left the scene, but learned later that the vehicle was not connected with the shooting, Ward said.

This story has been updated since its initial publication to correct the age of Latravion D. Briggs.

How sad! Where is BLM???? Considering the statistics would suggest there is a good chance the shooter is a young, black, male you probably won't hear a thing from BLM. If the shooter is white, it's game on!

Still nothing from BLM. How about Howard Bailey since he is the authority on how white people need to change? Any suggestions Howard?