You are the owner of this article.
Edit Article Add New Article
Home
News
Obituaries
Sports
Opinion
Classifieds
Jobs
e-Edition
Share This
Following President Donald Trump’s declaration of a national emergency amid the ongoing coronavirus outbreak, and in light of the numerous ways the pandemic is affecting day-to-day life in southcentral Kentucky, the Daily News has removed paywall restrictions from bgdailynews.com in order to provide area residents access to important information and reporting. Visit our coronavirus section.
1 of 8 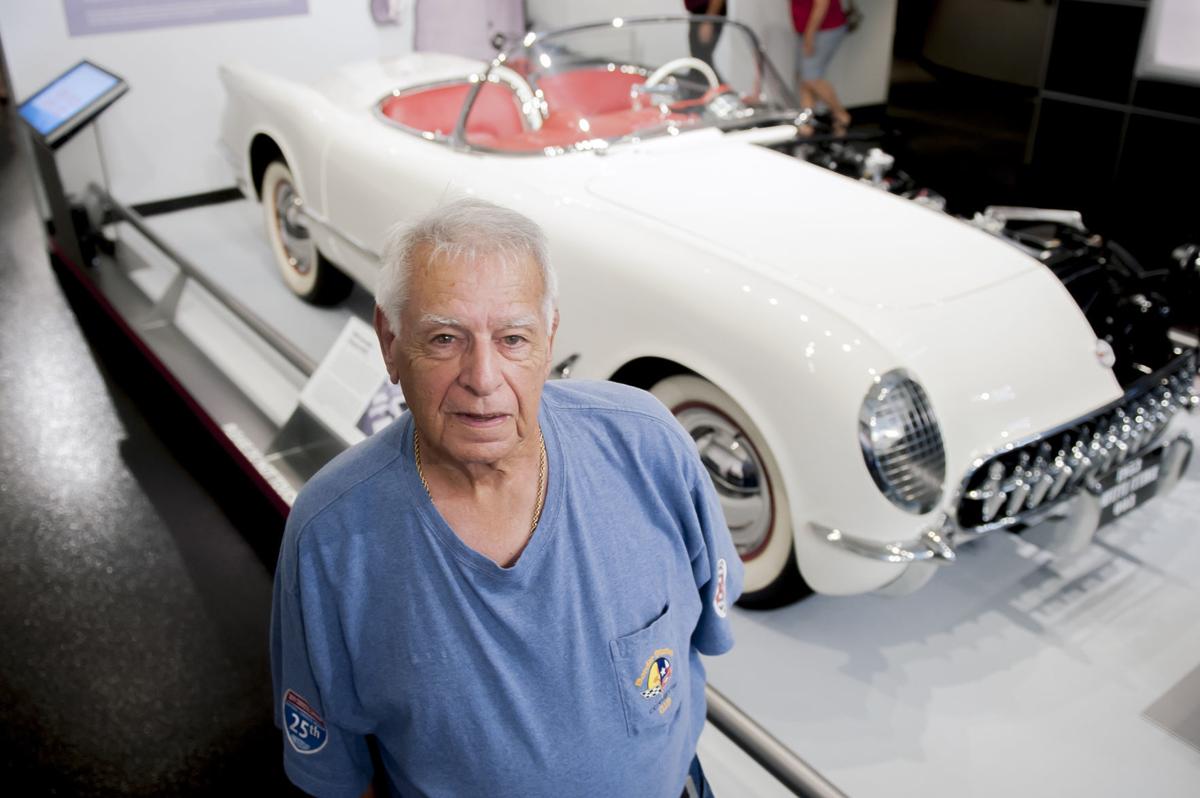 Ray Battaglini poses for a picture Wednesday, August 28, 2019, in front of a 1953 Corvette during the 25th anniversary celebration at the National Corvette Museum. (Bac Totrong/photo@bgdailynews.com) 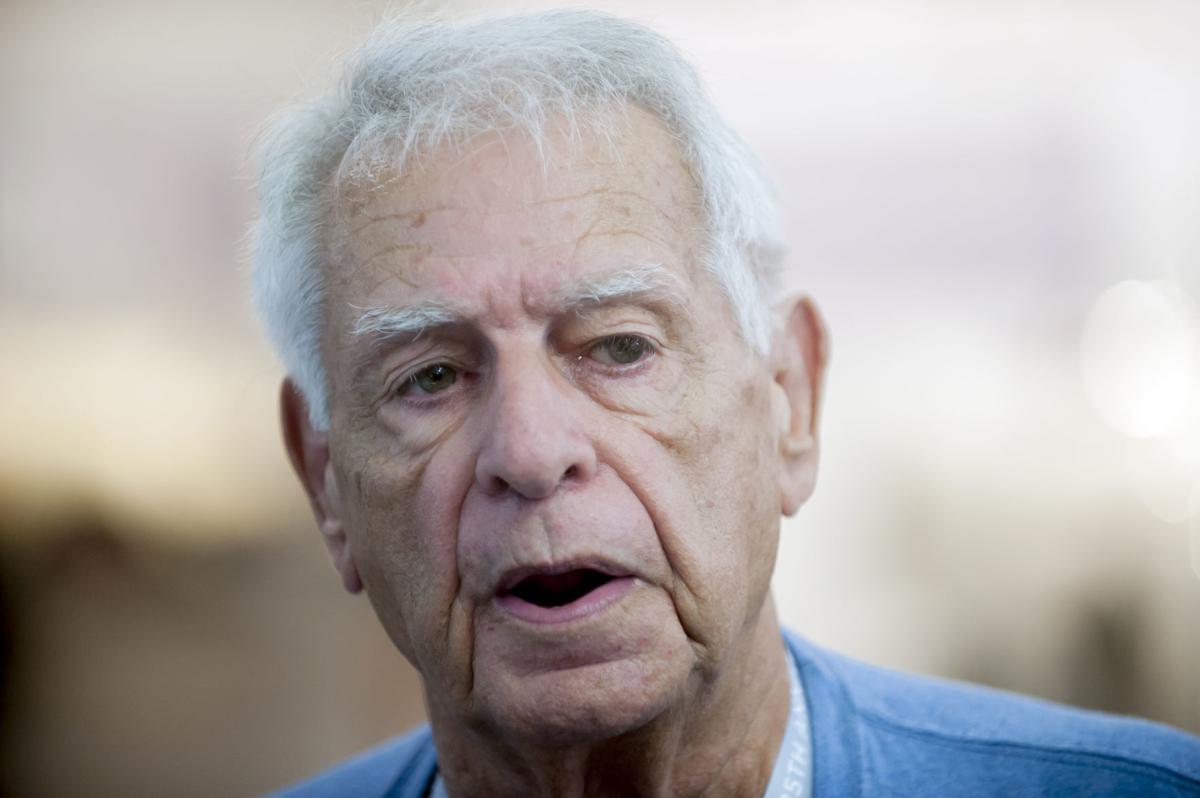 Ray Battaglini talks about the history of the National Corvette Museum Wednesday, August 28, 2019, during the 25th anniversary celebration at the museum. (Bac Totrong/photo@bgdailynews.com) 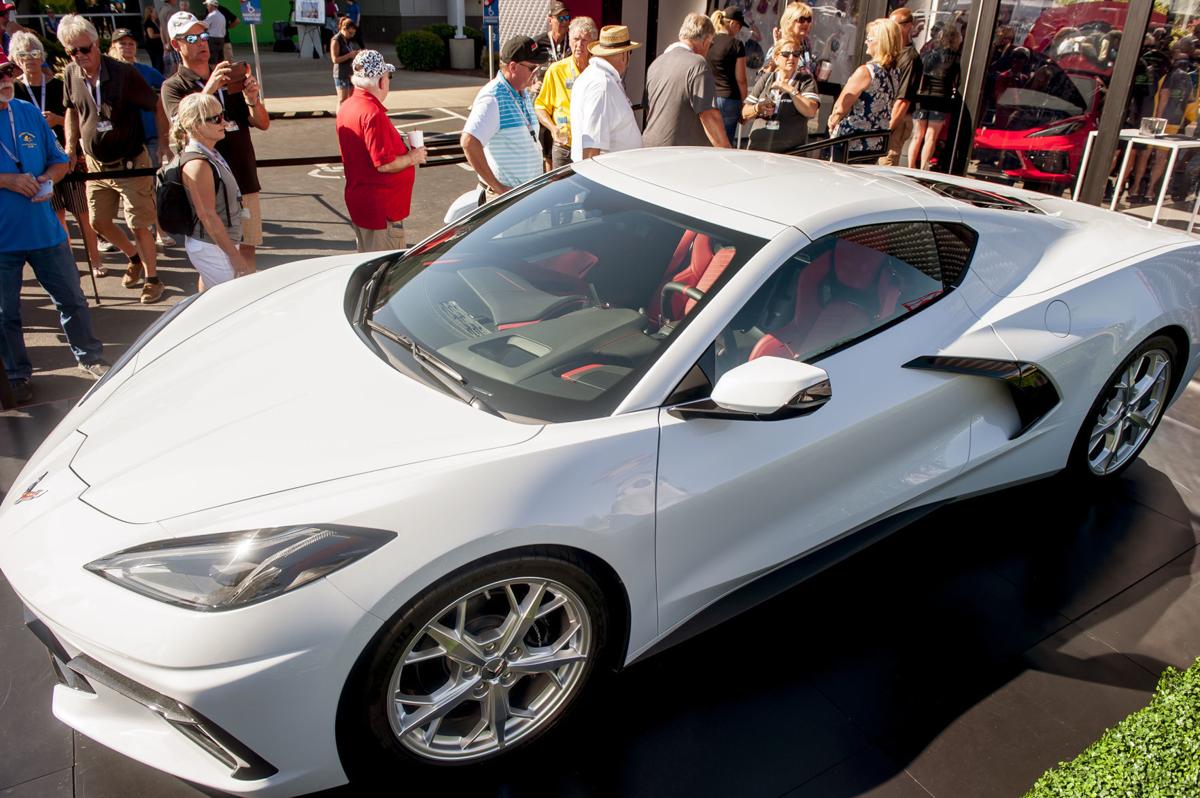 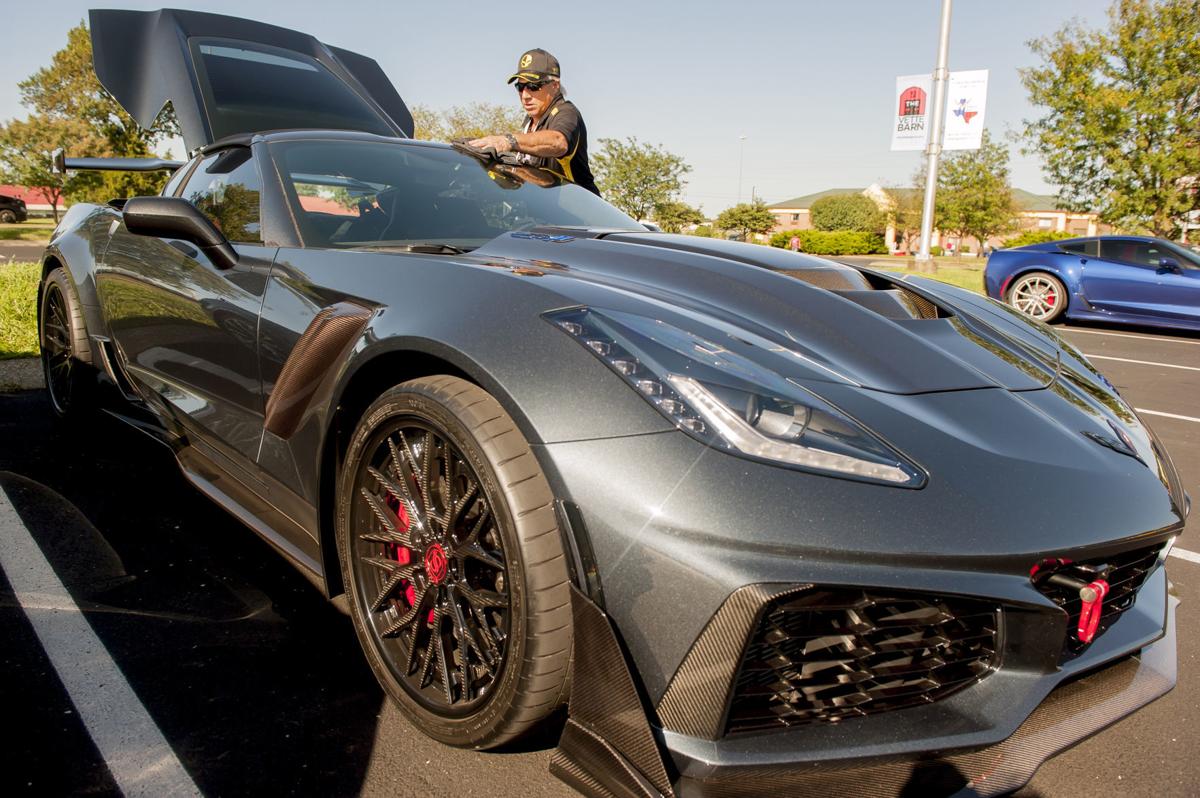 Duane Clark of Huntsville, Ala., cleans his 2019 Corvette ZR1 Wednesday, August 28, 2019, during the 25th anniversary celebration at the National Corvette Museum. (Bac Totrong/photo@bgdailynews.com) 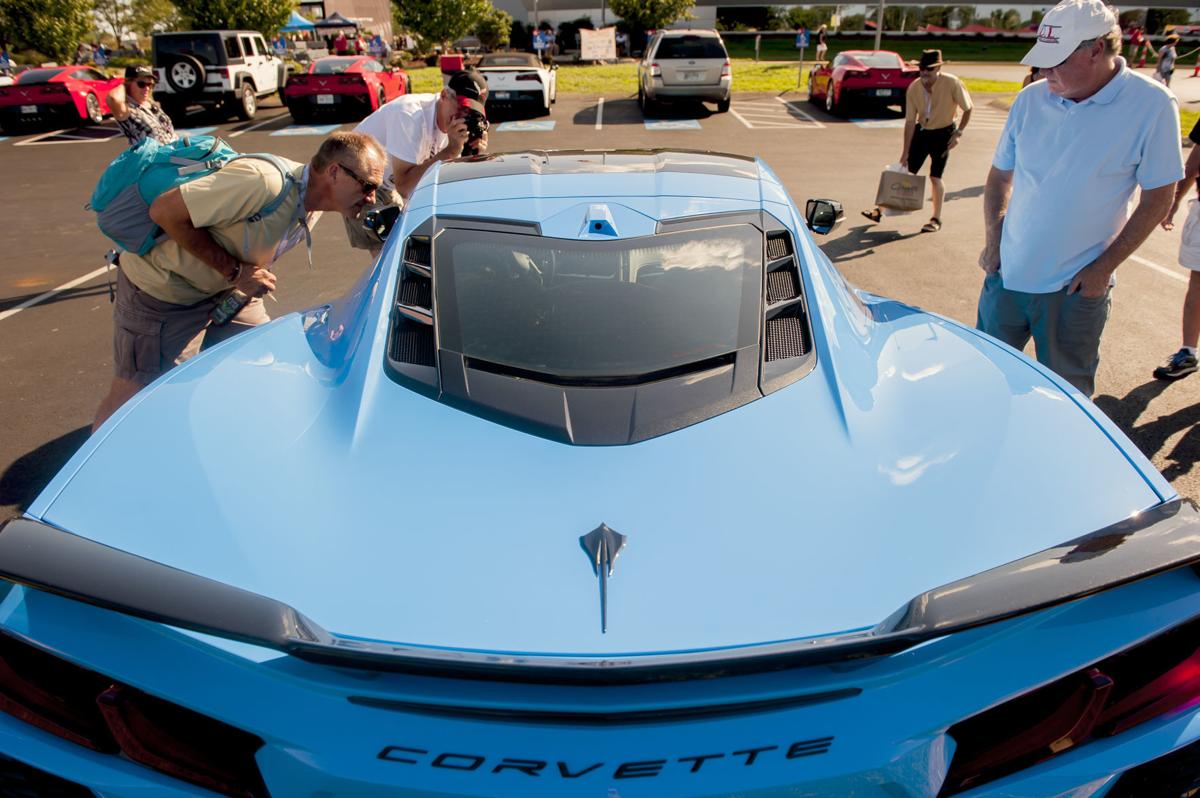 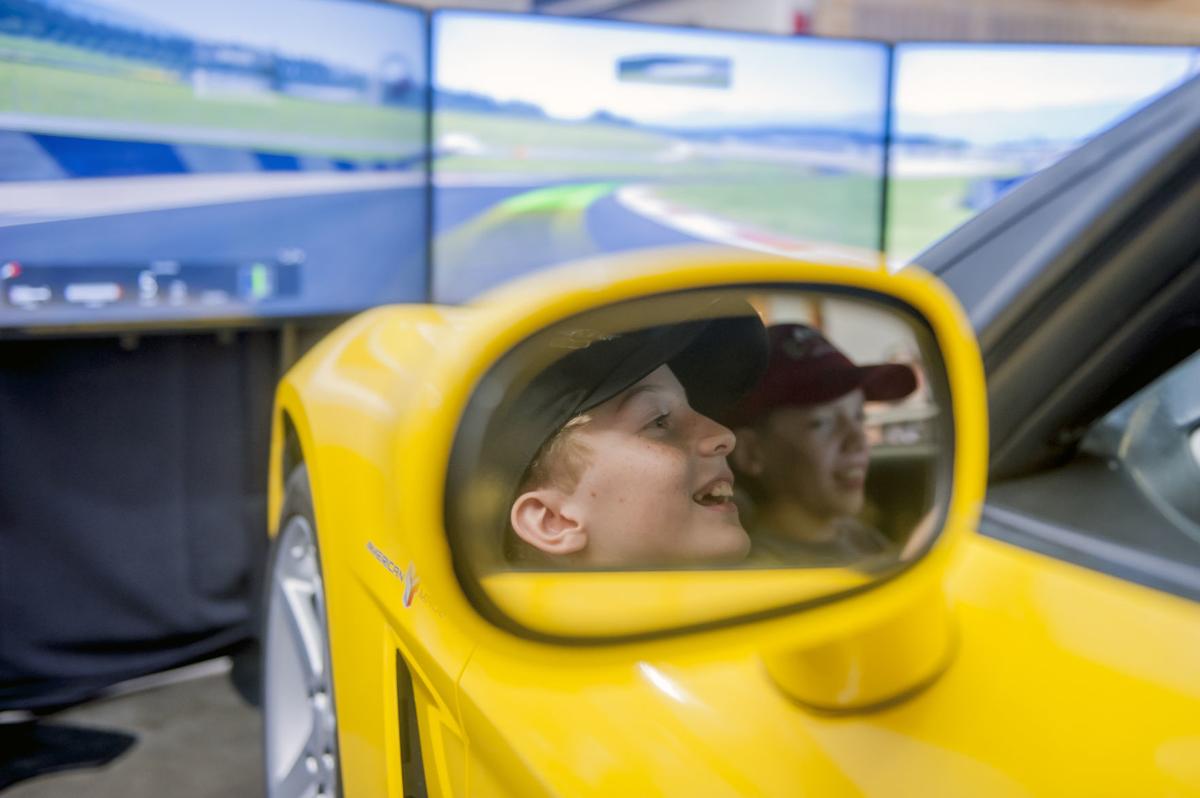 Toby Abbott (left), 11, and his brother Alex Abbott, 13, both of Guelph, Canada, drive on a virtual racetrack Wednesday, August 28, 2019, during the 25th anniversary celebration at the National Corvette Museum. (Bac Totrong/photo@bgdailynews.com) 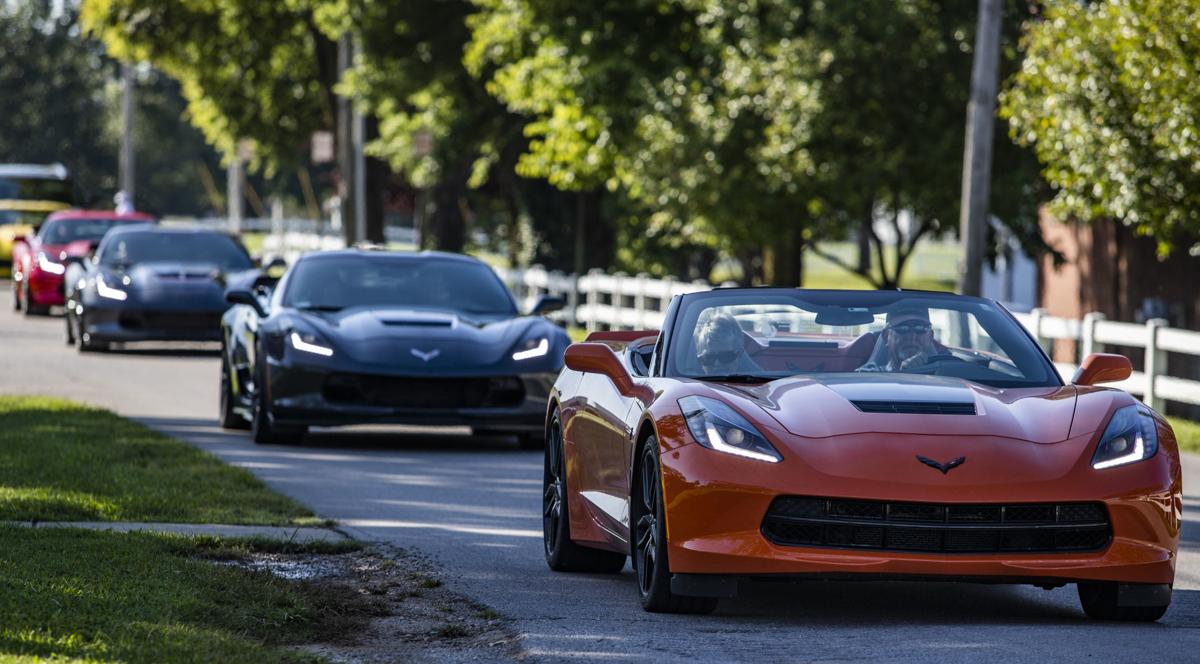 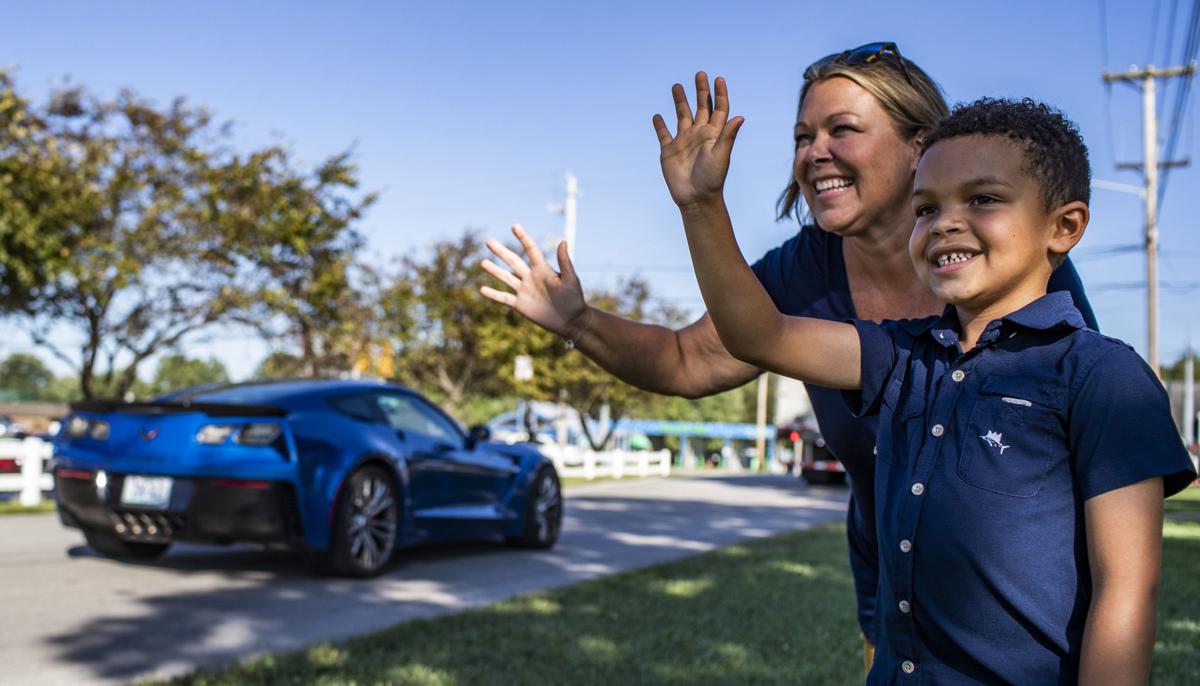 Ray Battaglini poses for a picture Wednesday, August 28, 2019, in front of a 1953 Corvette during the 25th anniversary celebration at the National Corvette Museum. (Bac Totrong/photo@bgdailynews.com)

Ray Battaglini talks about the history of the National Corvette Museum Wednesday, August 28, 2019, during the 25th anniversary celebration at the museum. (Bac Totrong/photo@bgdailynews.com)

Duane Clark of Huntsville, Ala., cleans his 2019 Corvette ZR1 Wednesday, August 28, 2019, during the 25th anniversary celebration at the National Corvette Museum. (Bac Totrong/photo@bgdailynews.com)

Toby Abbott (left), 11, and his brother Alex Abbott, 13, both of Guelph, Canada, drive on a virtual racetrack Wednesday, August 28, 2019, during the 25th anniversary celebration at the National Corvette Museum. (Bac Totrong/photo@bgdailynews.com)

Ray Battaglini’s baby is all grown up, and he couldn’t be prouder.

Battaglini was among more than 7,500 enthusiasts who drove their Corvettes to Bowling Green this week as part of the National Corvette Museum’s 25th anniversary celebration.

But while others were content to see the displays, visit the gift shop and maybe ogle the new midengine C8 Corvette that General Motors brought to the celebration, Battaglini had a different perspective.

The original chairman of the museum’s board of directors, Battaglini on Wednesday was like a parent watching the child he nurtured reach adulthood.

Now 80 and with homes in New Mexico and Scottsville, Battaglini joined the New Mexico Corvette Caravan that arrived in Bowling Green on Wednesday to witness a gathering expected to eclipse the record crowds from the 20th anniversary.

The sports cars flowing like life’s blood into the museum parking lot and the wall-to-wall crowd that packed the inside of the museum were a spectacle that Battaglini might have never expected to see when the museum was little more than a crazy idea shared by a small group of enthusiasts more than a quarter-century ago.

“It’s just overwhelming what this has become,” Battaglini said as he stood near the display of the 1953 Corvette that started what would become known as “America’s Sports Car.” “Some people commented early on that this could become the largest Walmart in Kentucky if we couldn’t get it off the ground. Financially, it has gone from just trying to keep the doors open to where it’s now a successful organization.”

Seeing the updated displays, the NCM Motorsports Park and the addition of new property that will allow the museum to expand seemed to make Battaglini appreciate the memories of the facility’s genesis.

“More than 30 years ago we started the process that led to this museum,” he recalled.

A Corvette lover who was involved in the New Mexico Corvette Association, Battaglini agreed in 1987 to serve on a committee charged with building a library for the National Corvette Restorers Society.

A visit to the vintage automobiles on display at the Auburn Cord Duesenberg Museum in Indiana quickly convinced Battaglini and a handful of NCRS members that they were thinking too small.

“The president of the NCRS asked me if I’d chair a committee to create a museum,” he remembers. “I developed bylaws and set up the museum as a New Mexico nonprofit organization. I was working for the American Heart Association, so I knew about nonprofits and raising money.”

The organizers considered five cities before deciding on Bowling Green – home of the General Motors Corvette Assembly Plant – as the best spot for the museum.

It took six years after Battaglini registered the New Mexico nonprofit before the National Corvette Museum would open its doors. In the meantime, he and other museum leaders created a museum annex along Scottsville Road in what is now a Mexican restaurant.

That temporary home to a handful of classic Corvettes and other memorabilia – mostly on loan – gave Battaglini a few headaches.

Recalling that the security cameras weren’t yet operational in that museum annex, Battaglini said: “I spent the night in there to protect the cars on display.”

When the $13 million museum was finally completed in 1994, Battaglini had a facility that could impress no less than the engineer called the “Father of the Corvette.”

Battaglini and Dan Gale, another member of the museum committee, took engineer Zora Arkus-Duntov through the museum shortly after it was completed.

“We walked Zora through the building, and he actually cried to see the displays,” Battaglini recalled.

But Battaglini also had a new worry – a load of debt that threatened the museum’s very existence.

“Our grand opening was almost our grand finale,” quipped Wendell Strode, who as a banker helped finance the museum and then served more than two decades as its executive director.

“Wendell was brought in to provide financial stability,” Battaglini said. “He was president of a bank.”

Once the doors opened and donations from Corvette enthusiasts and corporations picked up, the museum got its finances in order.

“Thankfully, we’ve been able to generate interest and support,” said Battaglini, who was inducted into the Corvette Hall of Fame in 2004. “It was one of those things where if you build it they will come.”

With the museum now on firmer financial ground, Battaglini is looking forward to more growth under the leadership of new president and CEO Sean Preston.

“He will bring a new vision to the museum,” Battaglini said. “I think that’s healthy.”

Hundreds of Corvettes are taking over the streets of Bowling Green during the 6th annual National Corvette Caravan.