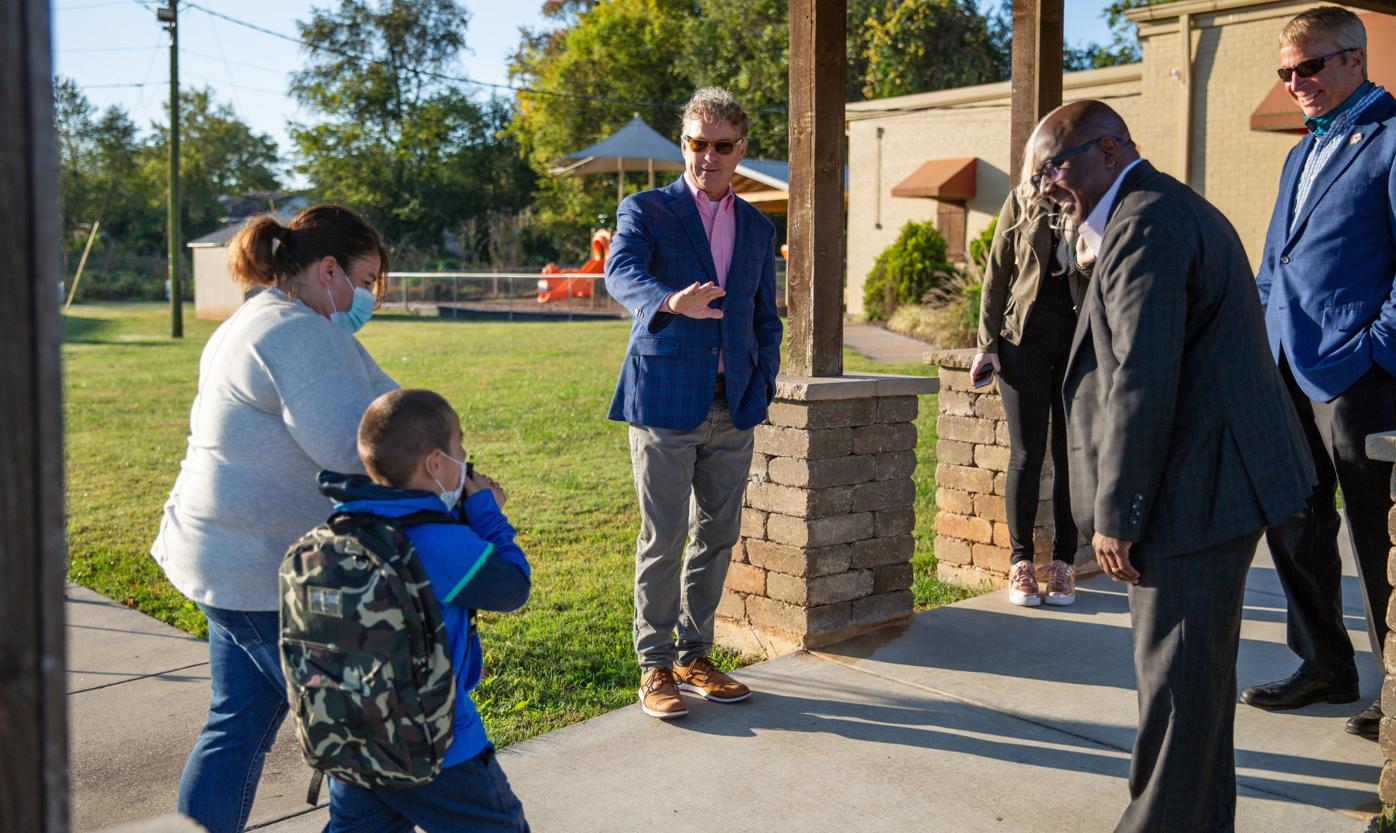 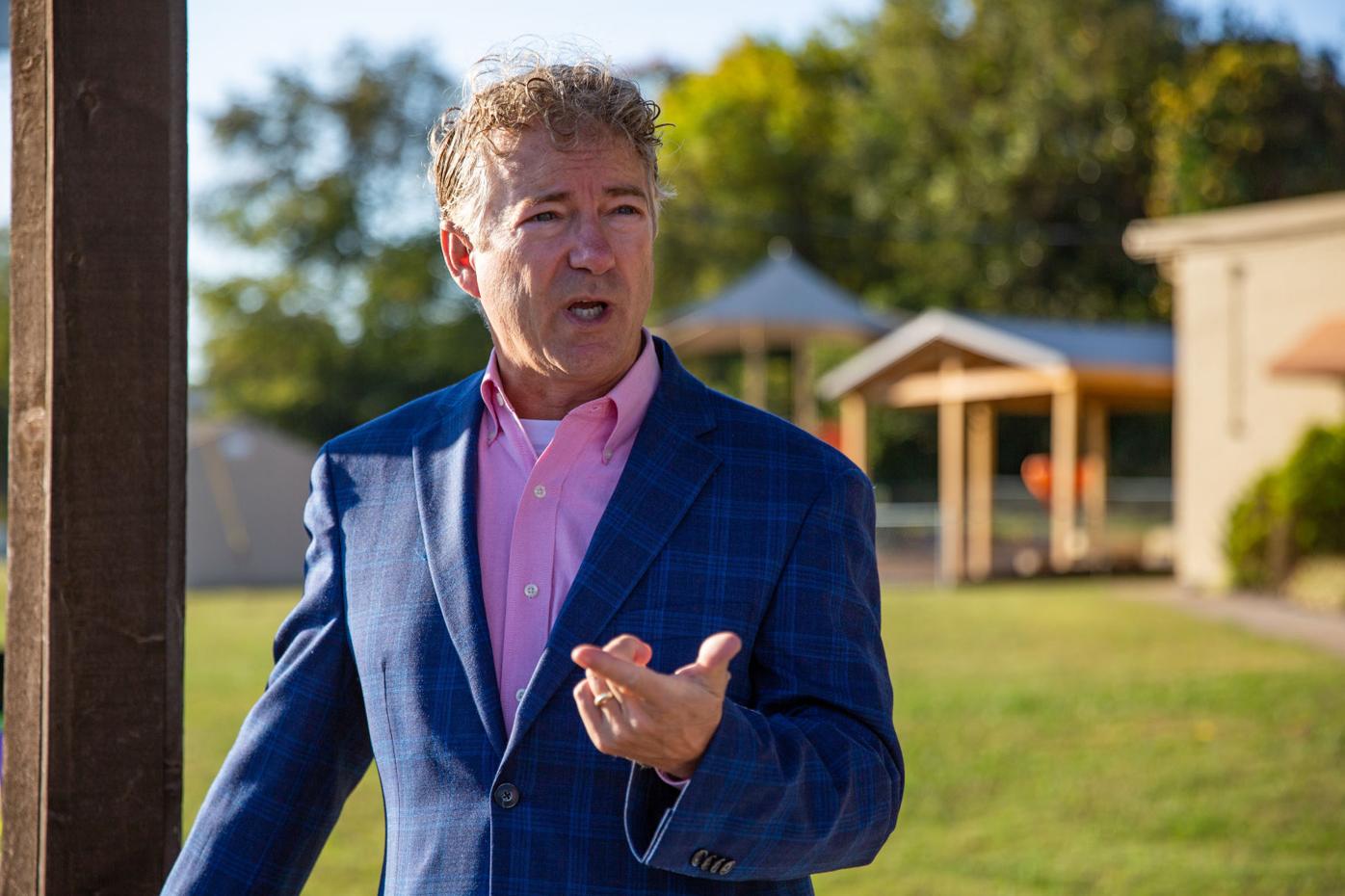 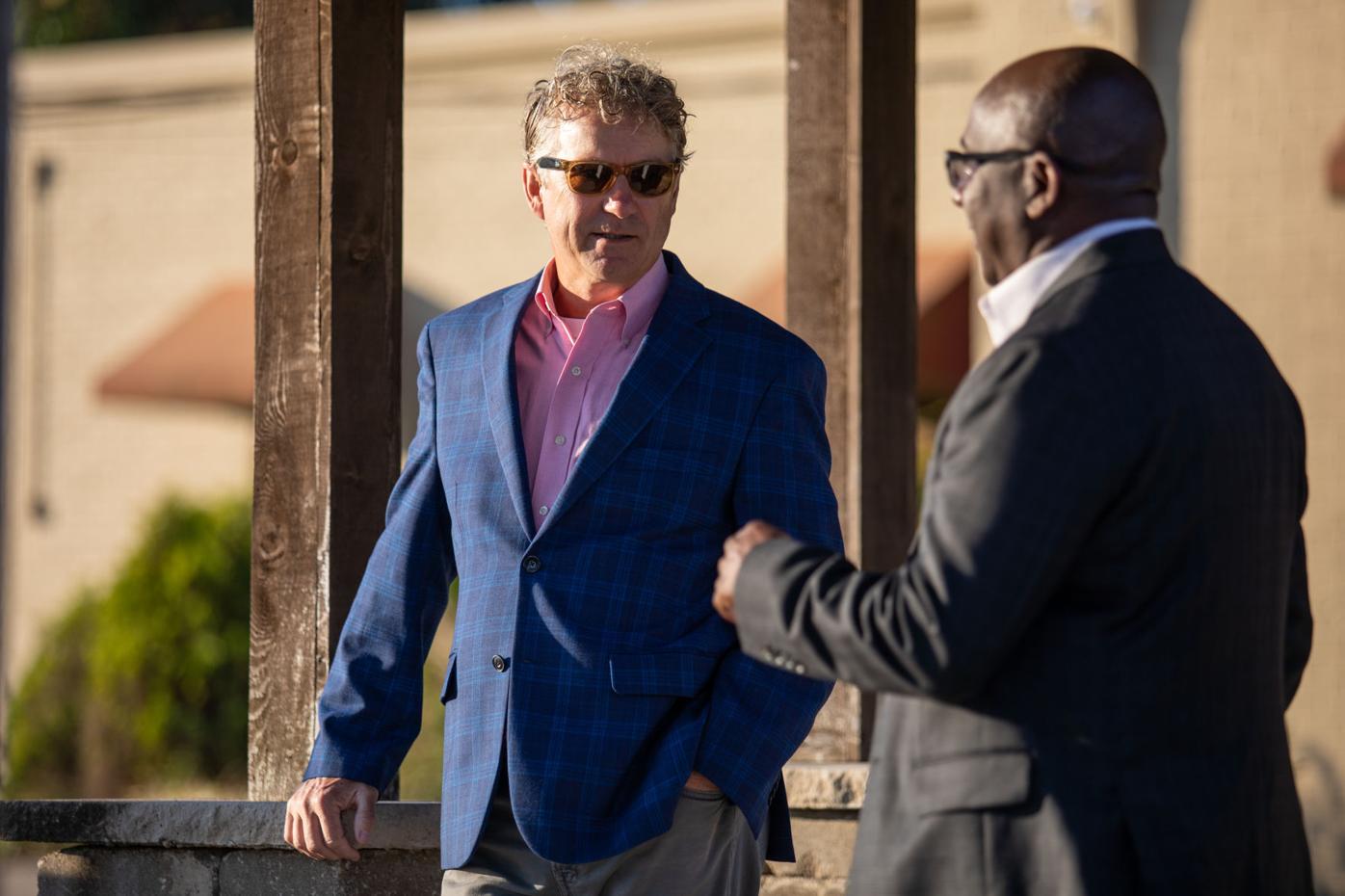 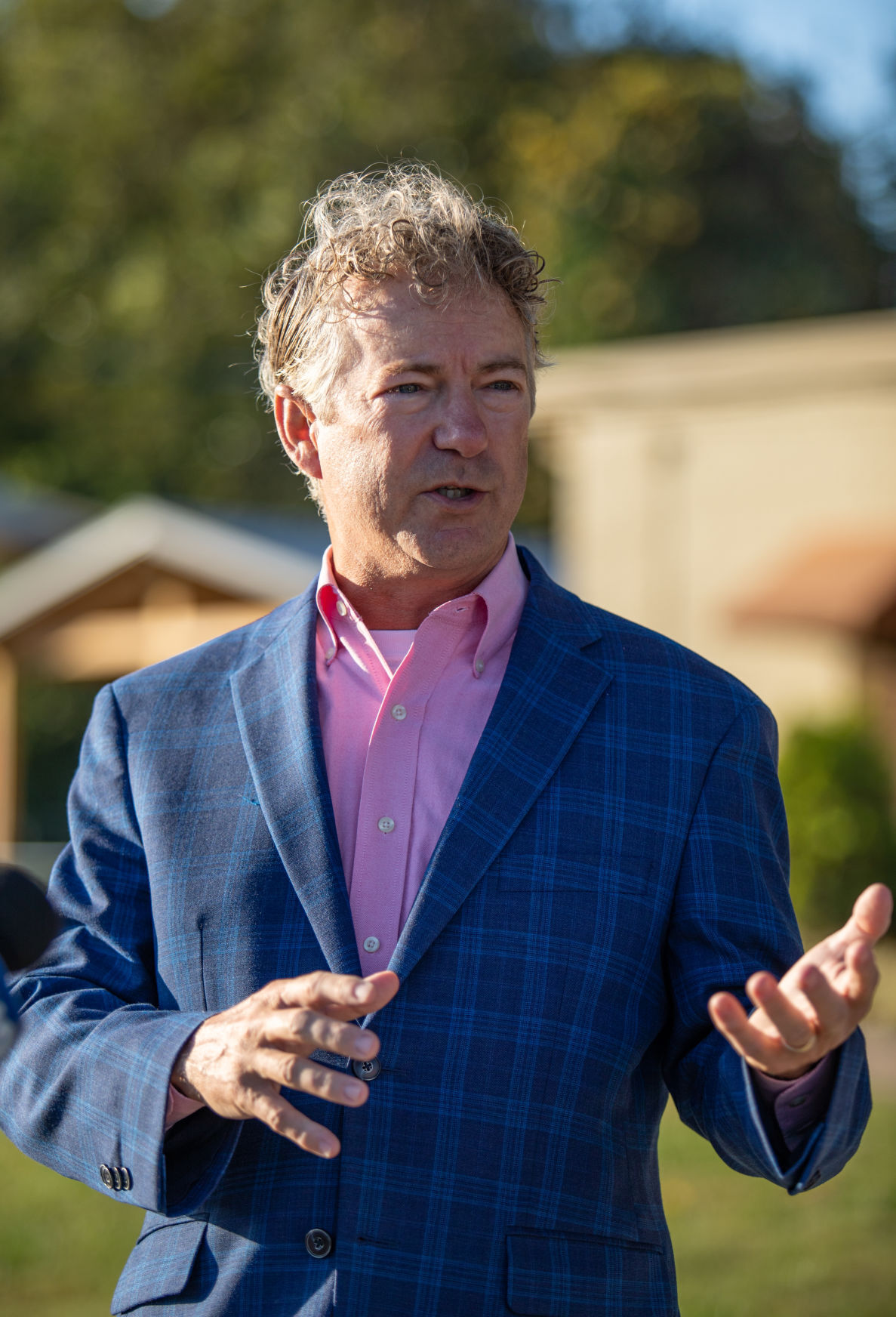 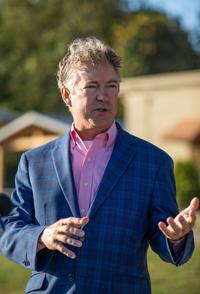 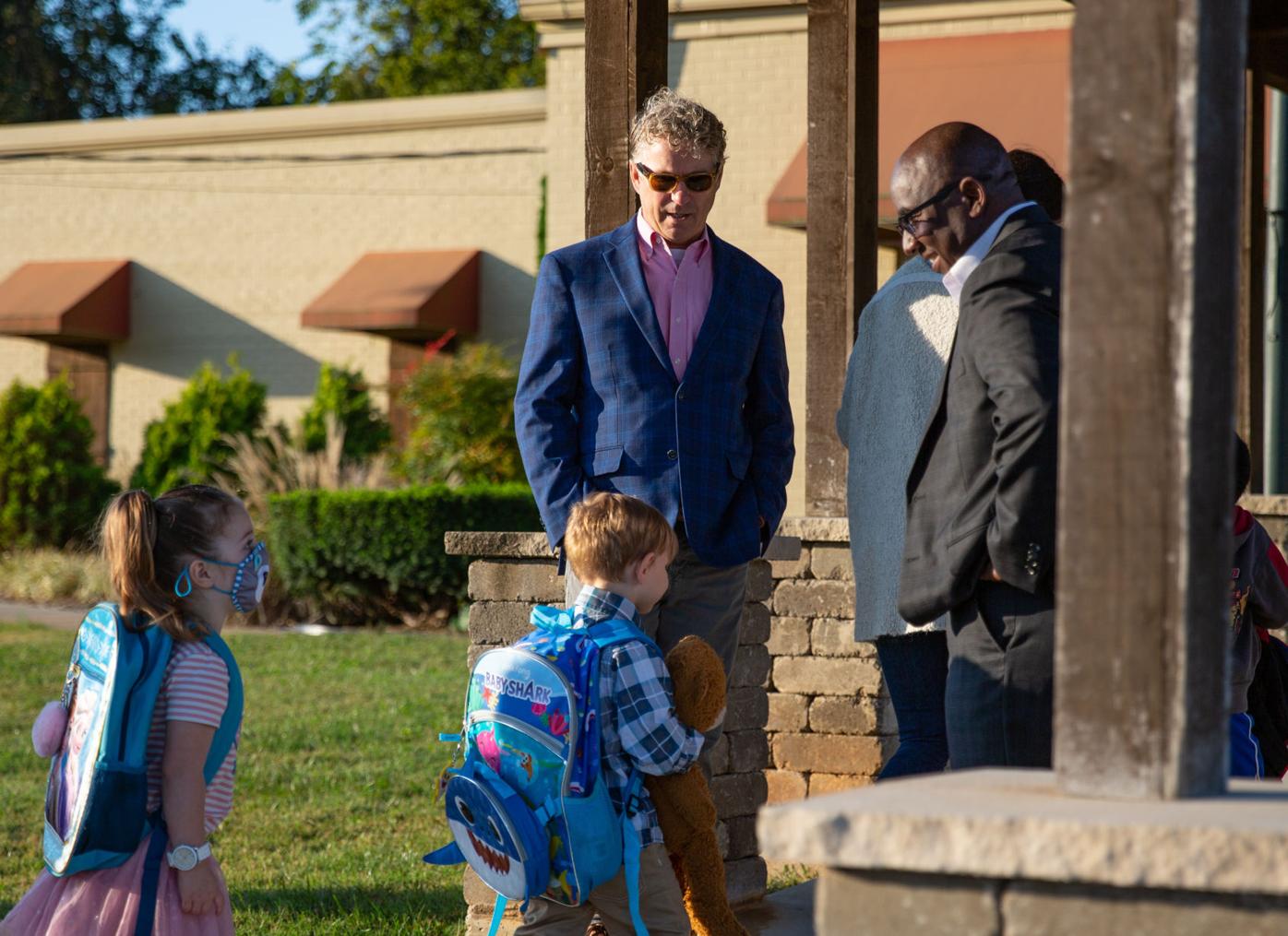 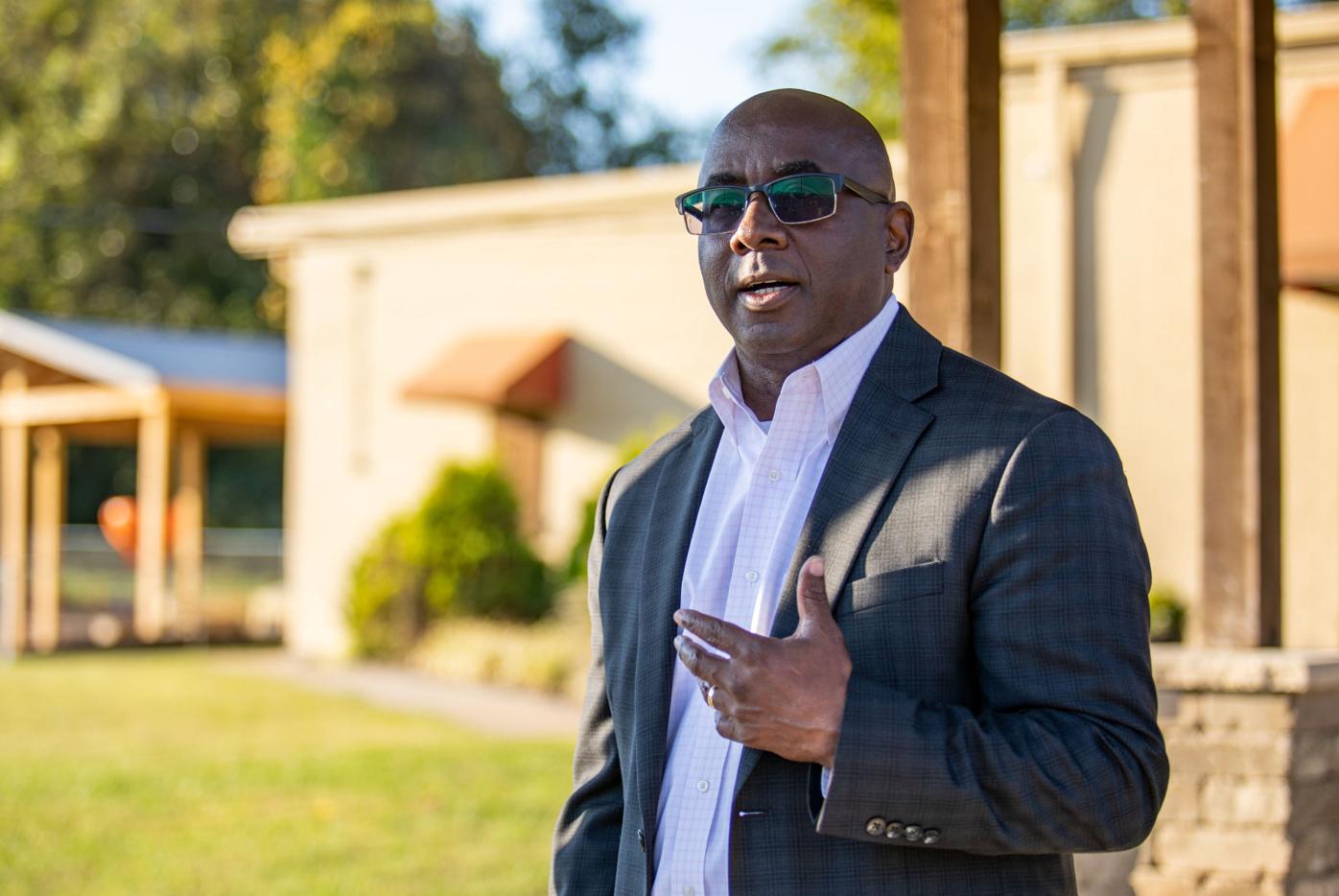 Given the coronavirus pandemic, the center is requiring 5-year-olds to wear masks. Masks are optional for younger children.

Speaking to reporters about the importance of early childhood education, Paul drew on a metaphor from his experience as an eye surgeon: If a child’s eyes weren’t healthy, brain development would also fall behind.

“It’s the same way with learning skills. You got to have that foundation, and this is incredibly important,” the Bowling Green lawmaker said, referring to The Foundry’s work.

Daniels joined Paul to speak about the center’s mission in the west end of Bowling Green, which is one of the city’s poorest neighborhoods.

“Our ministry here is really education, and so the more we get to do that, the more we make an impact in the west end,” Daniels said.

If a student can read at grade level by the time they reach the third grade, for example, they’ll be equipped to learn fifth-grade math and seventh-grade science, he said.

“We believe that we can really make an impact on the students, on their families, as well as the west end,” Daniels said.

Many of the center’s students are English learners. To help support their learning needs, Daniels said, The Foundry recently recruited Melanie Llontop, who previously taught ESL at Greenwood High School, as its education director.

“We’ve been able to adapt for every student that comes in the door, and we find that as we work with them and love them and teach them, they’re learning the concepts. So ESL has not been a challenge for us,” Daniels said.

With students back in school and returning to something of a new normal, Paul said young children aren’t as susceptible to contracting COVID-19 and less likely to spread it to adults. Many experience only mild symptoms or are asymptomatic.

Paul likened the COVID-19 pandemic to a “natural disaster” and a “calamity” and sought to cast certain aspects in a positive light.

With about 8 million Americans having contracted the disease, and perhaps more than that figure, Paul said “the good news is we have a lot of immunity out there.”

One key remaining question, however, is how long COVID-19 antibodies provide protection. There have been cases of reinfection, including the case of a 25-year-old Nevada man who tested negative and was reinfected less than six weeks later, according to The Guardian.

Paul also lamented what he described as bipartisan finger-pointing about who bears the responsibility for the coronavirus pandemic, which has now killed more than 215,000 Americans.

“When a flood happens, we don’t say, ‘Oh, it was the Republicans’ fault or the Democrats’ fault.’ We just try to kind of come together,” he said.

Asked about the potential for another round of stimulus spending and whether it will offer vital support to the nation’s schools, Paul noted the federal government has spent roughly $3.5 trillion, “but it was all money we didn’t have. It had to be borrowed.”

“I think we need to get the economy open so we can get all of our businesses going again,” Paul said, adding “the sooner, the better.”

Truly amazing how Rand Paul isn't wearing a mask. His stance on the coronavirus pandemic is appalling considering he is an M.D. His downplaying the recommendations directed by the WHO and CDC is negligent to the American public. To further add to his poor judgement, he paraded around after taking a COVID test to find later he was positive, possibly infecting others with his reckless disregard. We could do better.