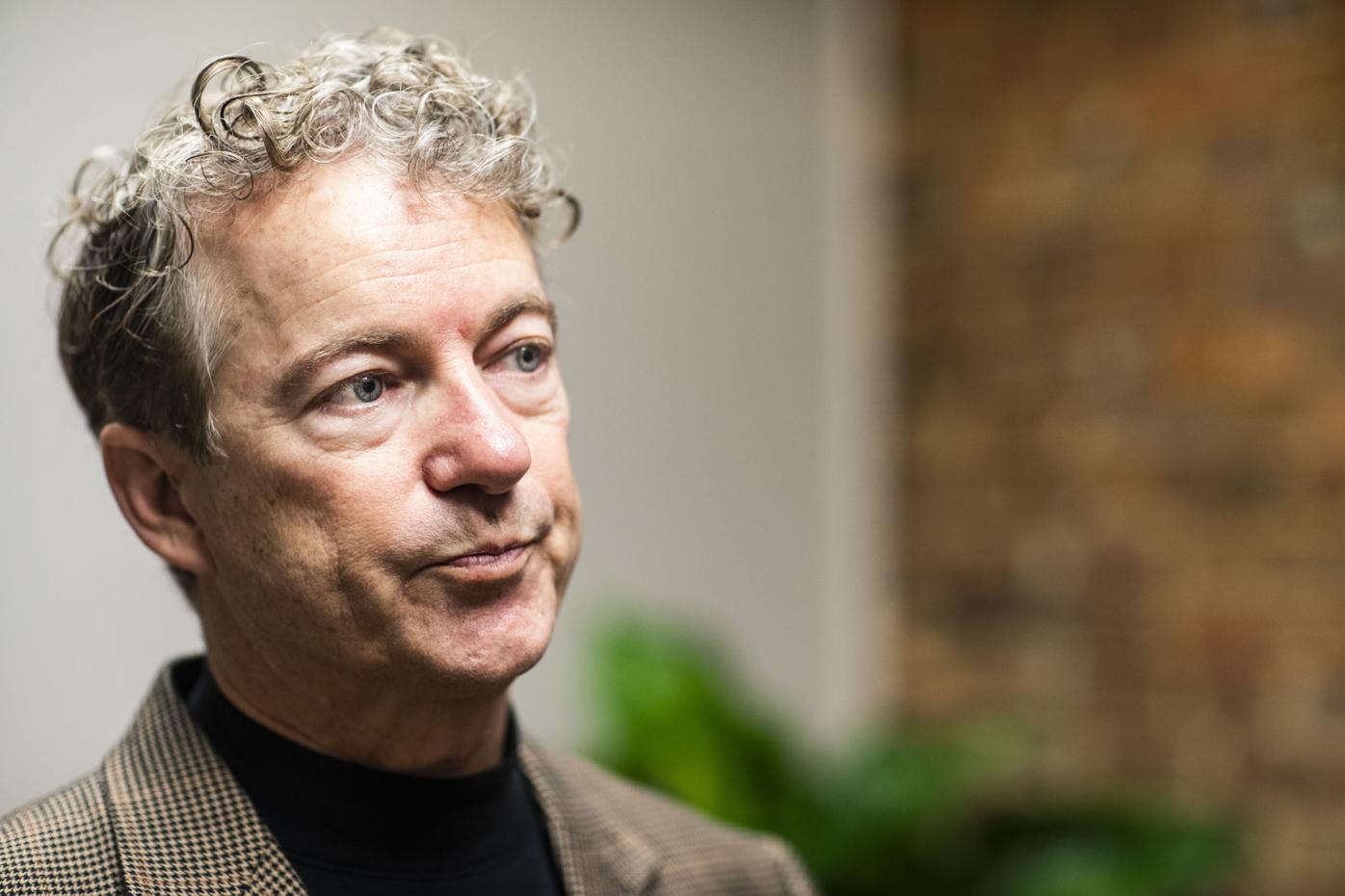 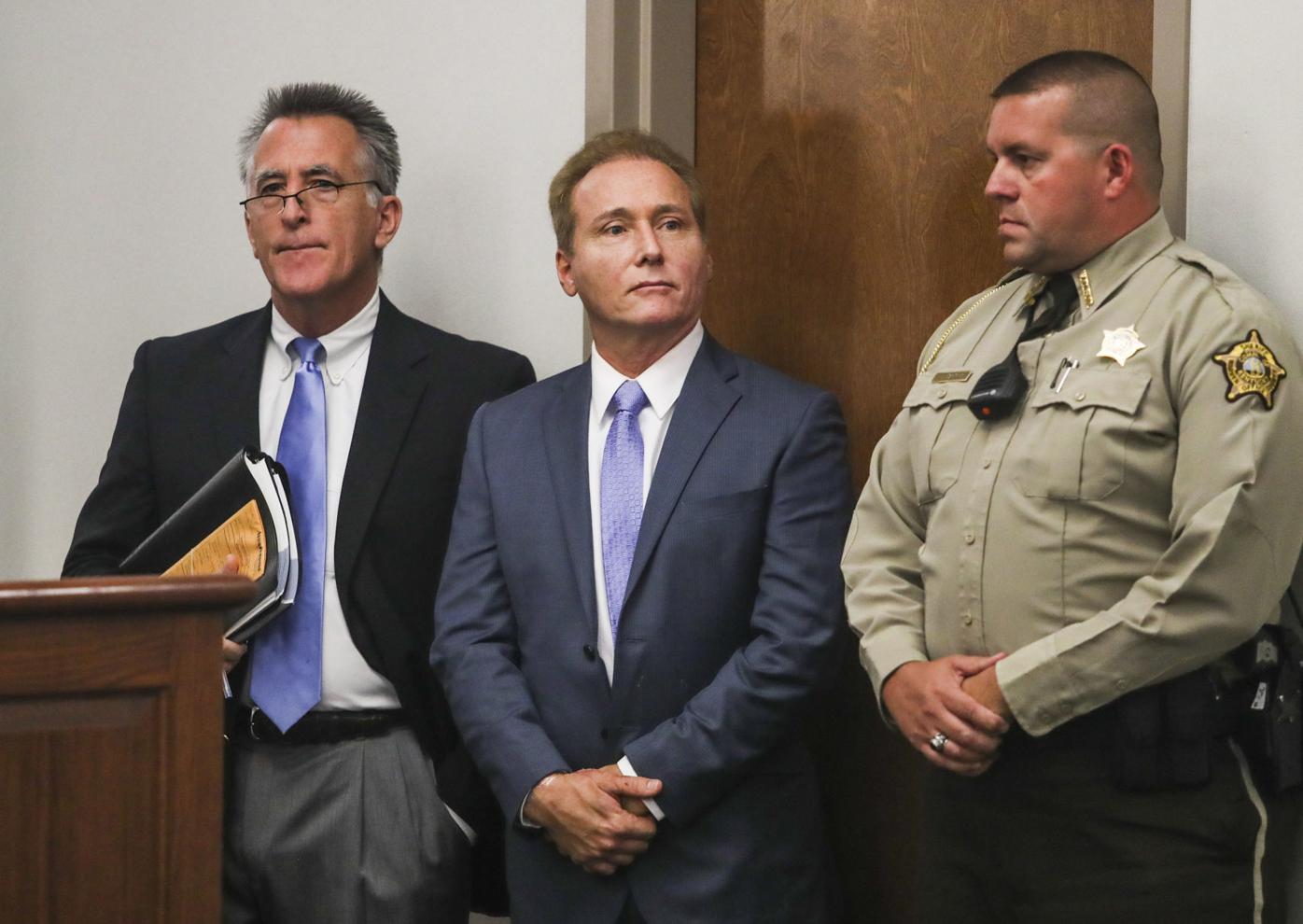 The Republican lawmaker from Bowling Green is suing Boucher for damages related to injuries he suffered from being tackled by Boucher on Nov. 3, 2017, on his property in Rivergreen subdivision.

Boucher, who was convicted in federal court of assaulting a member of Congress, has been held liable in the civil case by Special Judge Tyler Gill, and a jury trial in Warren Circuit Court to determine how much Boucher is to pay in damages is set for Jan. 28.

On Wednesday, attorney Tom Kerrick filed a motion on behalf of Paul to exclude several subjects from coming up at the trial on the grounds that they are irrelevant and would distract the jury from its task of determining damages.

Paul’s political beliefs should not be raised as an issue at trial, Kerrick argues, saying that Boucher has testified that his tackling of Paul was not politically motivated.

“Any reference to Senator Paul’s detailed political positions could only serve to alienate potential jurors who do not share his beliefs,” Kerrick said in his motion.

Prior testimony and court records indicate Boucher had been bothered by the senator moving loads of tree trimmings and yard waste to a spot near the property line that they share on multiple occasions before the tackle.

Kerrick, though, is requesting that Gill prohibit Boucher and his attorney, Matt Baker, from introducing evidence, bringing out testimony or providing arguments about the conditions of Paul’s yard.

Kerrick argues that Boucher’s motive for tackling Paul is not relevant to the question of how much in compensatory damages Paul should receive and should not factor in the jury’s decision on whether to award punitive damages.

Boucher testified at a recent deposition that he tried to approach Paul “on two or three occasions regarding the condition of the Pauls’ yard,” only for Paul to turn around and walk back into his house, according to court records.

No formal complaint was made with the Rivergreen Homeowners Association.

“At trial, (Boucher) is likely to attempt to frame this case as merely a dispute between neighbors that escalated out of hand,” Kerrick said in his motion. “If anything, discovery has revealed that this ‘dispute’ was entirely one-sided, existing only in (Boucher’s) mind. The condition of Dr. Paul’s yard in the years, months and weeks preceding defendant’s attack has no bearing upon the damages he is entitled to receive.”

In other filings in the civil case, Paul disclosed he has incurred medical bills and expenses totaling $3,688 and has scheduled a hernia surgery to be performed next week in Canada, which could cost an additional $5,000 to $8,000.

Paul has also requested a maximum of $500,000 in compensatory damages and $1 million in punitive damages.

The upper limit of damages requested by Paul should not be mentioned at trial, with Kerrick arguing that the disclosure of maximum amount requested by the senator should not act “as a replacement for the jury’s discretion” when it determines damages.

Prior settlement discussions, including Boucher’s offer to settle that was filed in November and rejected by Paul, are also targeted for suppression in Kerrick’s motion, along with mention of prior malpractice claims against Paul and prior professional disputes between Paul and Boucher.

According to court records, Boucher testified that he worked in operating rooms with Paul around 2001 and 2002 and that Paul became upset on one occasion because Boucher would not place a patient under anesthesia before another surgeon participating in a procedure had arrived at the hospital.

Boucher also mentioned another occasion in which Paul reportedly got upset at a delayed operation, but Boucher has not testified that the professional disputes figured into last year’s incident, and Paul did not recall the disputes, according to Kerrick.

Gill will hear the motion at a hearing set for Tuesday.