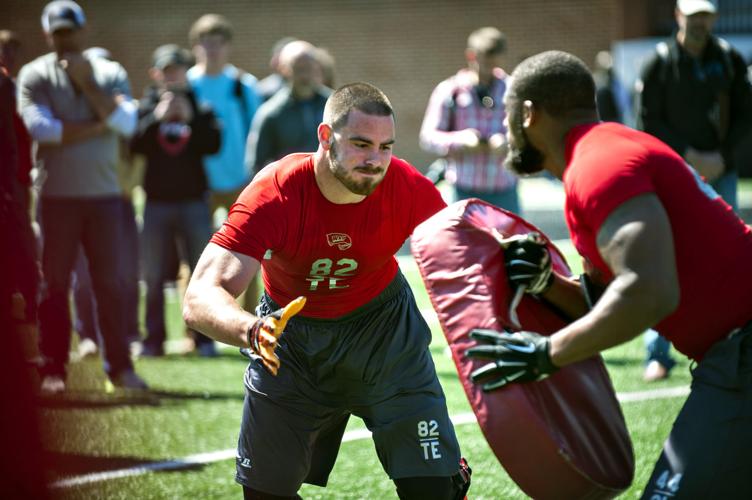 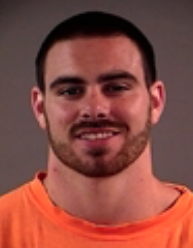 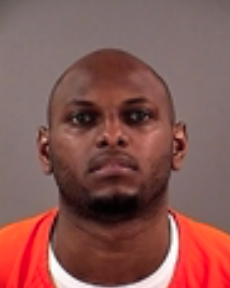 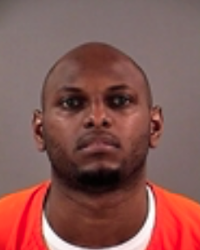 "The characterization of the events that occurred as being racially motivated are very disturbing and completely false," Lowder said in the statement. "This was a situation which involved justifiable use of force to protect himself and his girlfriend from the physical force and imminent use of physical force by the other party involved. Mr. Alsaleh started a confrontation by his actions toward Mr. Higbee's girlfriend while the two were waiting in line to purchase food. Mr. Alsaleh escalated the confrontation when he engaged Mr. Higbee by making physical contact with him and began shouting Arabic in what Mr. Higbee perceived to be in a threatening manner. Mr. Alsaleh then shoved Mr. Higbee's girlfriend.

"At that point, Mr. Higbee neutralized the physical force and threats of physical force by striking Mr. Alsaleh one time. Mr. Alsaleh apparently fell which resulted in the head injury. Mr. Higbee strongly disputes the allegation that he made an attempt to evade the police. Although he left the scene, he immediately responded to an officer's request to stop and cooperated in the investigation thereafter. There are other allegations in the narrative report that was released to the media which will be addressed at the appropriate stages of the criminal process.

"Mr. Higbee is a great young man and has an exemplary record with no criminal history other than a traffic violation. On the other hand, Mr. Alsaleh has a documented history of poor decisions while under the influence of alcohol including two recent DUIs wherein he blew more than twice the legal limit. Mr. Alsaleh currently has an active warrant pertaining to one of his charges."

Nawaf Alsaleh, 24, has been arrested twice in Bowling Green for driving under the influence of alcohol - most recently Feb. 20 and previously Sept. 5, 2014. He is a student at Western Kentucky University.

In the 2014 incident, Alsaleh was also charged with leaving the scene of an accident after striking and knocking down a light pole while driving under the influence. In that instance, he was sentenced to eight days of house arrest.

In the Feb. 20 incident, Alsaleh was arrested for driving under the influence on Normal Street. He was released on a $2,000 bond and later sentenced to nine additional days in jail, which he completed over the subsequent three weekends.

As for the active warrant Lowder alluded to, an active bench warrant was issued March 2 for Alsaleh's failure to pay a $200 cash bond.

The Daily News was unable to confirm if the warrant remains active for Alsaleh, who was jailed twice after the warrant was issued.

Higbee was arrested at 2 a.m. Sunday and charged with second-degree assault, alcohol intoxication in a public place and second-degree fleeing or evading police.

Higbee, 23, was booked at Warren County Regional Jail at 2:41 a.m. Sunday and held on a $10,000 bond until he was released at 3:15 p.m. Sunday, according to records available on the jail's website. As of Monday morning, no court date had been set for Higbee.

According to the Bowling Green Police Department report – which includes conflicting reports from Higbee, his girlfriend and witnesses – officers "responded to an assault at Tidballs ... where the victim was knocked unconscious during a fight."

The alleged victim, Nawaf Alsaleh, "was lying unconscious in the parking lot of Tidballs with blood running from his mouth," the report said.

After speaking with multiple witnesses and identifying Higbee as a possible suspect, the BGPD officer saw Higbee and two other subjects walking near United Furniture on State Street, according to the police report.

The officer searched for the subjects until observing them again running through the parking lot of Mellow Mushroom toward East 11th Avenue.

"I engaged in a foot pursuit and yelled loudly, 'Police, stop! Police, stop!' " the officer wrote in the report.

Higbee "smelled strongly of alcoholic beverages" and "was unsteady on his feet and his speech was slow and heavily slurred," according to the report.

Higbee denied being at Tidball's to the officer – stating that he'd been at Dublin's on State Street – and said he hadn't been in an altercation. The officer "observed a cut with what appeared to be fresh blood on Higbee's right hand."

Higbee was detained at that point and agreed to speak with the officer.

Higbee told the officer that "an individual of Middle Eastern descent was bothering" Higbee and his girlfriend – who was with Higbee when contacted by the officer – at Dublin's.

"Higbee advised (Alsaleh) was rubbing his head against he (and his girlfriend's) faces and was told to stop multiple times," the officer wrote in the report.

Higbee told the officer that he and his girlfriend left Dublin's to get food at the Shogun food truck in the parking lot of Tidball's when Alsaleh approached them again, according to the report.

Higbee stated that Alsaleh got in the "personal space" of him and his girlfriend "and was calling his friends telling them to come to their location to fight Higbee."

"I asked Higbee how he knew that because Higbee said Alsaleh was speaking in a language he did not understand," the officer wrote in the report. "Higbee said that he 'just knew.' "

Once at the jail, Higbee told the officer "that Alsaleh never tried to fight him or come after him as if he was going to harm him. Higbee just said that Alsaleh got into his and (his girlfriend's) personal space so he hit Alsaleh," according to the report.

Alsaleh remained unconscious through the entirety of the police's investigation, according to the report.

"The Medical staff at the Medical Center stated that through tests, they determined that Alsaleh had a concussion as well as a hemorrhage in his brain or a brain bleed," the officer wrote in the report. "Alsaleh's blood pressure also remained in the 40's while receiving treatment at the Medical Center. Due to the seriousness of his injuries, Alsaleh was flown to (TriStar Skyline Medical Center) in Nashville."

According to the report, the officer checked on the alleged victim's status Monday morning, and "all they would release is that he is still sedated and unresponsive, and that his vital signs are stable."

A representative from Skyline Medical Center told the Daily News on Monday afternoon that Alsaleh was listed as a patient in the hospital's Neuro Intensive Care Unit, but declined to release any more details of his status.

Higbee's girlfriend told police that Alsaleh had been "acting creepy" and "coming onto" her.

She "affirmed that Higbee had punched Alsaleh though she had turned way right as it happened." The girlfriend "said she tried to help Alsaleh and she 'felt sick' that he fell and hit his head so hard."

Higbee's girlfriend told police that Alsaleh was being physical as well and also gave information about Dublin's, stating that Higbee "nearly got into a fight there also due to him being 'cocky.' "

Police also took statements from two individuals present at Tidball's at the time of the altercation.

One witness "stated she observed Alsaleh saying something to the suspect, Tyler Higbee, but could not tell what he was saying." The witness also "stated she felt a weird tension about the situation. She then stated Alsaleh began saying, 'No' multiple times." The witness observed Higbee punch Alsaleh in the face once, and Alsaleh then hit his head as he fell to the ground.

The witness "stated Alsaleh's hands were down the entire time and did not assault Higbee."

A second witness "observed Alsaleh on his phone and 2 white males were arguing with him." The witness "said that one of the white males began saying racial slurs towards Alsaleh such as '(expletive) ISIS' and 'White Power' and something like, 'This isn't your (Alsaleh's) country.' "

The witness told police he saw "Alsaleh turn away from Higbee but then turned back toward him and one of the white male subjects punched Alsaleh in the face and then the subject took off running."

At the jail, Higbee told police "that he did not make any racial slurs. Higbee then stated that after he hit Alsaleh he stated, 'Watch out Haji.' Higbee advised he made no other racial slurs toward Alsaleh."

In a second supplement narrative, the reporting officer, Colton Billhartz – officer Evan Scharlow filed the initial report on behalf of them both – said Alsaleh was "completely un-responsive" when he responded to Tidball's.

"While standing over Alsaleh, he vomited blood and thick white liquid multiple times," the supplement stated.

Higbee's sports representatives did not respond to an email from the Daily News seeking comment, but Higbee's attorney, Brian Lowder, released a statement Sunday night.

"This is a very unfortunate situation that we hope to resolve promptly," Lowder said in the statement. "We are currently gathering facts but this incident appears to have been precipitated by the aggressive actions of the alleged victim towards both Mr. Higbee and his girlfriend. We will have additional comment as the situation develops."

Higbee is currently rehabbing a knee injury and preparing for this month's NFL Draft. He's considered one of the top tight ends in the draft.

The 6-foot-6, 250-pound prospect caught 48 passes for 563 yards and eight touchdowns as a senior for the Hilltoppers, although he eventually missed five games because of knee trouble, including the Miami Beach Bowl win over South Florida.

Higbee told reporters at WKU's pro day last month that he was about 75-80 percent healthy after knee surgery Dec. 11. He didn't perform any speed or agility drills that day, but he did run routes and catch passes in front of representatives from 30 NFL organizations.

Higbee appeared at the NFL Scouting Combine in February but did not participate in any on-field workouts.

He took a facility visit to the Denver Broncos the same week as pro day and said he also had workouts lined up with the New Orleans Saints and Baltimore Ravens.