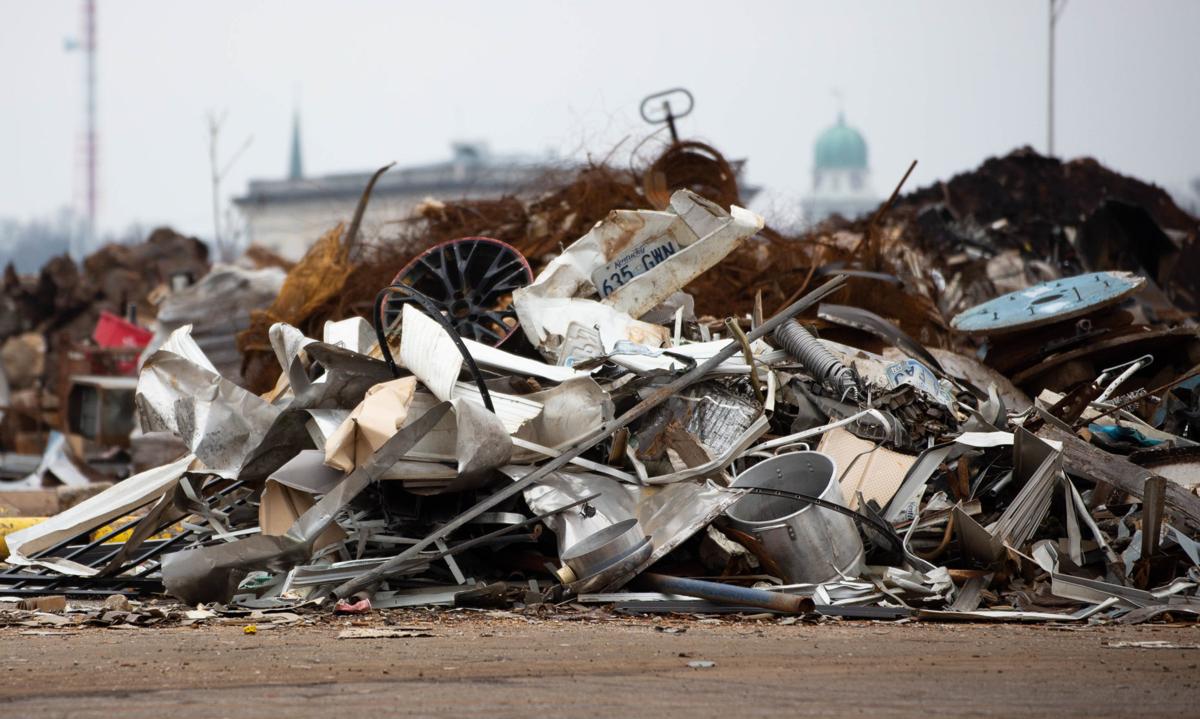 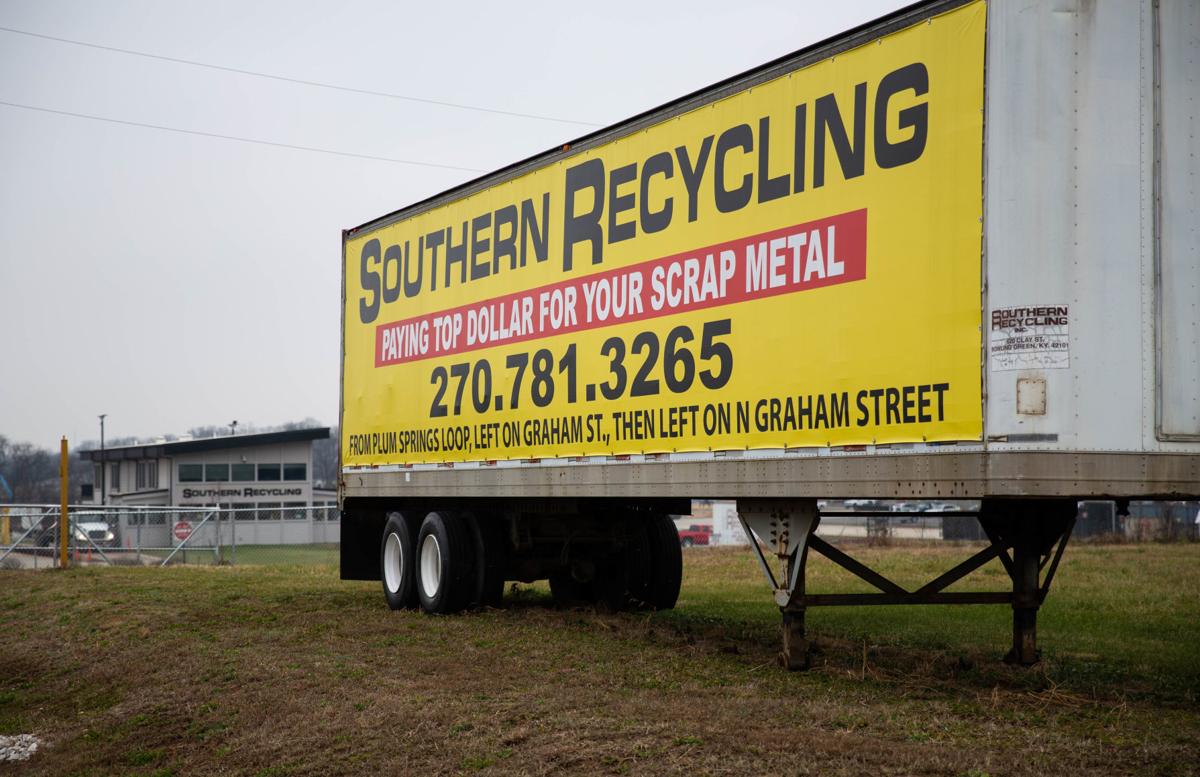 Southern Recycling plans to discontinue curbside recycling service in Warren County as of March 31, and some surrounding counties are also tackling questions about the future of their recycling programs.

Southern Recycling has a contract until the end of the fiscal year to provide recycling pickup in Warren County, but the company is ending its curbside pickup early because the decline in the market for recyclables has the company losing about $30,000 per month. Warren County residents, including in Bowling Green, currently pay $2.65 a month for recycling. To fully fund the service, Warren County Judge-Executive Mike Buchanon said customers would probably have to pay $12 to $18 a month. He said that increase would be more than the average resident would want to pay. He said the county is actively “looking for alternatives” for recycling in the county.

In Logan County, the future of the recycling program came into question around the same time Warren County’s was up for debate, according to Nathan Cockrill, the Logan County solid waste coordinator.

“We are actually dealing with that situation; right now we are really talking about it based on what has happened in Bowling Green and elsewhere,” Cockrill said. “At the next fiscal court meeting on Tuesday ... I believe there will be some discussion about the program.”

Cockrill said the program in Logan County has been pushing eight years, where once a month Scott Waste Services picks up recyclables.

“I was not doing this job at that time, but it was a definite push by some folks that were very interested in recycling,” he said. “Because Logan County is a bigger county, it was deemed to be a little more difficult to have just an optional recycling program, so it was given to all Scott Waste customers.”

The schedule provides one week of recycling pickup instead of garbage pickup at no extra cost to customers.

Cockrill said about 75 percent of the households in Logan County have the garbage service.

Logan County also has a recycling center that allows drop-offs for certain materials along with pickup of cardboard at businesses and schools in the county.

The recycling program is funded through subsidies from Logan County.

“Because of the marketing conditions, it has been going up consistently or somewhat in recent years,” Cockrill said. “The county receives a monthly invoice from Scott Waste to pay for the recycling. Right now, the invoice has been fairly steady, but it is around $3,000 a month. When the market conditions were better around 2017, it was around $1,000 a month maybe even a little bit less.”

Cockrill is unsure how Tuesday’s meeting will go, and understands the difficult situation.

“I like to see the recycling just for the environmental benefits and it is a way that people can be good stewards for what I believe God has given to us,” he said. “I realize there are economic constraints for everybody as well.”

Cockrill remains hopeful that the market will bounce back.

“It will eventually rebound,” he said. “I just know right now, it is difficult and it is a difficult choice for municipalities to have to make.”

In Butler County, Judge-Executive Tim Flener said the recycling program is doing “well” but the “market is down.”

“That is one thing we are concerned about right now,” he said. “I don’t know if the market is going to come back anytime soon. There may be some things that we are going to have to address on down the road here. Right now, we are still operating.”

The county service, which has no direct cost to residents, according to Flener, involves trailers going throughout the county on a schedule to pick up recyclable materials daily to deliver to the recycling center.

“They sort through these trailers,” Flener said. “We are currently not taking plastic, but we are still taking aluminum, metal and cardboard.”

Flener compared the recycling market to the gasoline market.

“One month it is up, another month it is down,” he said. “Right now we are in a downward cycle on the recycling. The only thing we have changed at our program is with the plastic. We can’t find a market for the plastic.”

Allen County is having the opposite experience with a “consistent” recycling program, although it does not have curbside recycling service.

Allen County Judge-Executive Dennis Harper said trailers for people to bring recyclables to are spread across the county and are picked up three times a week.

“Our trailers are usually full when we go pick them up,” he said. “I’d say between 1,000 to 1,200 people use our trailers. At the permanent places, it is pretty good. We do have some abuse out in the trailers in the county where people put household trash in the trailers, but that is the only negative thing we experience.”

The program collects metal, aluminum, cardboard and paper, but like Butler County has a problem with plastic.

“It has become an issue to get rid of,” Harper said. “There are no vendors or outlets to take plastic, and we may have to suspend taking plastic at this time because right now it is going straight into the landfill.

“I don’t want people to think they are doing something for the environment as far as collecting plastic and when it gets to our transfer station it goes into the landfill,” Harper said.

The program has been going for 12 years now and paid for by the county, and Harper said financial constraints prevent curbside service in Allen County.

“We don’t do curbside service here because that would be a very expensive endeavor, and with the recycling, it would cost our county a lot of money to get into that,” he said. “That is something we could not afford to get into.”

The recycling trailers are a “cost on the county but it is something that we have to do to protect the environment. If we can pull cardboard out of the trash we don’t have to pay for it to go to Glasgow to be dumped at the landfill, and of course we can sell the cardboard and the tin cans and the aluminum cans,” Harper said. “It is not a moneymaker for us but as long as we can break even, it is something we will continue to do and it is something that our citizens expect.”