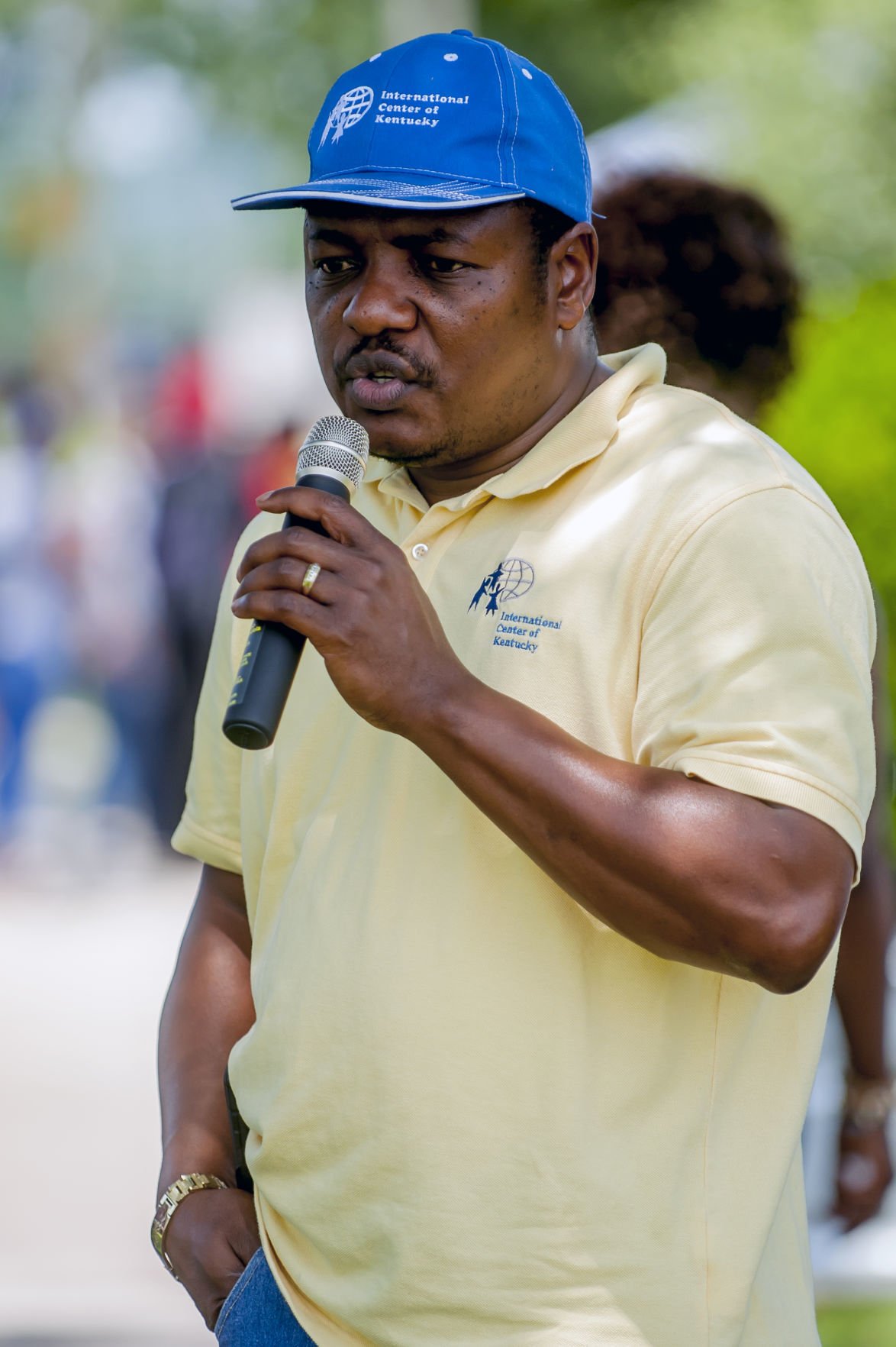 “We all know that Kentucky’s schools are underfunded. That’s a fact,” said Albert Mbanfu, executive director of the International Center of Kentucky.

Mbanfu said the challenge is compounded for schools with higher populations of English learner students: “We all know that you have to spend a little bit more to take care of English language learners,” he said.

In September, at a meeting the International Center held with local refugee resettlement stakeholders, superintendents of Warren County Public Schools and the Bowling Green Independent School District described being “overwhelmed” by the number of refugee arrivals in recent years.

In some cases, because of being persecuted and displaced from their homeland, refugees have interrupted educational experiences.

Bearing the responsibility for educating students several years behind – or in some cases having no formal education at all – is a Herculean effort, district leaders said. They do so with a limited amount of state and federal dollars to educate English learner students, they said, taking a toll on their general funds.

Speaking to the Daily News this week, Mbanfu said his organization understands the funding challenges schools face, and it’s working to make state and local authorities understand that issue and that the state has an obligation “to make sure that the schools have the resources needed to take care of these new Americans.”

“The International Center will be very forceful to present an argument to the state why we think schools that have a higher percentage of English language learners need more resources,” Mbanfu said. “It’s just common sense.”

With Gov.-elect Andy Beshear slated to take office Tuesday, and state lawmakers expected to draft a two-year state budget in early 2020, Mbanfu said the International Center will make its case on both fronts.

“We will not just be focused on the legislature, but we very much want to make our case to the executive,” he said.

The refugee resettlement agency will also work with its network of partners to make its concerns known and “keep on pushing” until additional dollars are adding to support English learner students.

In Warren County Public Schools, Kentucky’s fourth-largest school district, there are 2,539 students receiving English language education services, making up about 14 percent of the entire district, according to district data.

English learner students must earn a certain score on an assessment meant to gauge their English proficiency in order to exit that status, and even if they do, the students enter “monitored” status for four years.

During that time, WCPS Superintendent Rob Clayton said those students still receive a high level of support to make sure they don’t fall behind. That includes being placed in smaller class sizes so they can receive additional support.

There are 790 students currently being monitored in the district, and 603 have fully exited.

WCPS receives roughly $616,000 from the state and spends more than $3 million of its general fund dollars each year. Clayton has claimed that, in terms of state per-pupil funding, his district has the second lowest in Kentucky, while performing highly on academic measures.

The Bowling Green school district has budgeted $855,000 for its English learner program this year. It receives $200,000 from the state.

However, when it comes to meeting the needs of its 727 English learner students, school leaders in the Bowling Green district say additional state funding will not be enough on its own to solve the issue.

“Money is always a part of every discussion, but it’s not just about money,” BGISD Superintendent Gary Fields said.

Currently, the district is having trouble finding enough qualified teachers to work with its growing English learner student population.

Fields said his district would benefit from added flexibility around the certification process for teachers who work with English learners. He suggested making it more of an emphasis at the bachelor’s degree level, rather than a master’s degree endorsement as it currently stands.

The single most deciding factor in boosting students’ performance on education outcomes hinges on the quality of the people the district employs, Clayton told the Daily News.

“It’s about growing our people and equipping them with the skills,” to meet district priorities of safety, achievement and opportunity, he said.

For Fields, state funding for full-day kindergarten, school safety upgrades and a streamlined approval process for facilities are all top legislative priorities. He was encouraged that the Kentucky Board of Education emphasized each of those issues in a 2020 legislative agenda it approved this week.

In recent years, Clayton said fallout from the state’s pension crisis and lagging educator compensation has been a “tremendous negative” in attracting, hiring and retaining quality school personnel. His district will continue to push for a sound pension system and improvements to educator compensation going forward, he said.

Clayton added that his district continues to see an increase in students from “vulnerable situations,” including high-poverty households and limited English proficient backgrounds.

So far, he said local state lawmakers have been “receptive” to his concerns.

“Our message is not going to change with our legislators,” Clayton said, adding it’s critical to “fund the true cost of educating all students.”

This isn't a lack of money problem, it's a too many refugees for our ability to educate them problem.