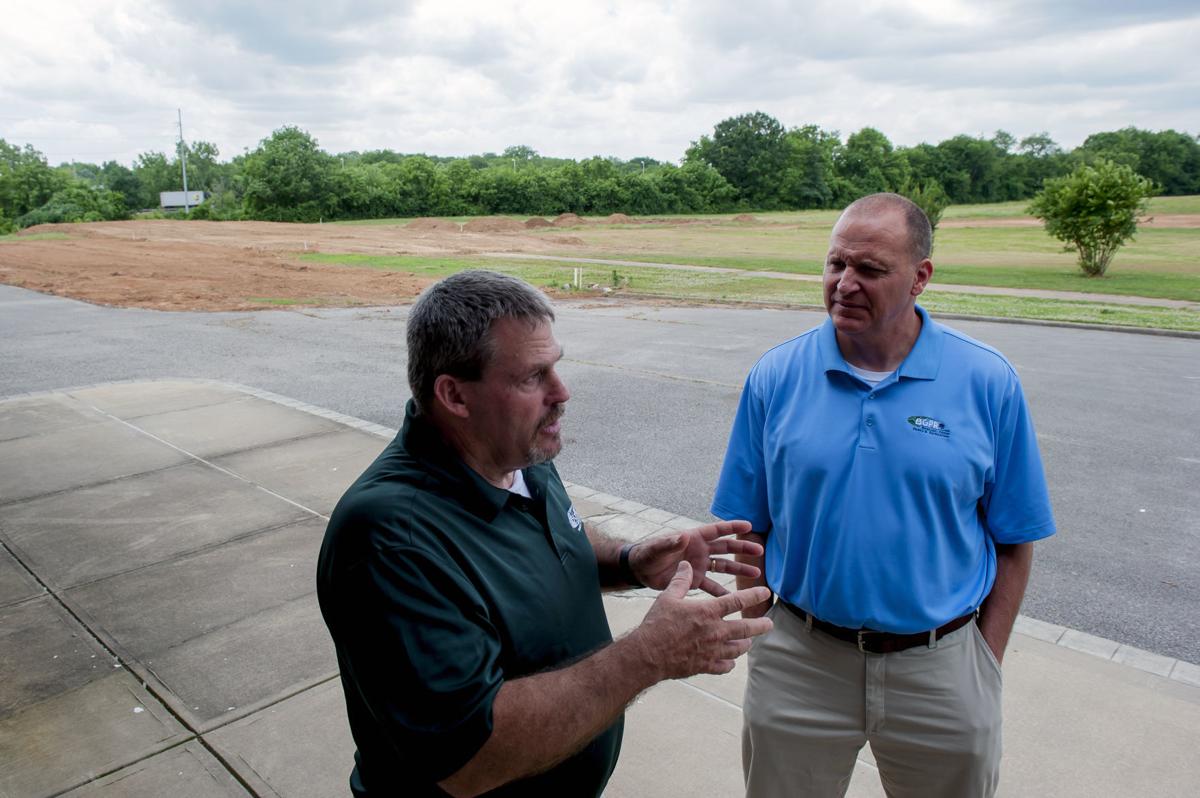 City parks and golf maintenance supervisor Mike Mitchum (left) and Parks and Recreation Department Director Brent Belcher talk Wednesday, May 29, 2019, about upcoming changes, like a new driving range, seen behind them, at the Golf Course at Riverview. (Bac Totrong/photo@bgdailynews.com) 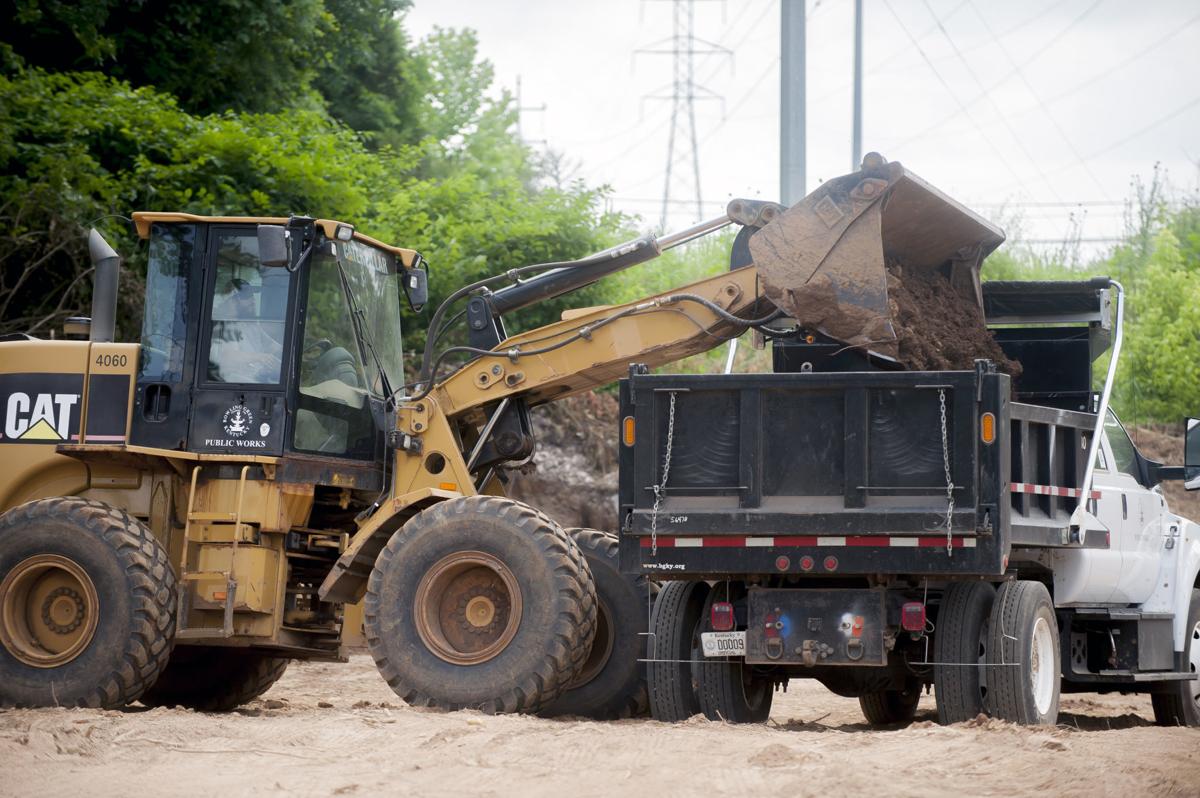 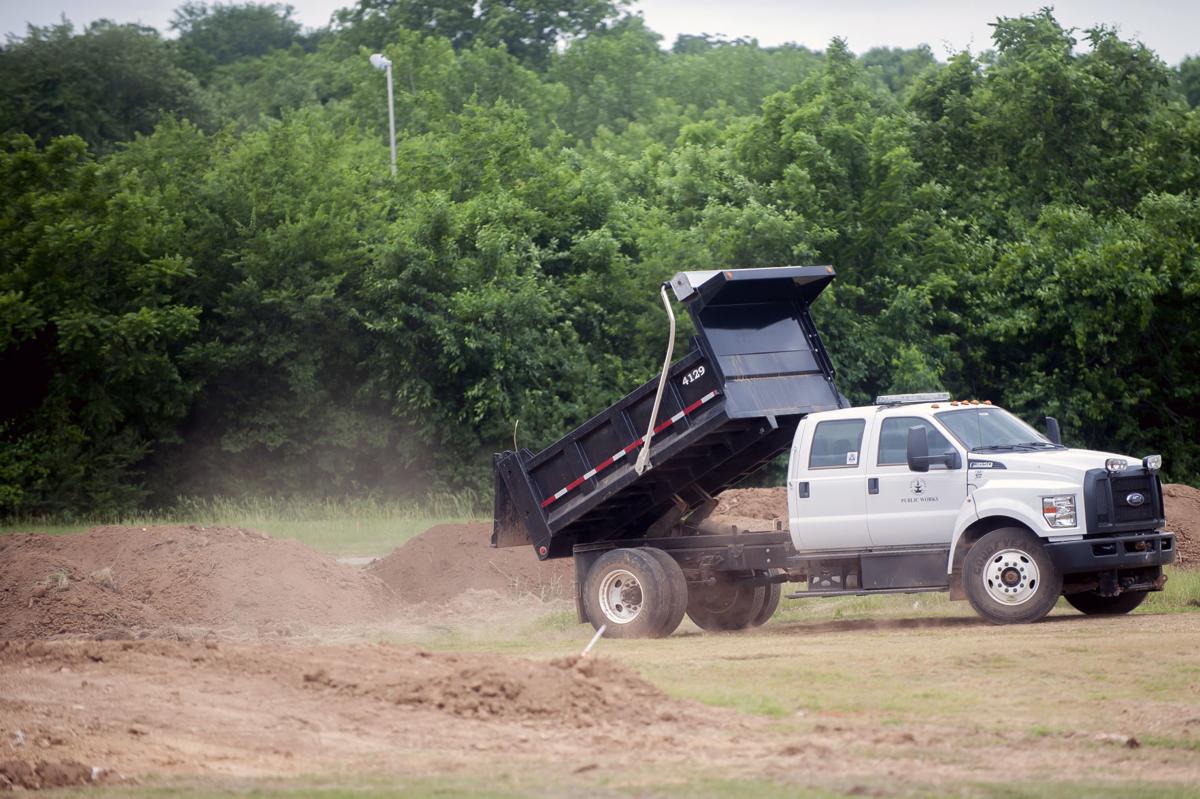 City parks and golf maintenance supervisor Mike Mitchum (left) and Parks and Recreation Department Director Brent Belcher talk Wednesday, May 29, 2019, about upcoming changes, like a new driving range, seen behind them, at the Golf Course at Riverview. (Bac Totrong/photo@bgdailynews.com)

Renovations at the Golf Course at Riverview, including building a driving range and a pay-to-play 18-hole disc golf course, are on track for completion this year.

The projects began in late March and are slated to be completed this fall.

“Obviously, if we’re trying to grow the game of golf, what better way (than) to have a driving range and a nine-hole course neighboring each other,” city Parks and Recreation Director Brent Belcher said.

After months of debate about what to do with the course – the least profitable of the city’s three courses – the renovation plan was approved by city commissioners on March 17, “and we began work on the 20th,” Parks and Golf Maintenance Supervisor Mike Mitchum said with a laugh.

The front end of the driving range will be 200 feet wide and then taper down to 100 feet, with nets stretching across 250 feet of the 350-yard range.

“It’ll have the appearance of maybe a Top Golf because of the big, tall nets,” Mitchum said. “But it’ll keep (it) so that we don’t lose balls, and it’ll keep the folks that are playing on the golf course safe.”

Riverview is a nine-hole course that is one of three city-run courses, including the nine-hole Paul Walker course and 18-hole CrossWinds course. But with the new addition, Riverview will become the only course with a driving range.

“Very few nine-hole courses would you be able to add a driving range, and still have room for a nine-hole course, and we do here. It’s one of the luxuries we have here; we have land,” Belcher said.

To run the disc golf course, the city is partnering with local company Combat Disc Golf.

“They’ll be operating a retail merchandise store out of our pro shop, they’ll have an office here and they’ll be assisting us with maintaining some of the grounds,” Belcher said.

“The golf cart will be a part of their green fee, so they’ll get to use the golf cart,” Mitchum said. “But I think that is important to mention it’s concurrent with ball golf – they should not interfere with each other.”

“For the new Bermuda grass, it’s going to require more care. The course has needed an updated irrigation system for quite some time. That’s why we’ve struggled in the past to keep the tees in the greens,” Mitchum said.

The department is working with a budget of about $739,000 and hopes to regain some of the construction costs through revenue from the driving range and increased course use.

“It’s too early for us to say exactly where that final number is going to come in because we just have a lot more work to be done,” Belcher said. “We were approved for about three quarters of a million, and we feel pretty confident we’ll be within that number.”

“This is really not a renovation. This is a change of operation,” Belcher said.

“It’s kind of a golf complex,” Mitchum said. “And of course … we hope there will be some crossover, that there will be some ball golfers that say, ‘Hey, I’ve never tried (disc golf), but I’m gonna give it a try,’ and vice versa.”

Instead of shutting down The Golf Course at Riverview due to low profit, the city of Bowling Green decided to add a driving range and pay-to-p…