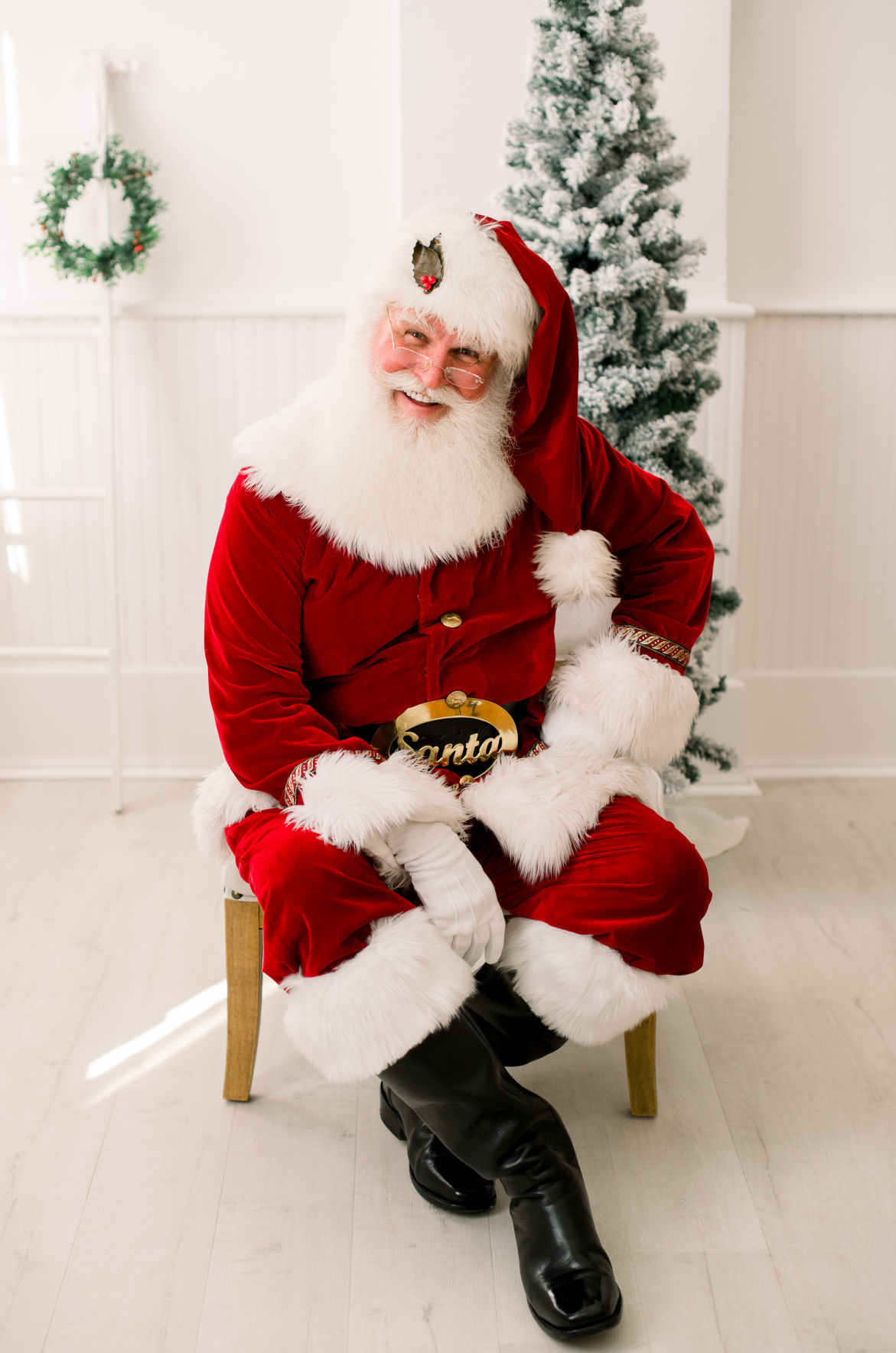 Robert “Santa Bob” Karrick has been portraying Santa Claus for more than a decade. 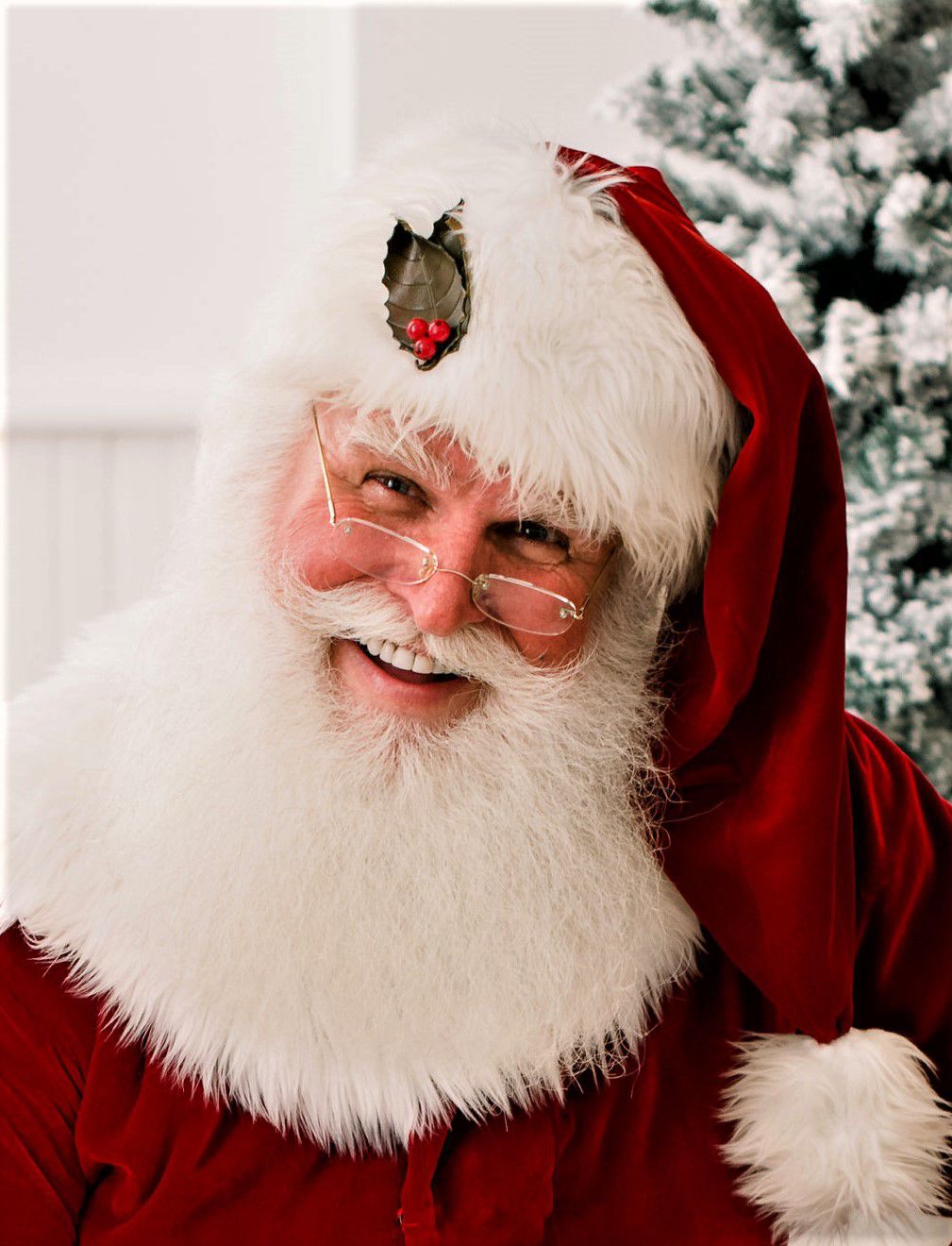 Robert “Santa Bob” Karrick has been portraying Santa Claus for more than a decade.

Yes, Bowling Green, there is a Santa Claus.

He prefers chai lattes to hot chocolate when he visits Spencer’s Coffee, but that may be one of the few departures from the genuine North Pole article you’ll find in Bowling Green’s Robert Karrick.

Better known as “Santa Bob,” Karrick radiates a St. Nick vibe even when he isn’t wearing one of his five custom-made red suits. Maybe it’s the flowing, snowy hair and beard or the smooth baritone voice, or maybe it’s the childlike enthusiasm for Christmas that shows through in eyes that fairly twinkle.

Whatever the reason, it’s enough to make you want to check to see if Prancer and Vixen are parallel parked in one of those new downtown spaces. Karrick’s persona even led the Spencer’s barista to snap a photo of Santa sipping his latte.

“People want to talk to Santa and stay on his good list, you know,” Karrick joked Tuesday when he checked a list of Santa-related activities that included just about everything except sliding down chimneys.

A day after playing Santa for the “Polar Express” event at the Historic RailPark & Train Museum, Karrick was looking forward to appearances at a school, a private party and, of course, in Saturday’s Christmas parade in downtown Bowling Green.

For Karrick, this is not only the happiest time of the year, but also the busiest.

Not that Karrick is ever truly out of character. He keeps the beard year-round, leading to some “Miracle on 34th Street” moments of the type witnessed recently by Bowling Green Christmas parade chairman Mary-John Carmon.

“We were at Chick-fil-A, and a little girl saw him (Karrick) and her eyes got bigger,” Carmon said. “She knew that was Santa.”

The youngster may have been right, according to Carmon.

“He’s exactly what I always envisioned Santa to be like,” Carmon said of the 71-year-old Karrick. “He’s warm and jolly. He encompasses just about every adjective you can use to describe Santa.”

Not bad for a man who came to this Santa gig somewhat reluctantly.

Largely because he was already sporting a white beard, Karrick was approached in 2008 about playing St. Nick at an event for Potter Children’s Home.

“I had never aspired to being Santa Claus – ever,” Karrick said. “But I said I’d do it. After about the second kid had sat on my knee, I got bitten by the Santa bug. It’s so much fun.

“There’s no other role in life like Santa Claus. The interaction with the children and their innocence, their belief and how much they enjoy Christmas – it’s definitely infectious.”

Although he didn’t seek the role, you could say Karrick had spent years preparing for it.

A native of Georgetown who came to Bowling Green in 1981, Karrick learned empathy and developed a friendly conversational style during some four decades as a barber and part-time Christian Church minister. Add in his penchant for acting in local theater productions, and you have what may be the perfect recipe for Santa.

“That theater background adds to his performance as Santa,” Carmon said. “He just embodies it. The parade is a very broad stage for him, and he fills that stage well.”

It helps, too, that Karrick has taken the extra step of getting his Santa bona fides.

Karrick has honed his Santa craftsmanship through attending the Charles W. Howard Santa Claus School in Michigan – called “the Harvard of Santa schools” – and three different workshops held by the International University of Santa Claus.

Such training has opened some doors, allowing Karrick to showcase his ho-ho-ho skills at Holiday World in Santa Claus, Ind., and at Louisville’s Churchill Downs.

Karrick does much of his work free of charge, but that doesn’t mean it comes with no reward.

He says riding in the Bowling Green parade with his grandchildren as his elves is a “sweet memory,” but it may not compare to an encounter he had at Churchill Downs.

“They told me there was a little girl they wanted me to see at the end of the day,” Karrick recalled. “She had terminal cancer, but when I walked into the suite she was painting another little girl’s fingernails.

“She didn’t say much, but then I offered her a little bell and told her I thought she was the most special person I had met. That made her smile. It made my day to have a moment when I could make a child think they’re the most important person in the world.”

“He has such a genuine spirit,” Johnson said. “When you talk to him, you feel like you’re talking to the real Santa. He’s so very intently listening to everything you say.

“If the original Santa were walking the earth, it would be Santa Bob.”