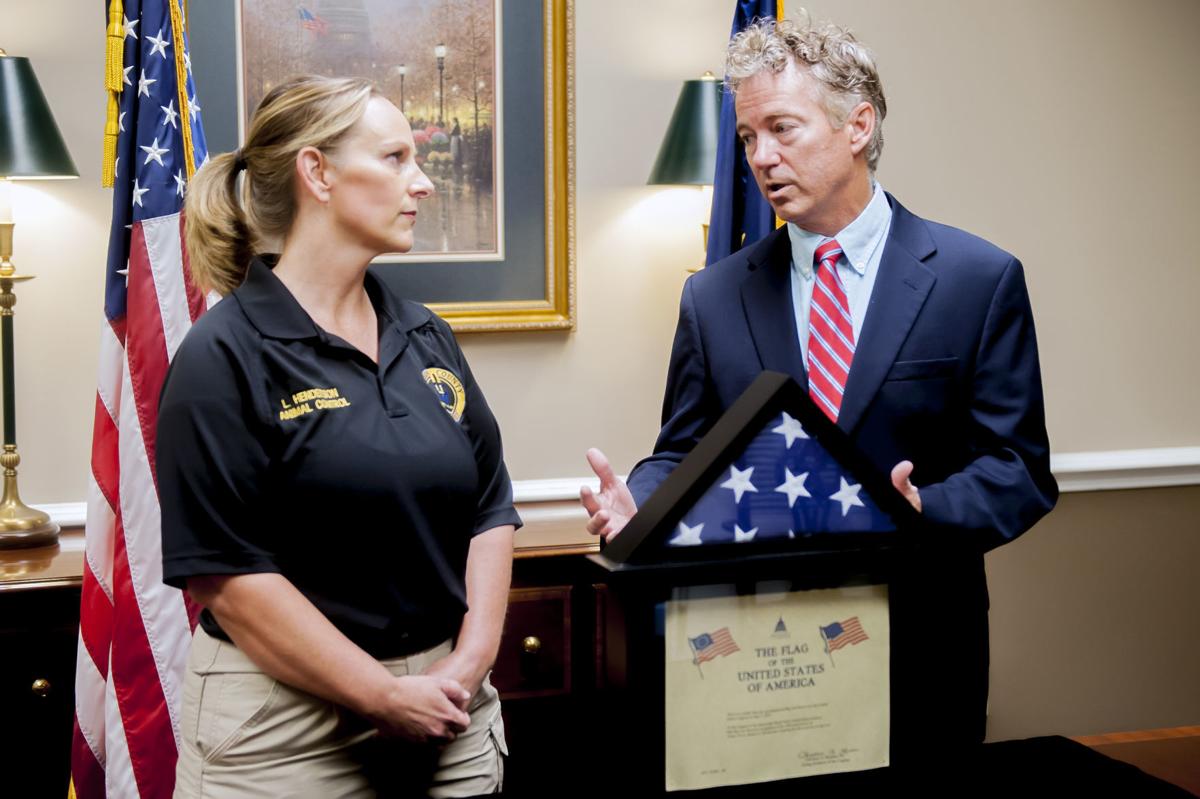 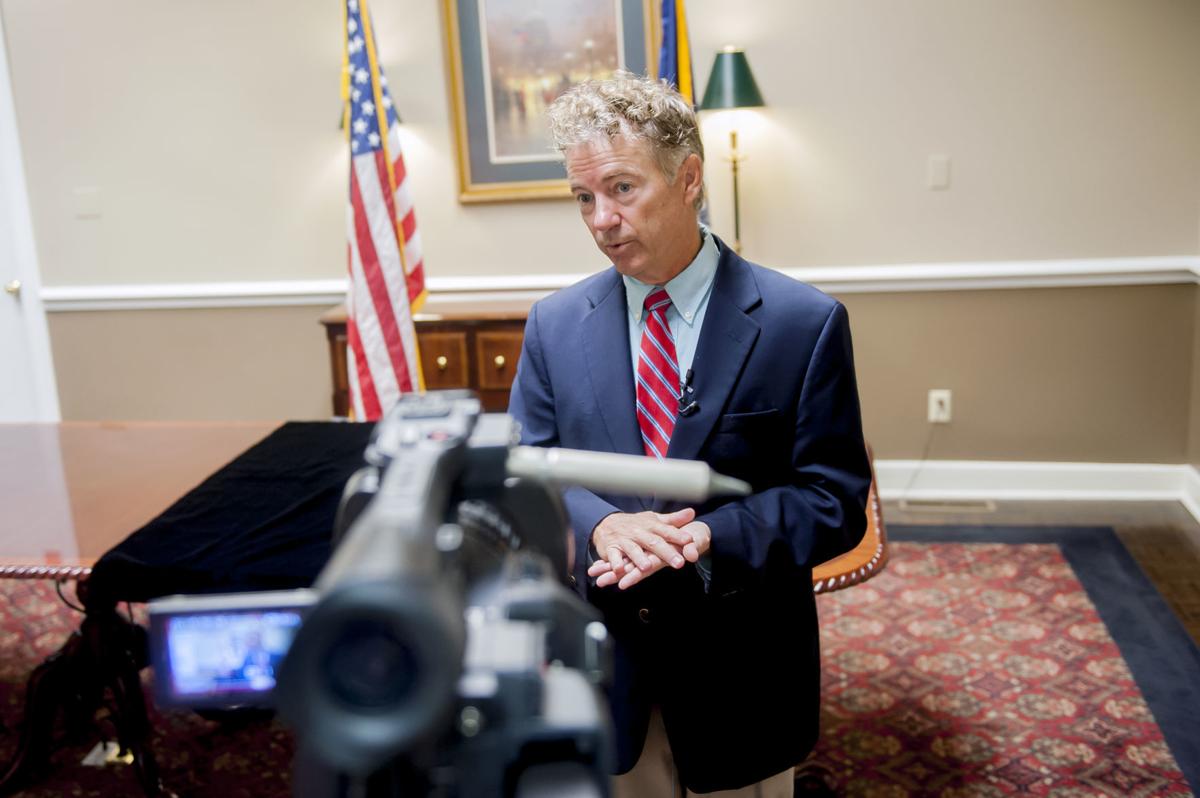 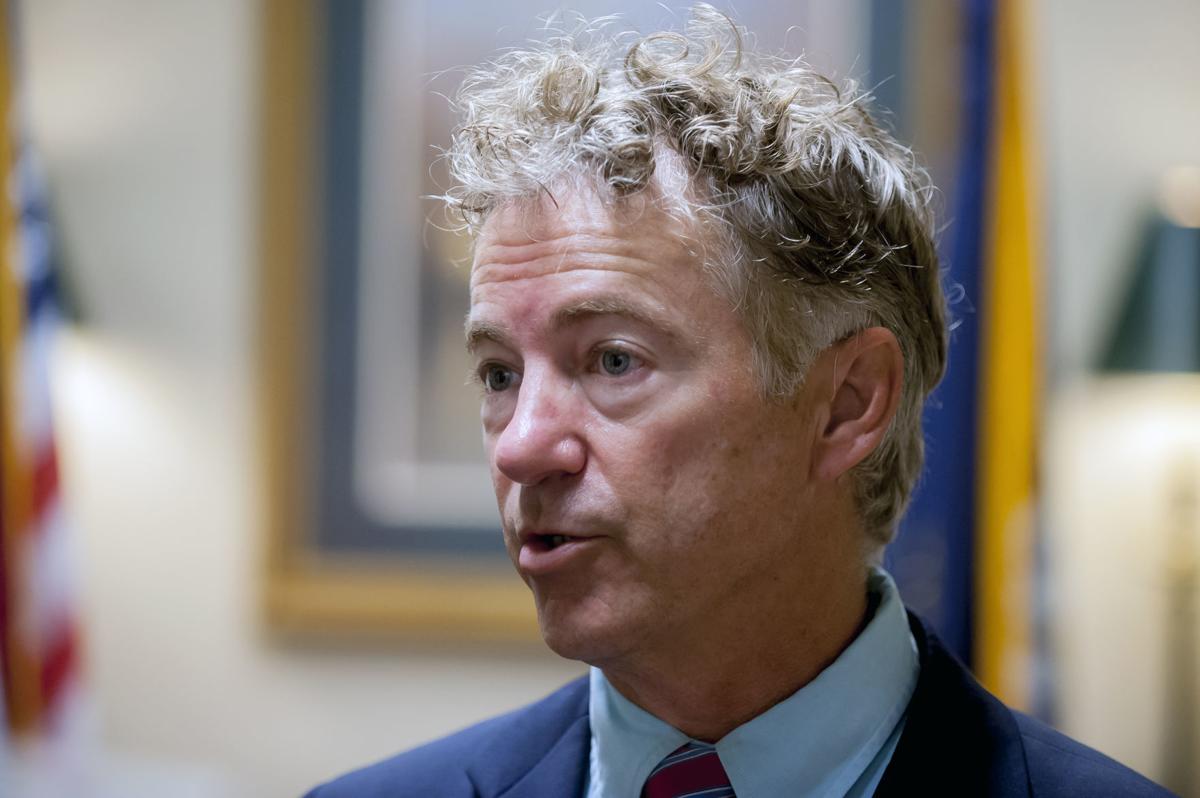 Presenting an American flag to the widow of a fallen soldier was more than a symbolic gesture for U.S. Sen. Rand Paul on Friday. It was tangible evidence of the cost of going to war, something he has cautioned against for years.

Paul presented the flag to Lisa Henderson II, whose husband – Army 1st Lt. Robert Henderson of Alvaton – was killed in action in Iraq in 2004. The flag was flown over the U.S. Capitol in Washington in May to honor Henderson on the 15th anniversary of his death.

Lisa Henderson appeared with the senator only briefly, telling him “I appreciate this very much,” but Paul took the opportunity to honor Robert Henderson’s sacrifice and use it to reinforce his feelings about U.S. involvement in foreign wars.

“We live in a time when only a few of us are affected by war,” Paul said. “This is a reminder that people are paying the ultimate sacrifice.

“Robert Henderson was a great hero who gave his life for his country. It’s important for us to make it personal what happens in war. Unless we remember it, we don’t fully think about the ramifications of war.”

Knowledge of those ramifications is important, Paul said, in light of the tensions arising from an attack on Saudi Arabian oil production facilities.

He said he has already let President Donald Trump know his feelings about committing U.S. troops to combat without following procedures mandated in the Constitution.

“I don’t know that there’s an easy answer (to the Iran-Saudi Arabia conflict),” Paul said. “I recognize the ravages of war, but I also recognize that Iran is making it hard to avoid.

“I think we should remember that our founding fathers said that only Congress declares war. We should go through that process and have a full-blown debate.”

The senator even suggested that letting the Middle Eastern countries work out their problems between themselves might be a better tactic than committing more U.S. troops to the area.

“It was Iran that attacked Saudi Arabia, not us,” he said. “Would it be more appropriate for Saudi Arabia to respond?’

Despite his misgivings about going to war, Paul emphasized that it’s important to honor those like Robert Henderson, who was awarded the Bronze Star and Purple Heart as well as a Kentucky Distinguished Service Medal.

“An important part of our job is taking care of our veterans,” Paul said. “It’s important to know that someone in our community paid the ultimate sacrifice.”