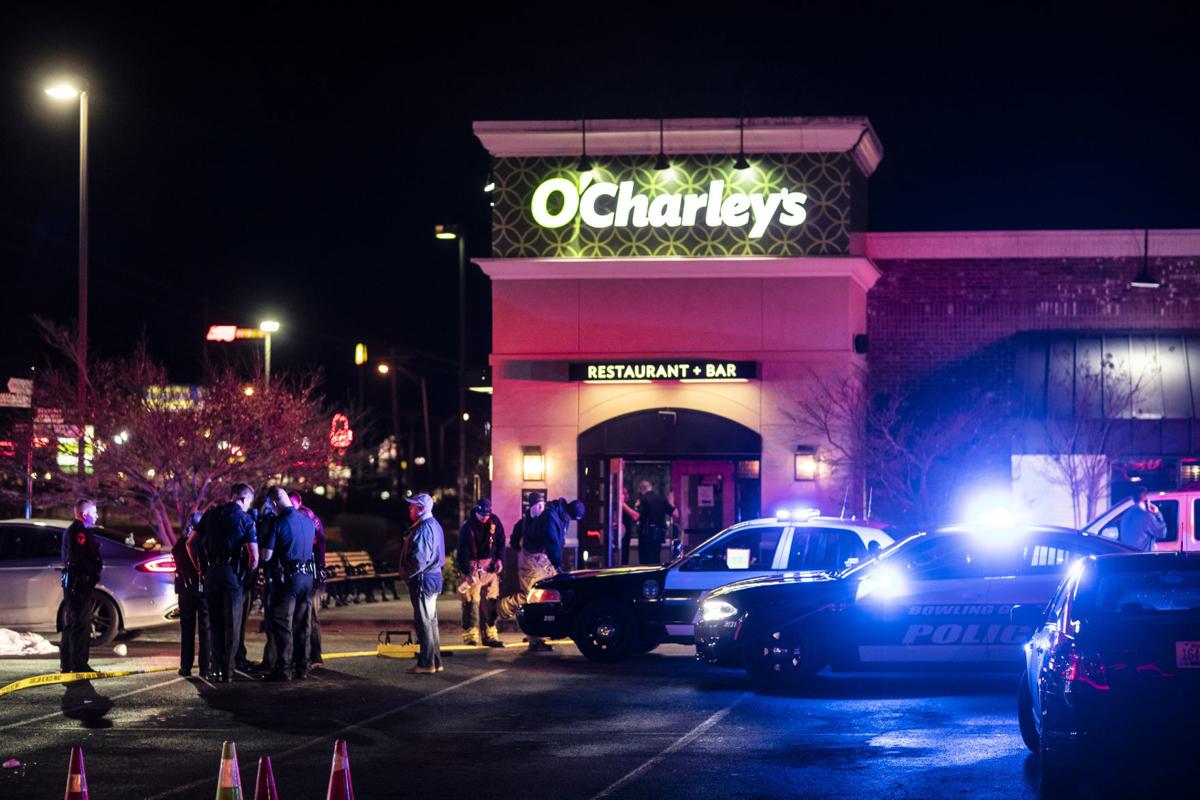 Bowling Green Police investigate the scene of a shooting Friday, January 24, 2020, night in the parking lot of O’Charley’s. 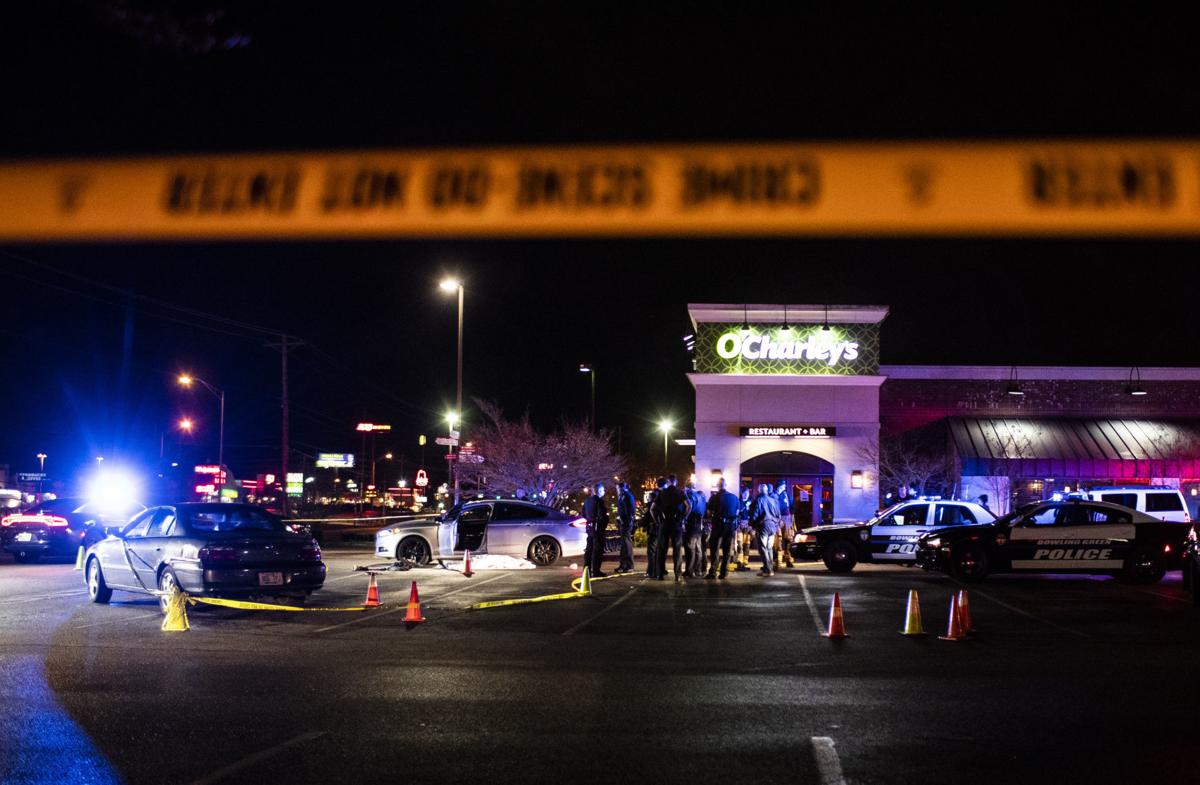 Bowling Green Police investigate the scene of a shooting on Friday, January 24, 2020, in the parking lot of O’Charley’s. (Austin Anthony/photo@bgdailynews.com) 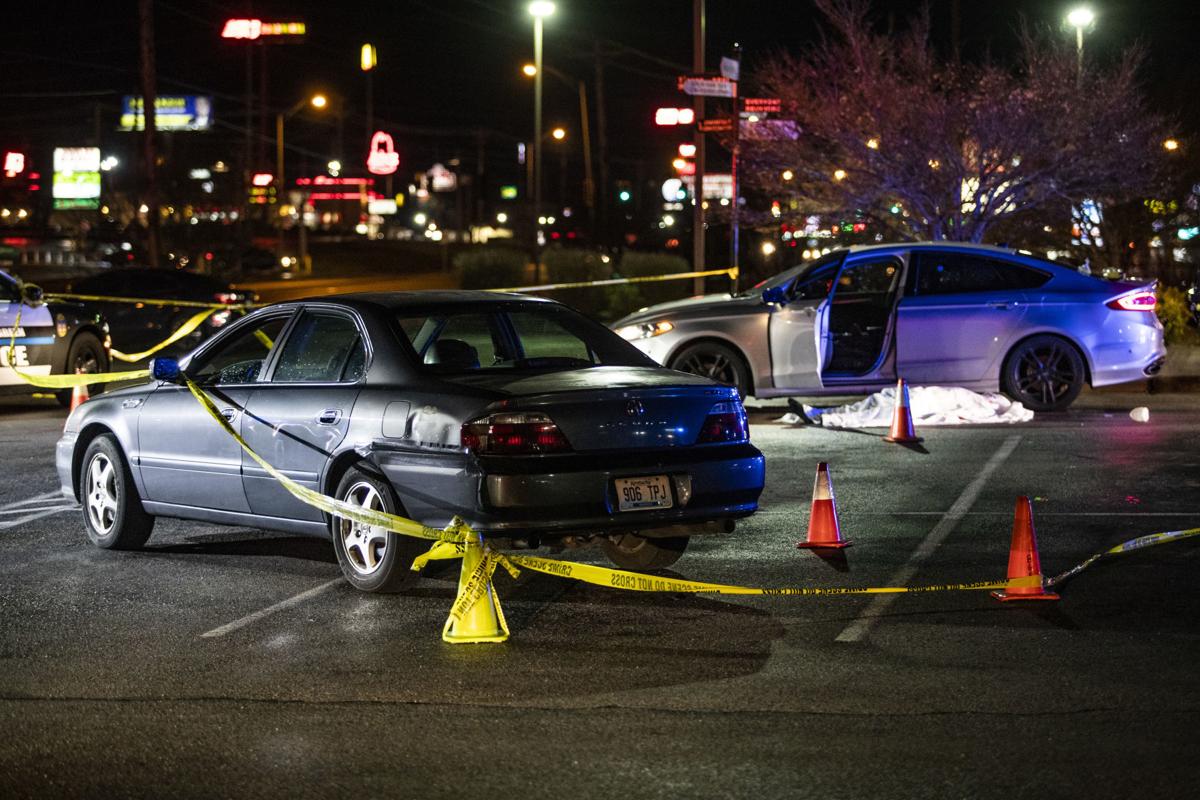 Two cars at the scene of a shooting on Friday, January 24, 2020, in the parking lot of O'Charley's. (Austin Anthony/photo@bgdailynews.com) 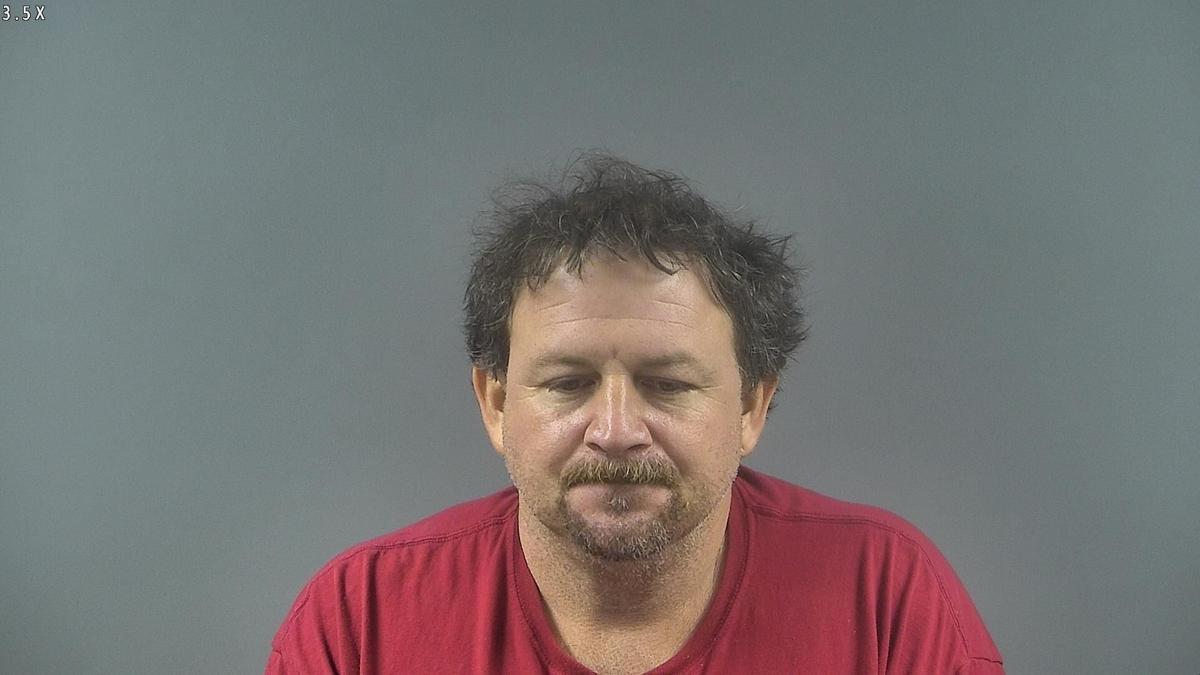 Bowling Green Police investigate the scene of a shooting Friday, January 24, 2020, night in the parking lot of O’Charley’s.

Bowling Green Police investigate the scene of a shooting on Friday, January 24, 2020, in the parking lot of O’Charley’s. (Austin Anthony/photo@bgdailynews.com)

Two cars at the scene of a shooting on Friday, January 24, 2020, in the parking lot of O'Charley's. (Austin Anthony/photo@bgdailynews.com)

Police made an arrest Saturday night in connection with the shooting deaths in the parking lot of the O’Charley’s restaurant Friday night in Bowling Green.

Elijsha Taylor, 21, and Michael Russell, 40, both died from gunshot wounds.

During the investigation, detectives determined Taylor and Russell were in a fight and Taylor shot Russell.

After seeing Taylor shoot Russell, Stice fired numerous rounds at Taylor, striking and killing him, according to a statement from Ward. Another involved party then struck Stice with a vehicle and fled the scene. Stice fired more rounds at the vehicle as it was attempting to leave the parking lot.

Stice has been charged with two counts of attempted murder and possession of a handgun by a convicted felon. He was lodged in the Warren County Regional Jail.

Taylor, of Bowling Green, was pronounced dead at the scene Friday after suffering a gunshot wound.

Russell, also of Bowling Green, died Saturday after being taken to an area hospital for treatment, according to an update posted on the BGPD’s Facebook page.

Earlier Saturday, BGPD issued a statement that said “there are prior connections/relationships between the victims and suspect. We are proceeding with our investigation believing the incident was related to a long-standing dispute between the involved parties.”

An SUV that was mentioned in initial media reports Friday as having left the area after the shooting Friday was no longer being sought by police, as the driver returned to the scene shortly after police arrived, according to BGPD. And there was no evidence to suggest the incident is related to the O’Charley’s business, according to BGPD.

The investigation into the incident continues, and BGPD asks anyone with information to contact police by calling 270-393-4000.

BGPD officers responded to the popular restaurant at 2717 Scottsville Road just after 10 p.m. Friday. There were several people at the restaurant at the time of the shooting, but there were no other injuries, Ward said at the scene overnight.

Witnesses who were at the restaurant or in the area at the time of the incident told the Daily News they heard several shots ring out. One of them was Gary Winthrope, who said he was inside the restaurant when he heard an argument begin at another table.

“I heard like a lot of vulgar curse words,” he said. “People were trying to deescalate the situation, but they were too late. It’s really upsetting.”

Winthrope said the altercation ultimately moved outside the building.

“I heard two shots,” he said. “I couldn’t believe it. I mean, stuff like that only happens in movies.”

BGPD Public Information Officer, Ronnie Ward, gives a statement to the media regarding the shooting at O'Charley's that killed one person and …