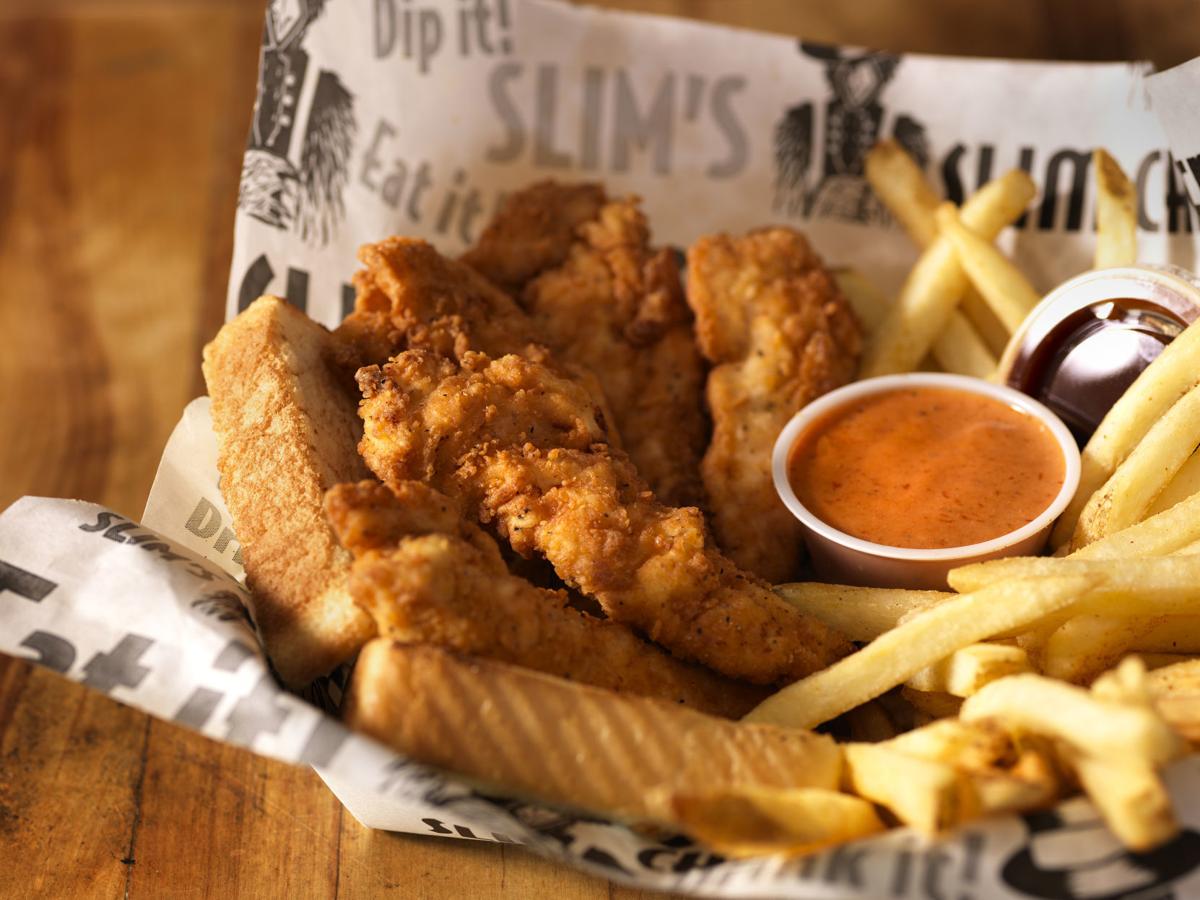 Houchens Industries has signed a deal to bring three Slim Chickens locations to the area. Christian Lucas, director of food services at Houchens Industries, said in an interview with the Daily News that the company purchased the development agreement for Warren County and is in the process of development for three parcels, one of which is “in the final development steps.”

A site at 1851 Scottsville Road – formerly home to the Enterprise Rent-A-Car across from Ashley Furniture HomeStore and Bowling Green-Warren County Regional Airport – has been purchased by Houchens Industries and will be home to a Slim Chickens restaurant attached to a “next-generation convenience store.”

Lucas said the Enterprise Rent-A-Car will be “bulldozed” in the coming months to make room for the facility, and he expects construction to start this fall. The first Slim Chickens is expected to be opened during spring or summer 2020.

Lucas said the new store is still awaiting final decision on its branding, but customers can expect to see “a whole lot” of what they currently see within the Crossroads IGA format, other than groceries and a meat department.

Slim Chickens and the store will “all be under one roof,” but the Slim Chickens restaurant portion will still feature a front porch that seats 40 people and a dining room that seats about 40 more, along with a drive-thru window.

The second and third Slim Chickens will be freestanding, and Lucas said there was “potential” for Houchens to introduce more Slim Chickens locations in the future.

“Bowling Green is extremely under serviced on the boneless skinless chicken concept,” Lucas said. “It’s the hottest thing going right now, and there’s not much going on here. (Houchens) had every segment of the fast-food industry covered except for chicken, so we wanted to find a chicken operator that was top notch and progressive and a good fit for our business partnership.”

Lucas said the three planned restaurants will employ about 50 associates per location, which will bring an estimated 150 jobs to Bowling Green including the 25 or 30 employees working at the “next-generation convenience store.”

The new locations will mark the third, fourth and fifth locations for the brand in Kentucky, as there are already Slim Chickens restaurants in Ashland and Pikeville. Slim Chickens also has a location in Cincinnati and two stores in the middle Tennessee area.

Slim Chickens’ first location opened in 2003 in Fayetteville, Ark., and has since grown to 83 stores, three of which are listed as coming soon, according to the company’s website. Three Bowling Green stores would increase the total to 86, six of which would be planned but unopened.

“We have an awesome dining room and we provide service,” Rothschild said. “We’ll bring your food to you, we’ll help you refill your drink, we’ll bus your table, so it really is in that fast casual, really make you feel at home type of restaurant. I know when people go into the restaurant, I think it’s far beyond what (customers) expect when they come into our dining room.”

Slim Chickens concentrates on its tender and wing meals, which are served with Texas toast, a choice of side and a medium drink. The meals feature a variety of choices for how many wings or tenders to receive, including meals that allow patrons to mix and match a set number of both options.

The chain’s signature Slim Sauce is “a super secret sauce with herb tomato flavors and a hint of pepper.” Entrees include chicken and waffles, sandwiches, wraps and salads. Slim Chickens also offers desserts and several unique side items, including fried mushrooms, fried pickles and fried okra.

Rothschild said Slim Chickens is in the United States, the United Kingdom and the Middle East already. The chain will pass 100 locations this year and hopes to have 600 restaurants worldwide within the next 10 years, including many more locations owned by Warren County franchisee Houchens Industries.