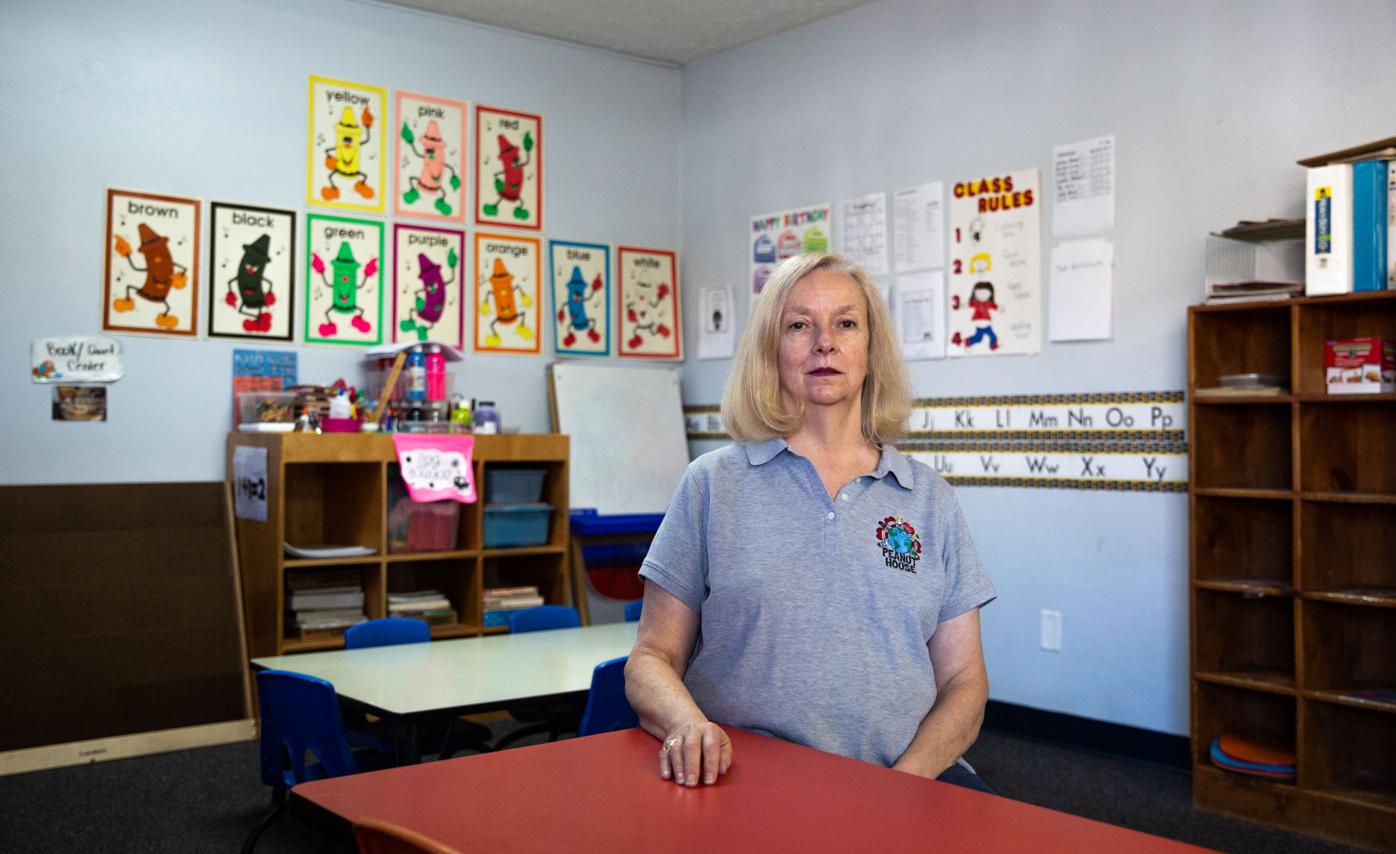 Judy Helm, owner of Peanut House Preschool on Creekwood Avenue, sits in the front classroom at the preschool Nov 23 as she prepares to close the facility. 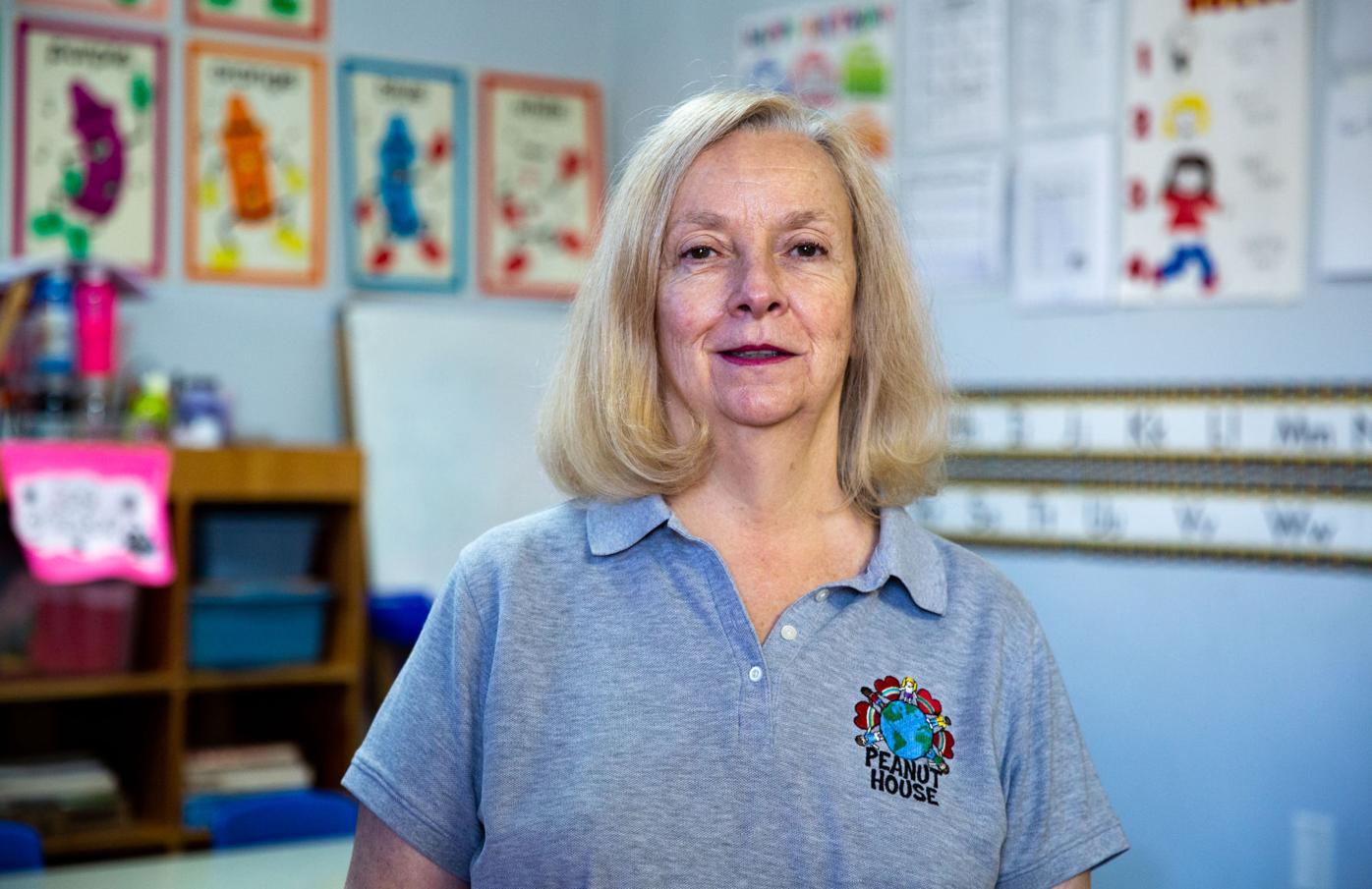 Judy Helm, owner of Peanut House Preschool on Creekwood Avenue, sits in the front classroom at the preschool on Monday, Nov 23, 2020, as she prepares to close the preschool after 47 years of operation. (Grace Ramey/photo@bgdailynews.com)

Judy Helm, owner of Peanut House Preschool on Creekwood Avenue, sits in the front classroom at the preschool Nov 23 as she prepares to close the facility.

Judy Helm, owner of Peanut House Preschool on Creekwood Avenue, sits in the front classroom at the preschool on Monday, Nov 23, 2020, as she prepares to close the preschool after 47 years of operation. (Grace Ramey/photo@bgdailynews.com)

Wednesday may have been one of the few times in nearly five decades of teaching toddlers and preschoolers that Judy Helm didn’t look forward to her day’s work.

Because it was her last.

After 47 years in child care, the last 41 at the Peanut House Preschool she opened on Bowling Green’s Creekwood Avenue in 1979, Helm has packed up the books, toys and games that were the tools of her trade.

Once a bustling place that routinely housed 40 to 50 children and 10 or so staff members, Peanut House, now down to nine children, was as quiet as a napping baby as Helm reflected on the end of her life’s work.

“This is really hard on me,” Helm said as she sat on a chair made for small children and surveyed the alphabet and math posters she would soon take down. “I wanted to go for 50 years, but I didn’t quite make it.”

The reason she isn’t reaching that five-decade milestone is as obvious as the mask on her face, Helm said.

“COVID is the reason,” she said. “We had plenty of staff and plenty of children before the pandemic. I didn’t open back up (when the state allowed child care centers to reopen in June) right away.

“A lot of families kept their children at home instead of in day care. A lot of my teachers decided to stay home, too.”

Although all signs have been pointing Helm toward closing, she admitted agonizing over the decision.

“I prayed and prayed about it,” she said. “I’m hoping this is God’s will.”

Helm isn’t alone in mourning the loss of Peanut House.

“It really is a special place,” Bowling Green City Commissioner Brian “Slim” Nash said of Peanut House. “It was so much more than a day care center.”

“Peanut House has been one of those things that played a huge role in getting our children to where they are today,” Nash said. “Judy and the people she hired feel much more like family than acquaintances.

“I hate that it (Peanut House) isn’t going to exist for so many kids in Bowling Green who could benefit.”

Another Peanut House client, Nellie Arnett, said Helm and her staff have been able to put her mind at ease about leaving her two children in their care.

“They were recommended by a friend,” Arnett said. “I’ve been really impressed by the staff. I never worried that something would go on during the day that I didn’t know about. I’m very sad to hear that they’re closing.”

Helm, who earned degrees in elementary education and counseling while running Peanut House, built a loyal clientele by concentrating on preparing youngsters for kindergarten.

In fact, she started Peanut House as a kindergarten before it was offered in local public schools.

“I started after I finished my sophomore year of college,” Helm said. “We started as a kindergarten and later added the 4-year-old program.

“We would have a full house of 24 for kindergarten, so we started a waiting list. We had people signing up before their babies were even born.”

The longevity of Peanut House has allowed Helm and her staff to teach two and sometimes even three generations.

“One of the students who is here now, I taught her grandmother,” said Joni Butler, who started working at Peanut House shortly after Helm opened it in 1979.

Butler, who has seen her daughter and other family members work at Peanut House over the years, said she has stuck with Helm because she made the preschool and child care center an enjoyable place to work.

“I’ve loved working here,” Butler said. “When I first started, we were able to take the kids on field trips to places like the apple orchard and a dairy farm.”

Butler has also been able to get the reward of having parents and students show their appreciation for the teaching done at Peanut House.

“I’ve had former students come by to see me before they went off to college,” she said. “It makes you think you did something right.”

Even as she mourned the end of Peanut House, Helm took solace in knowing that she helped youngsters prepare for public school and helped them “gain knowledge of how to correct their problems.”

While she gave learning and nurturing to hundreds of children over the years, Helm also knows she received a lot in return.

“I sure have loved it,” she said. “I don’t know what I can do to replace the love I’ve gotten from the kids here.”

Sorry to hear of your loss. But this damn COVID scamdemic keeps going and it isn't playing fair. I mean, what was Beto Beshear supposed to do when a total of 0.04% of the entire KY population has supposedly died of COVID. But don't worry, the teachers who didn't bring their kids are fine and getting paid. Tough luck for you, but just leave it to those educational professionals to brainwash the kids.