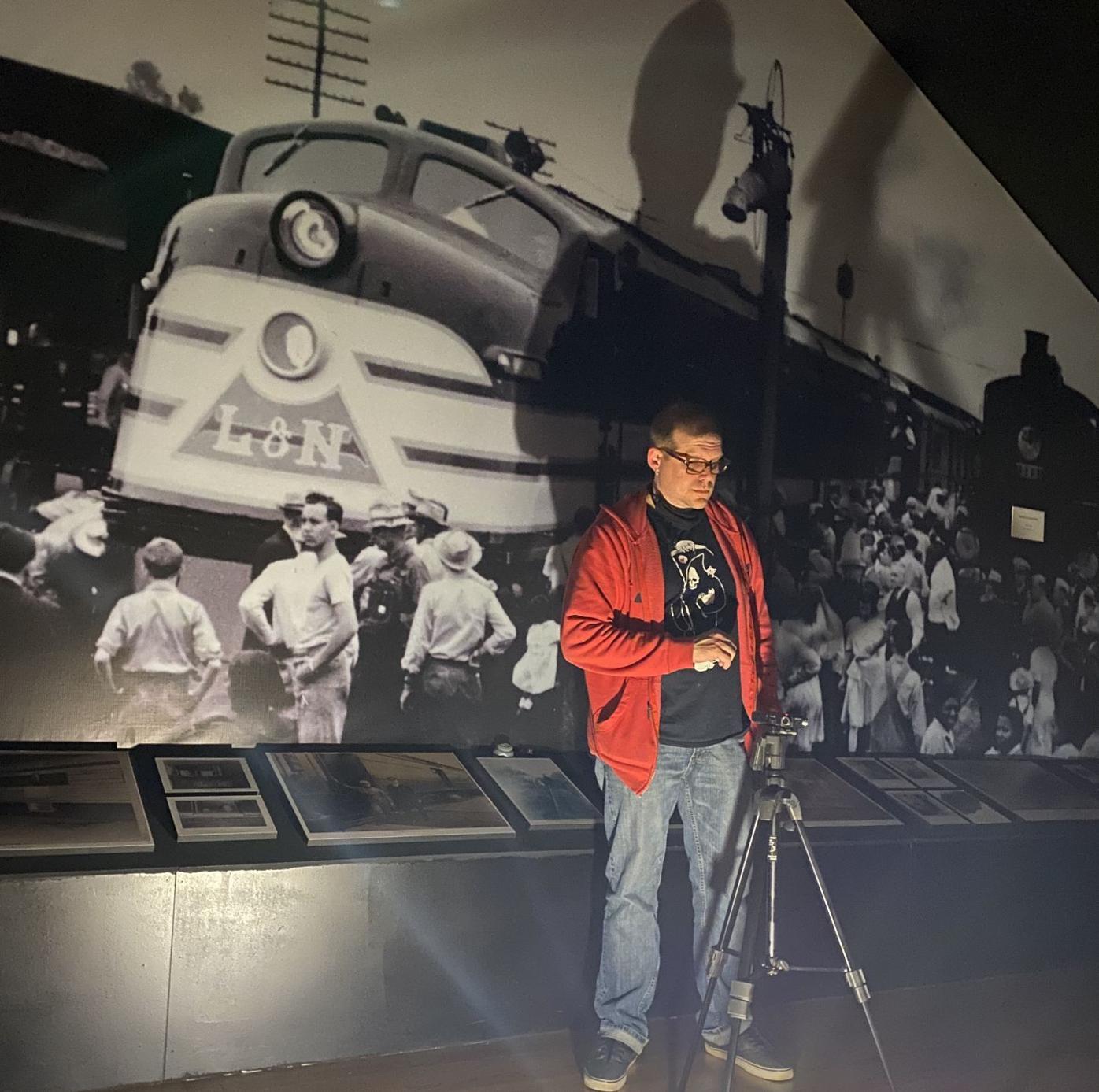 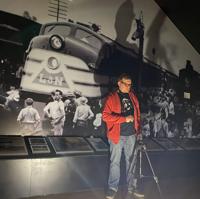 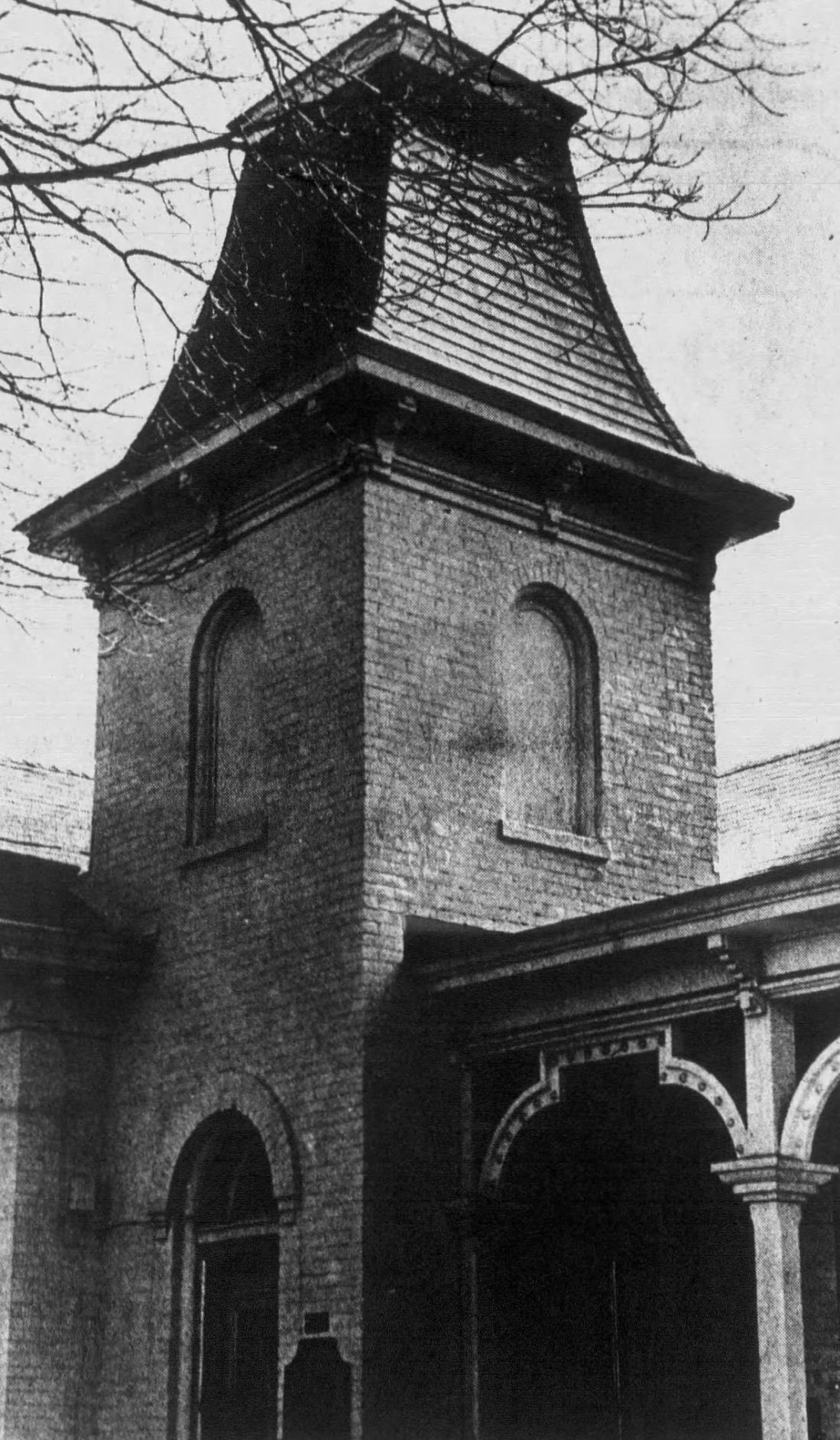 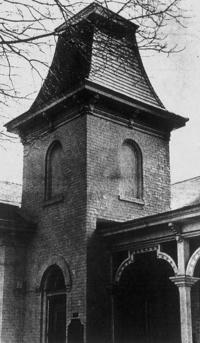 A 1981 photograph shows the boarded up windows of the former sexton’s house at Maple Grove Cemetery in Russellville. According to legend, the apparition of a young woman was visible in the windows after her untimely death. 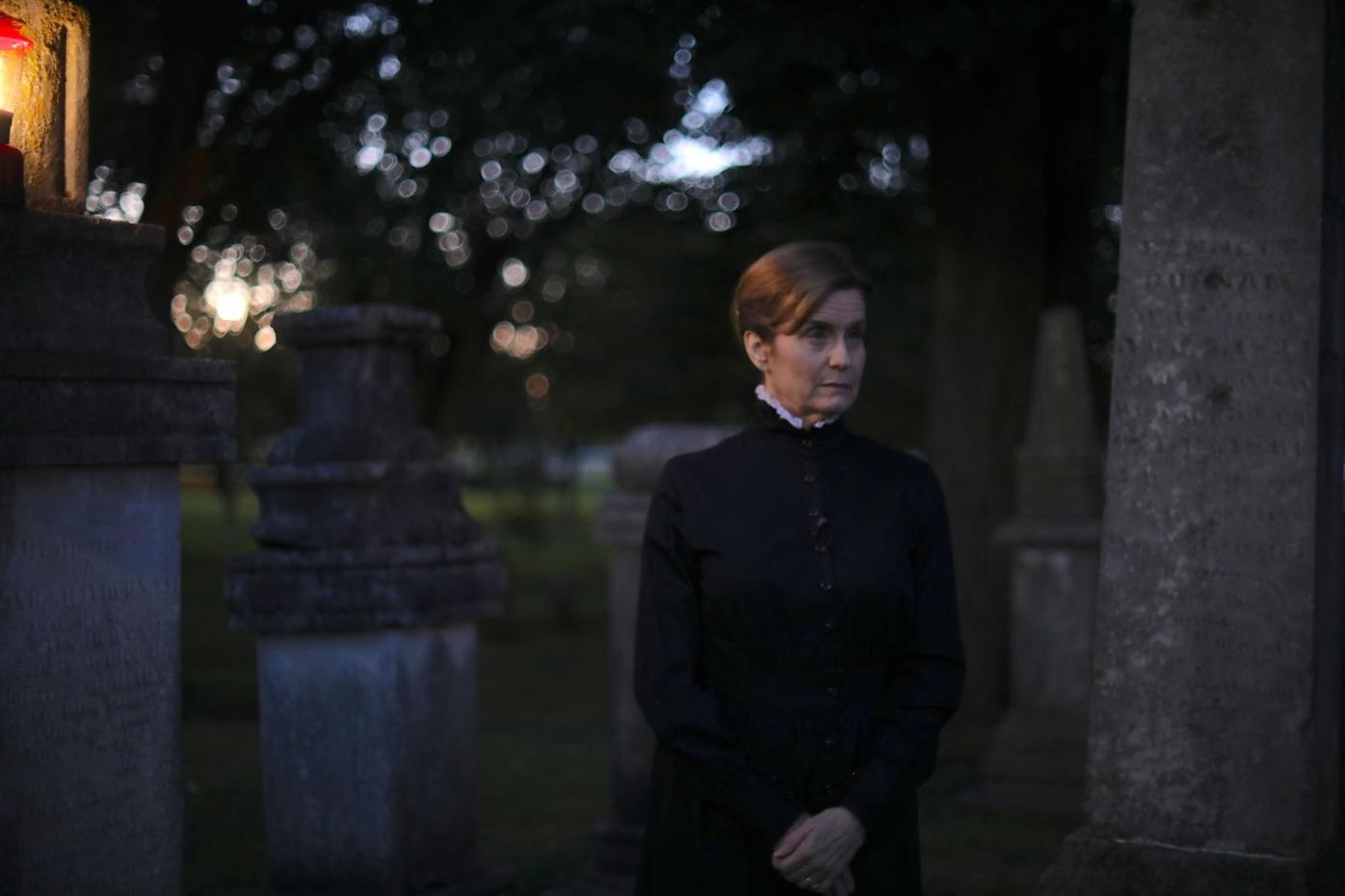 A 1981 photograph shows the boarded up windows of the former sexton’s house at Maple Grove Cemetery in Russellville. According to legend, the apparition of a young woman was visible in the windows after her untimely death.

Ghosts may or may not be real. But what is undeniable is that there is a widespread interest in the supernatural.

It’s an interest that spikes during the Halloween season when, according to folklore, the veil between the worlds of the living and dead is thinnest.

And when it comes to alleged ghosts and hauntings, southcentral Kentucky is rich in spooky tales.

Steve Miller takes the interest to another level. The founder of Bowling Green’s Evermore Paranormal Research, he developed a passion for the paranormal at a young age.

“When I got older I decided to delve a little deeper,” he said. Since 2010, he has been actively investigating supposedly haunted locations, with a special emphasis on one of the most famous local haunted locations – Octagon Hall.

The eight-sided house in Franklin was built from 1847 to 1859 by Andrew Jackson Caldwell and housed both Confederate and Union troops during the Civil War. The home, now a nonprofit museum that regularly hosts ghost hunts each fall, is reportedly haunted by Civil War soldiers and the spirit of Mary, a young girl who burned to death sometime in the 1800s after her dress caught fire. The home has been featured on several ghost hunting shows on national television.

“The creepiest thing that happened to me was at Octagon Hall,” Miller said.

He was doing a special ghost hunt for a friend and they were the only ones in the building.

“About 3 in the morning we were trying to wrap up ... as we were sitting there watching the cameras all of a sudden I hear this woman talking in the background,” he said. “And it was creepy because you couldn’t understand what she was saying, but she was right between me and him ... about a minute later this little girl started singing right behind us too .... that was pretty terrifying.”

By the end of the night, observers heard a few unexplained knocks and a motion detector activated in (seemingly) empty rooms.

The spirit box produced a few responses that seemed to fit the situation – once when Miller asked what happened at the depot, a voice seemed to answer “trains park”; another voice later seemed to say “you’re dead.”

(See the video and hear the spirit box audio at www.bgdailynews.com.)

Another local individual immersed in the ghostly folklore of southcentral Kentucky is Debbie Eaton.

By day, Eaton is group sales coordinator at the National Corvette Museum. But on many nights, she trades in being surrounded by Corvettes for being surrounded by corpses at local cemeteries. Eaton is a regular tour guide for the Unseen Bowling Green walking tours presented by the Historic RailPark & Train Museum.

Spooky and unusual “history has always been something I’ve been interested in and it’s kind of fun to see how people’s belief and what they thought about ghosts from all the way back before the Civil War to modern times,” she said.

On a recent night at the (purportedly haunted) Pioneer Cemetery in Bowling Green, Eaton recounted some of her favorite local ghost stories.

One involves a woman named Mary, who lived decades ago in a second-floor apartment above what is now 440 Main restaurant in downtown Bowling Green.

Eaton noted that Mary was not historically documented, but according to the legend, was a lover of books. According to one account, she was leaning too far out of a window to catch remaining daylight while reading a book and fell to her death. Another account has Mary committing suicide after being jilted by her fiance.

“Nobody agreed on how she died, but they all agree on how she behaved after she died,” Eaton said.

Some of Mary’s beloved books had reportedly been left in a corner of a closet. When the books were moved, “strange things started to happen. They would have items move to the edge of the shelf and then they would drop to the floor. Other times things would go sailing through the room as if they had been pitched,” Eaton said.

There would also be other mischief – until the books were returned to the shelf.

Eaton also recounted one of the best-known ghostly tales of southcentral Kentucky involving a young woman in Russellville and her apparition reportedly etched forever in glass.

According to the version of the story recounted by Eaton, the young woman was the daughter of the cemetery sexton (the caretaker of a cemetery) at Maple Grove Cemetery. The sexton’s house was at the front of the cemetery.

The daughter had been seeing a young man and was expecting a marriage proposal at a Fourth of July picnic. She and her mother made a white dress for the occasion. But as she awaited the picnic, she looked out of her upstairs bedroom window and saw a thunderstorm moving in.

She shook her fist at the sky, Eaton said, and cursed God. At that moment, a bolt of lightning struck and killed the girl. She was buried in the white dress.

Then her family “started noticing that on certain nights, when the weather conditions were just right, people were gathering on the front yard of the sexton’s building and gawking up at that window,” Eaton said. “Turns out that on certain nights, they could still see this young lady, her fist in the air, cursing God,” Eaton said. “It drove the parents crazy. They just wanted to forget about it and move on. But people kept coming, so they replaced the glass, but that didn’t work. You could still see her with her fist raised. So they painted the window, but it still bled through ... finally they could take it no more and they boarded up the window, and they moved. But people kept coming to see the girl in the window.”

A1981 Daily News article said the home’s owners did indeed board up the cupola windows. But it wasn’t because of the apparition of the young woman, it was because they were tired of the endless stream of gawkers on their front lawn.

The home’s owner said the story of the apparition in the window was just a “tale that somebody started ... there’s nothing to it.”

But the legend of the Russellville ghost window lives on, as do the many other ghostly legends in southcentral Kentucky. Even the campus of Western Kentucky University is supposedly riddled with haunted locations.

Pearce Ford Tower and Van Meter, Potter, Barnes-Campbell and Cherry halls all have ghost stories associated with them.

At Van Meter, an apparition is variously reported as being that of a construction worker or a student who died in accidents in the building, according to WKU’s website.

The most colorful version of the Van Meter ghost legend is that there was a hermit living in caves underneath College Heights who “found a secret passageway into Van Meter,” according to the website. “When he visits, he carries a blue lantern, which explains the blue light that is associated with the ghost.”

At Potter Hall, a ghost nicknamed “Penny” supposedly leaves pennies for workers in the building.

WKU has an entire section of its website dedicated to the alleged hauntings (https://www.wku.edu/ghosts/) and in 2012, the popular “Ghost Hunters” TV show made a stop in Bowling Green to investigate the stories in an episode titled “Higher Dead-ucation.”

Along with stories repeated from generation to generation about the area’s legendary haunts, some ghost stories are more recent.

Eaton has had her own, more modern, experiences at the Corvette museum.

The ashes of Zora Arkus-Duntov, an automotive engineer known as the father of the Corvette who died in 1996, are housed at his beloved Corvette museum, as are those of his wife.

Eaton said museum employees have reported pieces of cars inexplicably missing, only to have them turn up later, as if hidden by a prankster.

One early morning, Eaton said she was in a museum restroom alone when she heard the sound of someone washing their hands. She looked out to see the water running, but no one there.

One late night, she and another employee were locking up the museum. They were walking back to the offices when they distinctly heard someone clearing their throat.

“Both of us looked. We called out,” Eaton said. “We acknowledged Zora, and we didn’t hear anything else. He just wanted us to know he was still back there.”

The black 1957 Chevy careens down the twists and turns of Beech Bend Road. The driver has a sly smile but his passenger, his kid brother, hold…