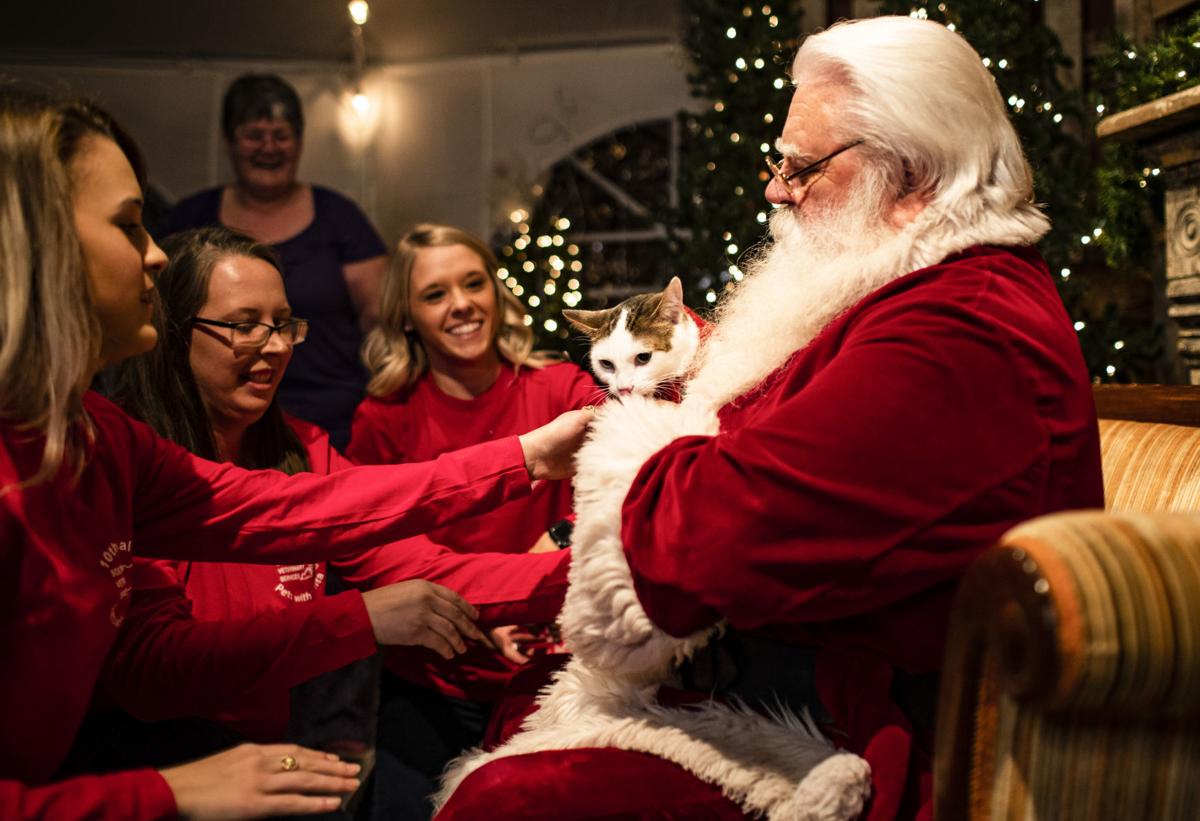 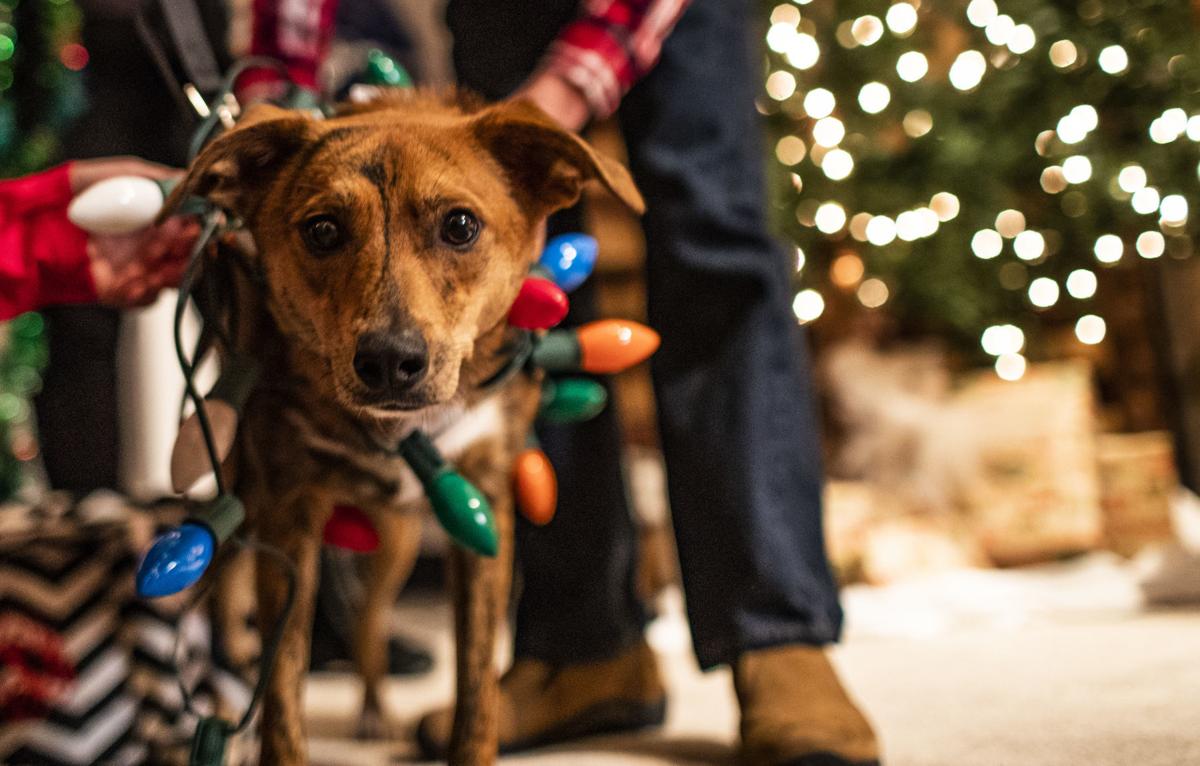 A dog named Auggie is dressed in Christmas lights to take a photo with Santa on Thursday, Nov. 21, 2019, at South Central Veterinary Services. (Austin Anthony/photo@bgdailynews.com) 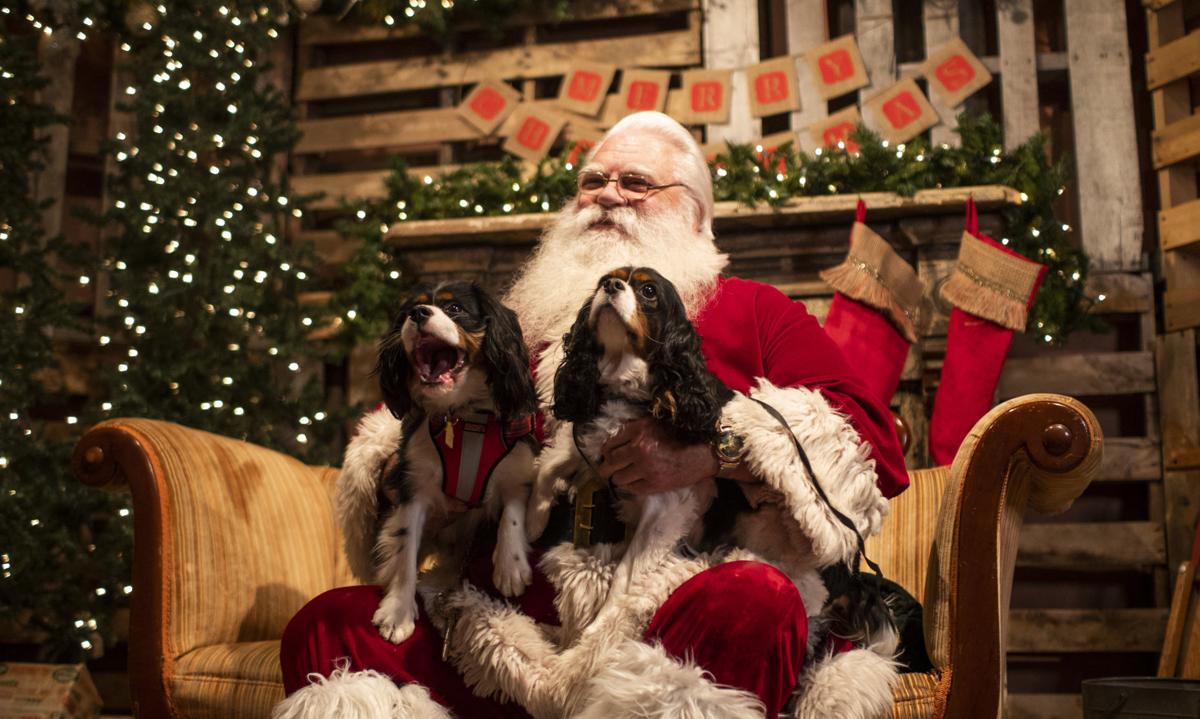 A dog named Auggie is dressed in Christmas lights to take a photo with Santa on Thursday, Nov. 21, 2019, at South Central Veterinary Services. (Austin Anthony/photo@bgdailynews.com)

Southcentral Veterinary Services was in the Christmas spirit Thursday during its 10th annual Pets with Santa event.

Veterinary patrons gathered with their pets in the business’ parking lot under a white tent decorated for the holiday season and arranged for pictures with Santa.

Eddy Grimes and his wife, Nicole Grimes, established the event to coincide with the grand opening of the veterinary service.

“Families and their pets get to get their pictures made with Santa,” Nicole Grimes said. “We are also giving out T-shirts, serving cookies and milk and it is really just a gathering for the community and an environment that is great for Christmas. The business has grown every single year. (Eddy) gets new clients, and they tell their friends. It is really word of mouth.”

“I think the first year, we might have had a dozen pets,” Eddy Grimes said. “We have always had it in the lobby, but this is the first year that we’ve moved it out into the parking lot under the tent. It just started getting crowded and a little noisy and we started getting a lot of pets together it could get a little bit chaotic.”

“I went to Morgantown in 2006 and was in mixed animal practice there for about four and a half years,” he said. “I left there in 2010 and we opened our practice here in January 2011. We are a mixed animal practice, mostly small animals, but we also treat larger animals like cows and horses, so we cover it all.”

Eddy Grimes said he wanted his business to serve where he thought a need was in the Bowling Green area.