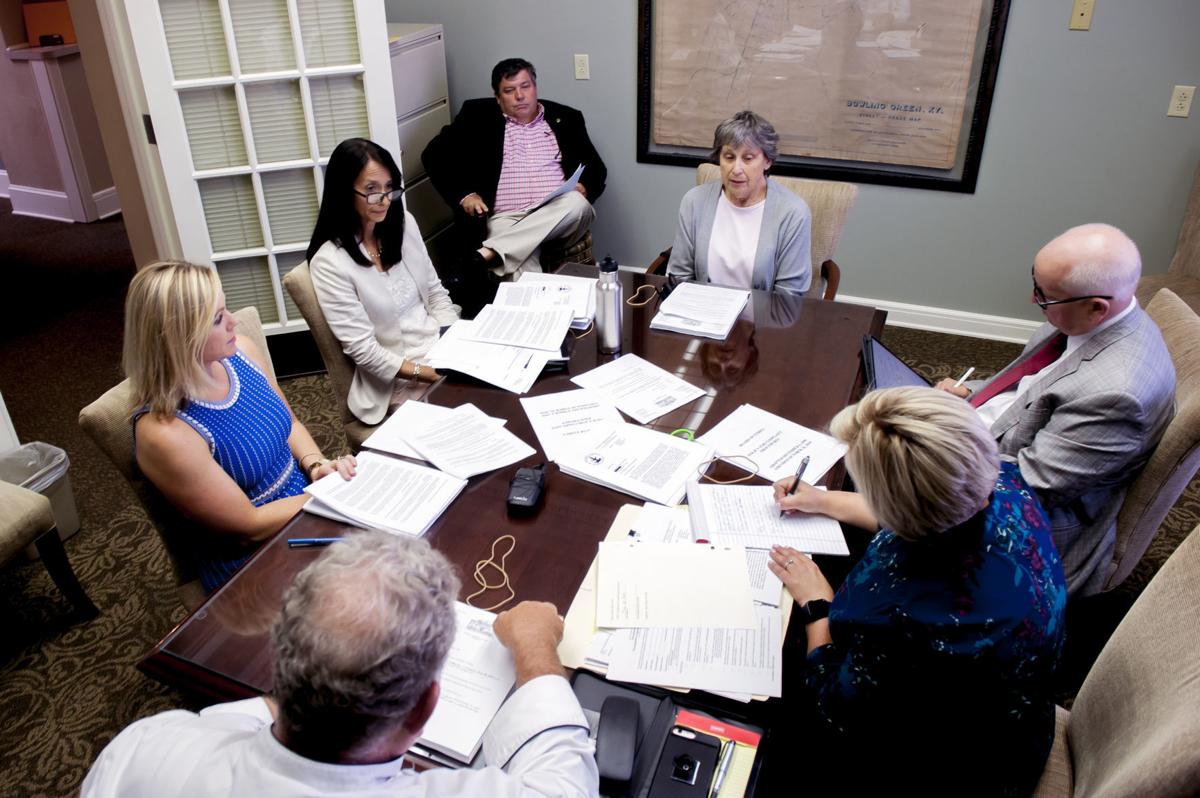 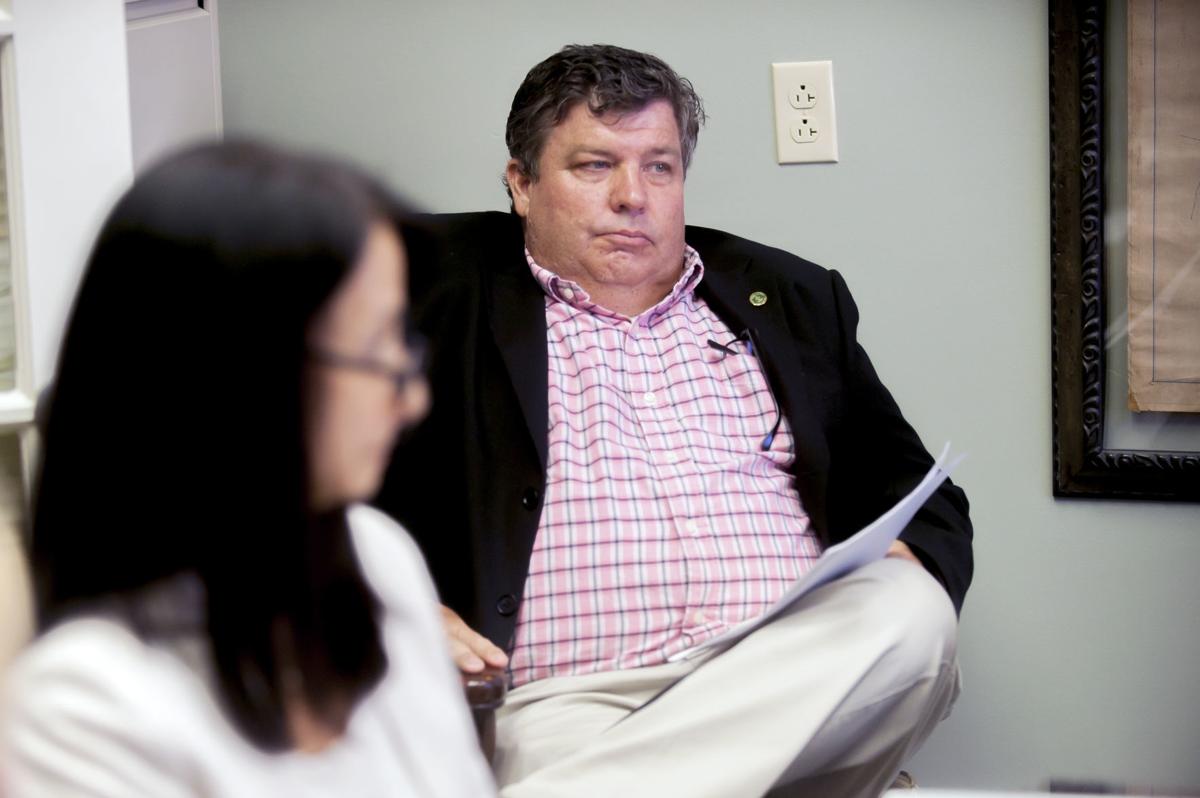 The city of Bowling Green Board of Ethics voted unanimously Tuesday to hire special counsel to look into whether City Commissioner Brian “Slim” Nash violated the city’s code of ethics.

As of Tuesday, the ethics board had received 24 complaints stemming from Nash’s arrest May 23 on a charge of alcohol intoxication in a public place after a Warren County sheriff’s deputy saw him leave the Southern Kentucky Performing Arts Center “in an intoxicated state” and get into his vehicle, according to the arrest citation.

He pleaded guilty May 28 and was ordered to pay a $25 fine and court costs.

The special counsel, who will be hired at a future board of ethics meeting, will be tasked with helping the board investigate issues surrounding the alleged violation of the code of ethics.

The city’s code of ethics outlines prohibited behavior, including: “(Engaging) in illegal or unethical behavior, whether committed on or off duty, including, but not limited to ... conduct that violates a federal, state or local law or ordinance, (excluding traffic violations) whether or not the violation relates directly to the duties of the public official.”

Board member Debby Peeples made the motion to hire a special counsel, saying “I am not sure I have all the facts” related to a potential code of ethics violation. The three other board members present Tuesday at City Hall quickly agreed.

Nash previously issued a public apology for his May 23 actions via social media, and reiterated that apology at Tuesday’s meeting in his first in-person public statements regarding the arrest.

“I embarrassed myself. I embarrassed my family. I embarrassed the people who support me and the city,” Nash said. “Some have argued I am only sorry because I got caught, (but) my apology is sincere. I hope to be able to do good work for the city.”

According to the Board of Ethics policy manual, if the board does find that Nash violated the city code of ethics, it could take a number of actions, including issuing a written reprimand or recommending that Nash be disciplined or removed from office.

Bowling Green Mayor Bruce Wilkerson said previously it would take a vote of the rest of the city commission to remove Nash from his commission seat.

Nash’s attorney, Alan Simpson, addressed the board before its vote to hire special counsel, asking that it take “a measured response to what actually happened.”

He said that unlike most individuals who are charged with public intoxication, Nash’s arrest made newspaper and TV headlines and that Nash has been the subject of “horrible and vulgar statements” on social media.

“He happened to make a bad decision ... he has to live with the consequences,” Simpson said.

He also referred to Nash’s previous arrest, which was also cited in many of the complaints to the ethics board.

Nash was arrested in 2013 on suspicion of DUI, at a time when he was not serving on the commission. That case was resolved in 2017 with a dismissal of the DUI charge and a guilty plea to a count of improper turning, for which Nash paid a $100 fine.

Simpson said because those DUI charges were dismissed, “they should not be held against him at all.”

The complaints the board has received range from one-sentence emails – “TAKE NASH OUT” – to lengthy letters.

“There is a public perception that elected officials have one set of rules and the rest of the citizenry have another,” wrote Tom Schaefer. Other complaints echoed the concern that Nash received special treatment in not being charged with driving under the influence.

A week after Nash’s arrest, Warren County Sheriff Brett Hightower clarified that Nash was seen backing his vehicle out of a parking space May 23, and the failure to charge him with driving under the influence was based on the judgment of the deputy.

Other complaints alleged that Nash was an embarrassment to the city and could not be trusted to continue to serve as a commissioner.

“His recent conduct at (SKyPAC) does not reflect the kind of representation and good judgement that is needed in that public office,” June Brown wrote.

The four board of ethics board members present at Tuesday’s meeting – Joanna Futrell, Peeples, Joanne Powell and Mike Riggs – briefly discussed whether the special counsel should be from outside Bowling Green to avoid any appearance of a conflict of interest.

“Outside counsel would be welcomed,” he said.

What we are now seeing is a bunch of gutless bureaucrats who like the idea of being on the BG board of ethics but are too cowardly to do what the job requires. The definition of what constitutes a violation of the code of ethics is quite plain. There is no need for costing taxpayers additional money by hiring outside people for this decision except to prevent an incompetent and cowardly ethics board from taking any responsibility for the decision. We know Nash has a history of manipulating the legal system to escape the consequences of his actions as he has demonstrated by his past DUI arrest. Each time a well known local lawyer is retained to get him off. Now our new sheriff gives his deputy a pass for not doing his job and Slim ran, not walked, to pay his $25 token ticket before it even got cold. Then the ethics board provides further cover by passing the buck onto a third party. This is a pathetic display of officials charged with enforcing the law and upholding the ethical standards of Bowling Green abdicating their responsibility. The fix is in! We may as well disband the "Ethics Board". They are a joke and an insult to our intelligence. Good luck to the common man with driving your car drunk and not getting a DUI, or getting a local board to pass the buck on YOUR ethics violation.