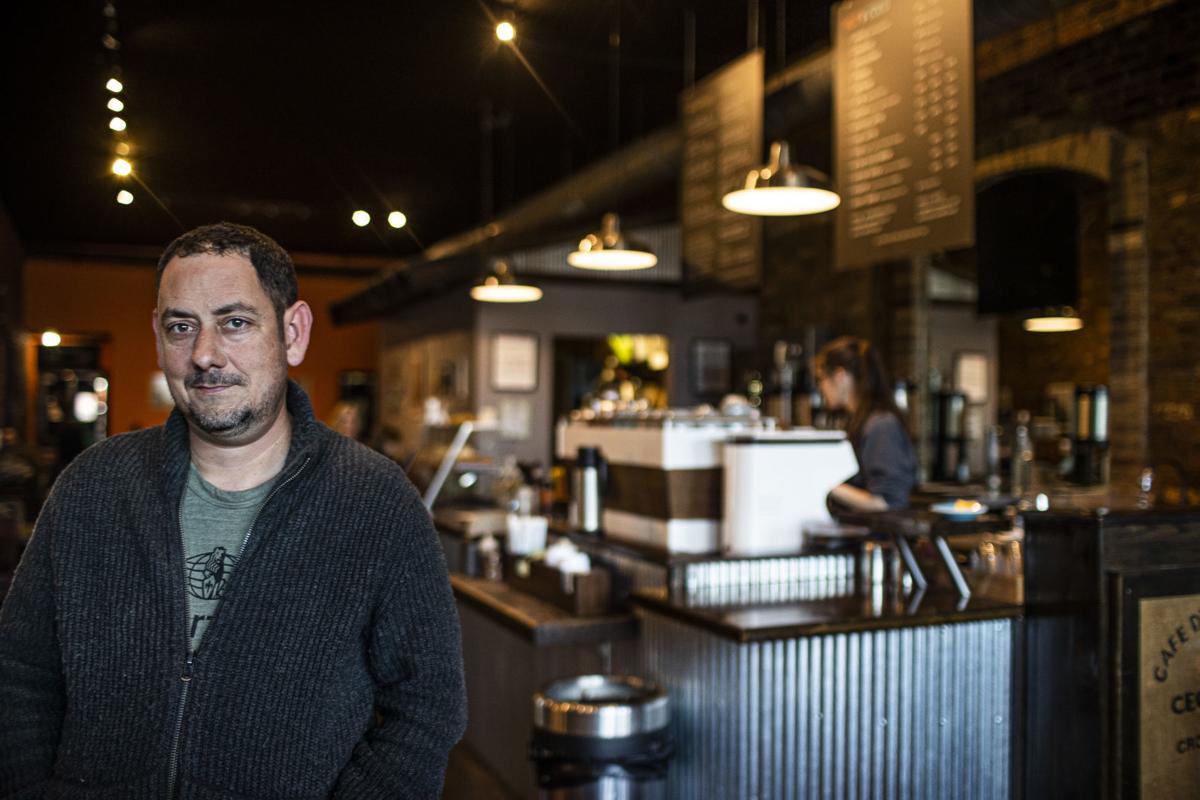 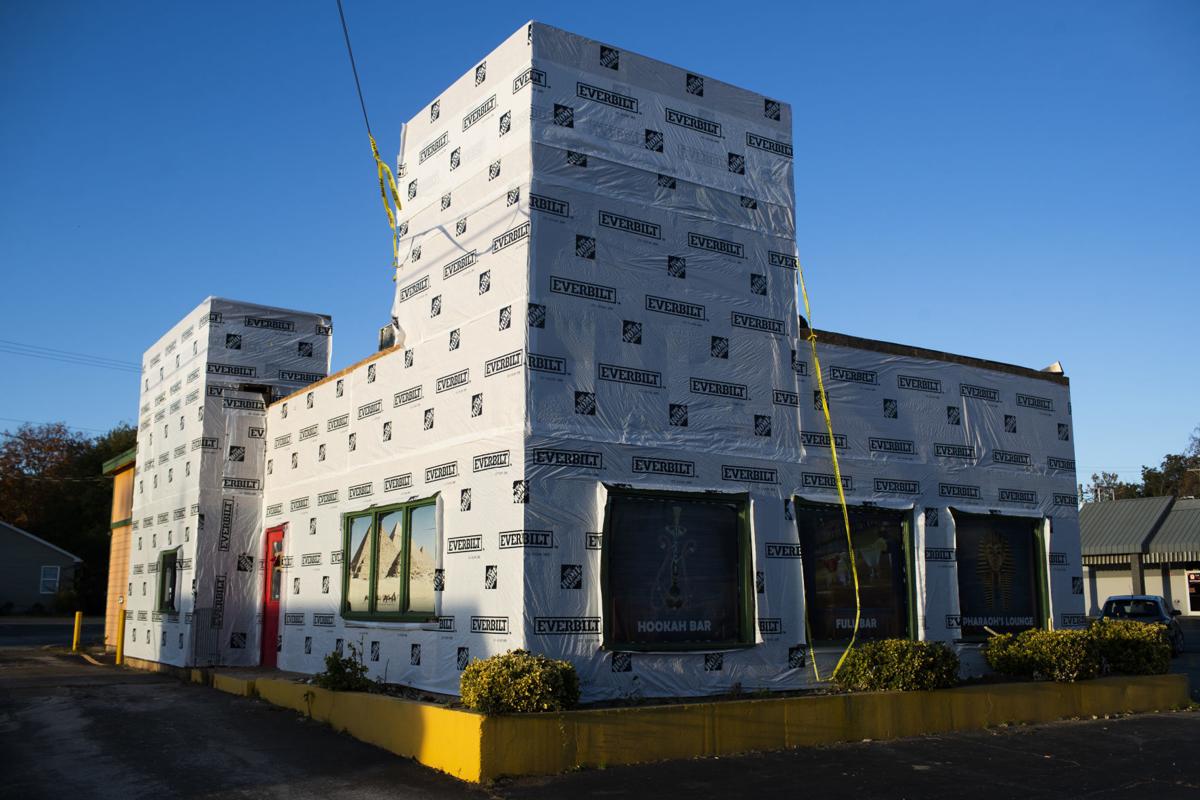 The future location of a second Spencer’s Coffee is shown Tuesday, November 5, 2019, at the former home of Pharoah’s Hookah Lounge at 1265 U.S. 31-W By-pass. 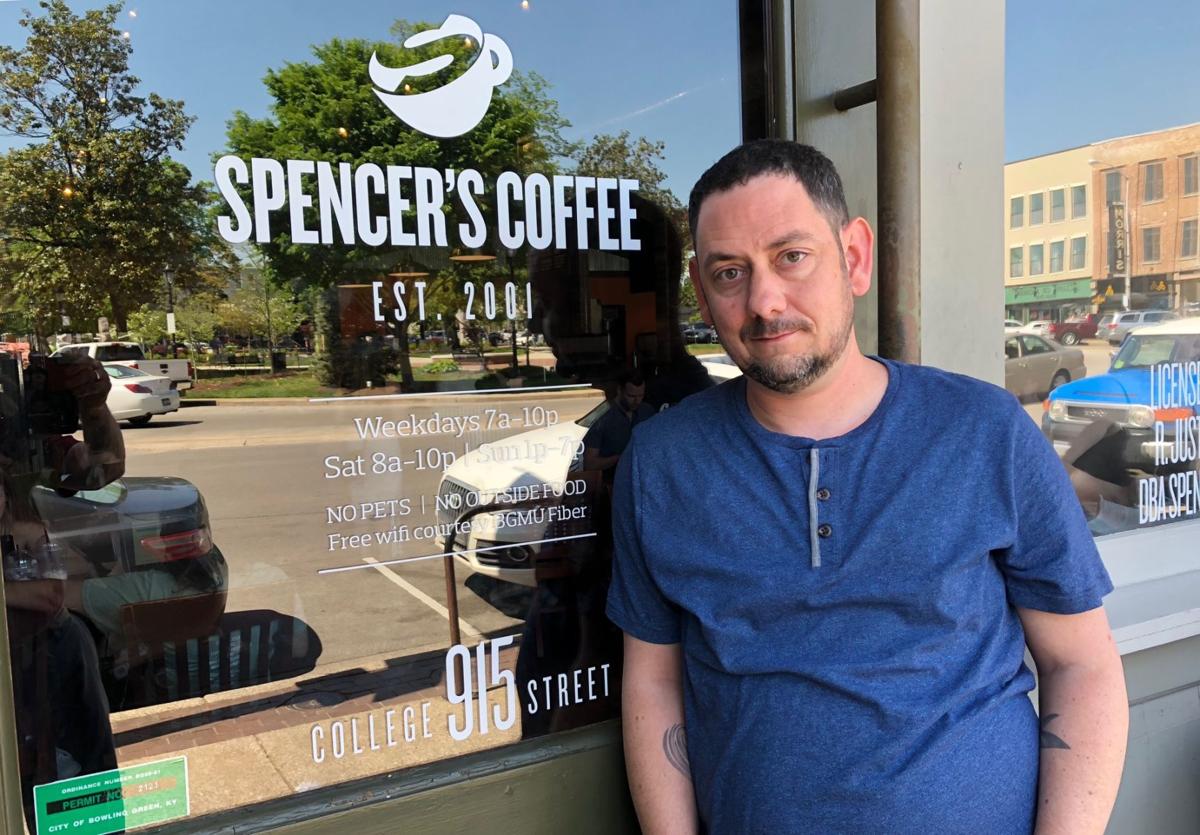 Spencer’s Coffee owner Justin Shepherd is aiming to have a second location open next spring on the U.S. 31-W Bypass.

The future location of a second Spencer’s Coffee is shown Tuesday, November 5, 2019, at the former home of Pharoah’s Hookah Lounge at 1265 U.S. 31-W By-pass.

Spencer’s Coffee owner Justin Shepherd is aiming to have a second location open next spring on the U.S. 31-W Bypass.

If Justin Shepherd has his way, one of Bowling Green’s most popular downtown coffee shops will soon be the go-to spot for coffee, lattes and pastries on U.S. 31-W By-Pass.

Shepherd, who has owned Spencer’s Coffee at 915 College St. since 2005, is working on opening a second location in the former home of Pharoah’s Hookah Lounge at 1265 U.S. 31-W By-Pass.

Renovation has started on the 2,000-square-foot building that was once a Lee’s Famous Recipe Chicken restaurant, and Shepherd hopes to have it open in the spring.

“We’ve been looking into opening a second location for a couple of years now and never really found the right spot,” Shepherd said Tuesday.

Instead, Shepherd expanded the downtown location last year, adding 1,100 square feet and increasing the restaurant’s seating capacity from 80 to 120.

“We shifted our focus to that (expansion) and put the second location on hold,” Shepherd said. “Then, when this building came open on the bypass, it seemed perfect. It has drive-thru capability and a sizable kitchen, so it seemed like a great spot.

“We’re really excited about taking what we do here out to the bypass.”

Although the downtown Spencer’s brings in plenty of regulars, ranging from college students to attorneys and other professionals, Shepherd believes a bypass location will expand his reach.

“As much as we love being downtown, it’s not for everybody,” he said. “We have a lot of occasional customers who would be everyday customers if they could pull into a parking space or go through a drive-thru.”

Shepherd hinted at a different sort of drive-thru that takes advantage of his coffee shop’s reputation for customer service.

“We have some ideas on how to make the drive-thru feel as much like the inside as possible,” he said. “We want to create that connection between our team and the customers even in the drive-thru setting.”

Having the ability to cater to on-the-go customers will distinguish the bypass location from the downtown eatery, but Shepherd said that won’t be the only difference. Customers can expect to find many of the same coffees, teas and other beverages, but they shouldn’t expect a carbon copy of the downtown eatery’s menu.

“We don’t intend to replicate everything about our current shop at the new one,” Shepherd said. “The beverage menu will be very similar, but we won’t do the same sort of food menu.

“We’ll probably be more breakfast-focused. That works well for the drive-thru.”

Shepherd said a larger kitchen at the new location will allow for an expansion of baked goods offerings.

“We’re limited by the kitchen space here,” he said. “We intend for baked goods to be a larger piece of our operation at the new place.”

The Spencer’s owner believes the timing is right for the move to the bypass.

“When I arrived here in 1999, the bypass was in somewhat of a downward trajectory,” he said. “But with new housing in the area, it seems like this is a good time to get in on the ground floor of the bypass coming back. Over the next decade, I think a lot of businesses will find it attractive.”

Shepherd said he will oversee the two stores along with Spencer’s Operations Manager Nate Settle and Administrative Manager Leslie Dobbins. They haven’t yet decided on the hours of operation, but Shepherd expects the new location to add another 10 to 12 employees to his current staff of 21.

COVID-19 threw him a curve, but Justin Shepherd has found a way to follow through on his plans to establish a second location for his Spencer’…