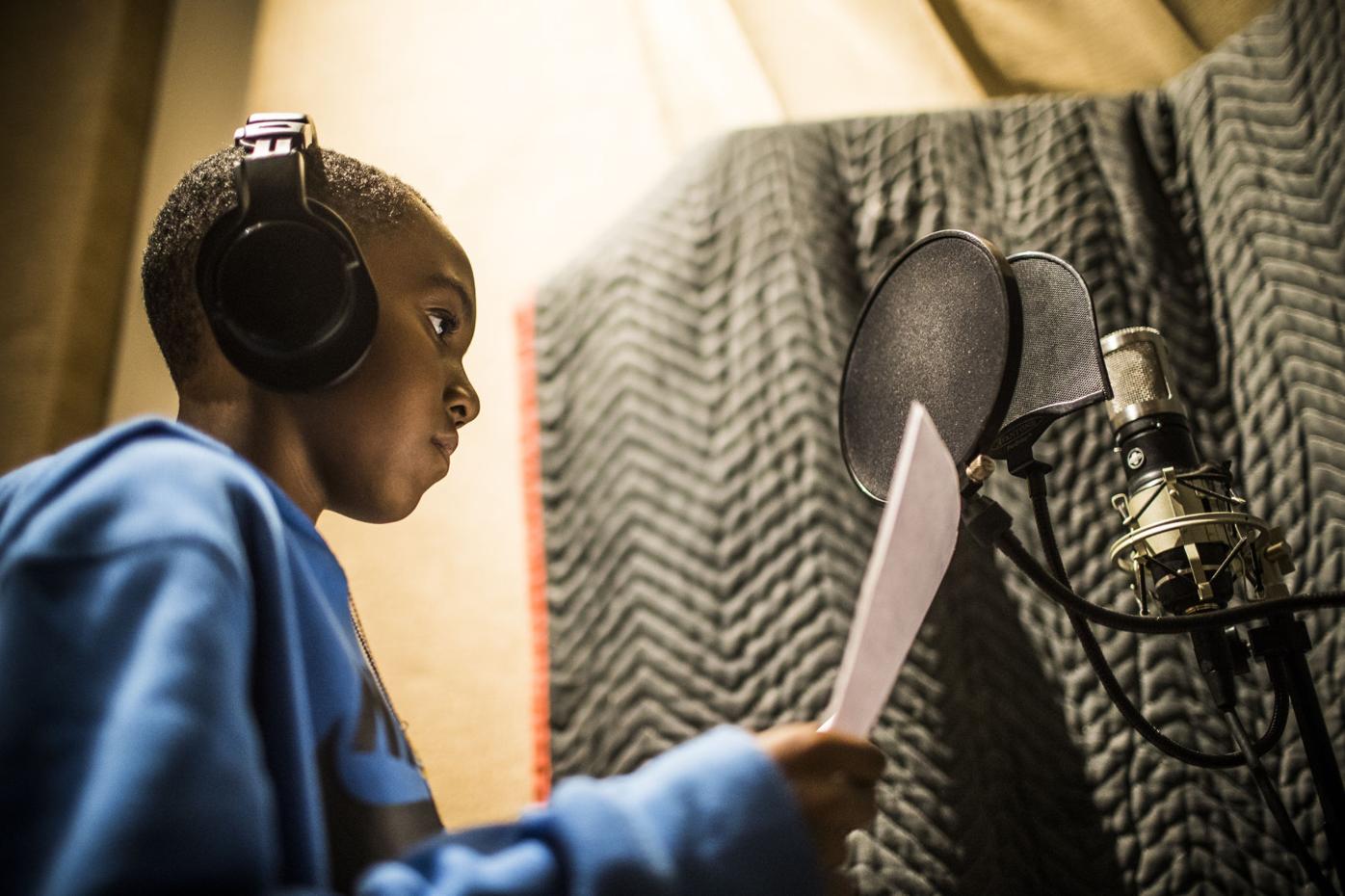 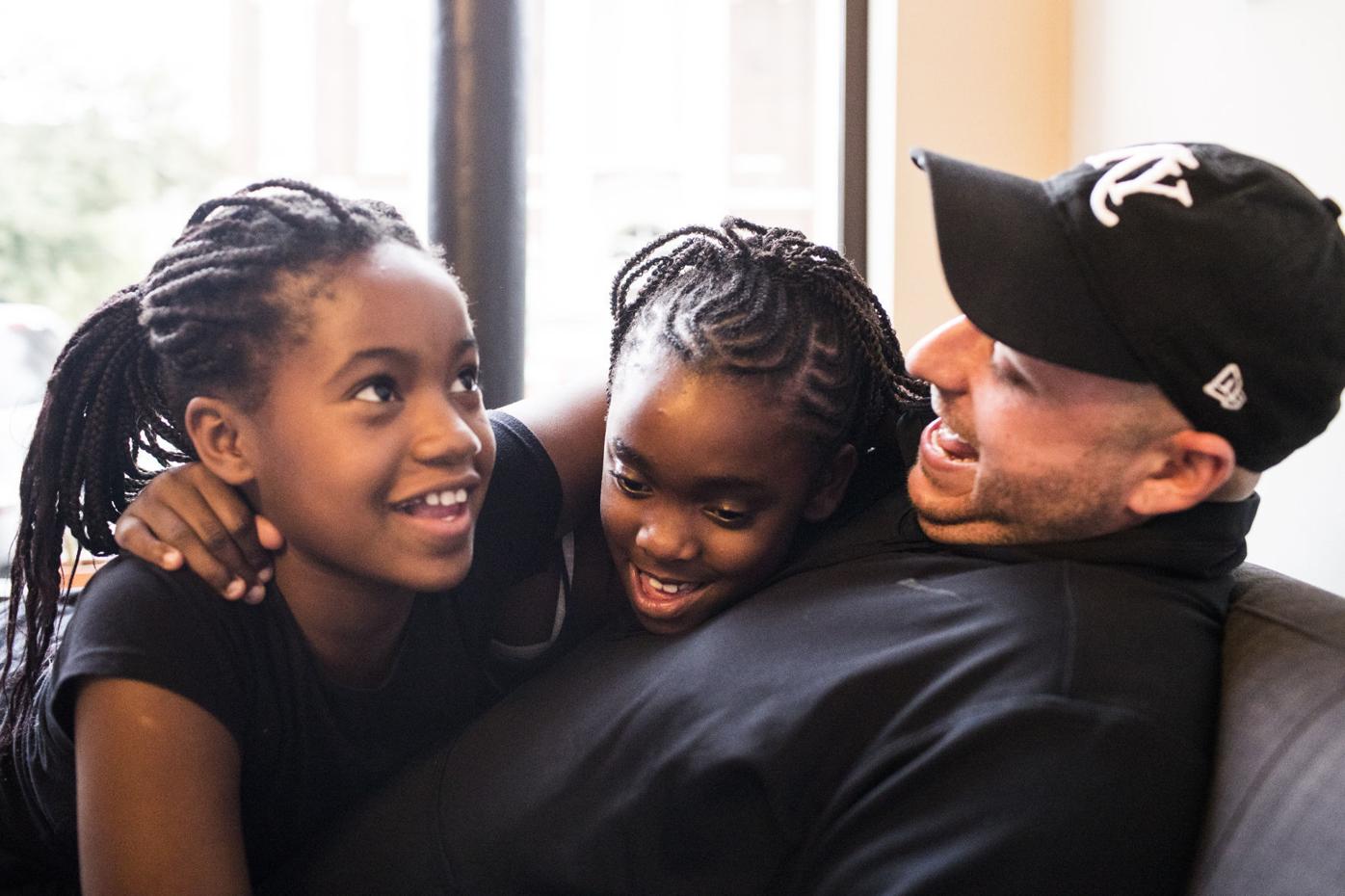 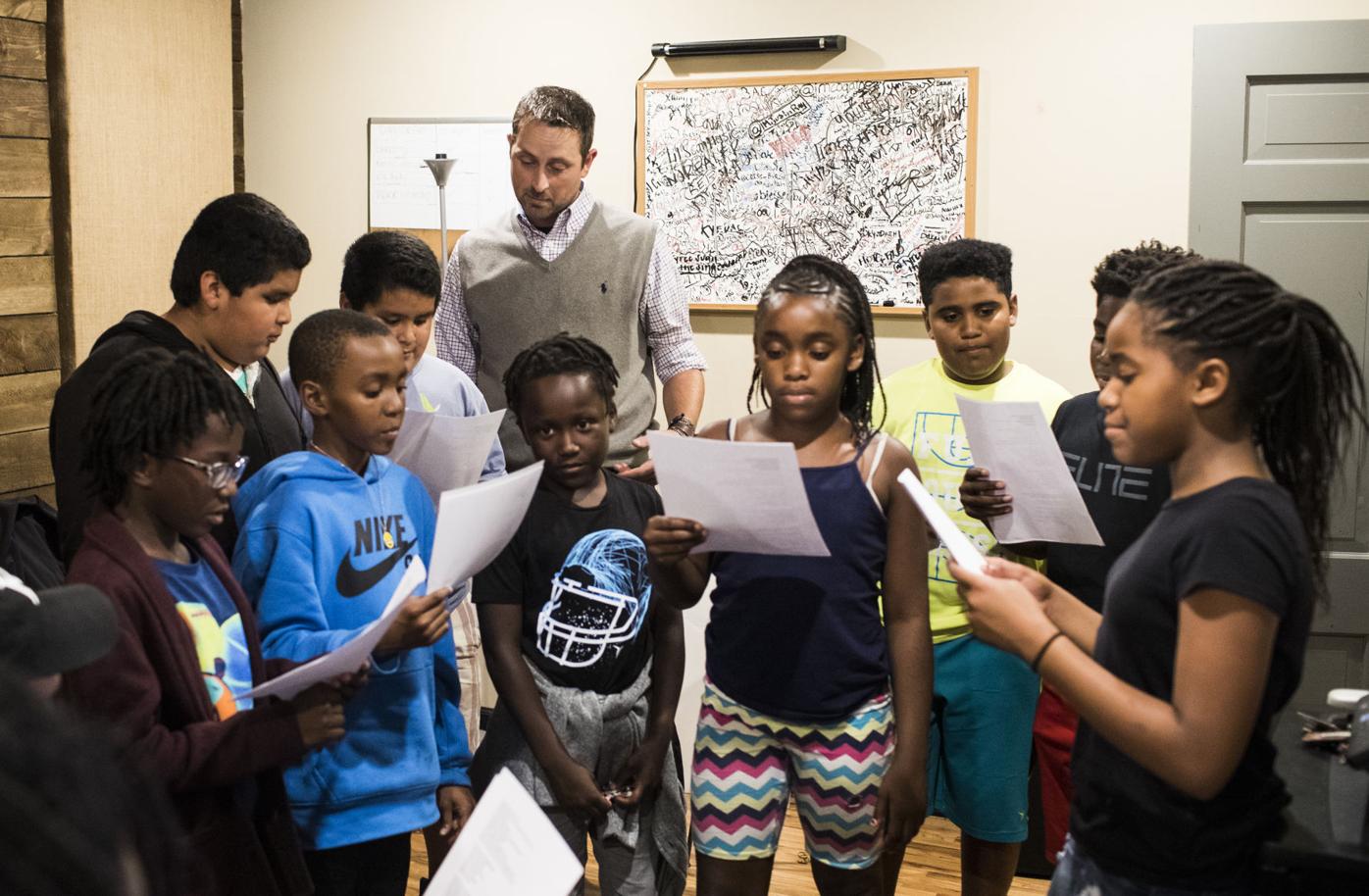 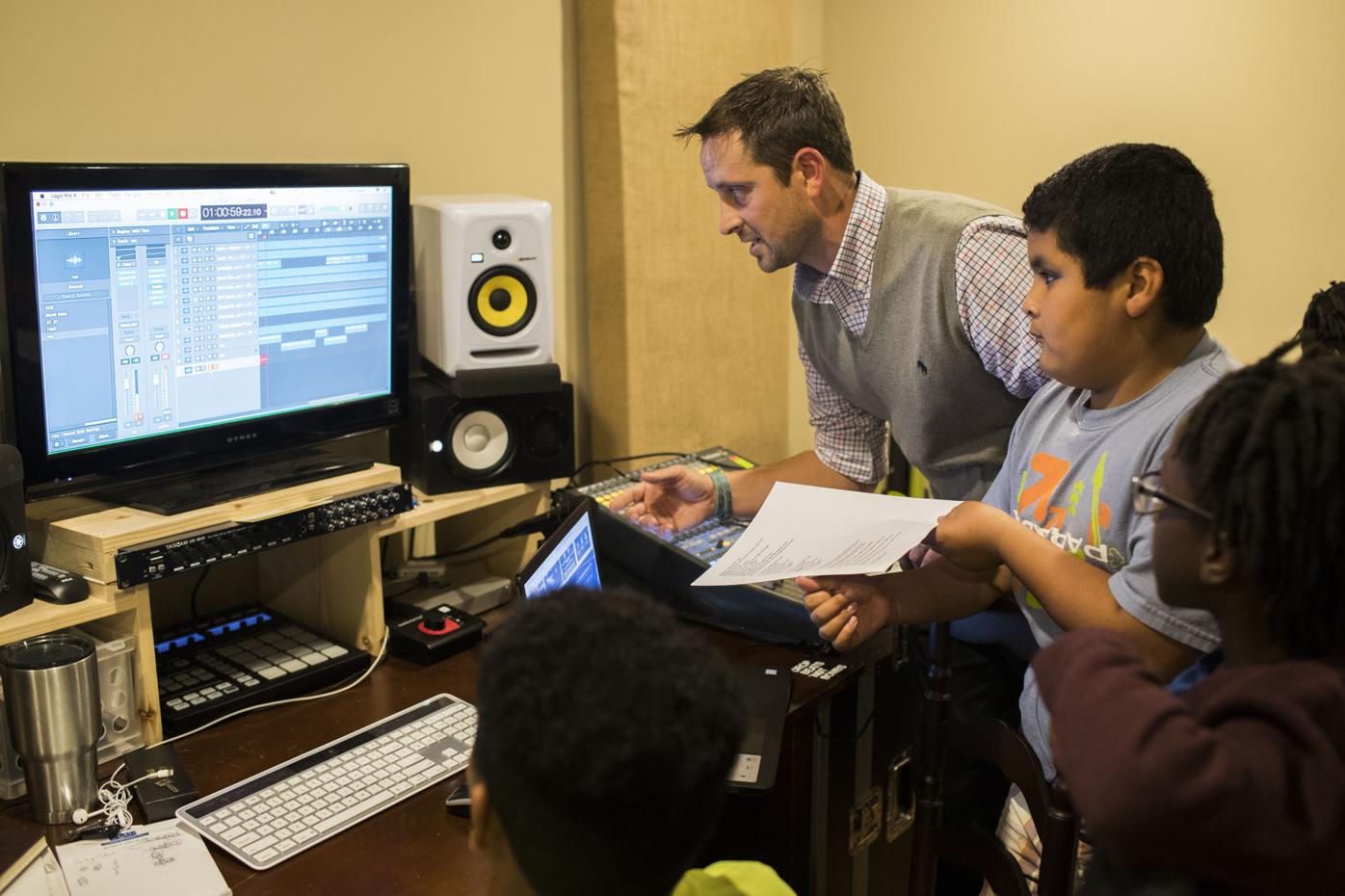 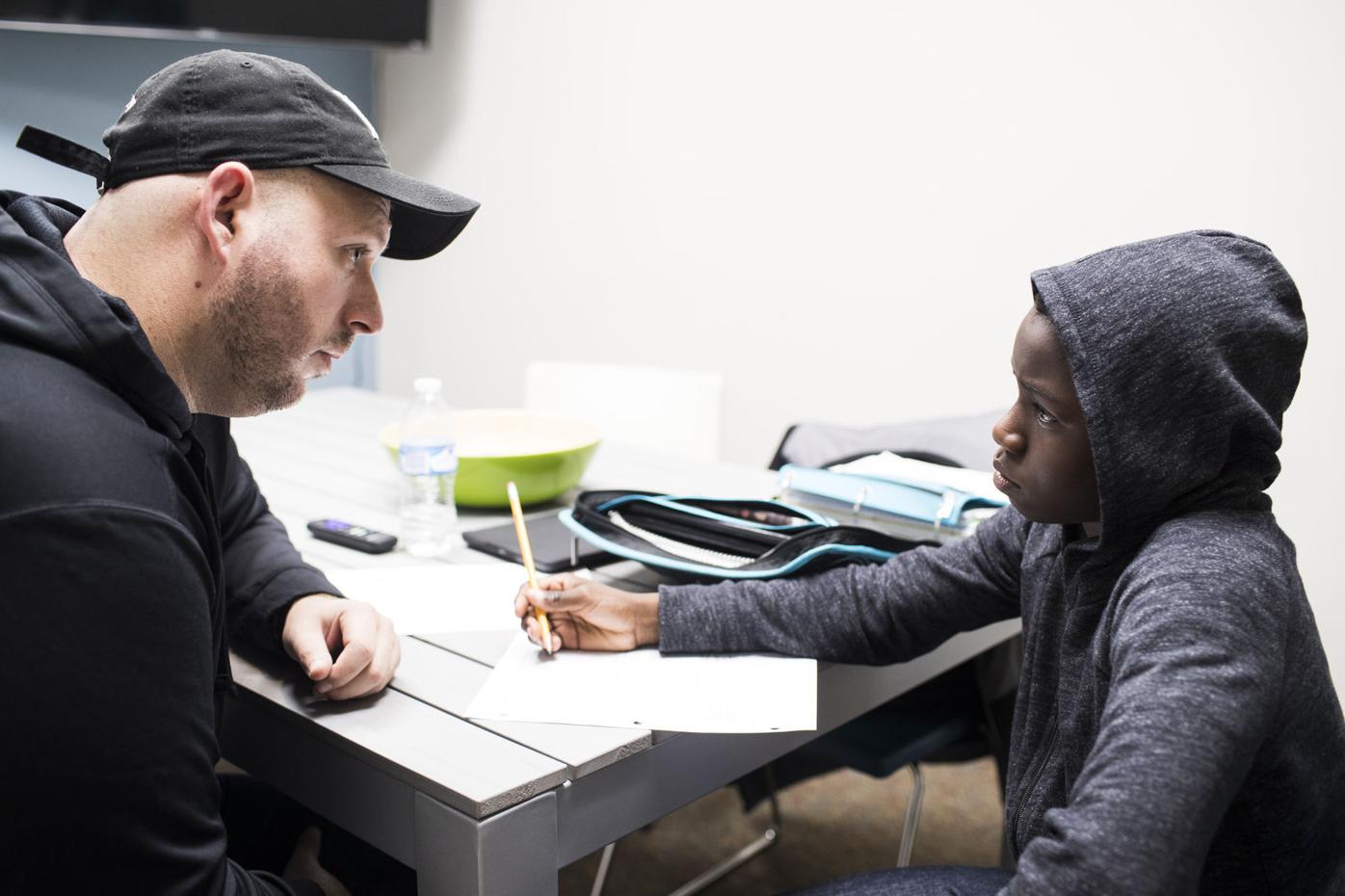 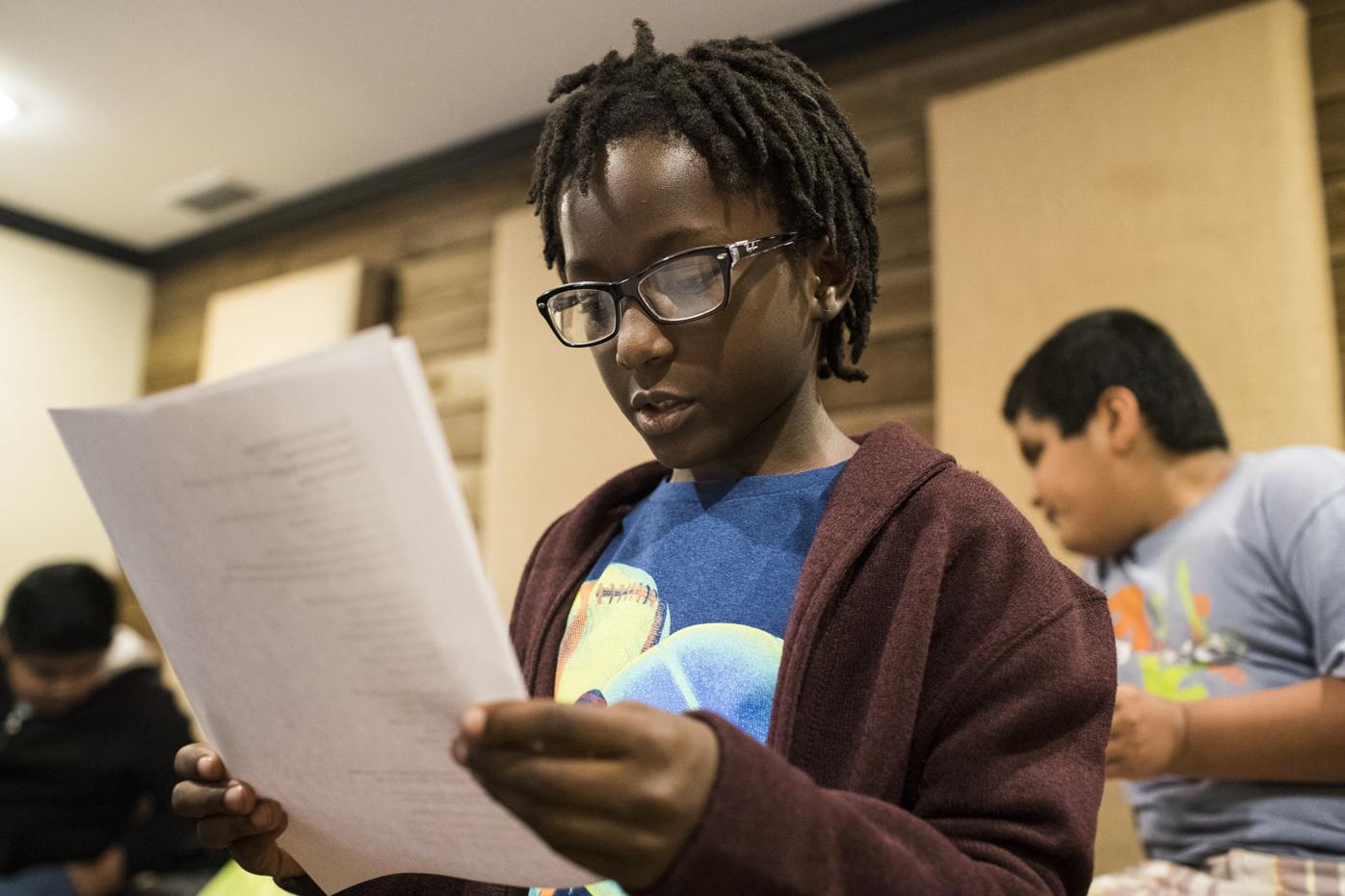 When Jonathan Stovall helps his students turn lessons about multiplication and bullying into songs produced in a recording studio, he is quick to realize how unconventional it is.

“It’s not your typical classroom,” said Stovall, an assistant principal at Adairville Elementary School who spends his Wednesday evenings working with students at NF Records.

For almost a year, Stovall has been working through New Age Curriculum to pair content students would normally learn through Common Core state standards with opportunities to create their own music with the help of local musicians. The students, who are from Bowling Green, work out their own song lyrics and beats, practice a song and record it.

“The students are involved in every aspect of the creation of this music,” said Stovall, adding that kind of engagement doesn’t normally happen in the classroom.

“In a classroom, you see compliance,” he said.

Justin Eckerd, owner of NF Records, has helped students produce hip-hop songs about the water cycle and the preamble of the U.S. Constitution. Between having to work out rhyme schemes, song structure and time signatures, Eckerd said students learn to master much more than just the song’s content.

“It really does put your brain to the test to figure out patterns,” he said, adding students also explore career applications of the recording industry by practicing. “It’s nice that they have the ability to learn and have a choice between all these different career paths.”

On Wednesday, students gathered around music production equipment and a leather couch to go over lines for a song about bullying that will be included in an upcoming album. At first, students repeated the lines to themselves. Then they joined their voices to sing together with a beat and sang lyrics like “respect is the No. 1 rule, because picking on your friends ain’t cool.”

For Deandre, the program is great because it lets him teach other students, as well as learn about math and sing.

“Something that I don’t know, it can just teach me when I’m singing it,” he said.

Deandre’s mother, Latasha, has two other children in the program and said she’s glad her household echos with songs about multiplication tables.

“They want to learn because of it,” she said. “It definitely sticks with you.”

As the students keep practicing, Stovall plans to keep expanding the program. After a successful week-long camp last summer in partnership with the Housing Authority of Bowling Green, he’s working on an after-school program.

He hopes to keep building the vision he dreamed of when he started.

“I wanted to build something that was engaging to kids and met kids where they’re at,” he said. “That’s what you want is a love for learning.”