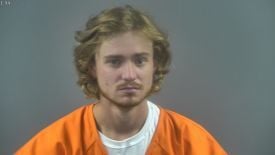 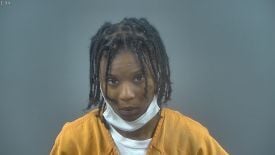 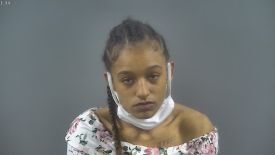 Dalton Quinn, Baylen Wardlow & Ce-Daisha Donan, all of Bowling Green, were arrested for their involvement in an alleged robbery. They were arraigned in Warren District Court on Monday.

Three people arrested in connection with a reported robbery outside a chiropractic office made their first court appearances Monday.

Dalton Quinn, 22, Baylen Wardlow, 21, and Ce’Daisha Donan, 20, all of Bowling Green, were arraigned in Warren District Court, where District Judge Brent Potter entered not guilty pleas on their behalf on several criminal counts.

Quinn is charged with first-degree robbery, third-degree possession of a controlled substance, theft by unlawful taking (less than $500) and possession of marijuana.

Wardlow and Donan are each charged with first-degree robbery by complicity, trafficking in synthetic drugs and trafficking in marijuana (less than eight ounces).

Wardlow is also charged with trafficking in a controlled substance, second-degree promoting contraband and possession of marijuana.

Donan is also charged with tampering with physical evidence and attempted trafficking in a controlled substance.

The woman reported that a man, who police later identified as Quinn, approached her outside the office, asked her if she had anything that didn’t belong to her and then displayed a handgun, according to an arrest citation.

The woman told police she had been borrowing a phone from the robber’s friend, who she identified as “B,” and that she gave the man the phone along with $137 in cash.

She then said the man drove away in a red pickup truck, which city police later found parked outside T-Mart on Adams Street carrying a man matching the description of the robber provided by the alleged victim, who also identified “B” in the truck.

According to arrest citations, the truck was occupied by Quinn, Wardlow and Donan.

Quinn agreed to speak with police about the incident.

“(Quinn) advised he was friends with (Wardlow) and that he was upset because her phone had been stolen by an unknown female,” BGPD Officer Jennie McShane said in an arrest citation. “He advised he told her he would go help her get the phone back. He stated the females told him to pull into the chiropractor’s office because (the victim) was there.”

Quinn said he jumped out of the truck and aggressively told the woman to give back the phone, and he also denied having a gun, court records show.

During a search of the vehicle, police found three firearms, cash and small bags of marijuana, Xanax and synthetic marijuana, according to arrest citations.

Donan denied knowledge of a robbery occurring while they were in the parking lot of the chiropractic office, according to her arrest citation.

Preliminary hearings for all three were scheduled for Friday.

Perhaps they were just wanting to get bread for their kids? yo jailbirds, just tell the judge that you are part of the Burn Loot Mob. All the liberals in Warren County will rally for you.