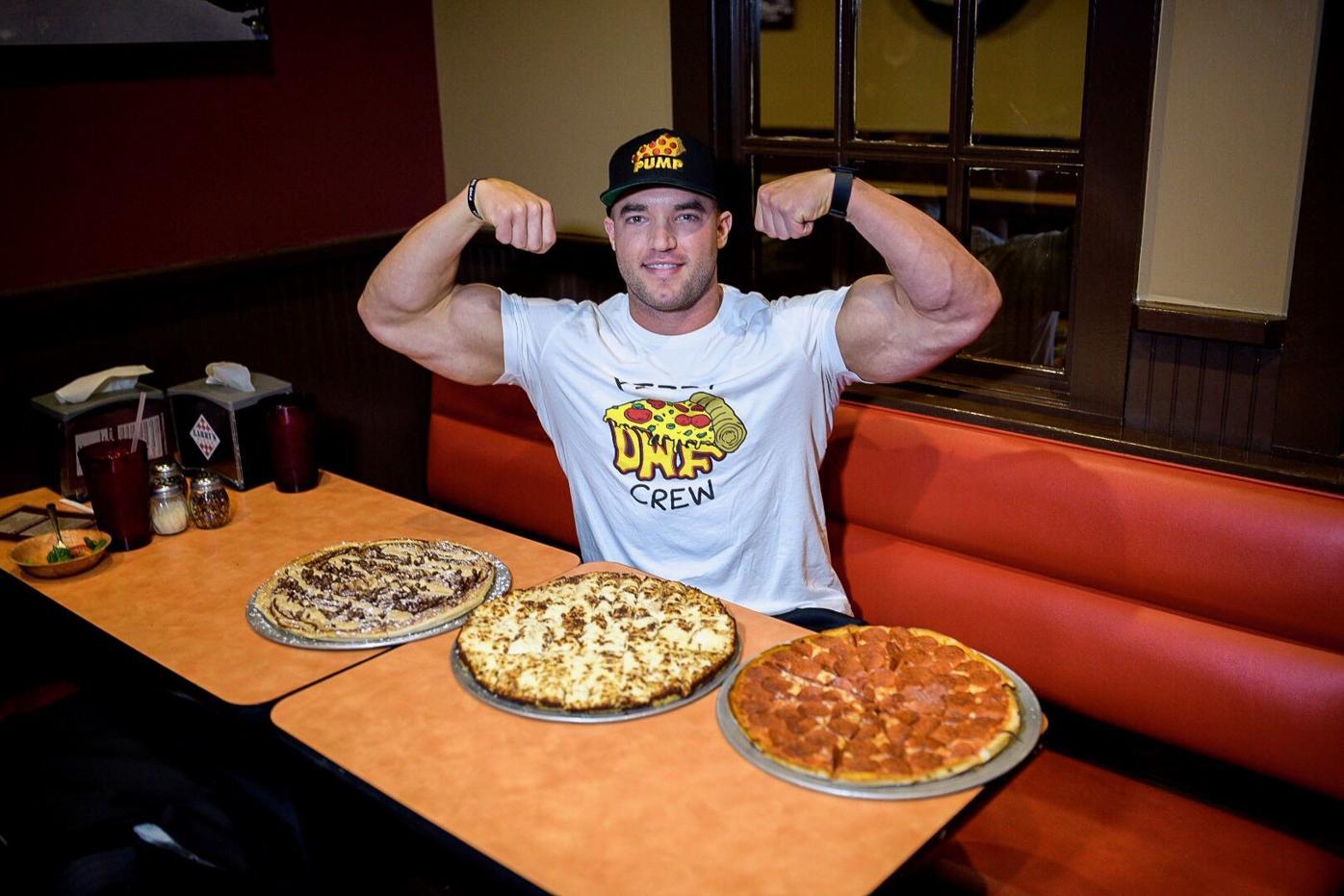 Kentucky State Police Trooper Bartley Weaver, who competes in both bodybuilding and eating contests, learned recently that he will be the “Titan Man” character who leads the Tennessee Titans NFL team onto the field at each home game. 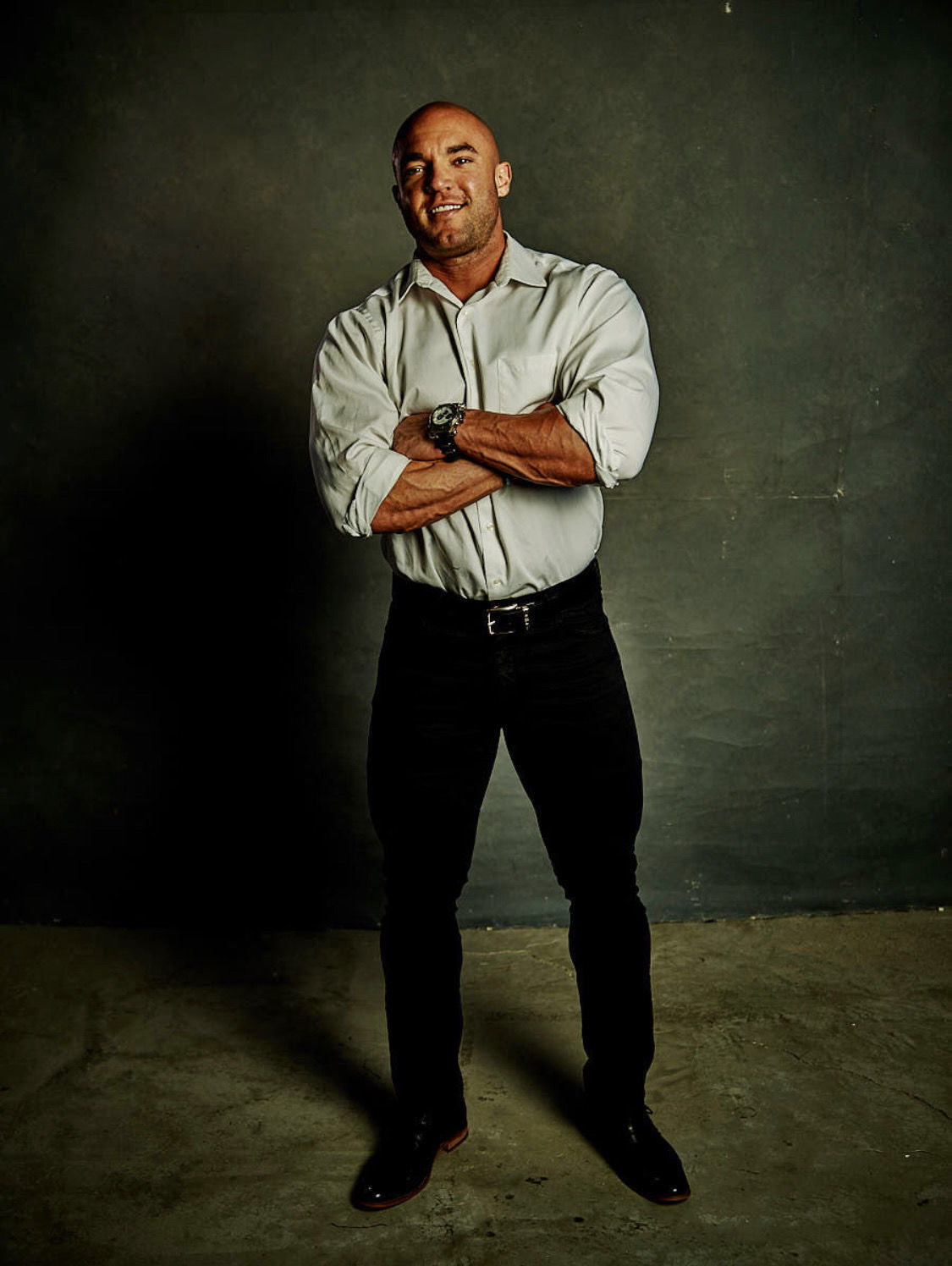 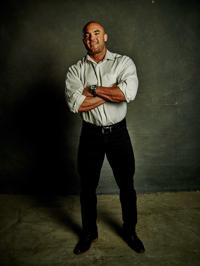 Kentucky State Police Trooper Bartley Weaver, who competes in both bodybuilding and eating contests, learned recently that he will be the “Titan Man” character who leads the Tennessee Titans NFL team onto the field at each home game.

What do a bodybuilder, a competitive eater who has gone chomp for chomp with Joey Chestnut and the police officer who made the arrest in the attack on U.S. Sen. Rand Paul have in common?

All are wrapped up in the 6-foot-1, 235-pound body of Bartley Weaver. And all will soon be a superhero – of a sort.

Weaver – an officer at Kentucky State Police Post 3 in Bowling Green for the past five years – learned recently that when the Tennessee Titans kick off their NFL regular-season home schedule Sept. 15 against the Indianapolis Colts, he will be there, clad in gladiator garb and helmet while brandishing a battle ax or some other medieval weapon.

As “Titan Man,” Weaver will take the field ahead of the players, running through the smoke and pyrotechnics at Nissan Stadium.

This isn’t the first time the Titans have employed a Spartan-like character as a hype meister, but Weaver said this is the first time the team held auditions for the part. He jumped at the chance to flex the muscles he has honed as a bodybuilder.

“I figured I might as well try it,” he said. “I’m getting ready for a bodybuilding competition, so I’m in about as good a shape as can be.”

Good thing, since Weaver and others auditioning for the job had to don gladiator costumes and demonstrate their crowd-hyping skills.

“It was an audition process,” Weaver said. “We had to put on a costume and go through some scenarios. They really liked my promo. It was like a wrestling promo.”

A Cave City native who was a star quarterback at Caverna High School, Weaver said the “Titan Man” gig was “too good of an opportunity to pass up.”

“Who doesn’t want to be part of an NFL team?” he said. “I’m a Titans employee now. I have NFL credentials.”

It’s not Weaver’s first brush with professional competition. He can put that NFL credential alongside his membership in the Major League Eating organization that oversees such events as the Nathan’s Hot Dog Eating Contest that has made 12-time winner Chestnut a legend in the gluttony game.

Weaver is no Chestnut, but nor is Weaver a slouch as an eater. He once consumed 23 hot dogs in 10 minutes at a Nathan’s qualifier, and he devoured 24 mutton sandwiches at the World Mutton Eating Competition in Owensboro, where he munched alongside eventual winner Chestnut.

“My parents always fed me well, and I always had an outrageous appetite,” Weaver recalled. “I wanted to gain muscle and get bigger, and you have to eat to grow. I realized I had an odd talent for eating.”

His father, Bart Weaver, can testify to that.

“His mother and I are just glad that we’re not paying his grocery bill anymore,” the elder Weaver said. “He was always a big meat eater. He loved protein even before he knew what protein was.”

He knows now. Bartley Weaver’s talent for consuming protein and other foods has landed him a three-year contract with Major League Eating, which has him ranked as the No. 1 eater in Kentucky and 32nd in the world.

Now, the trooper who made the arrest of Rene Boucher after the much-publicized attack on Paul in November 2017 is looking to make his own big news by becoming a professional in two sports.

A fitness fanatic from a young age, Weaver entered his first bodybuilding competition in 2009 and has been competing in amateur events ever since. Now he wants to pump up his bodybuilding status.

“I’m trying to get my pro card (from the International Federation of Bodybuilders),” he said. “That’s what I’m after, to be the first person to be a professional eater and professional bodybuilder.”

The oddity of that combination isn’t lost on Weaver.

“Balancing bodybuilding and competitive eating isn’t easy,” he admits. “But I think I’ve found that balance. If I have a food challenge coming up, I’ll eat extra healthy during the week. If I eat a lot of junk, I can clean it up pretty quick. I never let it get away from me.”

That his son has the discipline needed to excel in two seemingly contradictory sports doesn’t surprise Bart Weaver.

“He’s always had a drive and always wanted to be good at things,” Bart Weaver said. “He’s a hard worker, and he knows all the ins and outs of gaining weight and losing weight.”

Bartley Weaver’s parents have followed their son’s sports endeavors for years; now they are ready to support him in his latest role as budding superhero.

“I think it’s pretty neat,” Bart Weaver said of his son’s selection as Titan Man. “My wife and I have never really been Titans fans, but we’re talking about going to some games now.”