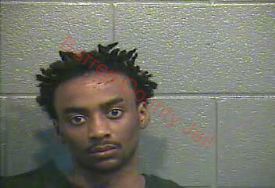 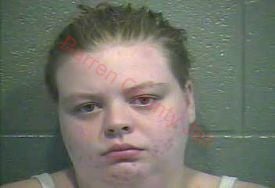 GLASGOW – A man accused of forcing his way into an apartment and fatally shooting the resident faces a trial next month in Barren County.

Inell Crayton, 23, of Bowling Green, is charged with murder, first-degree burglary and tampering with physical evidence.

He is charged in the death of Keshawn Sarver, 22, of Cave City, who was found shot to death Dec. 28, 2018, in his apartment on Glenwood Court.

Crayton’s case is set for a jury trial March 25.

In court, Barren County Commonwealth’s Attorney John Gardner said a plea offer had been extended to Crayton and his attorney, Greg Berry of the state Department of Public Advocacy, but no counteroffer had been made.

No further court dates ahead of the scheduled trial were set.

Anderson is free on a $50,000 surety bond, while Crayton and Sweat both remain in Barren County Detention Center under $1 million cash bonds.

Police claim the slaying was rooted in a drug deal gone bad.

At a preliminary hearing last year in Barren District Court, Kentucky State Police Detective Josh Amos testified that Crayton, Sweat and Anderson traveled to Cave City to meet with Sarver to buy marijuana from him.

After meeting with Sarver at the apartment complex where he lived, the group traveled to another location, where Crayton gave Sarver money that was meant to pay for the drugs, Amos said.

That led Crayton and Sweat, who were both armed with handguns, to go back to the apartment complex and look for Sarver.

After talking with some residents at the complex, the two found Sarver’s apartment, Amos said.

Crayton told police he saw Sarver in his apartment through a window and kicked open the front door.

“(Crayton) said whenever he kicked open the front door, the first shot was fired from the door and the other two were fired at close range to the victim,” Amos said.

Police recovered two intact bullets and fragments of a third bullet at the apartment. Sarver’s body was found just outside the bathroom.

Anderson reportedly told police that she picked up Crayton and Sweat at separate locations near the apartment complex and that a firearm was discarded from her vehicle on U.S. 31-E.

In a ruling last month, Alexander found that Crayton’s statements were made voluntarily during the interview and not coerced by police.