The Embassy Suites hotel now being built in The Hub development on Lovers Lane, projected to be open in the spring of 2022, will include a Tony's Steakhouse restaurant. 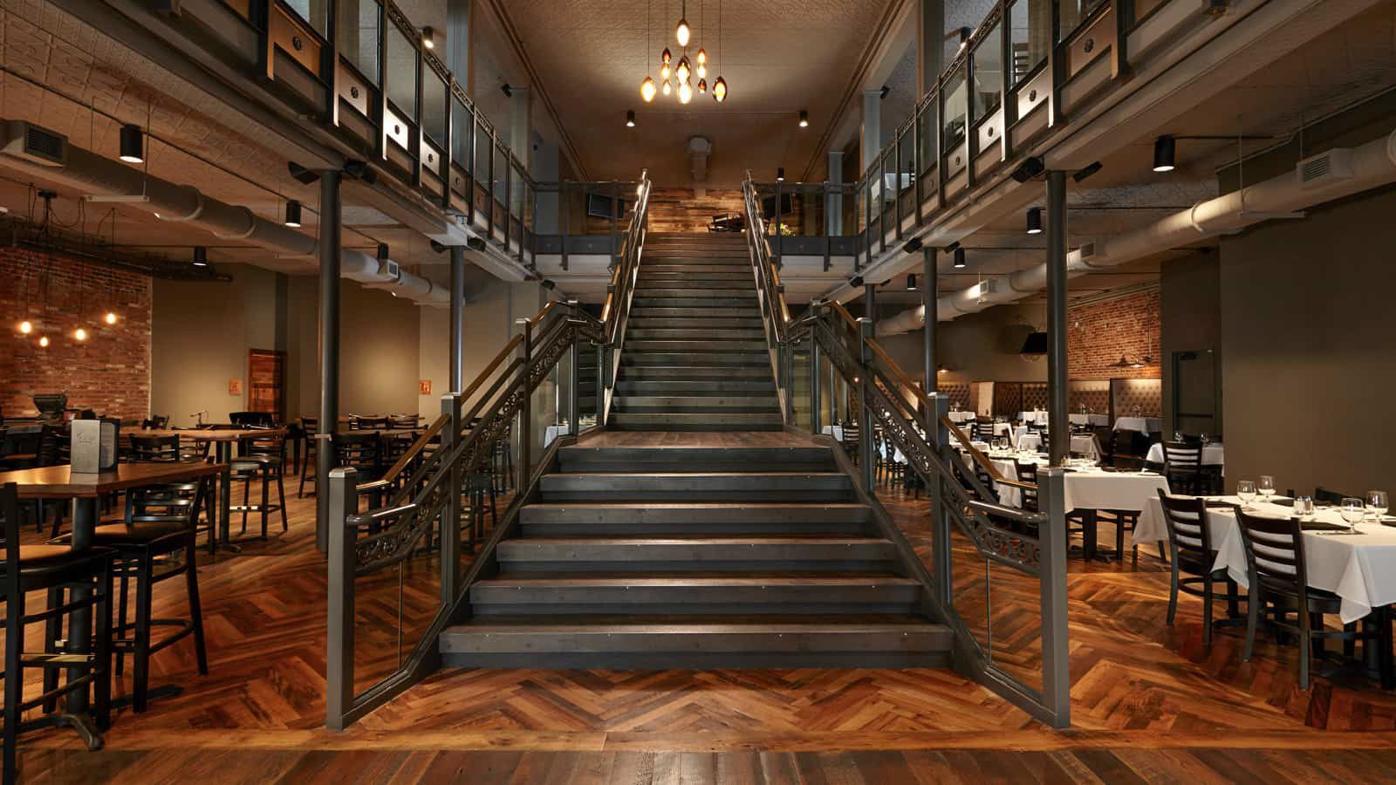 Tony’s, a steak-and-seafood restaurant, has been open since 2015 in Lexington.

The Embassy Suites hotel now being built in The Hub development on Lovers Lane, projected to be open in the spring of 2022, will include a Tony's Steakhouse restaurant.

Tony’s, a steak-and-seafood restaurant, has been open since 2015 in Lexington.

Tony’s, a steak-and-seafood eatery with locations in Cincinnati, Lexington and Indianapolis, will move into the 6,000-square-foot restaurant space in the Embassy Suites hotel now being built as The Hub’s centerpiece.

The restaurant, which has a menu that includes a $78 porterhouse steak and a $49 Chilean sea bass, is viewed by The Hub developer David Chandler as the perfect addition to a 103-acre community that will eventually include more than 800 high-end apartments along with commercial parcels and other amenities.

“This is just a fantastic addition to The Hub, to Embassy Suites and to the city of Bowling Green,” Chandler said. “It’ll certainly be an upper-end restaurant, but it will still be affordable.”

Tony’s was started in 2010 in Cincinnati by Tony Ricci, an Italian immigrant who opened the Lexington location in 2015 and the Indianapolis site in 2018.

Chandler said Tony’s is a brand already familiar to many in Bowling Green.

“He (Ricci) has a huge following,” Chandler said. “A lot of people from Bowling Green have eaten at his restaurant that is in downtown Lexington near Rupp Arena.”

Although it is the same brand and will have many of the same menu options as the other three locations, the Bowling Green Tony’s will come with some differences.

Being located in a hotel, it will handle the banquet business for the five-story, 198-room hotel that will include three conference rooms and a 160-seat banquet room.

“This will be our first location in a hotel,” Ricci said. “It’s a challenge, but at the same time it’s an opportunity. We’re familiar with how to do room service and banquets. As for breakfast, I feel like we have all the pieces in place to do that.”

Bowling Green-area steak lovers won’t have to wait long to sample Tony’s. Chandler said the Embassy Suites should be open in the spring of 2022, and Ricci said the restaurant should open shortly after the hotel.

“We’ll try to have the breakfast buffet ready when the hotel opens,” Ricci said.

Tony’s should be open to the public shortly after the hotel opens, but Ricci said it will be limited to dinner at first.

“When I feel that our dinner routine is ready, we’ll introduce our lunch menu,” he said.

Ricci said that between indoor seating and an outdoor patio, his Bowling Green location should be able to seat 200 to 220 people. He expects to employ 50 to 70 people.

The restaurateur said Chandler and his partners convinced him that the fast-growing Bowling Green area was the right spot for his fourth Tony’s location.

“You have a great group of people who believe in Bowling Green,” Ricci said. “They convinced me that this area is ready to support something like this.”

Ricci said Tony’s will give residents of Bowling Green and its surrounding counties access to fine dining without driving to Nashville or Louisville.

“My team is excited about this venture,” Ricci said. “I believe we can have a major impact on the Bowling Green area.”

Chandler expanding number of apartments in The Hub

Just as he is turning loose of such real estate holdings as his Chandler Park Apartments, Bowling Green developer David Chandler is aiming to …