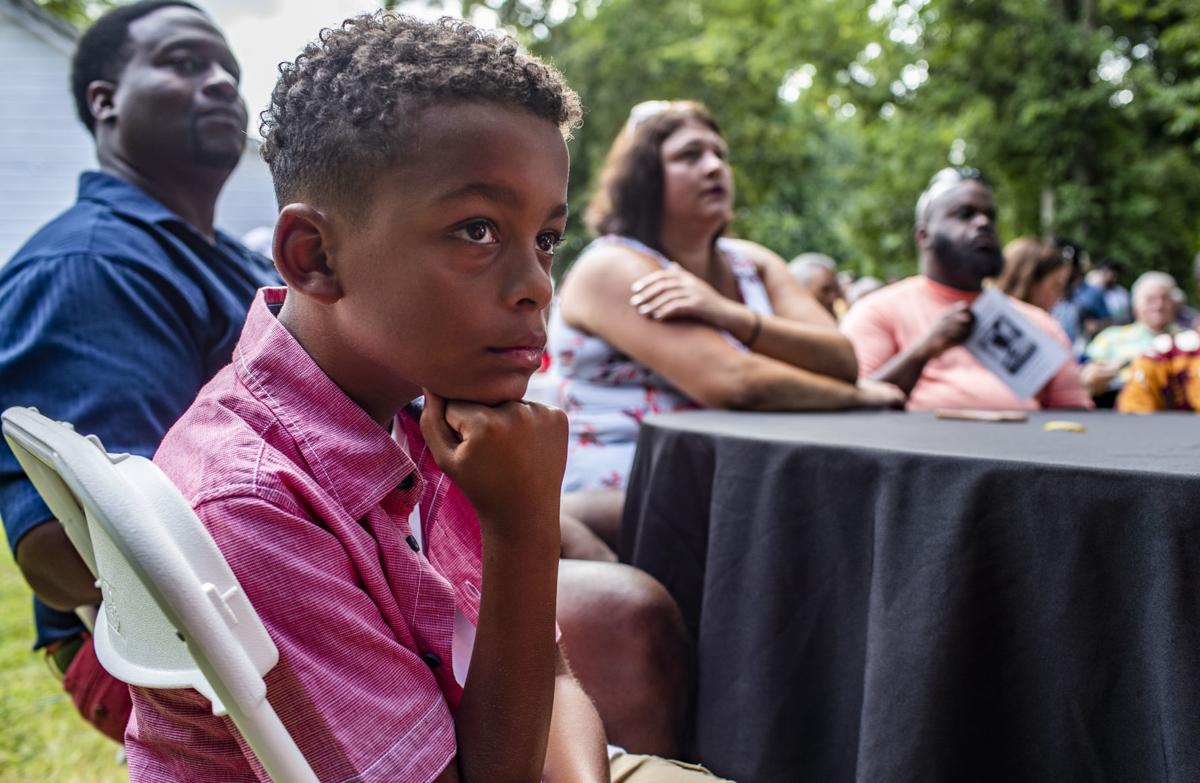 Noah Allison, 9, of Allentown, Pa., a great-great-nephew of Alice Allison Dunnigan, listens to people speak at her statue dedication on Friday, August 2, 2019, at the SEEK Museum in Russellville, Ky. (Austin Anthony/photo@bgdailynews.com) 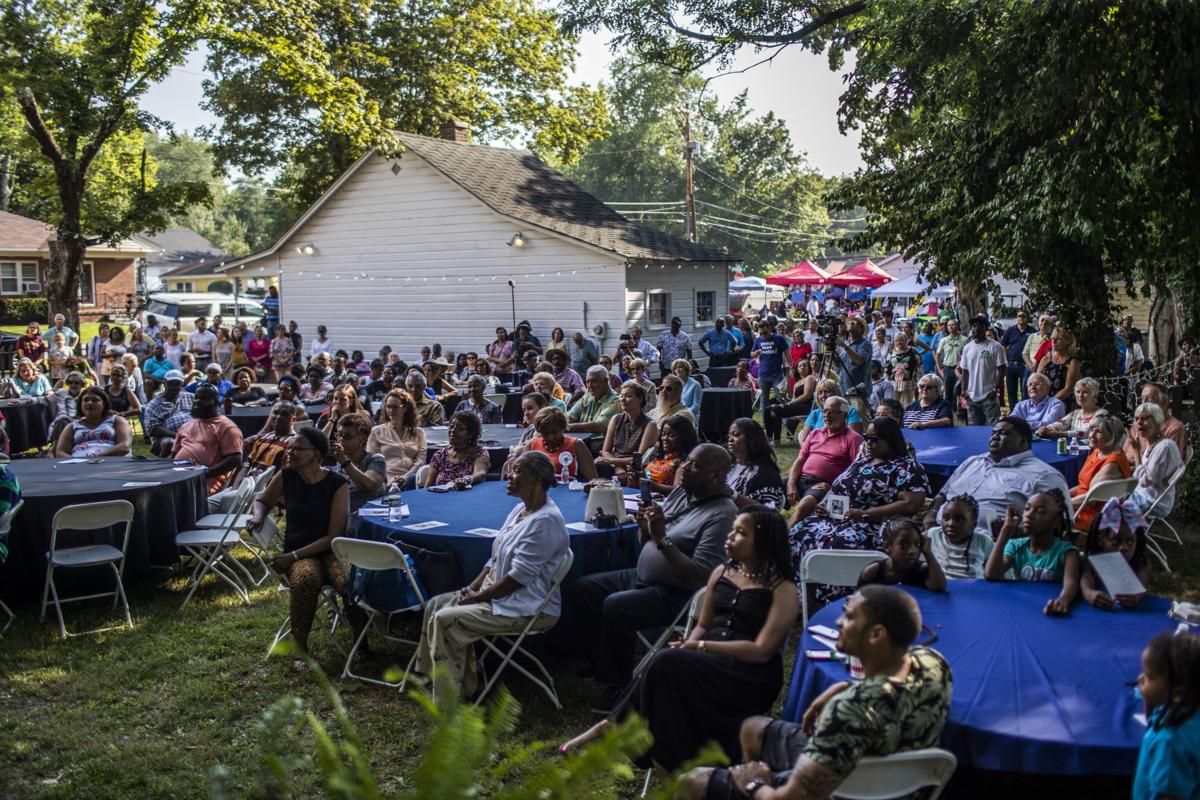 People listen to speakers at a statue dedication ceremony for Alice Allison Dunnigan on Friday, August 2, 2019, at the SEEK Museum in Russellville, Ky. (Austin Anthony/photo@bgdailynews.com) 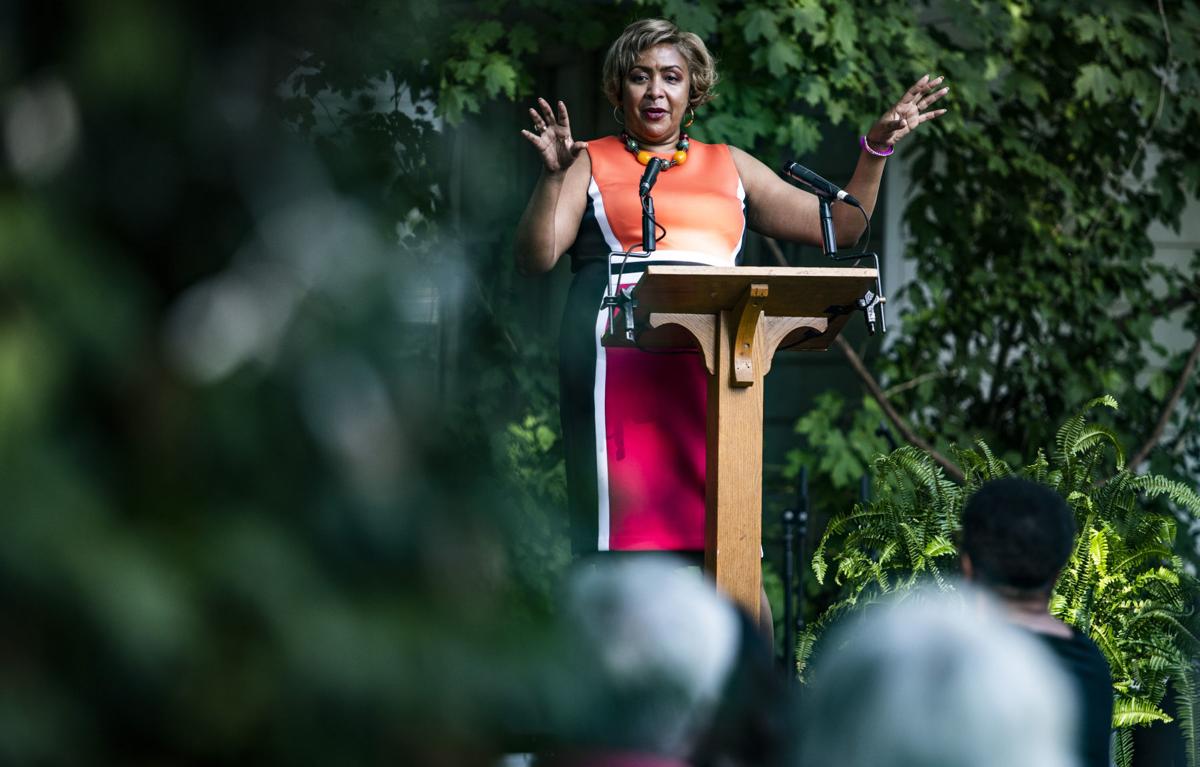 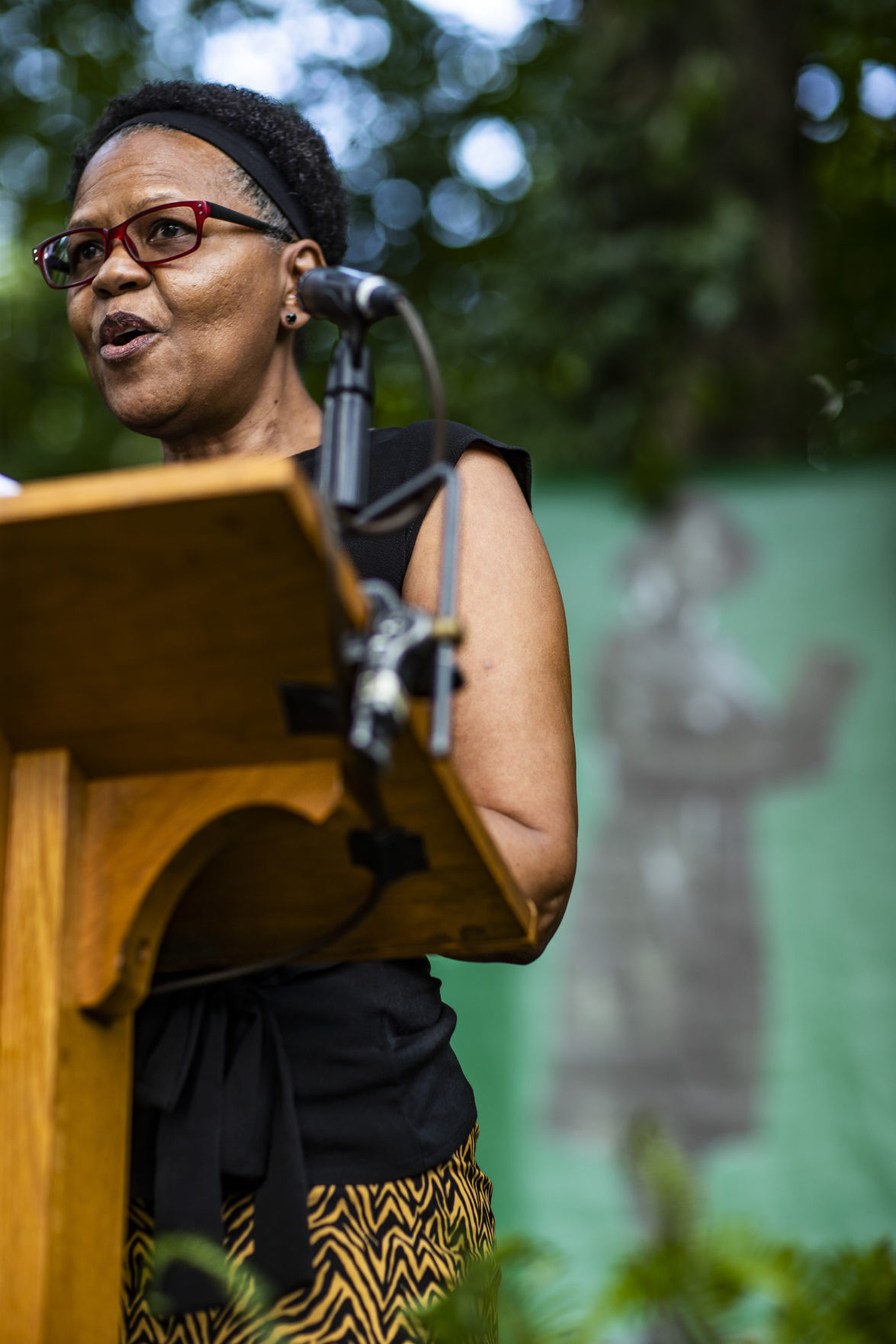 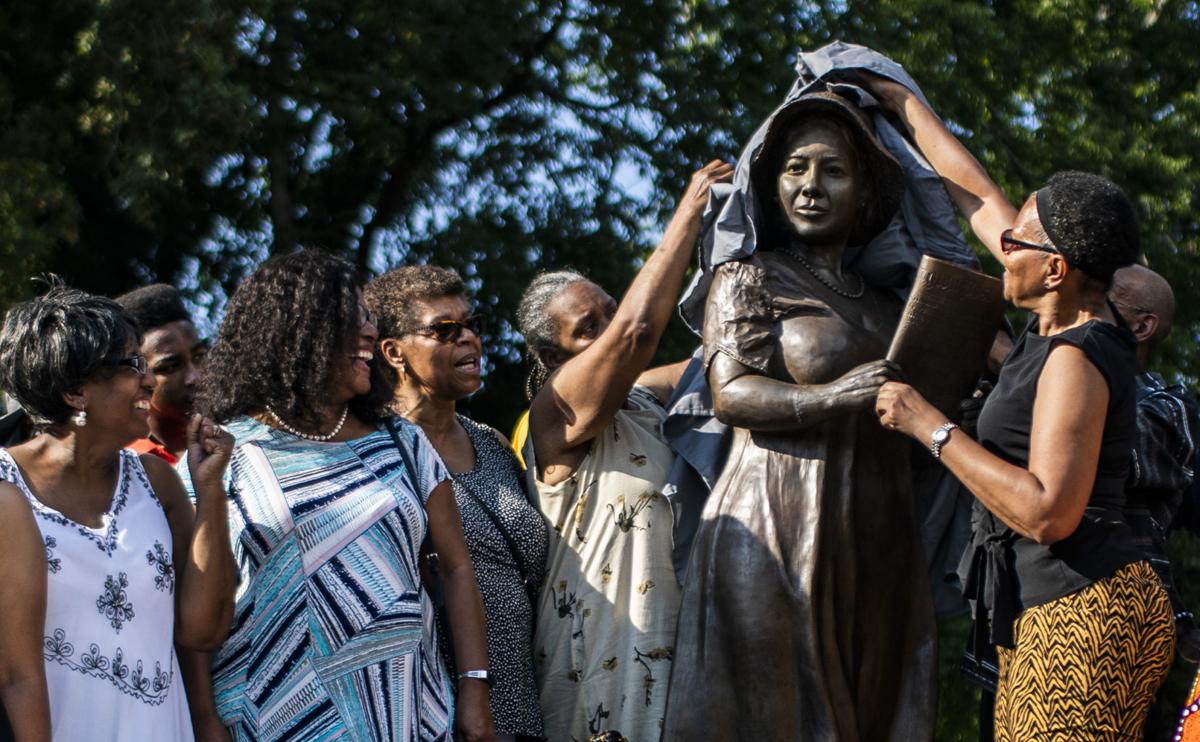 Noah Allison, 9, of Allentown, Pa., a great-great-nephew of Alice Allison Dunnigan, listens to people speak at her statue dedication on Friday, August 2, 2019, at the SEEK Museum in Russellville, Ky. (Austin Anthony/photo@bgdailynews.com)

People listen to speakers at a statue dedication ceremony for Alice Allison Dunnigan on Friday, August 2, 2019, at the SEEK Museum in Russellville, Ky. (Austin Anthony/photo@bgdailynews.com)

A life of struggle became a career of achievement for Alice Allison Dunnigan, and now her legacy of pioneering accomplishments in journalism has been immortalized in her hometown of Russellville.

Thirty-six years after her death, Dunnigan was honored Friday evening as a crowd of nearly 200 people (including some 40 relatives) witnessed the unveiling of a bronze statue of a woman who was the first African American female journalist to receive White House press credentials.

Dunnigan covered presidents from Harry Truman to John F. Kennedy, enduring the indignities that were a natural part of those times of civil rights struggles to earn respect and numerous awards for her work that spanned the 1940s, ’50s and ’60’s.

“Her time was way past due,” Alicia Dunnigan, one of Alice’s four grandchildren, said as she stood near the statue depicting her grandmother holding a copy of The Washington Post newspaper while standing on the steps of the U.S. Capitol. “It’s fitting that it comes from a place where she started. This is where she got her inspiration to pursue her dreams.”

The daughter of a father who worked as a sharecropper and a mother who took in laundry for a living, Alice Allison Dunnigan dreamed as a teenager of being a journalist but spent nearly 20 years as a teacher in Logan and Todd counties before realizing that dream.

That work history paved the way for both women and African Americans, and inspired at least one of her grandchildren to emulate her.

Soraya Dunnigan Brandon, the youngest grandchild, works as a freelance journalist and educator in North Carolina, largely because of the example set by Dunnigan.

“The example she set was one of professionalism,” Brandon said. “She instilled in me the importance of having a voice and always being prepared. She was persistent, and she taught me to never give up.”

Dunnigan was also an example for Sonya Ross, the keynote speaker at Friday’s event. A longtime Associated Press reporter and current leader of the Black Women Unmuted organization, Ross called Dunnigan a “visionary.”

“She was a woman ahead of her time,” Ross said. “She was a bona fide American hero. I’ve been able to have the amazing career I’ve had because of the audacity of Alice.”

Now others can be inspired by the work of Dunnigan through the statue at the corner of East Sixth and South Morgan streets and the historical information about her displayed in the nearby Payne-Dunnigan House that is part of Russellville’s SEEK (Struggles for Emancipation and Equality in Kentucky) Museum.

J. Gran Clark, president of the Historic Russellville Inc. organization that oversees the SEEK Museum, said the statue honoring Dunnigan has been in the works for four years. He’s happy with the final product produced by Lexington artist Amanda Matthews, saying it fits well with the goals of the museum.

“Our goal is to make the museum part of the education and curriculum in our schools,” he said. “This sends a message that we’re a small town but you can still dream big and do big things.”

The statue has found a permanent home in Russellville after first being displayed in the Newseum, a Washington facility dedicated to preserving the history of American journalism, and at the University of Kentucky, the Truman Presidential Library and Museum in Missouri and Kentucky State University.

Matthews, commissioned by Historic Russellville Inc. to create the statue, said she tried to capture the twin elements of Dunnigan’s small-town roots and her accomplishments as a journalist.

Alice Allison Dunnigan was a journalist, a civil rights activist and an author, most notably being the very first African American female corr…