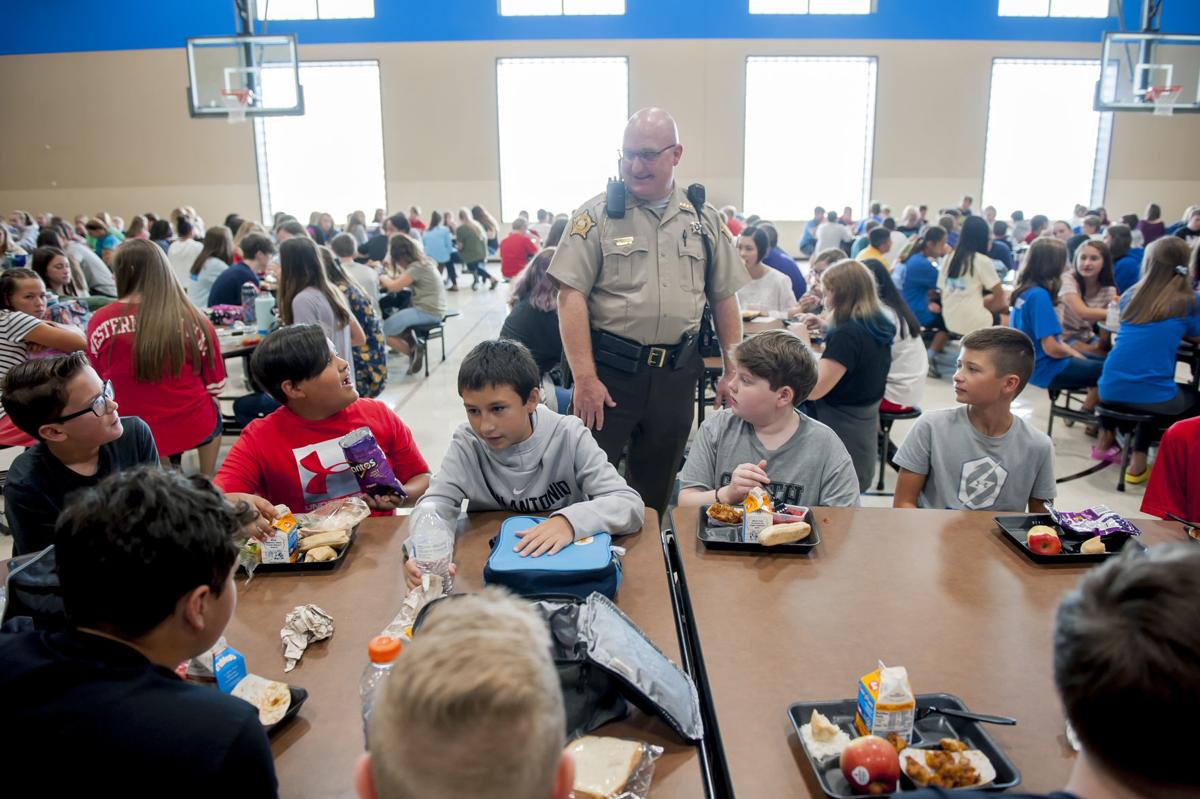 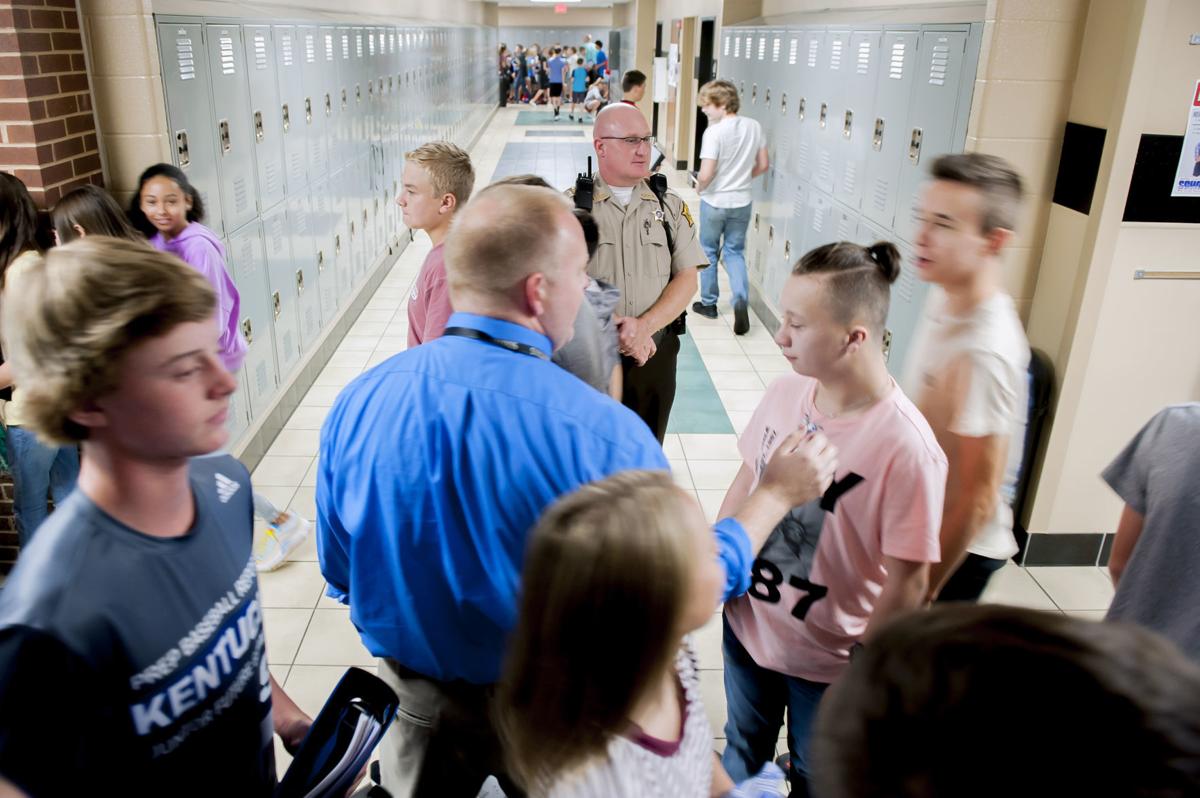 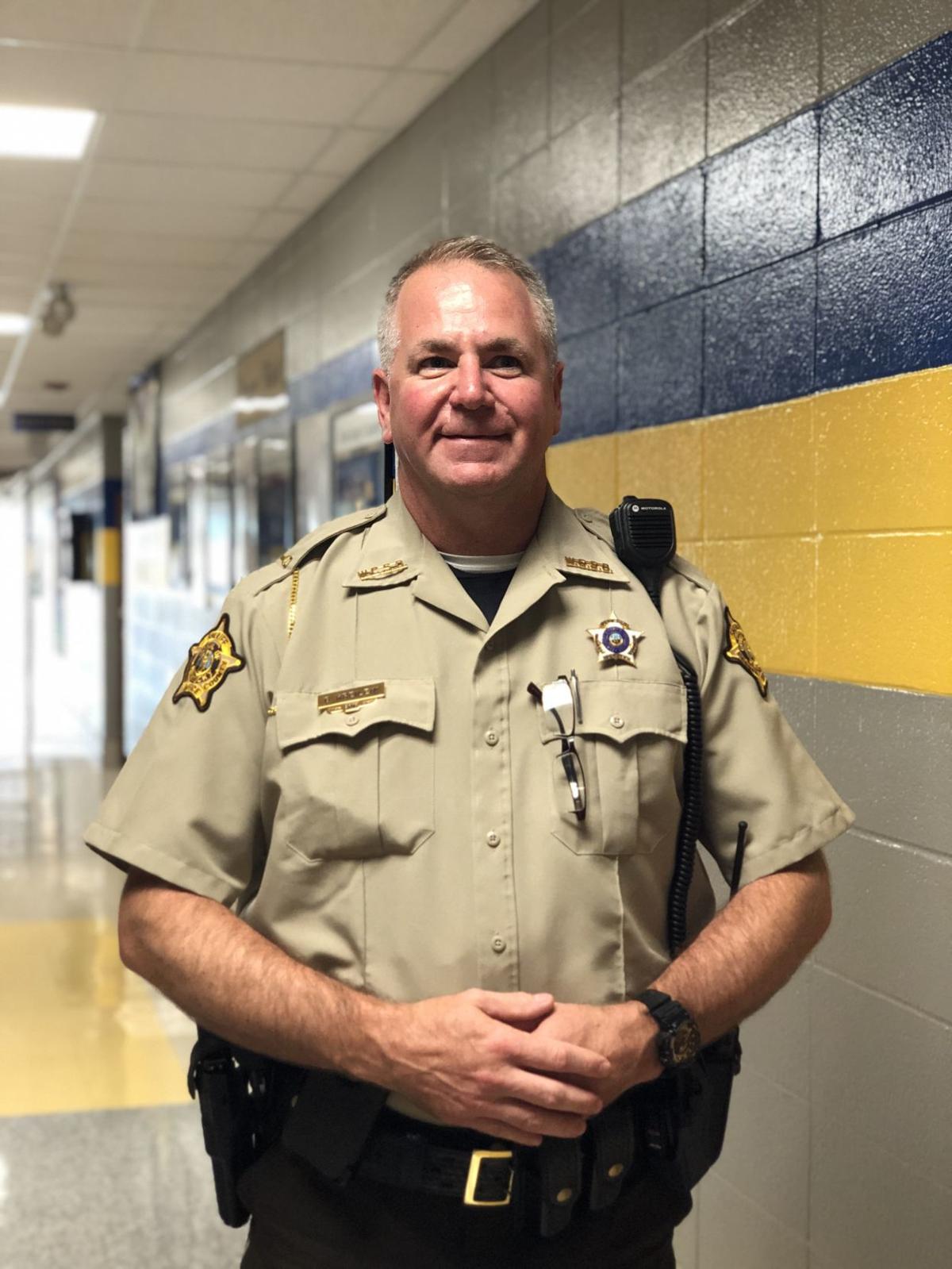 When Warren County Sheriff’s Deputy Brett Kreilein looks back on his law enforcement career, one of his biggest pet peeves often happened in restaurants when he was dining in uniform and parents would tell their children, “If you don’t behave, he’s going to get you.”

“I don’t like that, because one of these days these children might really need me and be afraid to come to me and ask for help,” Kreilein said.

Kreilein, who worked as a police officer for 19 years before semi-retiring in 2014, is now one of four school resource officers assigned to one of four middle schools in Warren County Public Schools.

A monthslong effort by the district to expand the number of police officers working in its schools is nearing completion. The project began last year, when the district’s school board approved a property tax increase to make its partnership with the Warren County Sheriff’s Office feasible and begin doubling the number of school resource officers in its schools to a total of 10.

The district planned to add an officer to each of its four middle schools and employ a fifth as a “floater” based on need, in addition to the five officers currently based at its four high schools and alternative school.

Last month, the school board approved an agreement with the sheriff’s office for the 2019-20 school year, and when students returned for the start of school Wednesday, they found uniformed sheriff’s office deputies there to greet them.

Two days into the school year, the question Kreilein frequently gets from students is, “Why are you here?”

“I’m here for you” is his go-to response, he said.

As one of the newer SROs hired by the school district, Kreilein has spent the first week of school settling into his new job.

He has the expected duties – checking that exterior doors aren’t left ajar and monitoring the hallways between classes – but he also spends his time trying to get to know students by chatting with them during lunch or answering their questions.

On Thursday, Kreilein visited a class and introduced himself to students, who peppered him with probing questions: Had he ever been shot at? Ever had to chase someone down? What items does he carry on his belt?

Previously, Kreilein was a detective with the sheriff’s office.

Despite some controversy surrounding school resource officers and their role in schools, Kreilein believes in the work they can do.

“They can get kids to talk to them that other people can’t because they have that personal relationship with them,” he said. “It really is more than just being a guard at the school.”

After spending much of his law enforcement career working on patrol or on criminal investigations, Croghan was hired in October as one of the first school resource officers added under the initiative. During his time on the job at South Warren, he’s spoken to classes by request, discussing everything from the Fourth Amendment to the U.S. Constitution to fire safety.

“I’m always here as a resource if any of the teachers would want me to come in and speak to their classes,” he said, adding that his job duties aren’t punitive. “I don’t have anything to do with the school discipline.”

The district hopes to use its school resource officers to assist with several aspects of SB1, including doing school safety audits. Primarily, however, the officers’ role is to build relationships with students, hopefully deterring safety threats before they occur.

The concept of school-based police officers hasn’t been completely well-received in all Kentucky school districts, however.

This week, the school board of Jefferson County Public Schools was divided on approving contracts for school resource officers for the upcoming school year, leaving the district without a plan to place officers in its schools when classes start next week. Critics have said their use in JCPS has negatively affected students of color, according to media reports.

Croghan said he personally doesn’t see that as an issue in Warren County Public Schools.

“I don’t think there really is a racial bias (issue) here with the school resource officers that are in the school,” he said, adding “I’m not here to try to arrest people. I’m not here to harass people or anything like that.”

Kreilein agreed, adding that the community as a whole seems to support law enforcement. Although he has noticed some students who are more “timid” around him, he said he tries to win them over with jokes and has had some success, he said.

“Just in two days already, I’ve had kids that were scared of me that are high-fiving me in the hallways and talking to me now. It’s just that quick,” he said.