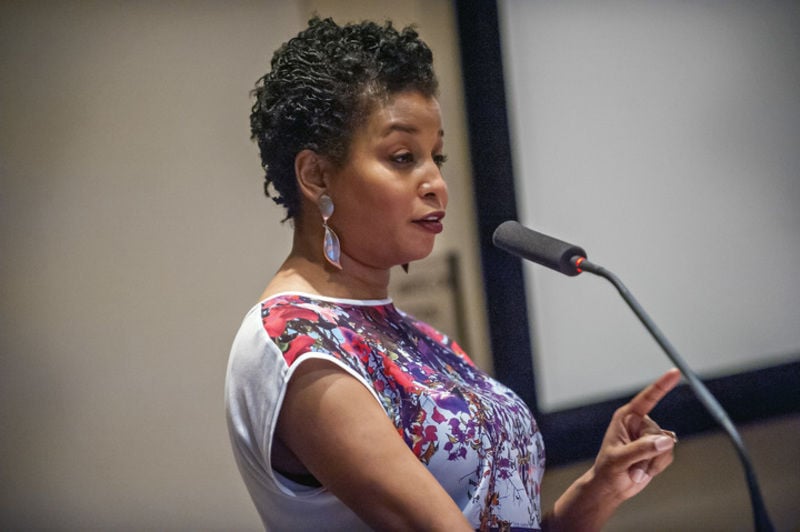 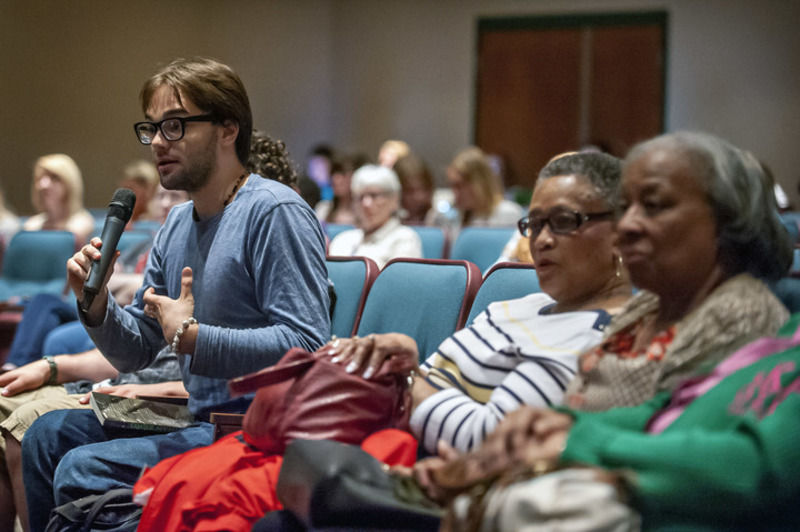 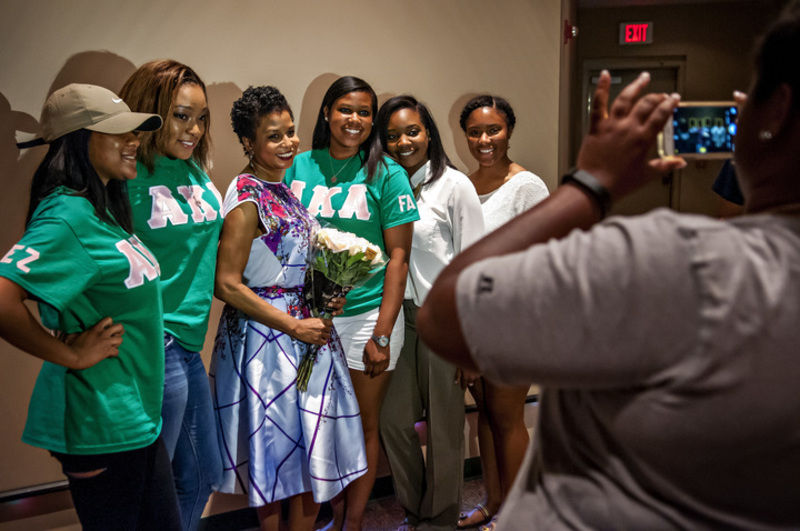 "There were a few constants there: baked chicken and dressing, pink salad, tea secretly sweetened with pineapple juice and the Daily News delivered every day," the WKU graduate said. "And along with a portrait of Jesus and a calendar of Western's men's basketball team, there hung on the wall a certificate for writing. That was all she'd earned academically because her education was stalled by racism. That certificate hangs at my desk at the New York Times."

Looking at it takes her back to her grandmother's tiny house, where she learned that WKU could be a place to get a good education and that people like her grandmother relied on the Daily News to know what was happening, Stewart said. She talked about what she has learned during her lecture, Covering Your City: Investigative Reporting is Most Important at the Local Level.

They could also lead to other stories, Stewart said.

"If you are asking questions, you are an investigative reporter. All stories are the beginnings of investigations," she said. "It might not happen right away. You could meet someone at that high school football game who will help you later. A short story may become a series."

Stewart talked about a story she did while working at The Washington Post in 2011 that became bigger than she could every imagined.

"I wrote about the incoming mayor's staffing decisions in Washington, D.C. It was kind of an accountability story looking at who he hired, how much they were being paid and how his staff compared to his predecessor," she said. "The fallout from that story continues in 2016. Believe it or not, that led to more stories about campaign corruption, leading to a dozen people pleading guilty to various charges and to change the mobile campaign finance law. I'm not the most liked person in Washington, D.C."

Pulitzer Prizes were recently announced, and the New York Times won two and had a record 10 finalists.

"Three of those finalists came out of Metro local reporting – an investigation into the nail salon industry where workers were severely underpaid, another investigation into the state prison system where inmates were being beaten and an exquisitely written tale of a man dying alone," she said. "Times reporters had to look no further than New York City for those stories. All those stories took curiosity. They also took a commitment to journalism."

Because journalism is shrinking, it has squeezed the life, vitality and existence out of the industry, Stewart said.

"The Pulitzer committee reported a record low in the number of entries in the public service category," she said. "My first internship was at the Birmingham Post Herald, a paper that held its own in the same building with the larger Birmingham News. It has been long since gone. My first job after college was at the Courier-Journal in Louisville. I'm sure you all recognize that it's much thinner than it was. Unfortunately all those losses add up to less accountability."

Stewart talked about the components of good writing.

"(It is) the ability to pull a reader in and explain a story succinctly, accurately and in a way that touches you," she said. "Elbow your way into court records, into that secret meeting that breaks Sunshine Laws. A good position – always be ready."

When asked why she wasn't an editor, she had a quick answer.

"I don't like meetings," she said as the audience laughed. "I don't like being in an office. I like talking to people I don't work with."

Stewart encourages people to be polite and civil to others.

"It really doesn't take that much effort," she said.

Someone asked Stewart if they ordered a Nikita Stewart, like ordering a drink, what would be in it.

"Bourbon," she quipped before becoming serious.

"There would be no ice because I have no chill, bourbon because I'm brown, strong and there's nothing sweet about me and persistence," she said. "Stir it up because you've got to mix things up."

Students who listened to Stewart enjoyed her lecture.

"We were asked to come here because of a class. I like her attitude. I like her curiosity," said Jenessa Jackson, a junior journalism major from Marietta, Ga. "She has a lot of spunk. I like every answer she had."

"It gave me a lot of insight. It's a world I hope to get into after I graduate," Rogers said. "I didn't expect her to be so emotional. It made me get into it more."

"Going to these things inspires me to dig deeper for stories, expand my horizons and to get out of my comfort zone," she said. "It was good hear from someone who is a professional."