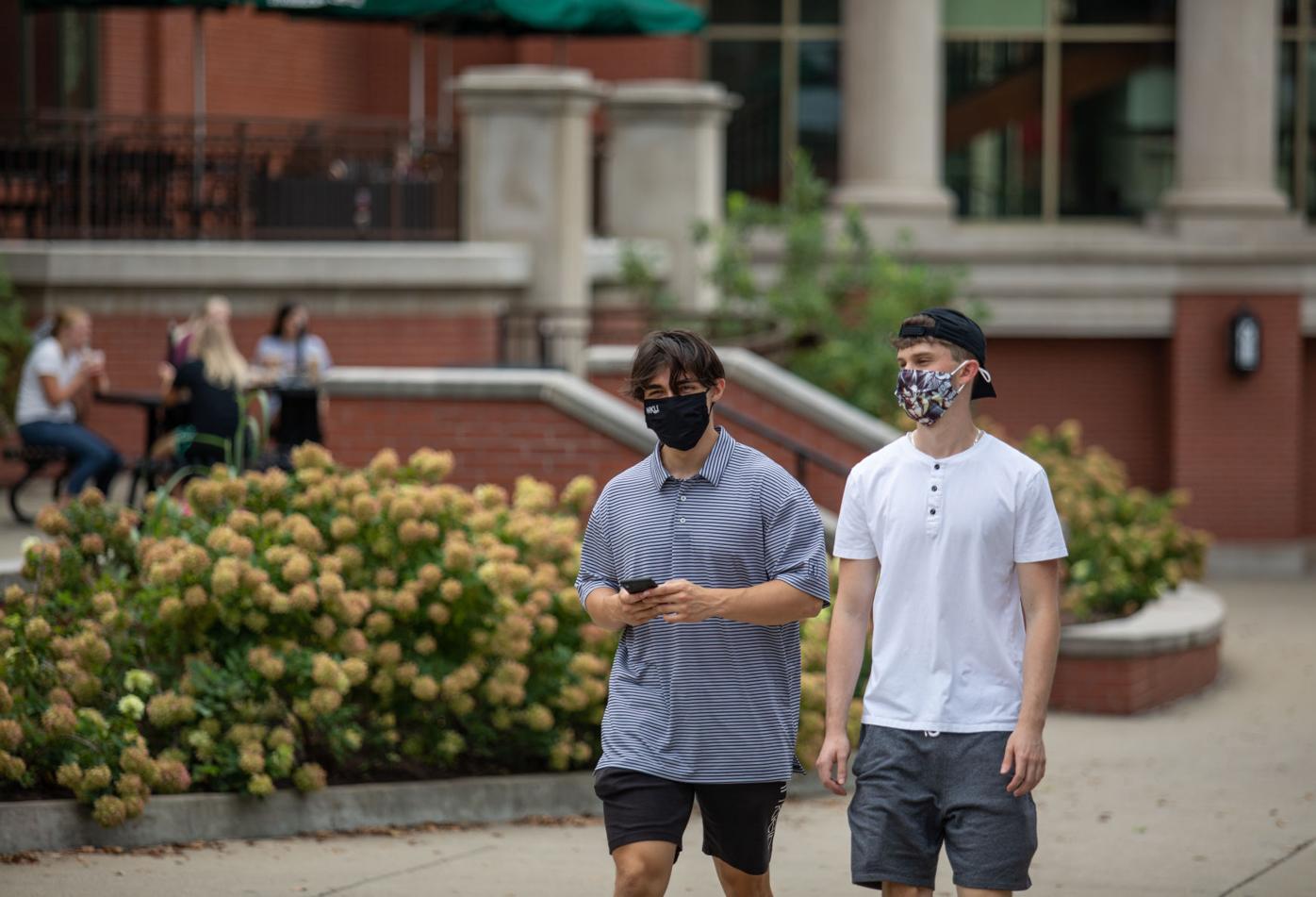 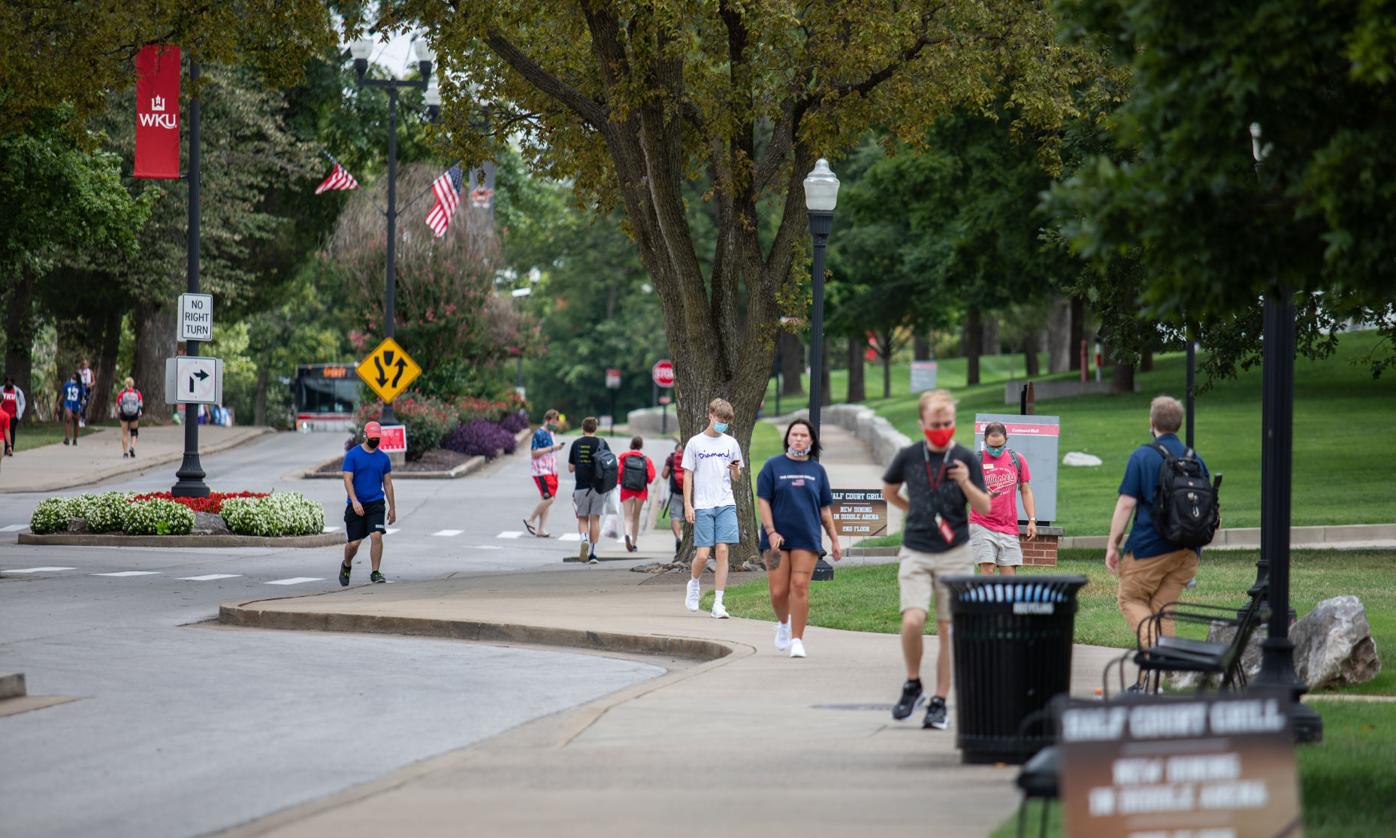 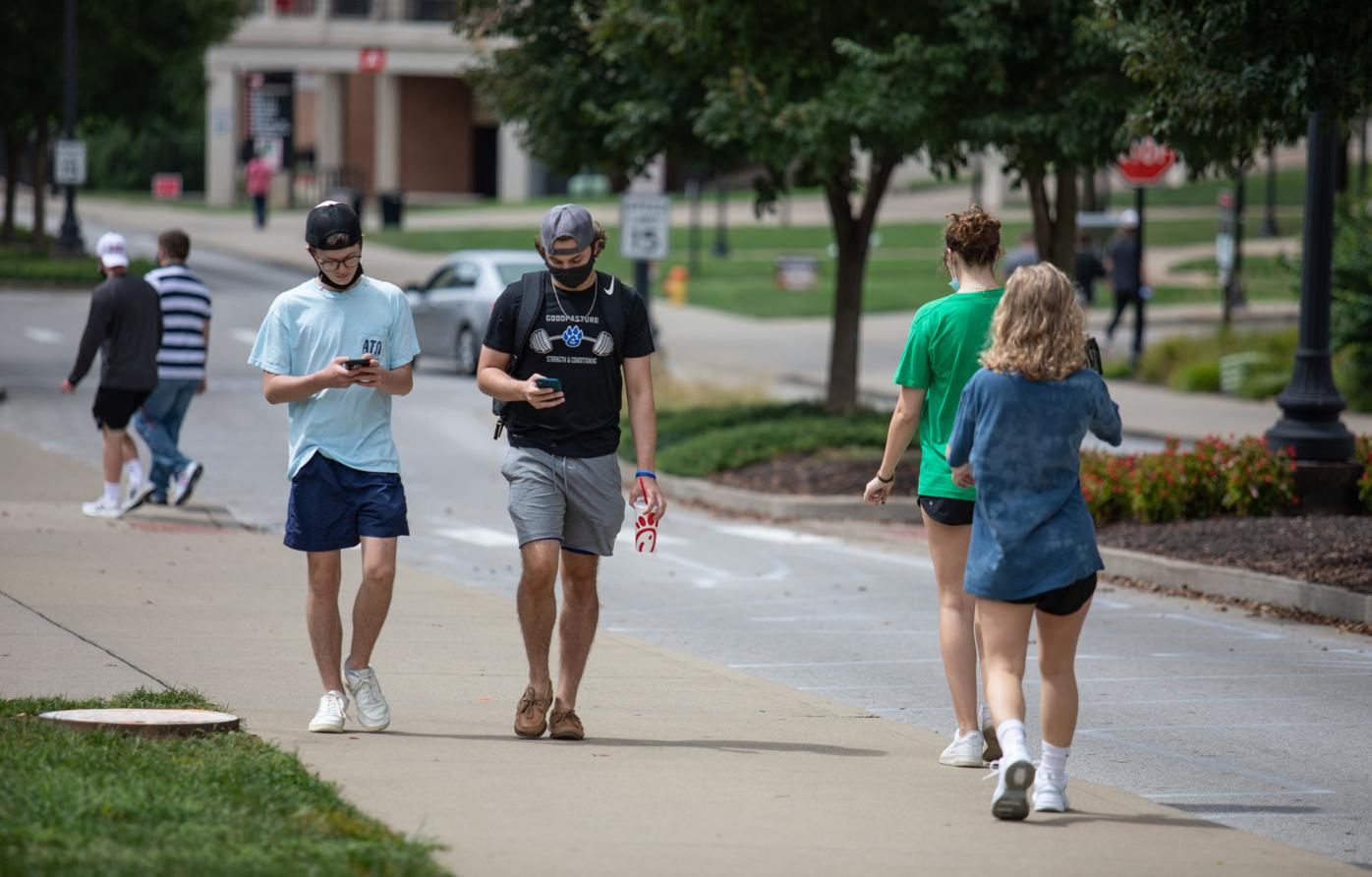 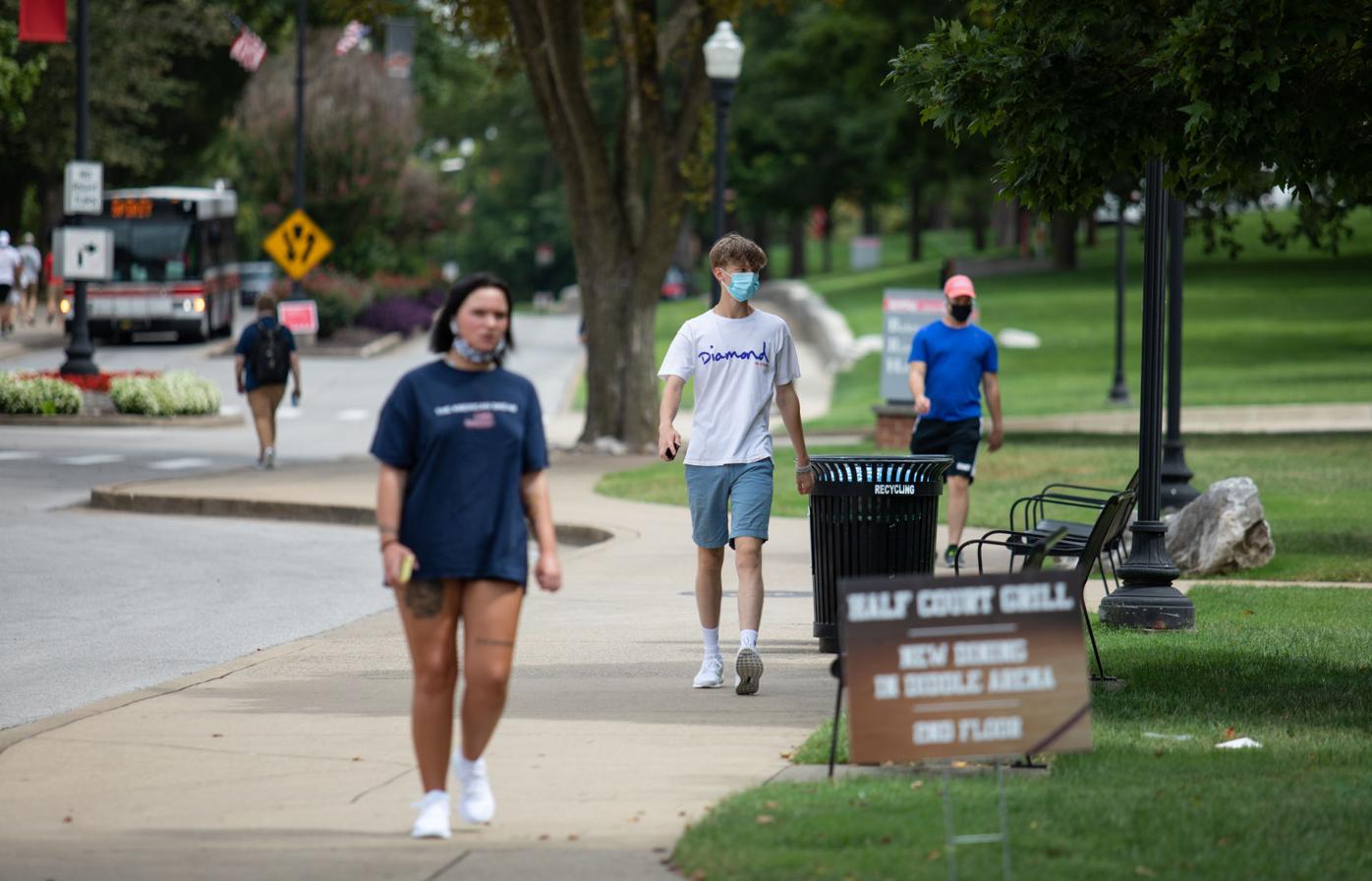 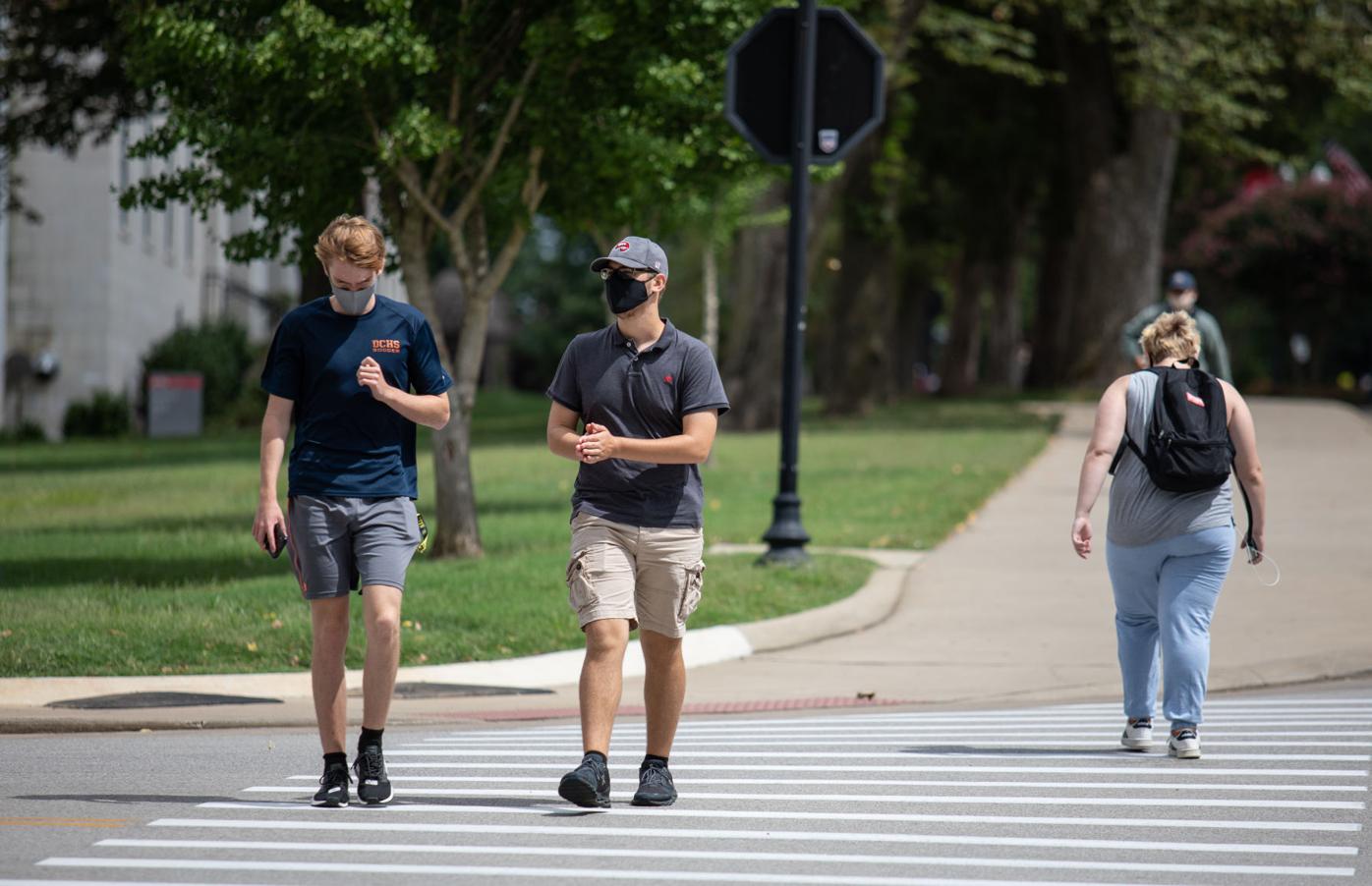 One week into its fall semester, Western Kentucky University reported Friday at least 86 new positive COVID-19 cases – all of which were among students – bringing the campus community’s running total to 299 cases.

The weekly update to WKU’s online case dashboard, which can be found at its Healthy on the Hill website, also came with the news that the university will require sorority and fraternity members living in chapter houses to be tested to address “an elevated number of positive cases.”

“The university is addressing an elevated number of positive cases among sorority and fraternity members living in chapter houses by requiring all to be tested. The cases appear to be the result of living arrangements within the houses and not as a result of social gatherings. If a positive case is found in a house, all household members will be required to self-quarantine for 14 days,” the university said in a statement Friday afternoon.

Asked about the exact number of positive cases among those students, WKU spokesman Bob Skipper told the Daily News on Friday that he did not know the specific number or which chapter houses are involved.

Skipper described the new testing and quarantine requirement for students living in fraternity and sorority chapter houses as a preventive measure aimed at a pattern of cases “that needed to be addressed before it can become an outbreak.”

“We will do the same in any other areas where a pattern begins to emerge,” he wrote in a text message to the Daily News shortly after the announcement Friday.

Between Aug. 21 and 27, WKU conducted 572 viral tests – though that total does not include tests conducted off-campus.

The number of new positive cases reported by WKU over the last week (Aug. 21-27) does not include data from the Barren River District Health Department, which transitioned to a statewide system for contact tracing and tracking.

Given that fact, the total of new positive cases reported during that period may, in fact, be higher.

Since July 1, the dashboard puts the running total of positive cases among students at 267, though that number may be lower given the local health department reporting issue. At least 32 WKU faculty, staff and on-campus contractors have tested positive for COVID-19 since July 1, according to the dashboard.

Complete positive case counts will resume this week, the university said. The next dashboard update is planned Sept. 4.

WKU students returned to campus to learn in a mix of face-to-face, online and hybrid course formats, which combine elements of the previous two.

When students attend in-person classes, they’re required to wear face masks and use seating arrangements designed to spread students out.

WKU has also made other adjustments to in-person classes this fall, including shortening each class period by five minutes.

It’s a move the university says will give students additional time to get to their next class, allow building HVAC systems to cycle in fresh air and keep students from gathering in hallways.

Physics and astronomy Professor Richard Gelderman, who also directs WKU’s Hardin Planetarium, is critical of those purported benefits. Further, shortening class times by five minutes adds up to a significant loss of instruction time for students, he told the Daily News in written remarks.

Shortening a class that meets three days a week by five minutes, Gelderman noted, results in 225 fewer minutes of instruction between Aug. 24 and Nov. 20, after which WKU’s classes will pivot to online only. The loss is equivalent to canceling four 55-minute class meetings, he added.

“Anyone paying tuition should demand clear and persuasive reasoning as to why classes must be shortened. Such a major impact on teaching should have better justification than what has been provided in official communications,” Gelderman told the Daily News.

WKU spokesman Bob Skipper said the change to class ending times was announced when the university first revealed its plans for reopening campus in the fall.

“This change was announced back with the restart plan,” he said, adding that the changes were vetted with the university’s accrediting body.

Asked about whether the changes have been communicated to students via TopNet, which is WKU’s registration tool, Skipper forwarded a response from Associate Provost for Faculty and Academic Excellence Rob Hale.

“We consulted with the registrar and (information technology) about adjusting class times on TopNet and making this change created many other problems. We’ve communicated to department heads multiple times about the reasons for this and have told them to make sure that faculty understand. As we continue to try to be flexible and responsive to the crisis and after having one week of class under our belts, we’re looking at all of our practices and protocols and making appropriate adjustments as needed,” Hale wrote.

All of Gelderman’s courses this semester are face-to-face, an experience he calls “eerie.” There’s more to college than just going to class, he said.

“It’s just eerie having everyone be in a mask and socially distanced and just a little bit on edge about, you know, crossing the street when you see somebody,” Gelderman said in an interview.

When he welcomed students back to his classroom this fall, Gelderman said he had a heart-to-heart talk with students about the importance of following public health guidelines in and outside of class. They seemed to take his message seriously, he said.

“I believe that they are as anxious as I am,” he said, adding that his students want to make the most of their education on WKU’s hill this semester. “They care deeply. None of them wants it to all blow apart.”

Ahead of its reopening Aug. 24, Western Kentucky University has a running total of 206 positive COVID-19 cases within its broader campus commu…