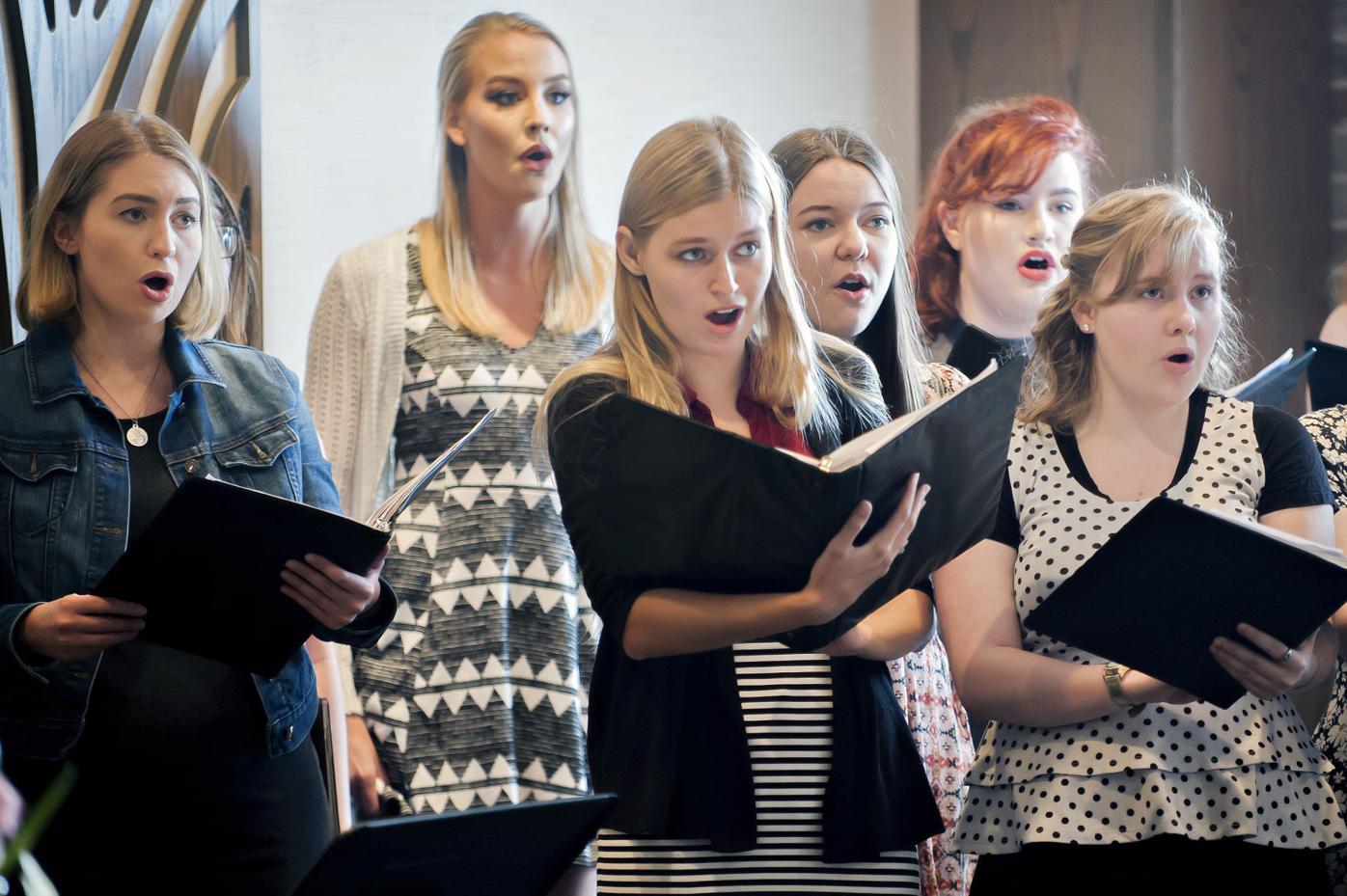 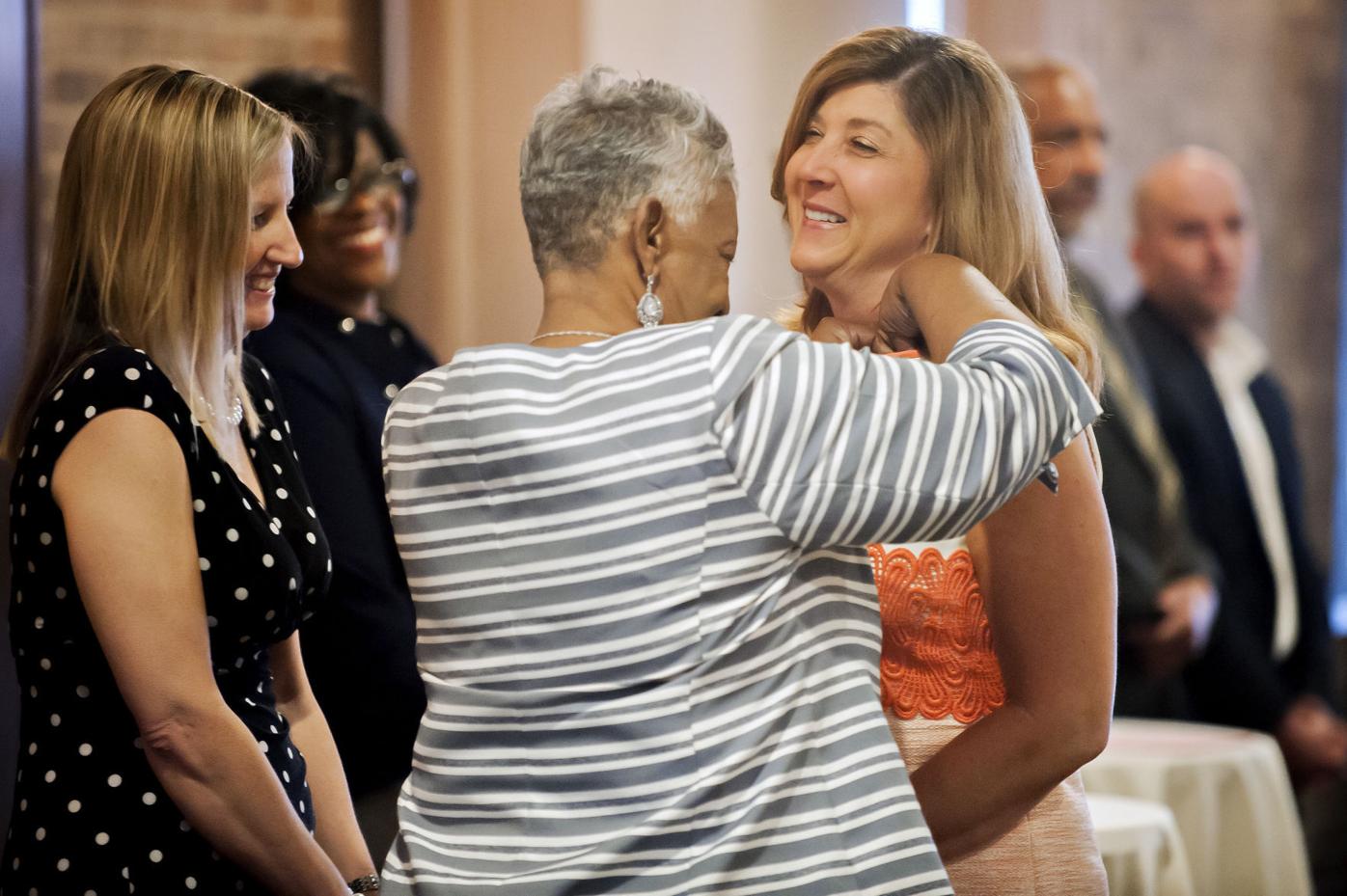 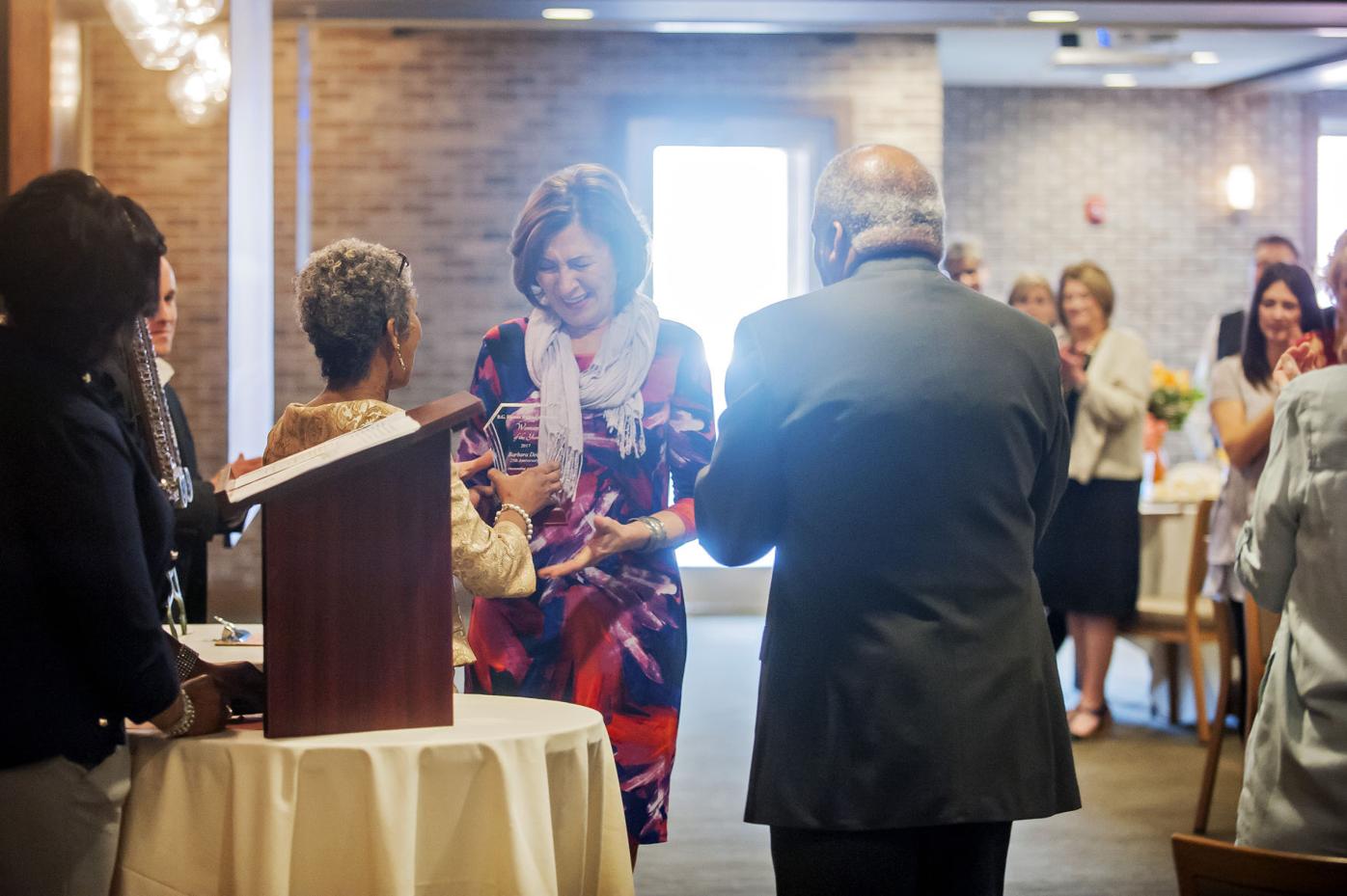 during the 25th annual Women of Achievement Luncheon at Mariah’s. 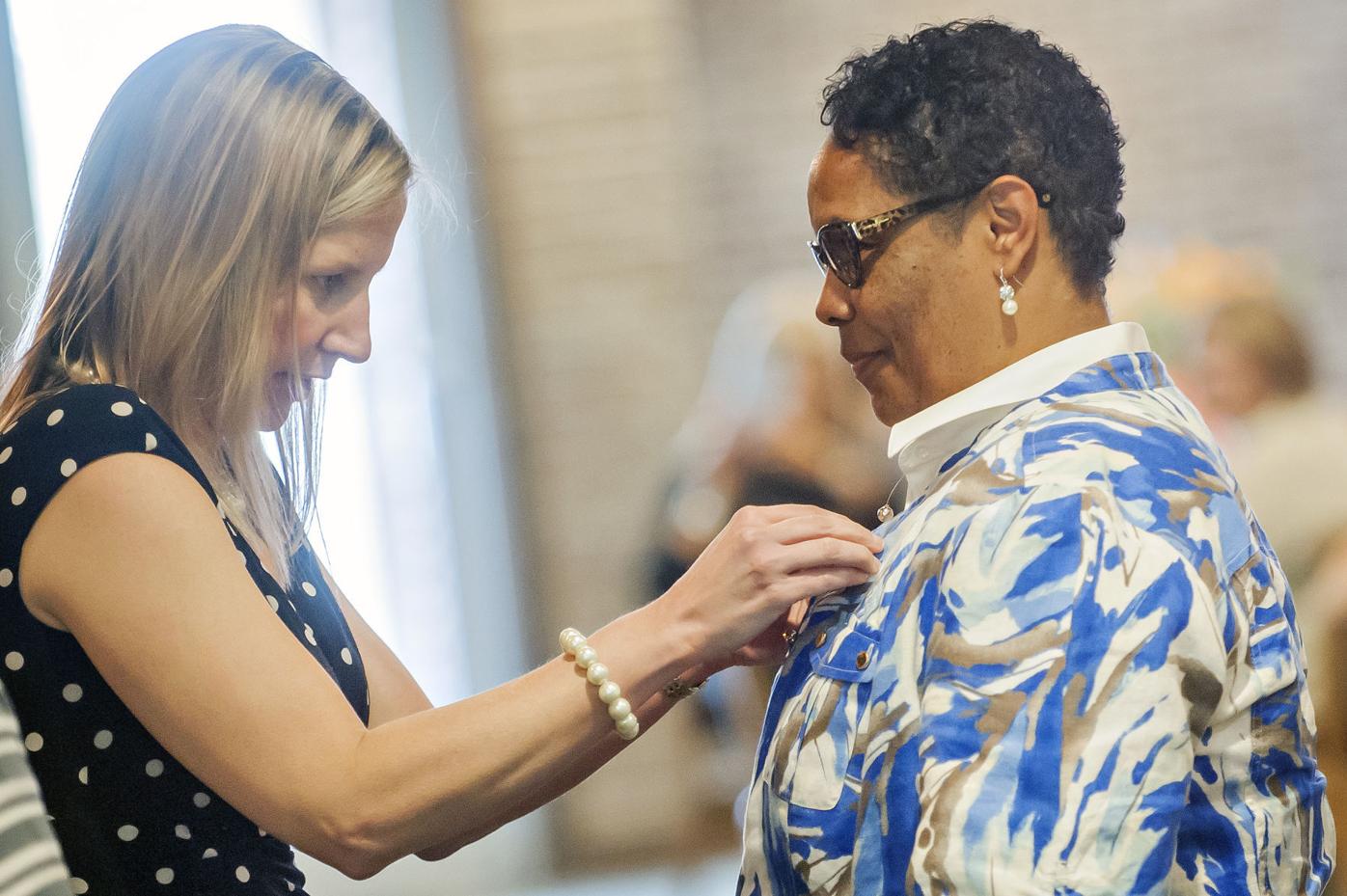 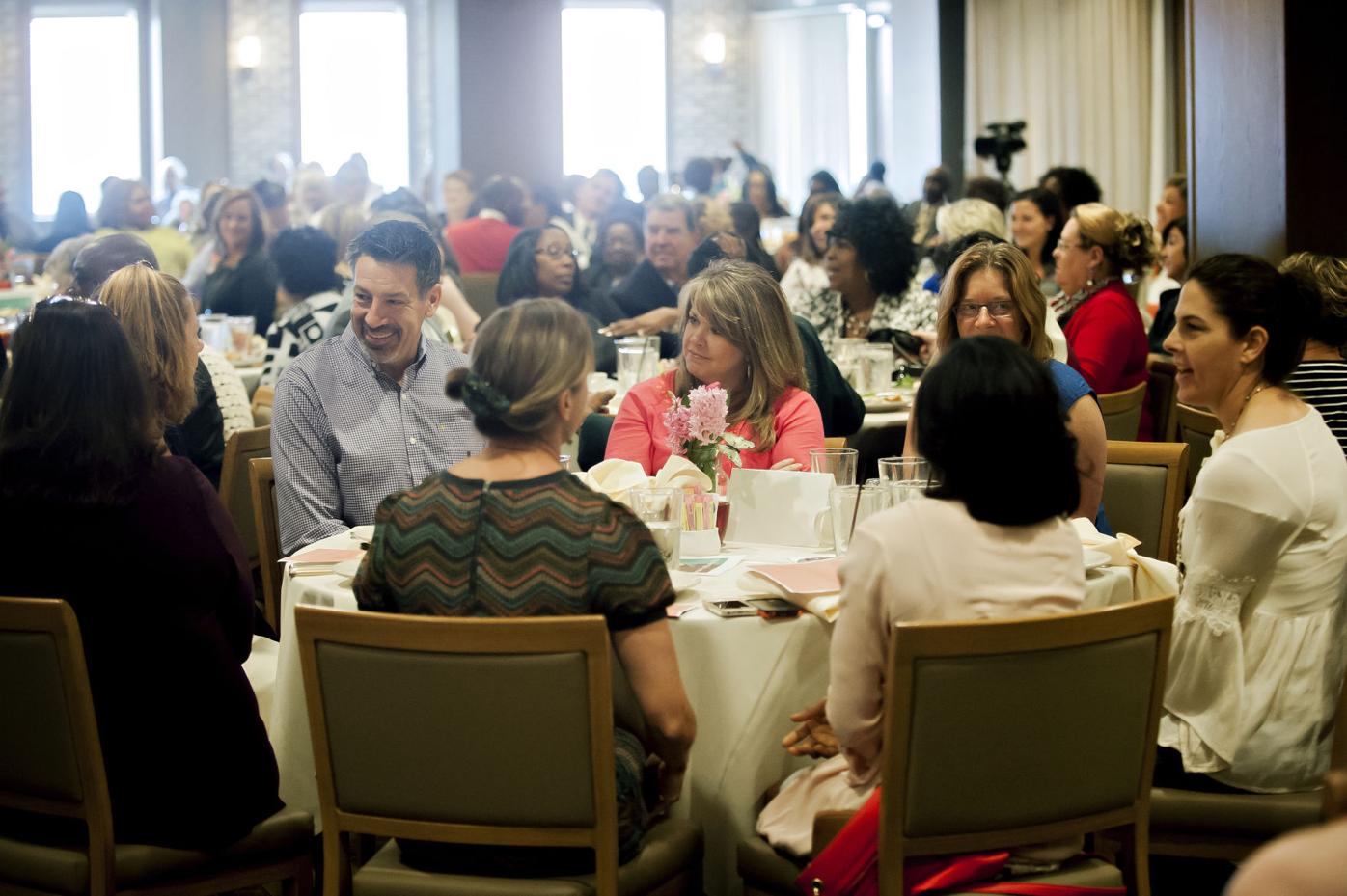 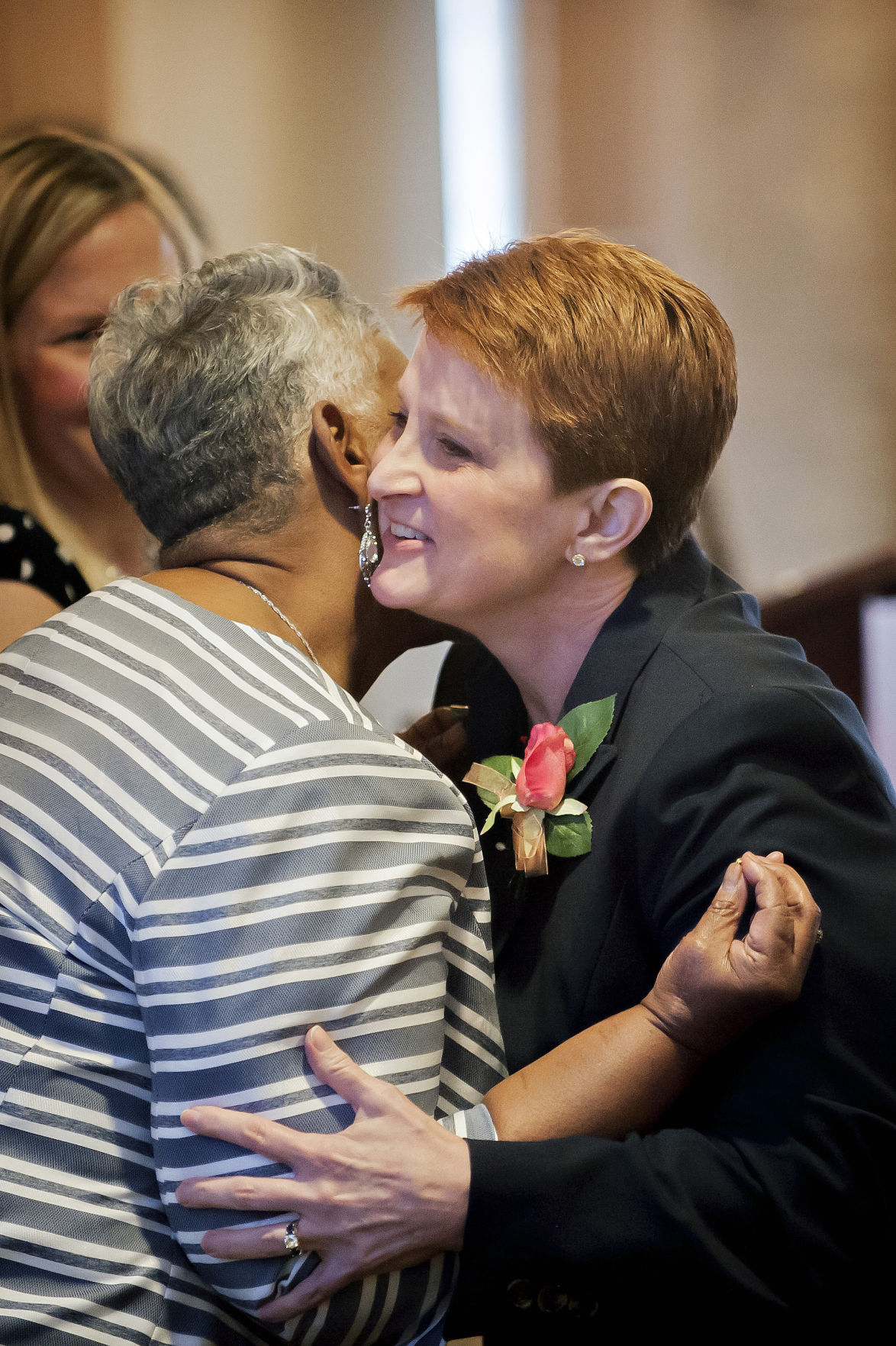 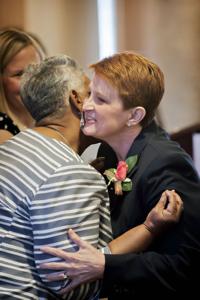 during the 25th annual Women of Achievement Luncheon at Mariah’s.

When Barbara Deeb’s name was called to receive the Bowling Green Human Rights Commission’s “Woman of the Year” award during the Women of Achievement Luncheon on Saturday at Mariah’s Restaurant, she was surprised.

“Normally I emcee,” she said. “They said they were doing a video and I didn’t think anything of it.”

Among Deeb’s accomplishments are two Daytime Emmy awards, induction in the National Academy of Television Arts and Sciences’ Ohio Valley Silver Circle and being named a previous “Woman of Distinction” by the human rights commission.

It’s not her greatest accomplishment, though, she said.

“My biggest accomplishment is my three kiddos,” she said.

“I think we’re very privileged to be in a town with all these amazing people,” she said. “It’s not about the awards. It’s the people.”

“It was just an honor to be recognized,” Anthony, a teacher at Warren East Middle School, said. “I’m just glad to be here among these beautiful women who are doing great things.”

“I think we realize that we are being watched in a positive manner,” she said. “I think the next generation is watching us.”

Elder, of Bowling Green, teachers leadership communication, public speaking and other classes at Western Kentucky University. She is president of the alumni association at Georgetown College and serves on several boards in Bowling Green. She said she was humbled by the award.

Boehman works in marketing at WBKO-TV. She said she was shocked and honored to find out she was getting an award. The Bowling Green woman has been a Bowling Green Area Chamber of Commerce ambassador for 21 years, on the Crime Stoppers board for 23 years, a Rotarian and a mentor to teenagers.

“I love that,” she said. “We’re teaching them to reach higher and want more.”

Sublett is executive director of Court Appointed Special Advocates. She said she is honored to be among the leaders in the community.

“Bowling Green makes it easy to get involved,” she said. “I’m proud of all the things people are doing to improve Bowling Green.”

If there was anything Sublett would advise women to do, it would be to get involved and support other women.

“I think that’s such an important thing,” she said.