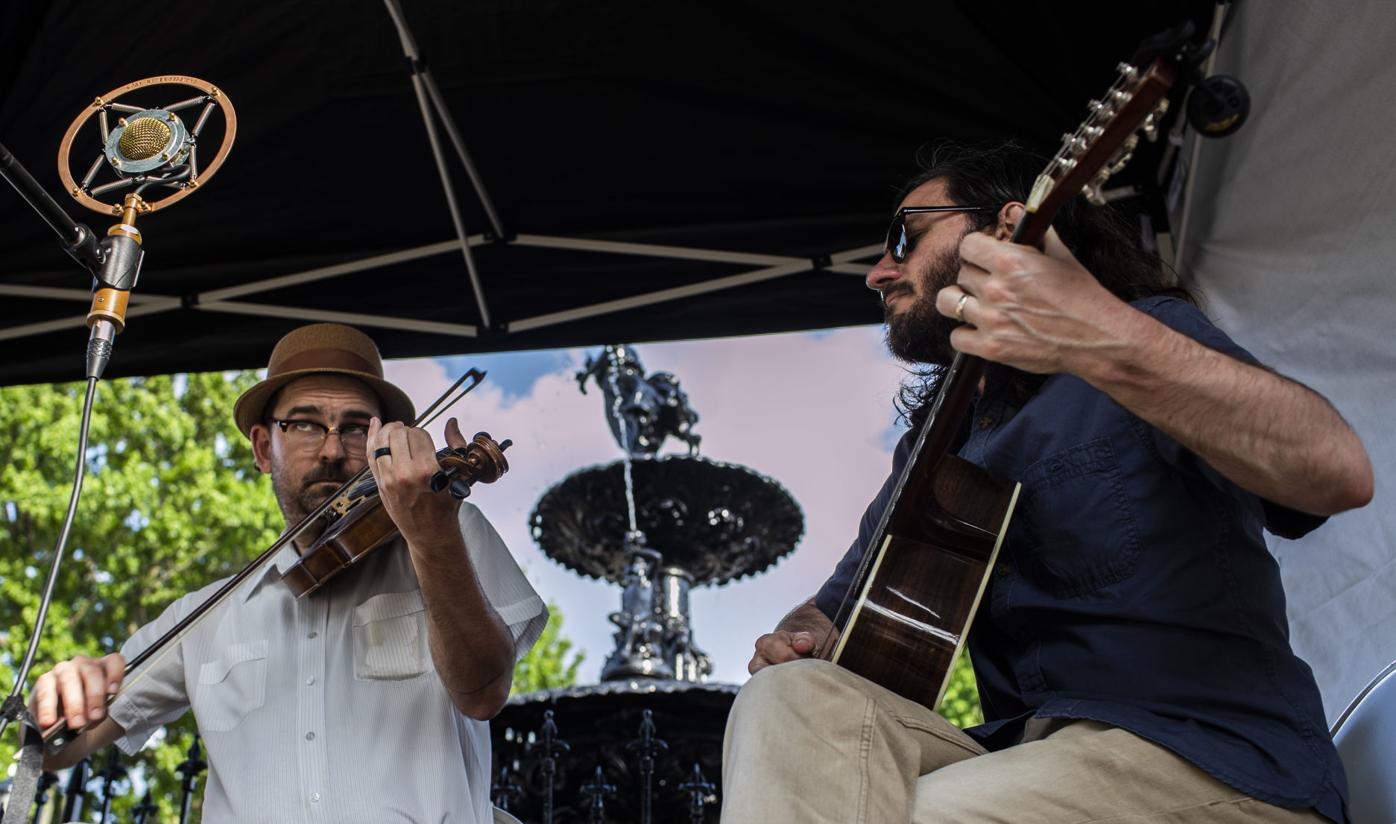 John Conley, left, and Brady Summerville perform in the Barren River Ramblers during the Lost River Sessions Art and Music Festival on Saturday, May 12, 2018, at Fountain Square Park. (Austin Anthony/photo@bgdailynews.com) 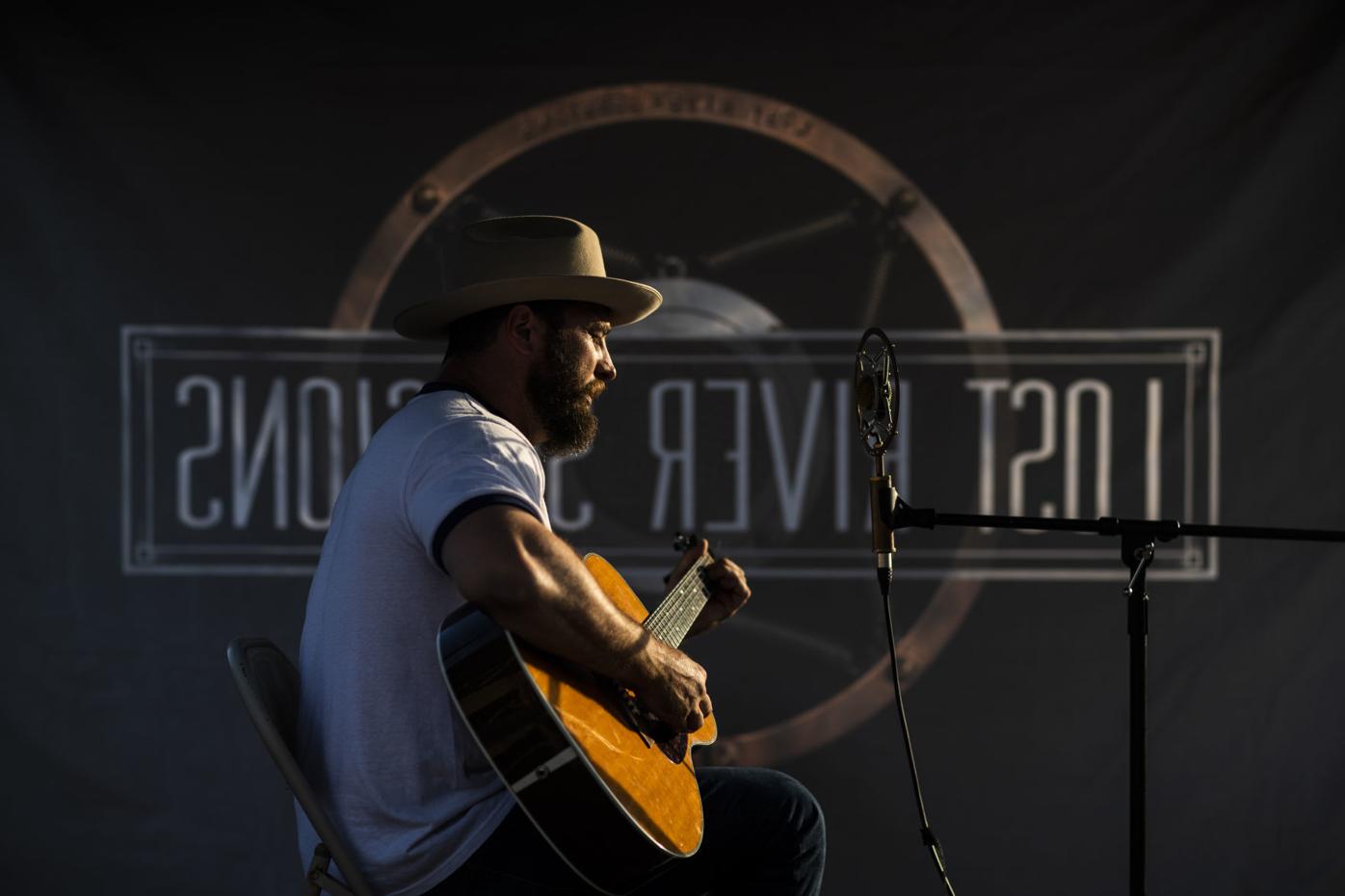 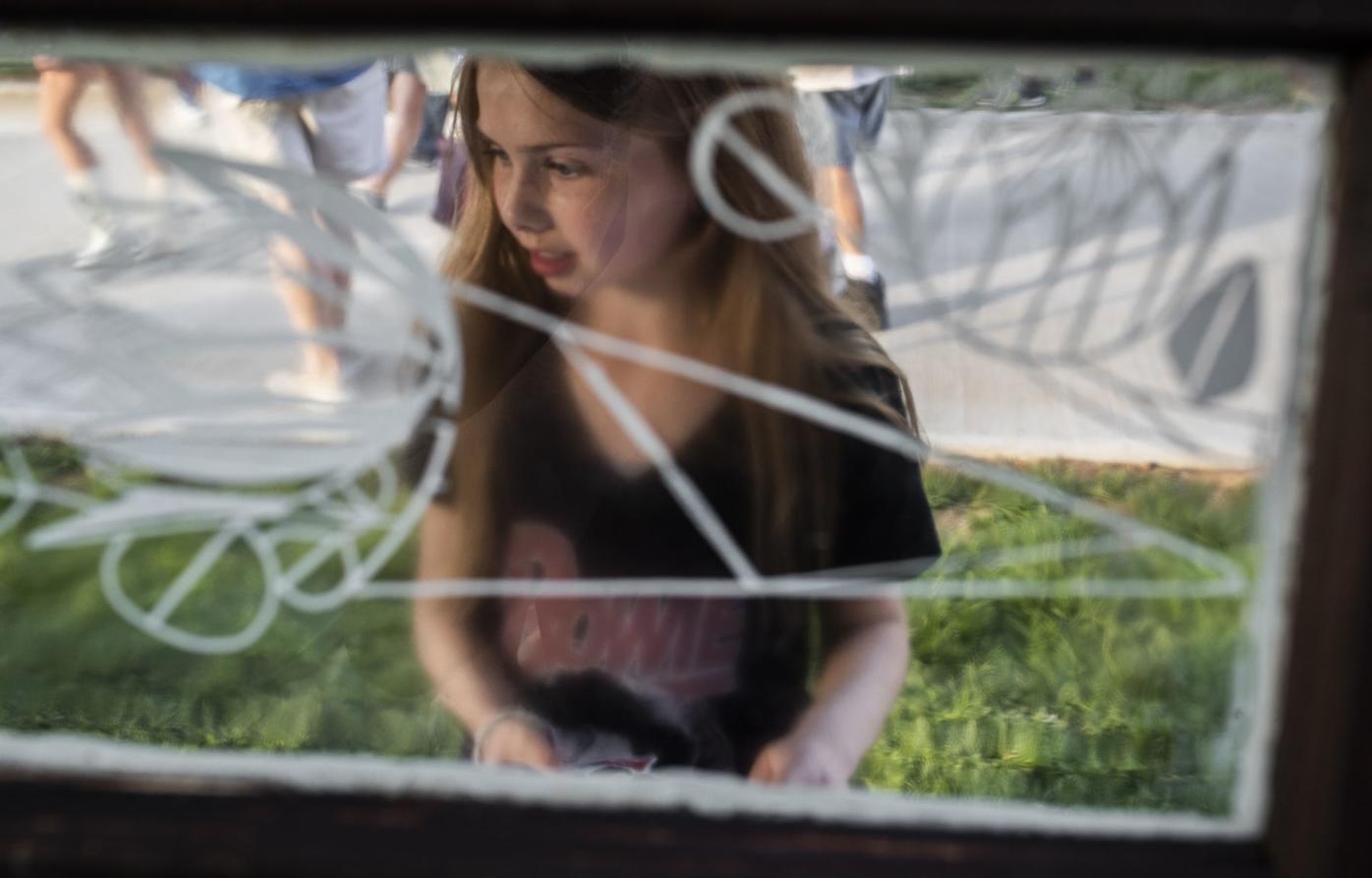 Sophie Stockton, 12, of Bowling Green, looks at art made by Sarah Gust during the Lost River Sessions Art and Music Festival on Saturday, May 12, 2018, at Fountain Square Park. (Austin Anthony/photo@bgdailynews.com) 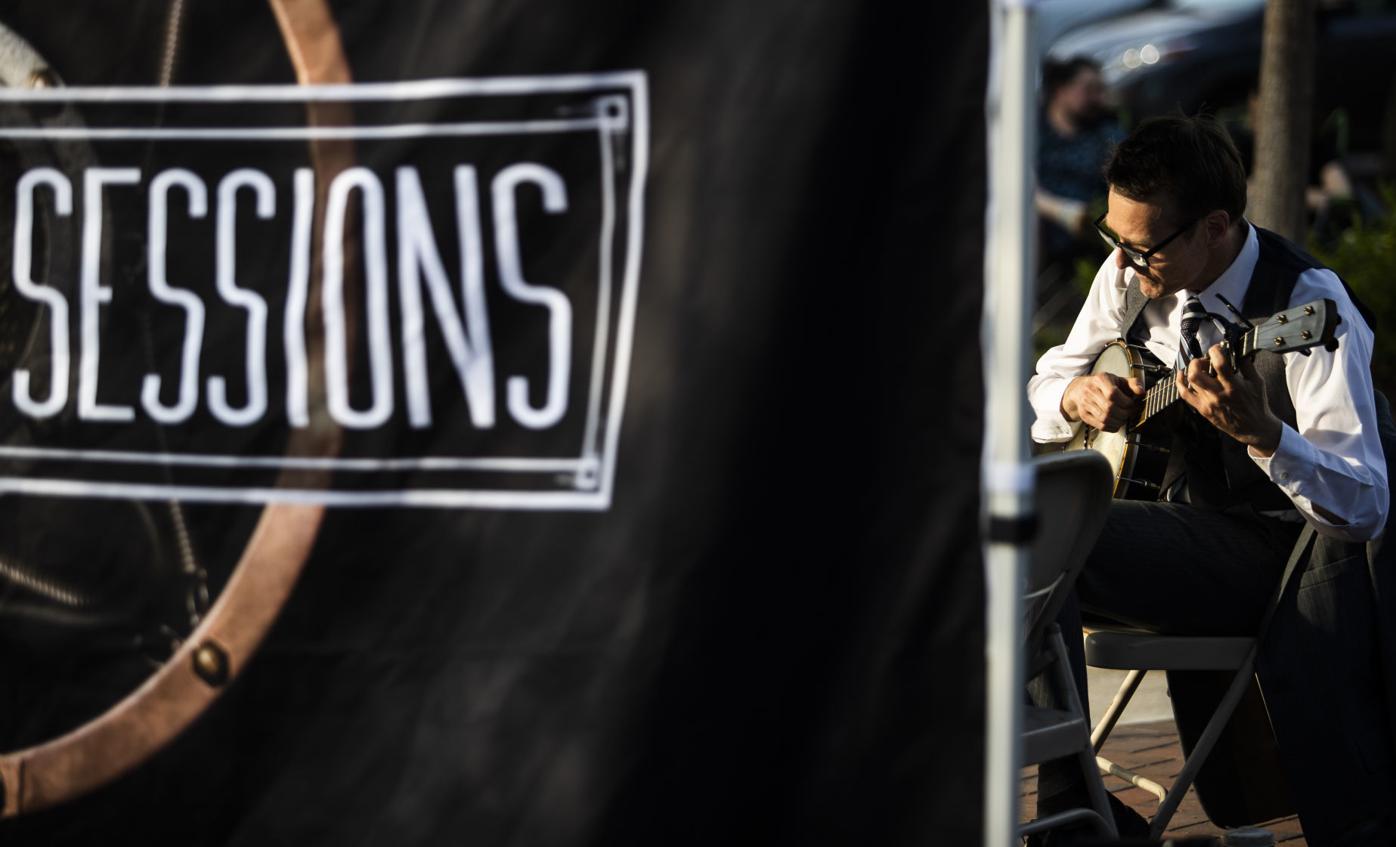 Todd Seguin performs in the Barren River Ramblers during the Lost River Sessions Art and Music Festival on Saturday, May 12, 2018, at Fountain Square Park. (Austin Anthony/photo@bgdailynews.com)

John Conley, left, and Brady Summerville perform in the Barren River Ramblers during the Lost River Sessions Art and Music Festival on Saturday, May 12, 2018, at Fountain Square Park. (Austin Anthony/photo@bgdailynews.com)

Sophie Stockton, 12, of Bowling Green, looks at art made by Sarah Gust during the Lost River Sessions Art and Music Festival on Saturday, May 12, 2018, at Fountain Square Park. (Austin Anthony/photo@bgdailynews.com)

Todd Seguin performs in the Barren River Ramblers during the Lost River Sessions Art and Music Festival on Saturday, May 12, 2018, at Fountain Square Park. (Austin Anthony/photo@bgdailynews.com)

The Square was anything but square Saturday night as musicians, music lovers, artists, food vendors and curiosity seekers created a buzz on a midsummer-like May evening in Fountain Square Park.

In what one vendor called “a wonderful way to bring the community together,” Western Kentucky University’s public broadcasting stations brought their Lost River Sessions program downtown for the inaugural Arts & Music Festival.

“This is the end of our second season of concerts, so we wanted to do something bigger and bolder,” said Molly Swietek, development manager for WKU Public Broadcasting. “Part of our mission is to provide community service and provide entertainment.”

It also gives Lost River Sessions a chance to continue its evolution. Started in 2014 as a television program on WKU-PBS, the award-winning program has grown to include live programming on WKU Public Radio and the concerts at the Capitol Arts Center.

“We started as a TV show, but we shot each episode in a different venue,” explained Darius Barati, producer of Lost River Sessions. “We did a couple of seasons before we started doing the live shows.

“So far we’ve had a really great reception from the artists. It’s a nice getaway for a lot of them who come from Louisville or other areas close by. The type of music we bring in is the older, vintage sound. When you have a place like Capitol Arts with that historic feel, it’s a good pairing.”

One of Saturday’s artists, Seth Pedigo of the Dead Broke Barons, agrees the downtown Bowling Green theater strikes the right chord for him and other musicians.

“This is an awesome community,” Pedigo said as he looked around the square at the vendors and local residents. “I like seeing all the different businesses open and bringing people downtown.

“This is my third time playing at the Capitol, and the third time’s the charm because I get to be on the same stage with Willie Watson. It’s a great venue and brings back the roots of folk music back to guys like Woody Guthrie.”

Such history wasn’t as important as the opportunity to display their work for the crafts vendors who lined the square Saturday.

Meranda Caswell, an artist and member of the BG Makers group that brings artists and craft-makers together, displayed her artwork that preserved flowers, bugs, nuts and other common items in resin that ended up in necklaces and keychains.

“This is the first time Lost River Sessions has done something like this, and I think it’s great,” she said. “I think it’s a wonderful way to bring the community together. This square is beautiful.”

Another BG Makers member, Tatum Bratcher, was displaying her collages and paintings on wood slices while enjoying the downtown ambience.

“I love Bowling Green,” said Bratcher, who has lived here 20 years. “This square is my favorite part of the town. It’s nice to be out here with other makers showing what we do.”

It may not be the last time they have the opportunity, according to Swietek and Barati of WKU Public Broadcasting.

“It’s all really focused on our mission to provide a community service and expose the community to some good music,” said Swietek. “We invited local crafts vendors and artists. It gives them a platform and gives us a chance to advance our mission.”

Barati said the arts and music event came together because of switching Lost River Sessions from its usual Thursday night schedule.

“With this being on a Saturday, we thought we could enhance it a little,” he said. “I would love to do it once a year.”