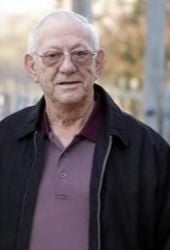 Bowling Green - Herbert Jewell Moats, 78, of Bowling Green, passed unexpectedly and was welcomed into his heavenly Father’s hands on April 21, 2021.  The Warren County native was born on January 2, 1943. He was a member of the United Calvary General Baptist Church and laid floor covering for Mosley Brothers and The Red Carpet Shop for over 30 years.

Herbert loved to play golf, watch the Reds and Wildcats play ball, and meet his buddies at McDonald’s for morning coffee. He was loved by everyone who knew him. Daddy was strong and steadfast; warm and faithful; kind and forgiving. He embodied what it meant to live and love well. He loved his family, his friends, and those he had just met like Jesus did. Papaw never met a stranger, and he could sit and talk to someone he had just met for hours, never having trouble finding the right words to say. He deeply touched the lives of all who knew him. Herbert epitomized God’s love, was a faithful member of his church, believed in the power of prayer, and was never timid to tell others about his faith.

He was preceded in death by one son, Kenneth Moats; his parents, Herbert Lavern Moats and Dorothy Mae Petty; three sisters, Patricia Moats, Venida Cline and Mickie Hendricks; and one brother, Roger Moats.

Graveside services will be at 10:00 a.m. Monday, April 26, at Bowling Green Gardens.  Walkthrough visitation will be from 3:00 p.m. to 6:00 p.m. Sunday, April 25 at United Calvary General Baptist Church with covid-19 precautions and masks are preferred by the family. Johnson Vaughn Phelps Funeral Home has been entrusted with the arrangements.

In lieu of flowers, donate to Shriners Hospitals for Children or St. Jude’s Children’s Hospital.