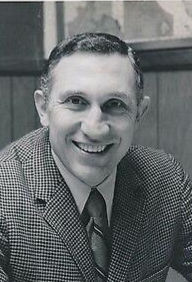 Bowling Green – Coach John O. Oldham, age 97, passed away peacefully Monday November 23, 2020 at the Medical Center in Bowling Green, KY. The Ohio County, Kentucky native was the son of the late Carlisle Oldham and Ruth Chauvin Oldham. He was preceded in death by his wife Bobbie Jean Oldham, a son John Robert Oldham, and four brothers, Edward Oldham, Carlisle Oldham, Charles Oldham and Wendell Maddox. After serving in the United States Navy he played in the National Basketball Association for the Pistons, he was the head basketball coach at the Tenn. Tech University from 1955-1964 and Western Kentucky University from 1964-1971, coaching in the final four during his last season and winning “Coach of the Year” of the OVC four times. Coach Oldham went on to be the Director of Athletics at WKU from 1971-1986 and was inducted into the WKU Hall of Fame in 1991. Coach Oldham also served as Mayor Pro Term of Bowling Green 1991-1995 and City Commissioner 1991-1998, he was an avid community volunteer, spending countless hours serving various community organizations. He is survived by his daughter, Suzanne Oldham, grandchildren, Maxwell Oscar Oldham, Demi Taylor Oldham and Devon Paige Oldham, daughter in law, Bonnie Oldham Strode and nieces Roxanne Oldham Allen and Ruth Ann Eadens. Visitation and Funeral Services will be private with burial in the Fairview Cemetery. A Celebration of Life service will be planned for next spring. J.C. Kirby and Son Lovers Lane Chapel have been entrusted with arrangements.