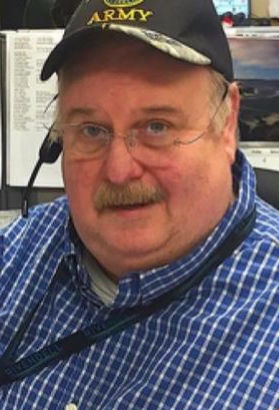 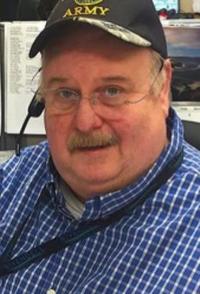 Bowling Green – Major Robert Lee Tinsley Jr., (US Army ret), 65, of Bowling Green, Ky passed away Saturday, February 13, 2021 at Commonwealth Regional Specialty Hospital after a brief illness. Born in Millington, TN to Betty Young Tinsley and the late Robert Lee Tinsley, Sr. (AOCS US Navy ret), Bob graduated from North Hardin High School in Radcliff, KY and then from Western Kentucky University with his BA in History and MA in Counseling. He was commissioned as a Field Artillery officer into the Army and after serving in Idar Oberstein, Germany and Fort Knox, KY, he returned to WKU as an Asst Instructor of ROTC where he reunited with his college sweetheart and married 10 years after they first dated in college.

Bob served 17 years in the Army, serving at CMCT in Hohenfels, Germany, CGSC in Leavenworth, KS and at Fort Carson in Colorado Springs, CO taking early retirement in 2004 and returning to school for his RN. He became a Psych nurse working at Lincoln Trail Behavioral Hospital, Hardin Memorial Hospital and finally retiring from his second career in 2020 from Rivendell Behavioral Health where he worked in admissions.

Memorial service will be held at Johnson Vaughn Phelps Funeral Home on Saturday, February 20, 2021 at 3 pm with visitation from 1 pm until service time. A private burial will be held at Fairview Cemetery.