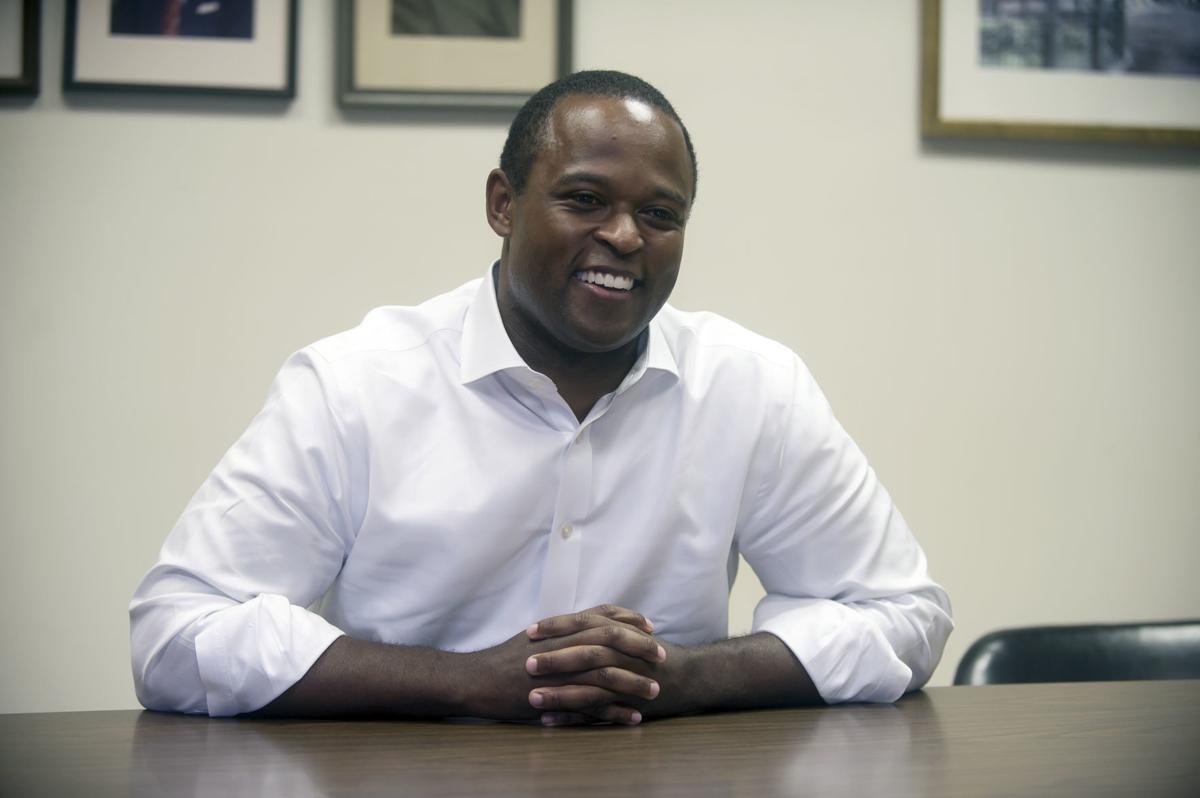 On Tuesday, Kentuckians will decide if they want to keep an incumbent governor or replace him.

The race for governor has been a nasty one on both sides. Gov. Matt Bevin and Kentucky Attorney General Andy Beshear can’t stand each other and have been battling for the past three and half years. There have been several debates leading up to Election Day, and they have been bitter and personal.

In the race for governor, the best person to vote for is Bevin. Unlike his opponent, who has a rather thin resume and has devoted much time during the past three and half years suing Bevin on the taxpayers’ dime, the governor has actually gotten a lot done while in office.

He signed into law right-to-work legislation that this newspaper has advocated for decades on this opinion page. He signed into law elimination of the unfair prevailing wage law and he also signed legislation allowing for charter schools, all issues that benefit school infrastructure and hope for kids in failing schools. Bevin can also rightly boast that he has brought many new businesses into our state since being elected in 2015, adding more than 57,000 jobs under his watch.

Also, unlike his predecessors, Bevin actually had the intestinal fortitude to do something about our pension systems, among the worst underfunded pension systems in the country. Bevin was the first governor to fully fund our state’s pension system. While he took a lot of criticism from teachers and the teachers’ union out of Jefferson County, which endorsed Beshear, Bevin did the right thing by funding the pension system instead of kicking the can down the road. In the last two years, Bevin has invested $6.8 billion toward the pension system.

Bevin is also a social conservative. He is pro-life, as opposed to Beshear, who is pro-choice and received the endorsement of NARAL, a national abortion-rights group, and Planned Parenthood of Kentucky. We believe, like Bevin, that every child deserves the right to be born, unlike Beshear, whose views on abortion mirror the national Democratic Party.

Bevin has also been endorsed by the National Rifle Association, a civil rights organization that supports the Second Amendment’s right to bear arms. Beshear received a 0 percent rating from the NRA.

We don’t believe Kentucky needs sanctuary cities. Bevin has backed legislation that would make sure that this doesn’t happen. Beshear has said there is no need for the legislation because there are no sanctuary cities in Kentucky. There isn’t yet, but it is not simply common sense to close the door before one or more liberal cities like Louisville or Lexington goes down that road? Public safety considerations weight heavily against sanctuary cities.

Beshear, like his father, former Gov. Steve Beshear, has proposed casino gambling as a way to pay off the pension system. Republicans in power in both chambers in Frankfort have already said Beshear’s proposal would be dead on arrival if sent to them. Beshear must have learned nothing from his father, who tried to push this same old recycled idea through for eight years and still failed. We agree with Bevin that Beshear’s casino gambling plan is a sucker’s bet and would not solve the pension system’s problems.

As governor, it is always good to have a close connection with the president. Bevin has a very close relationship with President Donald Trump, who has endorsed Bevin, which could only benefit Kentuckians. If elected, Beshear, who supported Hillary Clinton’s campaign in 2016, would not have a close relationship with Trump, who carried Kentucky with nearly 70 percent support in 2016.

We also believe that our thin-skinned governor needs to choose his words and pick his battles better when dealing with people in our state. Bevin would be better served to just bite his tongue in many cases and let some critics words just roll off his back.

Based strictly on his record, and despite our reservations about his people skills, we believe Bevin is the better of the two candidates and we endorse him for governor.

Cameron is the real deal. He is a respected attorney and previously worked closely as legal counsel for U.S. Sen. Mitch McConnell, R-Ky., and was involved in getting Neil Gorsuch onto the U.S. Supreme Court. In securing the Republican Party’s nomination for attorney general, Cameron carried 104 of Kentucky’s 120 counties. After meeting with him over the summer, our editorial board was very impressed with Cameron and of his vision for Kentucky. Cameron has said, if elected, he will uphold the laws of this state and challenge any efforts by our two largest cities to become sanctuary cities. We also liked that he would engage in the courts when it comes to pro-life issues, unlike Beshear. He has been endorsed by Trump as well as the Kentucky Fraternal Order of Police, a huge endorsement because law enforcement officials are among the people that Cameron will be working with on a pretty regular basis if he is elected.

Cameron would be a nice change from Beshear, who has repeatedly refused to defend the state in pro-life laws passed by the legislature. Cameron’s opponent is on record as saying he supports former President Barack Obama’s policies and he supported Hillary Clinton before he was swept out of his House seat in the red wave of 2016. Stumbo spent years in the legislature kow-towing to the teachers’ union while their pension grew dangerously underfunded. Stumbo also has a pretty shoddy past. He had a child out of wedlock and fought in court against having to pay his kid’s child support. He was also allegedly involved in a DUI-related event that conveniently disappeared. Stumbo has been publicly endorsed by Clinton, someone whose political views aren’t in lockstep with the majority of Kentuckians’ political views, as evidenced by her getting buried by Kentucky voters in in 2016.

Another reason we’re endorsing is because if Stumbo were to be elected and Bevin were to be reelected, the people of Kentucky could endure four years of Stumbo suing Bevin at every turn.

Cameron has said he will hit the ground running on day one and we believe him. He has the skills and the vision to be an excellent attorney general who will uphold the laws of this state and defend the laws that are passed by the legislature. We urge voters to vote for him Tuesday.

As we know, our current Secretary of State Alison Lundergran Grimes has several investigations pending into her office over misusing voter data and other allegations. To be blunt, this dark cloud over that office needs to clear and we believe that Adams can do just that. We like Adams for many reasons, including his support of requiring a photo ID to vote, which we believe is a no brainer and should’ve been implemented years ago. He also wants to stamp out election fraud and, unlike his opponent, Adams possesses election experience.

His opponent, on the other hand, opposes requiring photo IDs to vote, has been very silent on the alleged corruption in Grimes’ office and has supported Grimes and Clinton in the past. Henry was caught using taxpayer resources to plan and photograph her wedding book and book her paid appearances. Henry has also raised a lot of campaign money from Hollywood, which doesn’t by any means reflect Kentucky values. That being said, we do have great respect for Henry’s work on behalf of veterans.

Adams, we believe, is the best choice in this particular race, which is why we urge a vote for him Tuesday.

PLEASE TURN OFF YOUR CAPS LOCK.

Don't Threaten. Threats of harming another person will not be tolerated.

Be Truthful. Don't knowingly lie about anyone or anything.

Be Nice. No racism, sexism or any sort of -ism that is degrading to another person.

Be Proactive. Use the 'Report' link on each comment to let us know of abusive posts.

Share with Us. We'd love to hear eyewitness accounts, the history behind an article.