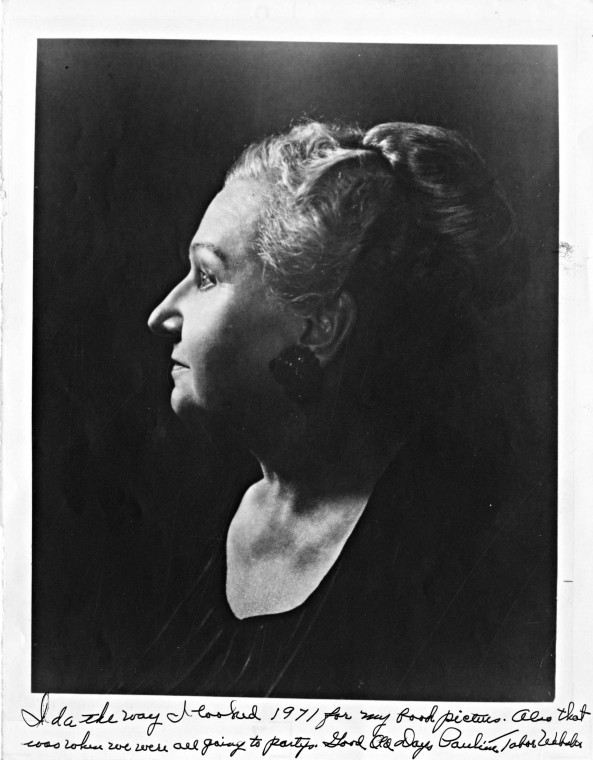 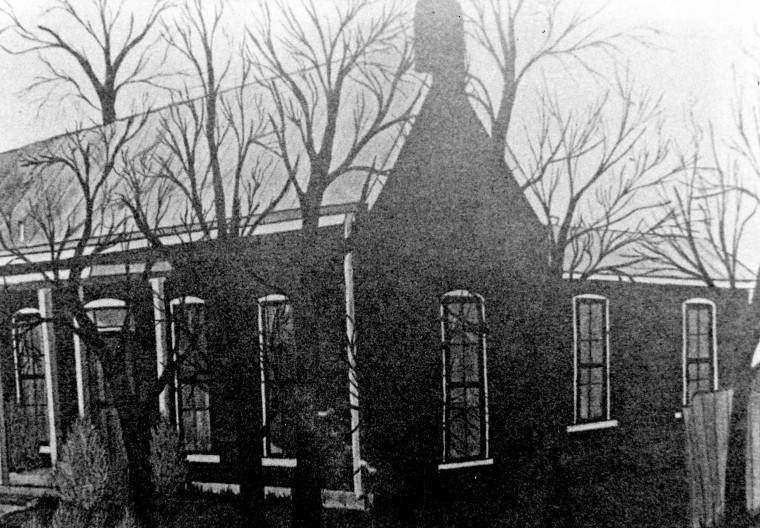 When Mary Lucas first met Pauline Tabor, she was expecting the former brothel madam to be decked in diamonds and lavish clothing. But Lucas was shocked.

Tabor was elderly by the time Lucas met her, and she seemed like a typical grandmother, sitting on a milk stool at her Plano farm, picking tomatoes with her white hair in a neat bun. At first, Lucas had a hard time believing Tabor was one of the most infamous characters in Bowling Green’s history – until they began discussing politics.

“The grandmother morphed into a madam. She was a sharp cookie,” said Lucas, a Bowling Green historian. “You could see her shrewdness, her knowledge of local politics ... and the diplomatic skills to staying open as long as she did.”

In a town that has been mostly conservative and very religious over the past two centuries, Tabor’s prostitution house was one of the most popular and well-known businesses for more than 30 years from the 1930’s to the 1960’s.

With a “bombastic personality,” business smarts and political cleverness, Tabor’s brick house at 627 Clay St. was the longest-running brothel in the United States, Lucas said. Lucas has spent the past 15 years researching Tabor and now hosts programs at the public library that are dedicated to Tabor and her brothel, Pauline’s.

“She apparently knew who to cater to, and she knew how to keep her mouth shut,” Lucas said. “And she ran a good house.”

Tabor got into the prostitution business during the darkest part of the Great Depression, when she was a young, divorced mother of two small children and desperate for money.

While Tabor was never a prostitute herself, she became a local businessman’s mistress after requesting to borrow some money from him. That’s when she realized how profitable the business of sex could be.

She went to a brothel in Tennessee, where she shadowed a madam, learning what it took to operate a prostitution house. Tabor ran a call girl business in Louisville for a short time before giving that up – she felt that kind of operation was unfair to the female workers, Lucas said.

That’s when she returned to Bowling Green in 1933 and opened the town’s first brothel in a white, colonial-style house on Smallhouse Road. Even during the worst year of the depression, Tabor made money from the beginning, eventually serving clients from prominent politicians and businessmen to military men and college students.

She soon moved into her famous, modest house on Clay Street, and the 1940s and 1950s became “her real heyday,” Lucas said. And while everyone knew about her brothel, the madam had to be careful and savvy on a daily basis while running her prostitution house in the middle of the Bible Belt.

“She didn’t speak to people on the streets. She didn’t try to insert her life on the social scene in Bowling Green. She was very careful in business management. She didn’t let the girls run around unsupervised,” Lucas said. “As far as prostitution houses go, she ran an upscale one.”

With up to eight women living in her house at one time, Tabor was known for taking care of her “girls.” She made sure they were well-dressed, taking them to upscale clothing stores such as the now-closed Norman’s. Tabor took her workers to the clinic once a week to be tested for sexually transmitted diseases, and she made sure they were paid well and fairly.

And she also took care of her house. The home was clean, Lucas said, with no nudity on the lower floor and no alcohol. Tabor would not allow drunk, disorderly men around her workers.

In fact, Tabor kept a shotgun under her bed and a pistol in her night stand, though there are no reports of her ever using them – Tabor was a large woman, who would throw rowdy men out of her house with her bare hands, according to a transcript from Lucas’ library program.

But she wasn’t always tough and strict with the men in her house. When Lucas was researching the woman, she talked to men who went to her house during their college years – though they claimed they never had sex with the prostitutes, but simply drove friends to the brothel.

Lucas’ sources remember playing cards and joking with Tabor, who was known for her sense of humor. One of the men recall asking Tabor what she would have charged for herself if she had been a prostitute. She responded, “ ‘I’d charge by the pound, and no one could afford me,’ ” Lucas said.

And then there was the famous milk can. Tabor used the milk can as her business message board – when she was open, the milk can was on the porch. If the can was in the driveway, the house was closed. Eventually, Tabor was forced to keep a chain around the can because it was stolen so often.

Even though the brothel was popular, good for the economy (it brought men from around the country to Bowling Green), and Tabor was well-liked, Bowling Green gained a reputation for its prostitution house, and several people tried to shut down Pauline’s.

But Pauline’s remained open with the help of Tabor’s shrewd attorney, her political knowledge and her donations – Tabor contributed to many local charities, including regularly buying coats for needy school children, which influenced many law enforcers to excuse her business. She also donated to many political campaigns, regardless of the party, to help ensure her business would not be a target.

Some politicians still targeted Pauline’s, campaigning to churches that they would close the brothel if elected. Tabor found herself in court a few times, where her sassy personality often swayed judges and jurors. Several local residents recall one court appearance, when Tabor looked out from the witness stand and said, “ ‘I have seen nearly every man in this courtroom at my house at some point,’ ” Lucas said.

Her biggest legal hassle was during World War II, when soldiers from the former Camp Campbell – now Fort Campbell – and Fort Knox often visited her brothel. When an outbreak of venereal disease was reported at Camp Campbell, a colonel reported Pauline’s to the local police department, citing a law that banned prostitution houses within 100 miles of a military base.

Officers raided Pauline’s and arrested Tabor and her workers, though Tabor stayed in jail for about 30 minutes. But Pauline’s wasn’t closed for long. When she reopened, a U.S. legislator from Bowling Green led several raids on the house, but he was never successful – every time he went to Pauline’s, he only found Tabor and some of her workers knitting in the living room, Lucas said.

Local police officers would tip off Tabor if they knew a raid was being planned. They admired how much Tabor gave back to the community through charitable donations, and they recalled what it was like when Pauline’s closed for a few months – street prostitution became rampant and dangerous for both the prostitutes and their clients, Lucas said.

Pauline’s eventually did shut down, not through law enforcement, but because of urban renewal. The city development project – which planned to build new homes for underprivileged residents – condemned most of the Clay Street area and demolished those buildings, including Tabor’s house.

It was around 1968, and Tabor decided to not reopen. The prostitution business was changing, and the sexual revolution diminished the demand for services like Tabor’s, Lucas said.

Tabor purchased a farm in Plano and became the first organic farmer in Bowling Green, Lucas said. She eventually moved to Texas to be near her son and died in 1992. She is buried in Bowling Green.

While Lucas remembers the aging, white-haired grandmother who showed off jars of canned vegetables, the community remembers the sassy, savvy madam, who brought the business of sex to small-town Kentucky and was successful.

“It’s too bad (Bowling Green is) notorious for having the longest-lasting house of prostitution in America,” Lucas said. “It’s terribly interesting, though.”

In 2012 Bowling Green celebrated 200 years of incorporation as a Kentucky city.