WBKO & The Daily News are proud to bring the Jefferson Awards to the Bowling Green community.
Please nominate your local HERO today!
Click here to nominate someone for this year's Jefferson Awards.
Or, read below for more information and a list of past recipients. 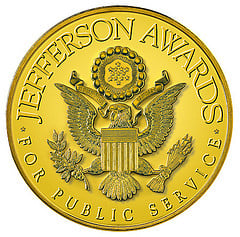 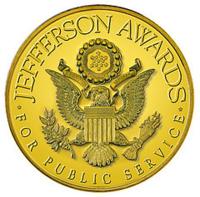 WHAT ARE THE JEFFERSON AWARDS?

The Jefferson Awards were founded in 1972 to honor the highest ideals and achievements in the field of public service in the United States. This prestigious national honor recognizes individuals throughout the country performing great public service, but largely without recognition. The awards are given by the American Institute for Public Service, which is located in Washington, D.C.

WHO SPONSORS THE JEFFERSON AWARDS?

IN HOW MANY CATEGORIES IS THE AWARD GIVEN?

HOW ARE THE NATIONAL WINNERS SELECTED?

A prestigious Board of Nominators nominates the winners in the four national categories. This Board is comprises of over 200 distinguished individuals from all 50 states. They include governors, mayors, university presidents, corporate leaders, heads of social service organizations, and representatives of other organizations.

In addition, the American Institute's Board of Selectors submit names for consideration. Finalists are selected and winners are voted by ballot by the Institute's Board of Selectors. The Board consists of some 75 of the nation's most distinguished leaders, with a proportionate number from each geographic area of the United States. The members range widely in age, occupation, and point of view, representing the diversity and individualism, which distinguish the American character and tradition. Among those having served on the Board: Hank Aaron, Senators John Heinz and Terry Sanford, Patricia Carbine, Earl Graves, Andrew Wyeth, Winthrop Rockefeller, Roger Horchow, Jack Valenti, Kirk Douglas, and Neil Simon. This Board selects the recipients in the four national categories as well as the five national winners in the fifth category.

HOW CAN I NOMINATE SOMEONE IN THE LOCAL CATEGORY?

By filling out a form provided by either of the local media sponsors (WBKO Television or Daily News), detailing why you think someone performing a significant, but unrecognized, public service should be considered.

IN WHAT AREAS, FOR EXAMPLE?

Such areas include individuals helping senior citizens, children, the disadvantaged, and mentally retarded; or improving education, culture, health care and the environment, expanding recreation, promoting public safety, and so on.

MUST THEY BE VOLUNTEERS?

They can be volunteers, or paid employees. No age limit.

HOW ABOUT ELECTED OFFICIALS?

Elected officials or well-known individuals are NOT eligible due to the fact that they already receive significant recognition.

Anyone in the viewing/circulation area is eligible.

ANY LIMITATIONS IN THE NOMINATION LETTER?

They can be any length up to 300 words. They can be typed or written in longhand. No "points" are given for the style (not an essay contest).

WHERE DO I SEND IT?

HOW MANY LOCAL PERSONS WILL BE SELECTED?

Four. This year the Jefferson Awards will choose a young adult, 25 years or younger, as one of our four winners. The purpose is to encourage and recognize community service among young people.

Each local winner will receive a bronze medallion, which features a replica of the United States on the front and a citation for Outstanding Public Service on the reverse. The Franklin Mint donates the medallions as a public service. Each winner will then be eligible for a national Jefferson Award (a gold medallion or silver) to be awarded in June in the chambers of the United States Supreme Court in Washington, D.C. In addition, one winner from each of the media sponsors will also be selected to travel, all expenses paid, to Washington, D.C. to participate in the national ceremony and to attend a dinner.

A listing of previous winners of the Jefferson Award for Public Service in South Central Kentucky.