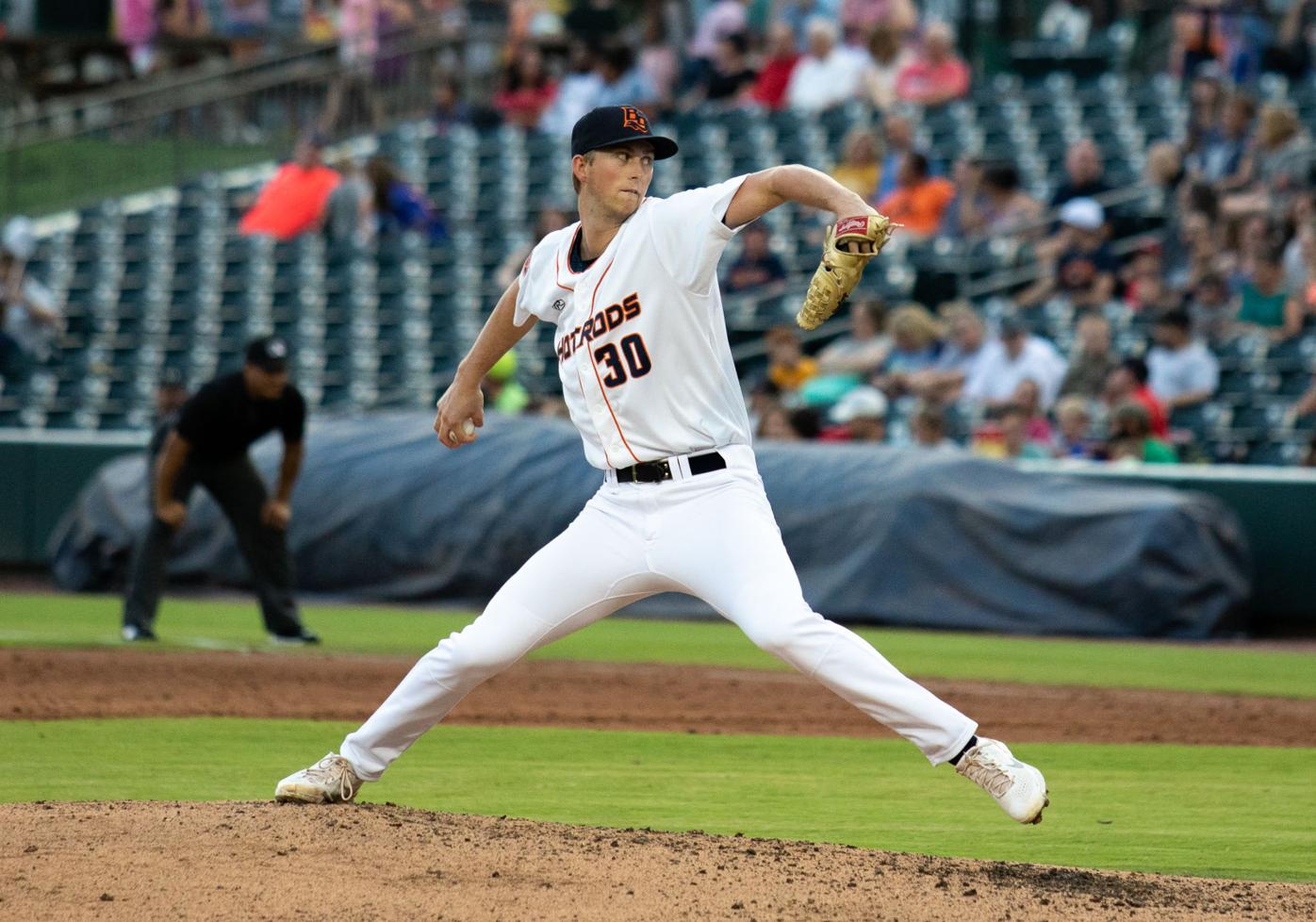 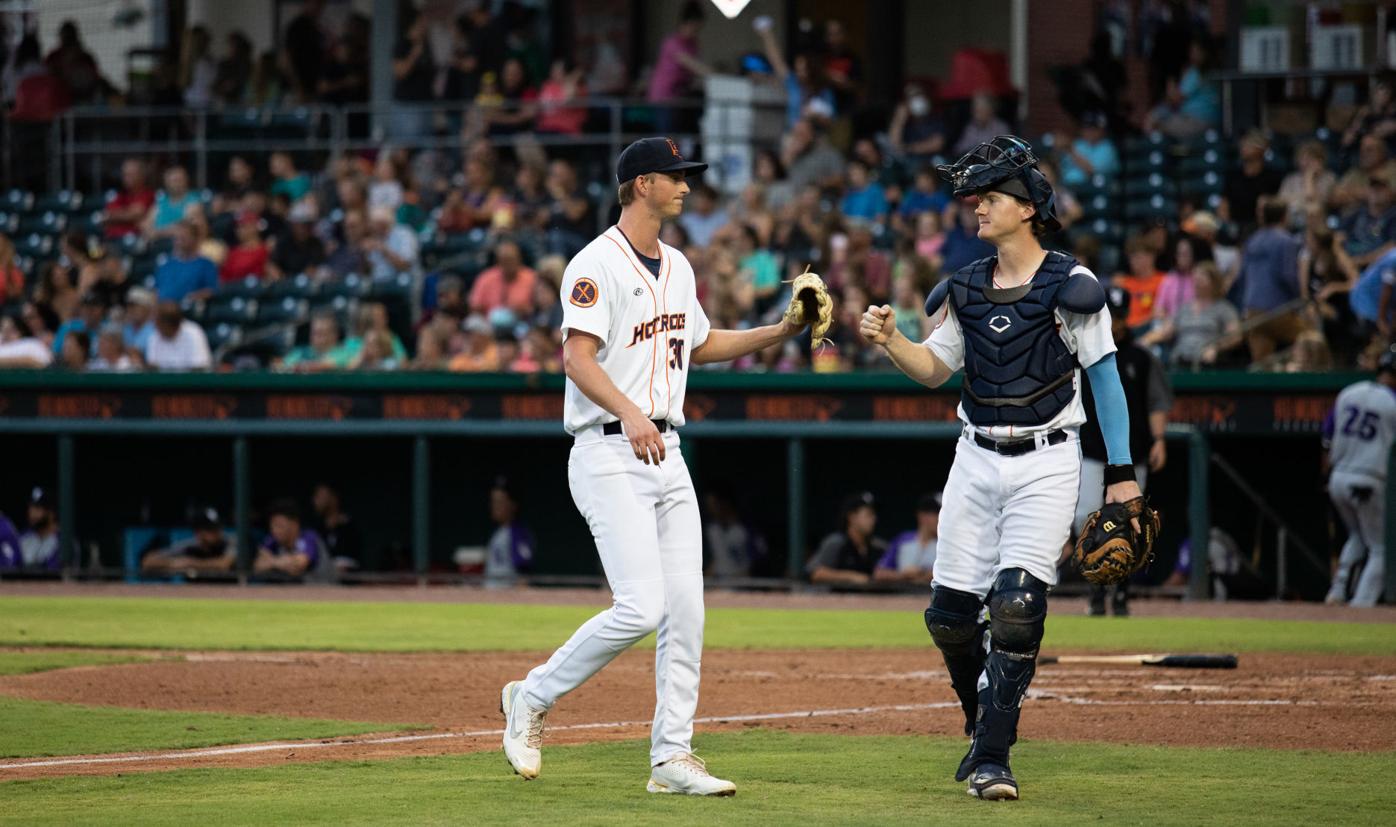 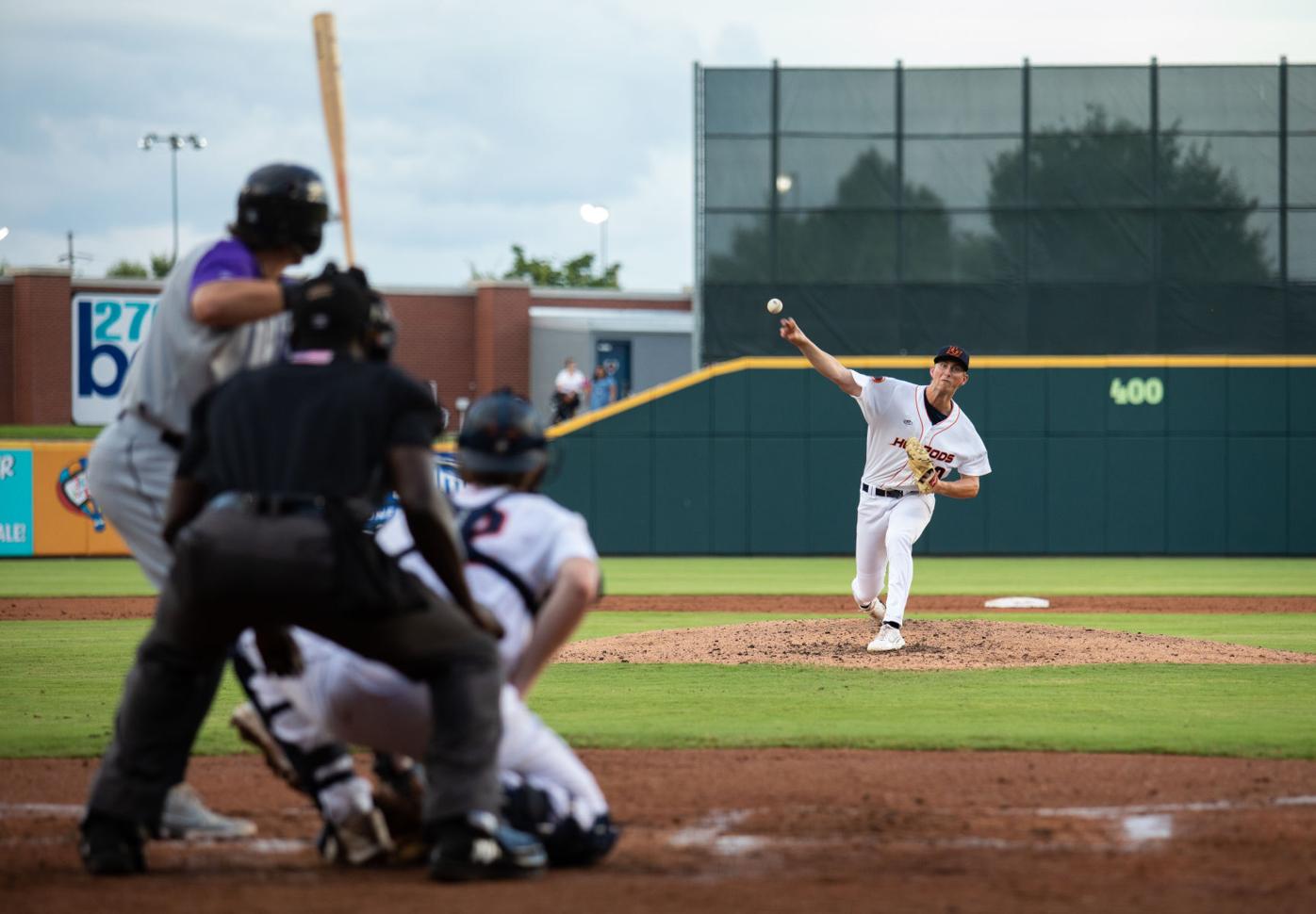 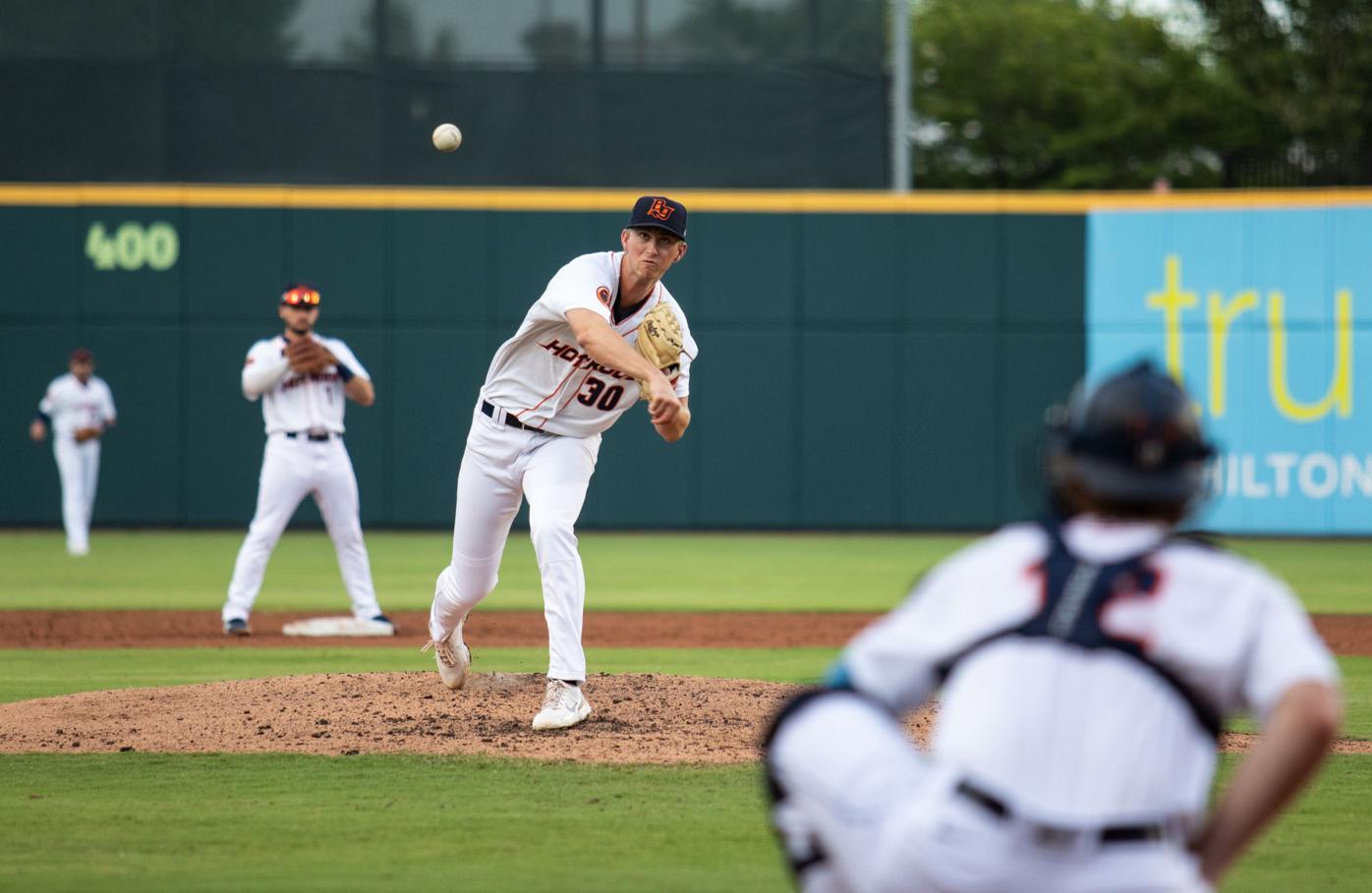 Hot Rods starting pitcher Michael Mercado warms up between innings in the Hot Rods' 11-4 win over the Winston-Salem Dash at the Bowling Green Ballpark on Friday, July 16, 2021, after returning from Tommy John surgery. (Grace Ramey/photo@bgdailynews.com) 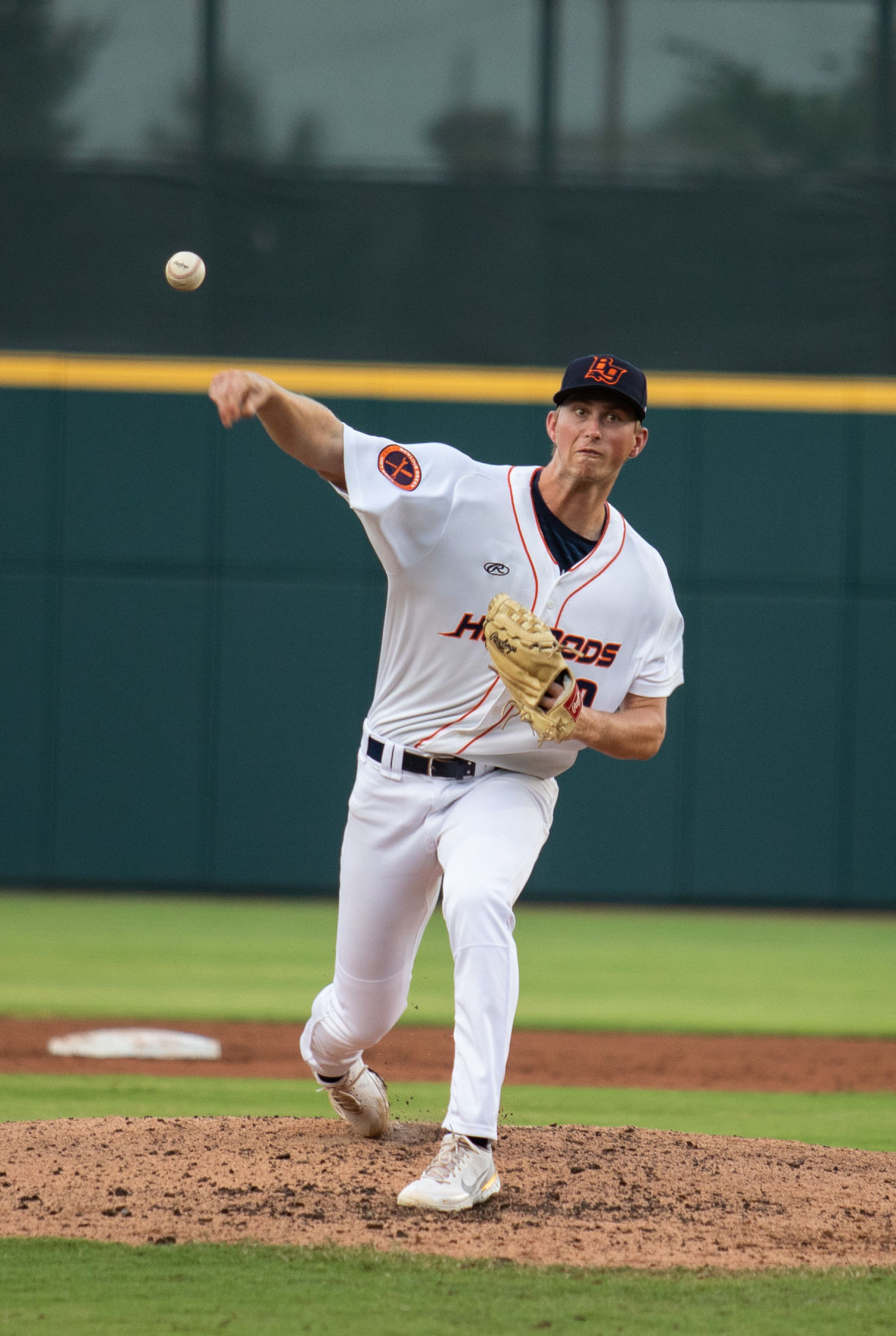 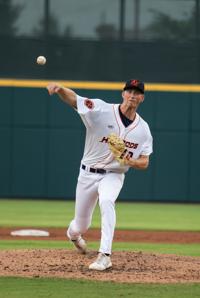 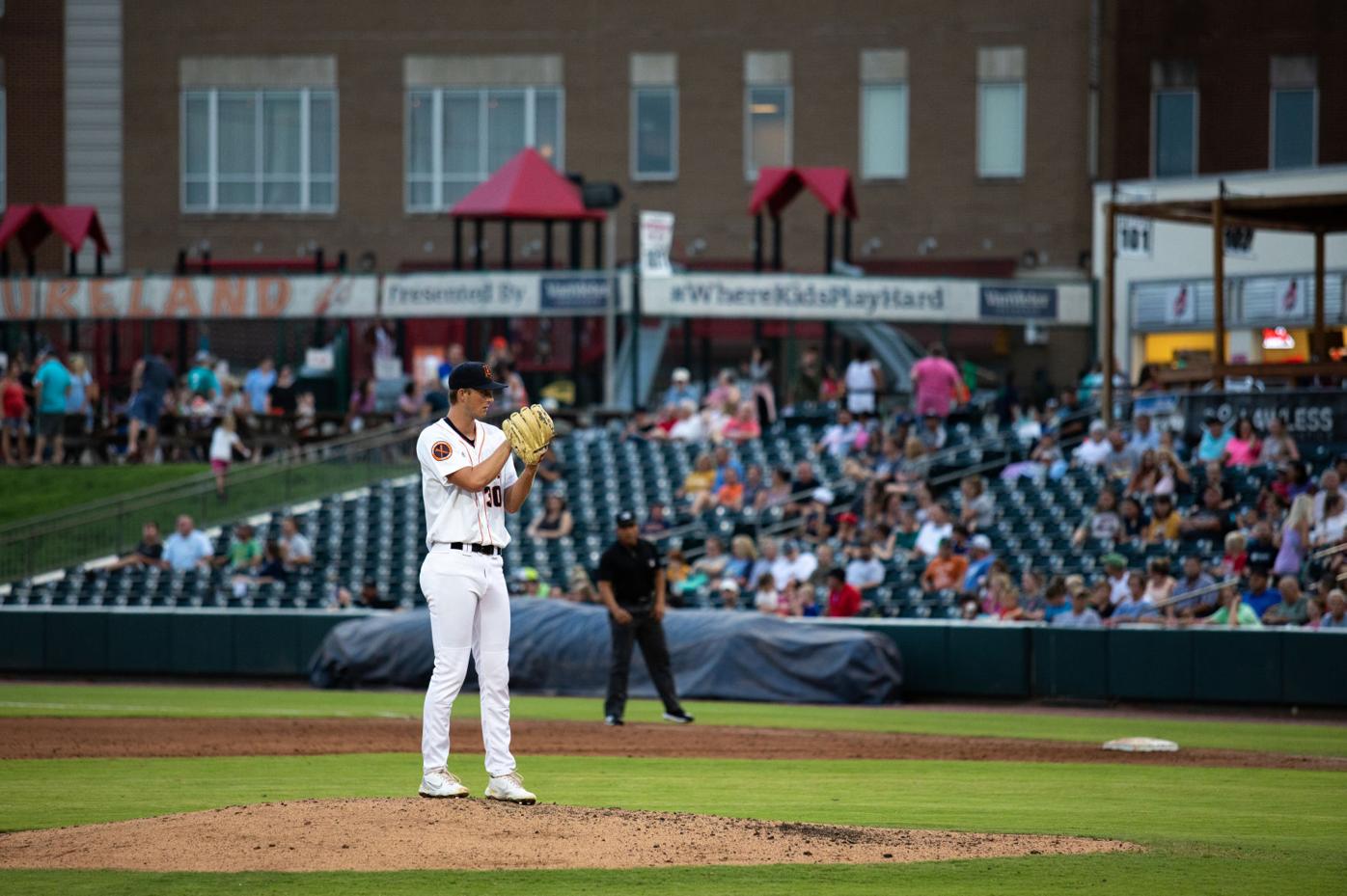 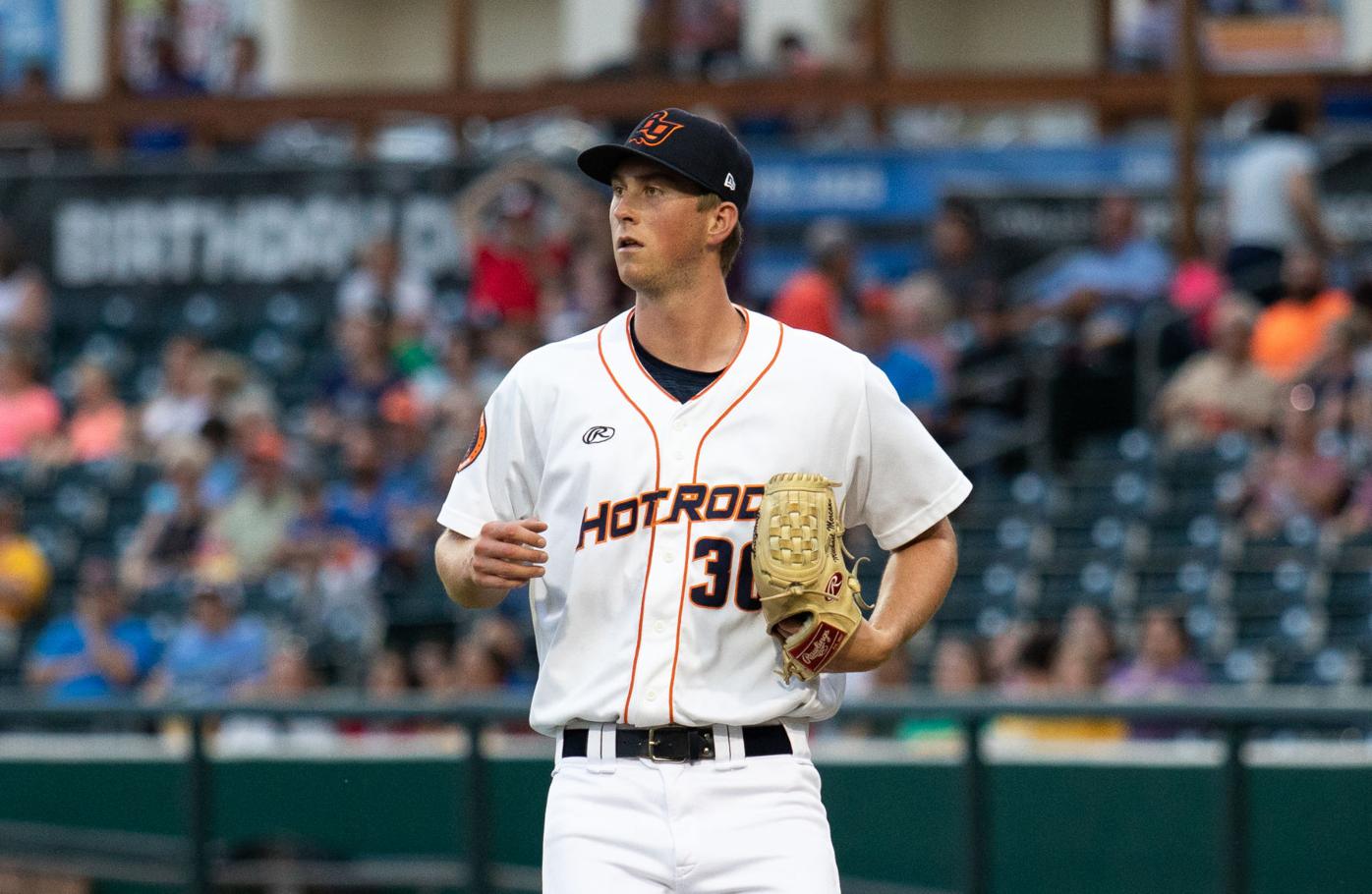 Hot Rods starting pitcher Michael Mercado warms up between innings in the Hot Rods' 11-4 win over the Winston-Salem Dash at the Bowling Green Ballpark on Friday, July 16, 2021, after returning from Tommy John surgery. (Grace Ramey/photo@bgdailynews.com)

When the Bowling Green Hot Rods beat Winston-Salem 11-4 on Friday night, it was a victory nearly three years in the making for right-handed pitcher Michael Mercado.

A second-round draft pick out of Westview High School in San Diego, Mercado’s professional career hit a roadblock at the end of 2018 when a torn UCL led to Tommy John surgery. With last year’s cancellation of minor league baseball, Mercado went 2½ years before pitching in a game – a journey that taught him resilience and mental focus.

“It was definitely a process,” Mercado said. “There were definitely some things, looking back on it, that (I think about). Maybe if I had done this or maybe if I had surgery sooner. I think the process I went through is one that benefited me in the sense it helped me learn a lot about myself.”

Mercado said he first started feeling something in his elbow toward the end of his 2018 season with then Low-A short-season Tampa Bay Rays affiliate Hudson Valley (N.Y.). It was the first time he’d ever had arm issues.

Mercado went to Florida at the end of the season and did a little bit of rehab. When he came back in January, Mercado tried to throw but felt pain again. That led to the decision to have surgery.

“It was definitely a mental battle,” Mercado said. “It was going back and forth trying to get through it, some days feeling that my arm hurt so bad that it was going to give out now. I think it got to the point where I knew I didn’t want to go through that anymore.”

Mercado spent 2019 in Florida at Tampa’s spring training facility with rehab trainers. The first couple of months was about trying to get the feeling and strength back in the arm. The rehab also included shoulder rehab and shoulder strengthening among other things.

“It was tough,” Mercado said. “Especially in Florida in the summertime, getting up at 8:30 in the morning and going to the field for three or four hours to get your stuff done – then having the rest of the day to do not really that much.”

After nearly six months of rehab, Mercado was able to throw again – but still missed the entire season.

Mercado was looking forward to returning to the mound in 2020, but the coronavirus pandemic halted minor league baseball – and Mercado’s comeback.

When everything shut down Mercado said it was tough, but he was able to lean on family and friends for support. He also saw this as a chance to pace himself during his journey back to the mound.

“I have very good people around me – people at home, people that care a lot about me who are really supportive,” Mercado said. “That’s another thing that I think really helped. In a sense COVID helped a lot to not rush too quickly to get back. I got to spend the summer going at my own pace.”

The final step of rehab finally arrived this spring when Mercado returned to the mound. He said it was a big relief the first time he threw in a game.

“It felt good to be back to where I think I should be,” Mercado said. “It was definitely strange after not throwing for 2½ years and getting out there and facing another team.”

Bowling Green Hot Rods pitching coach Jim Paduch said he likes what he has seen from Mercado this season.

“Any time that you are coming off an injury you are going to have that in the back of your head and health is the most important thing,” Paduch said. “I think there are 10 or 11 on the pitching staff right now going through a first full season. They are learning to cope with a full year – when to let it loose and when to back it off. I think that has been a learning process not only with him but with everybody.

Mercado has made 12 starts with the Hot Rods, throwing 46⅓ innings. He is four innings away from surpassing his season total at Hudson Valley, with his 48 strikeouts already surpassing the 38 punchouts he recorded in 2018.

Friday’s win was his first since July 12, 2018, with Mercado equaling a season high in innings pitched (five) and finishing with five strikeouts – one shy of his season high.

With every outing his confidence grows. Paduch said Friday’s win was a big milestone for Mercado’s journey back to the mound.

“Sometimes the wins and losses are overrated a little bit, but it’s always good to get the first one,” Paduch said. “He has pitched well. Yes, it is about development but also winning is part of development too. As much as he doesn’t have control over what goes on in the later innings, putting himself in the best possible position to win – I think he has done that a few times. Unfortunately, he’s come out with a no-decision or a loss, but he is still growing. Yesterday was a big stepping stone.”

Mercado said his goals for the second half of the season are simple – he wants to gain more consistency and he wants to remain healthy.

“The number one goal coming into this year always was making sure I could get through a full season,” Mercado said. “It’s going well right now.”{&end}