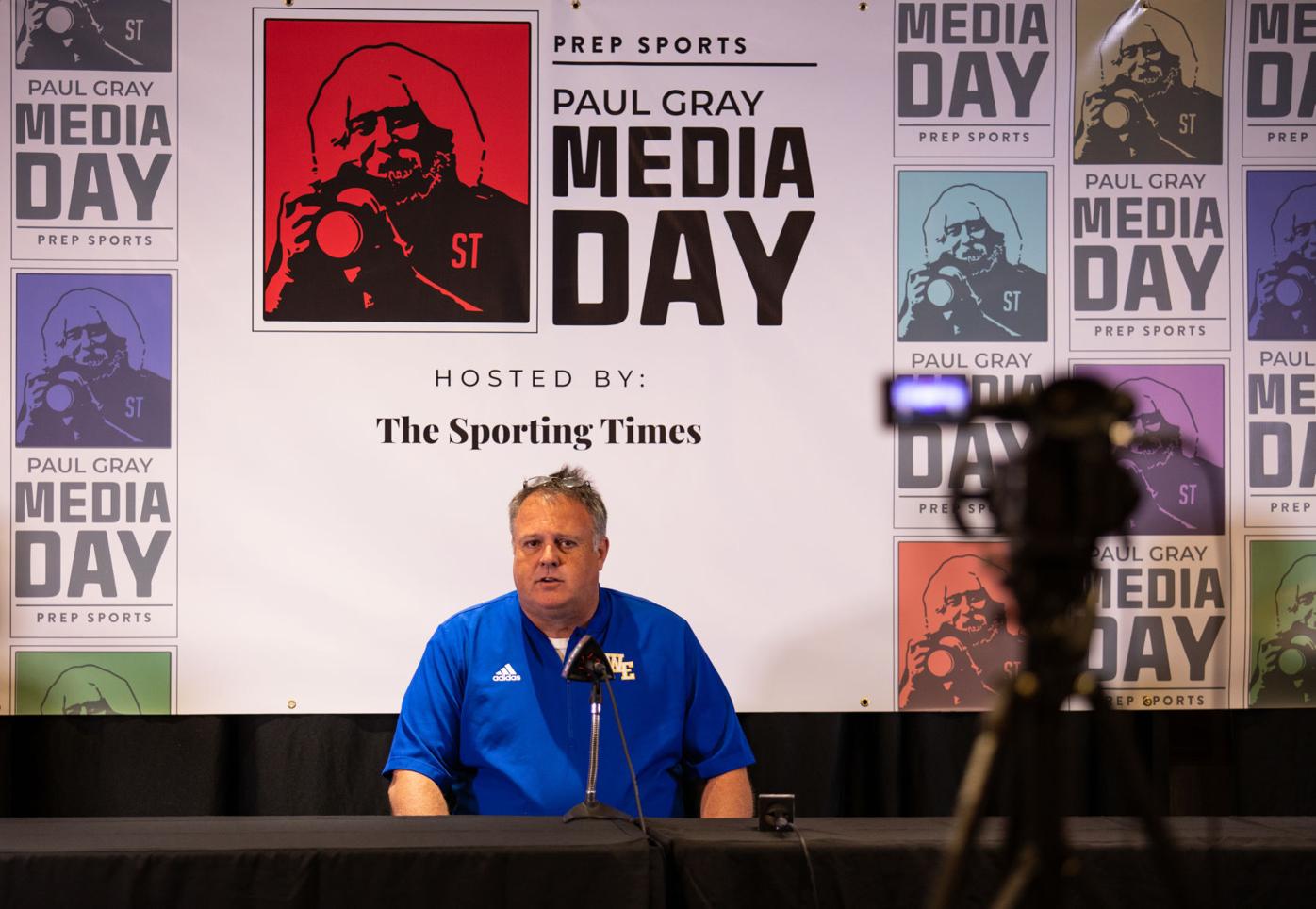 Warren East football coach Jeff Griffith talks about his team and the 2020 season amid the coronavirus pandemic at the 2020 Paul Gray Prep Sports Football Media Day on Saturday at the Holiday Inn University Plaza. 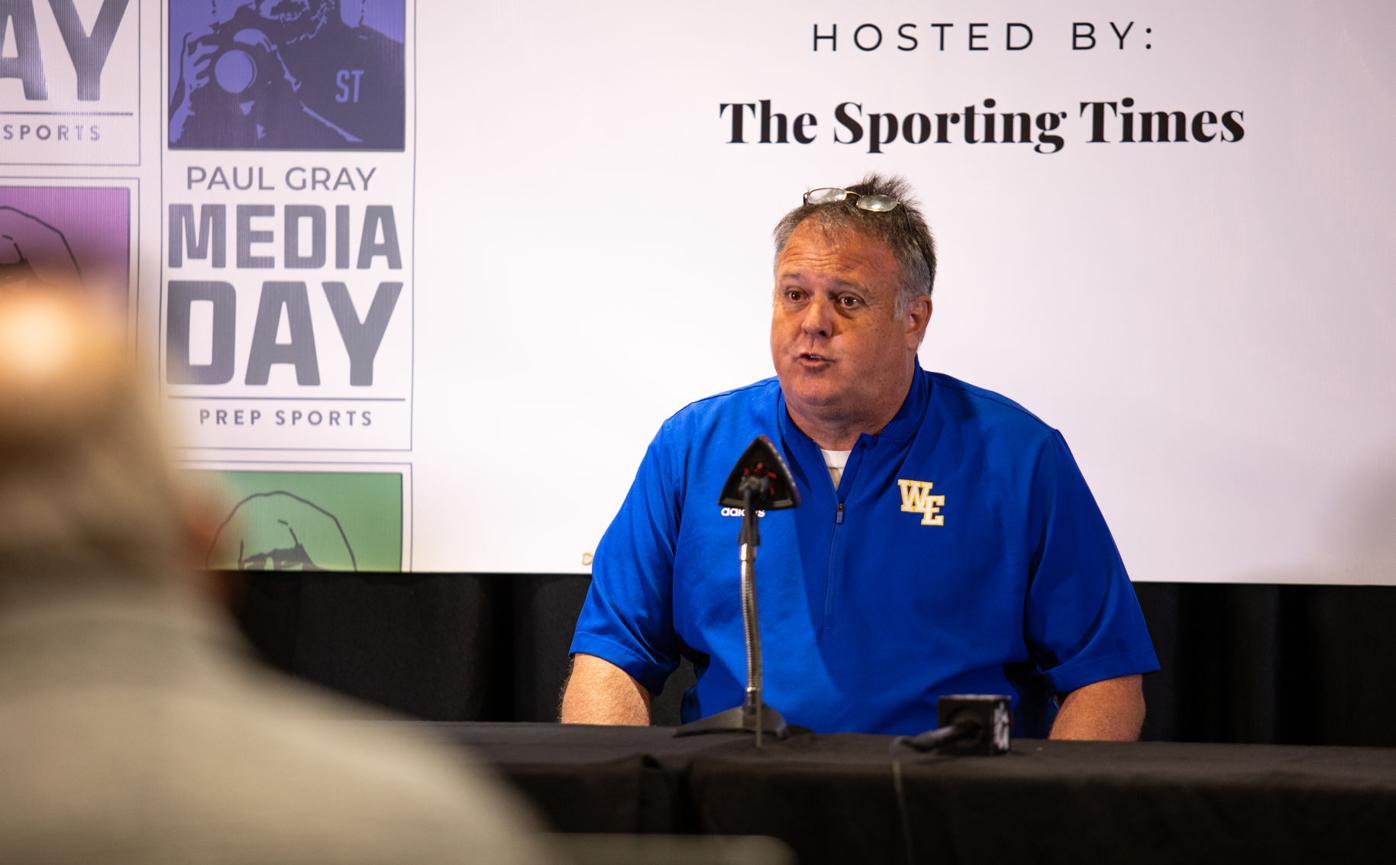 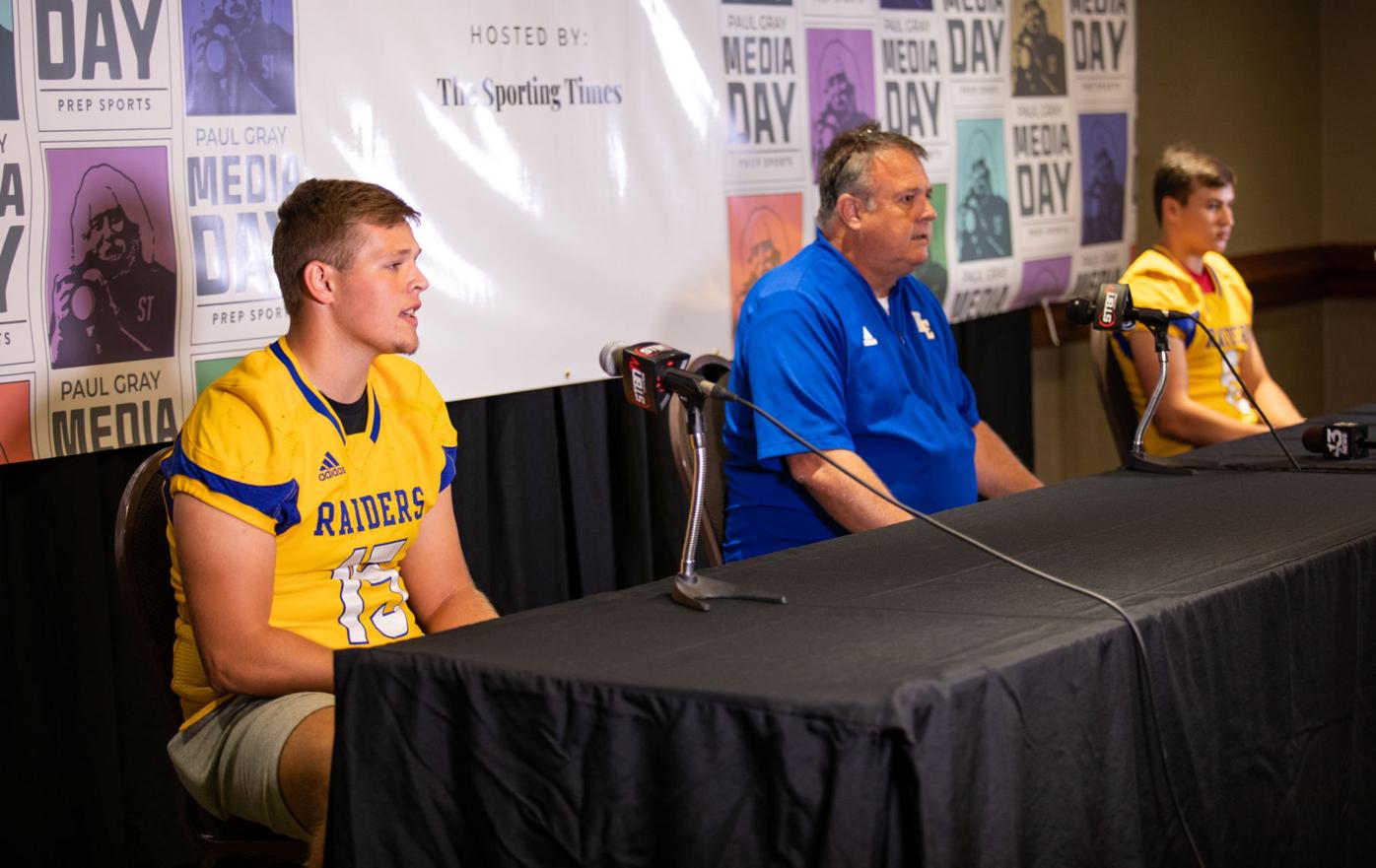 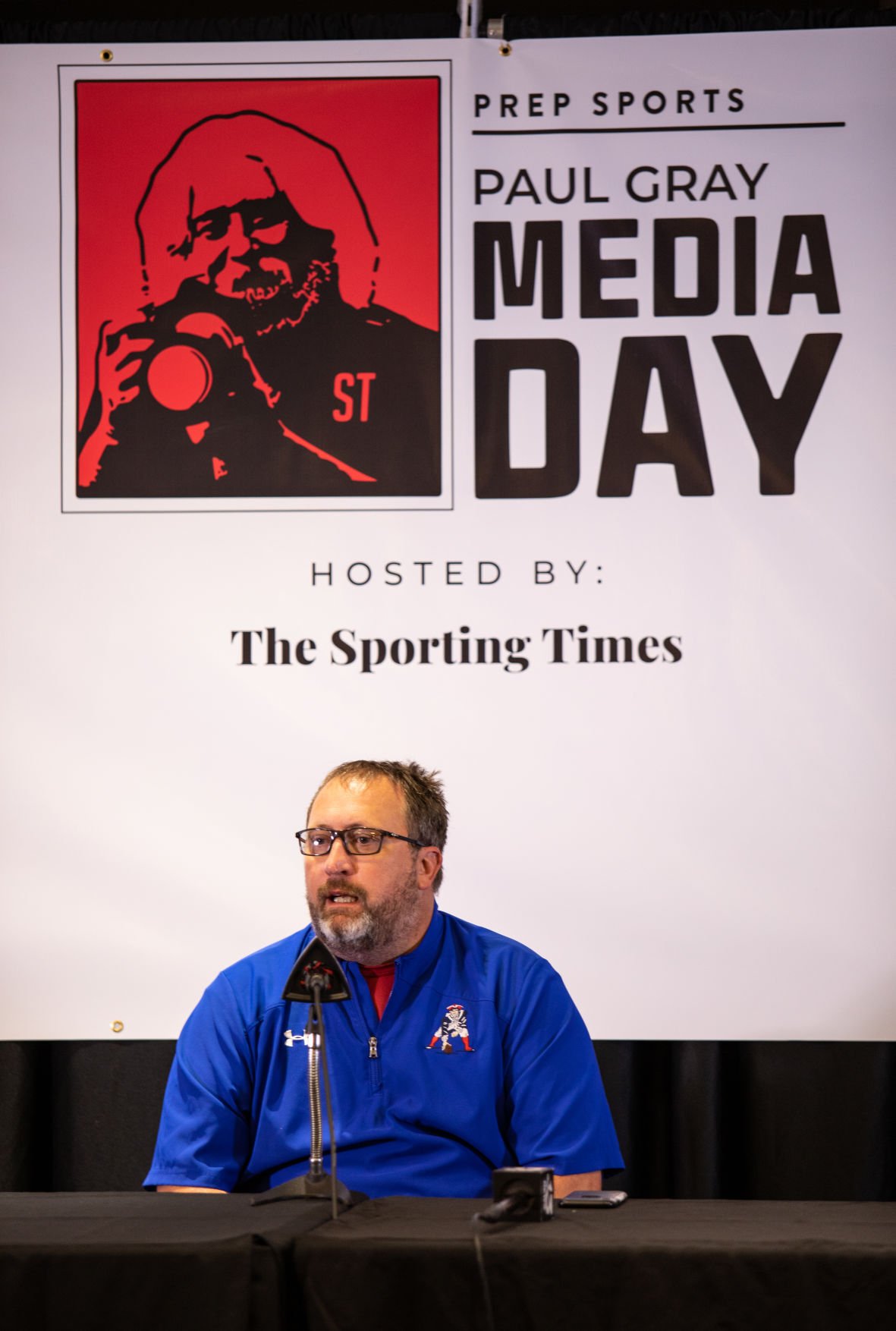 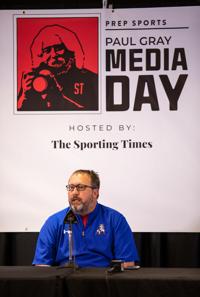 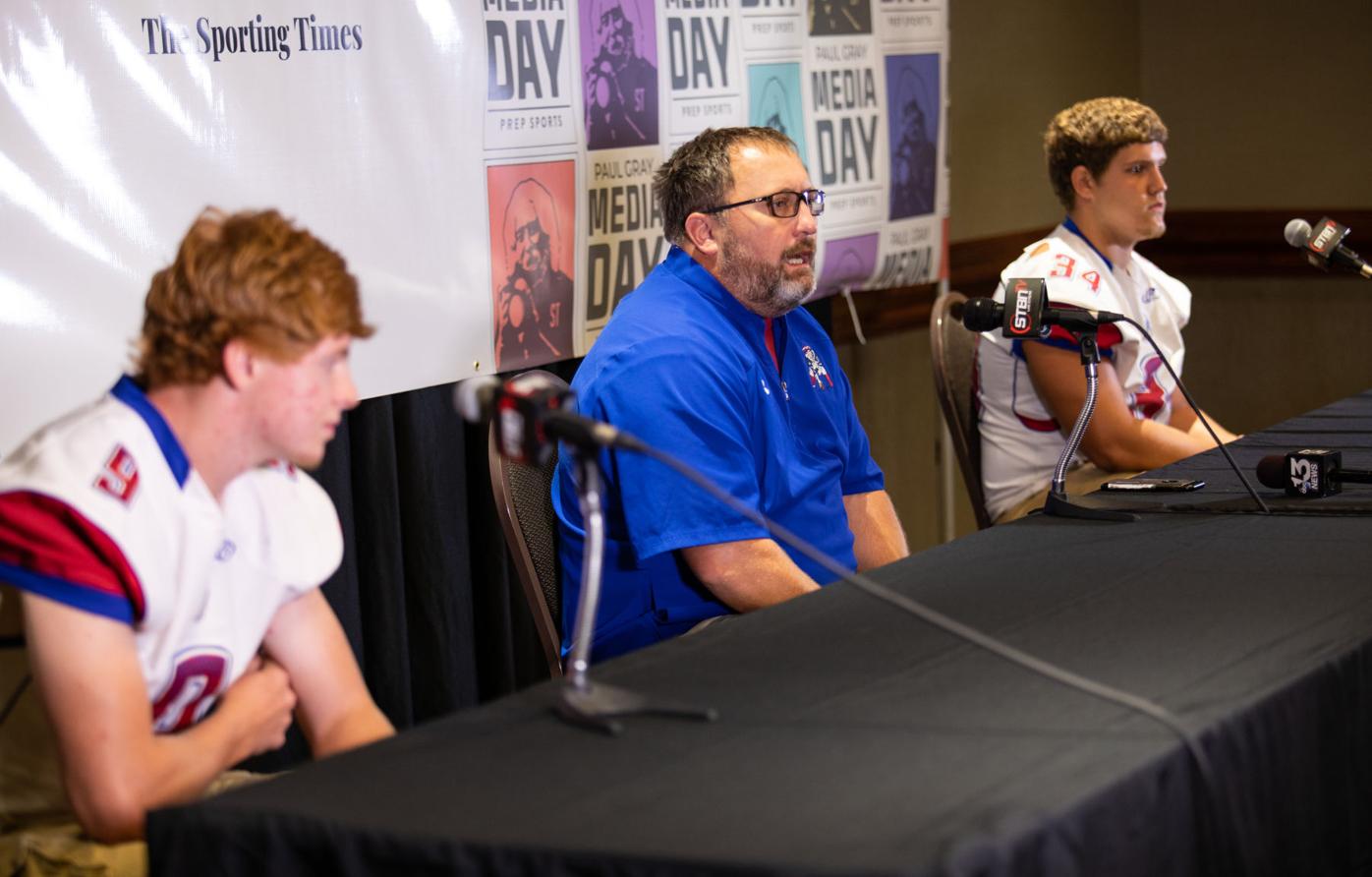 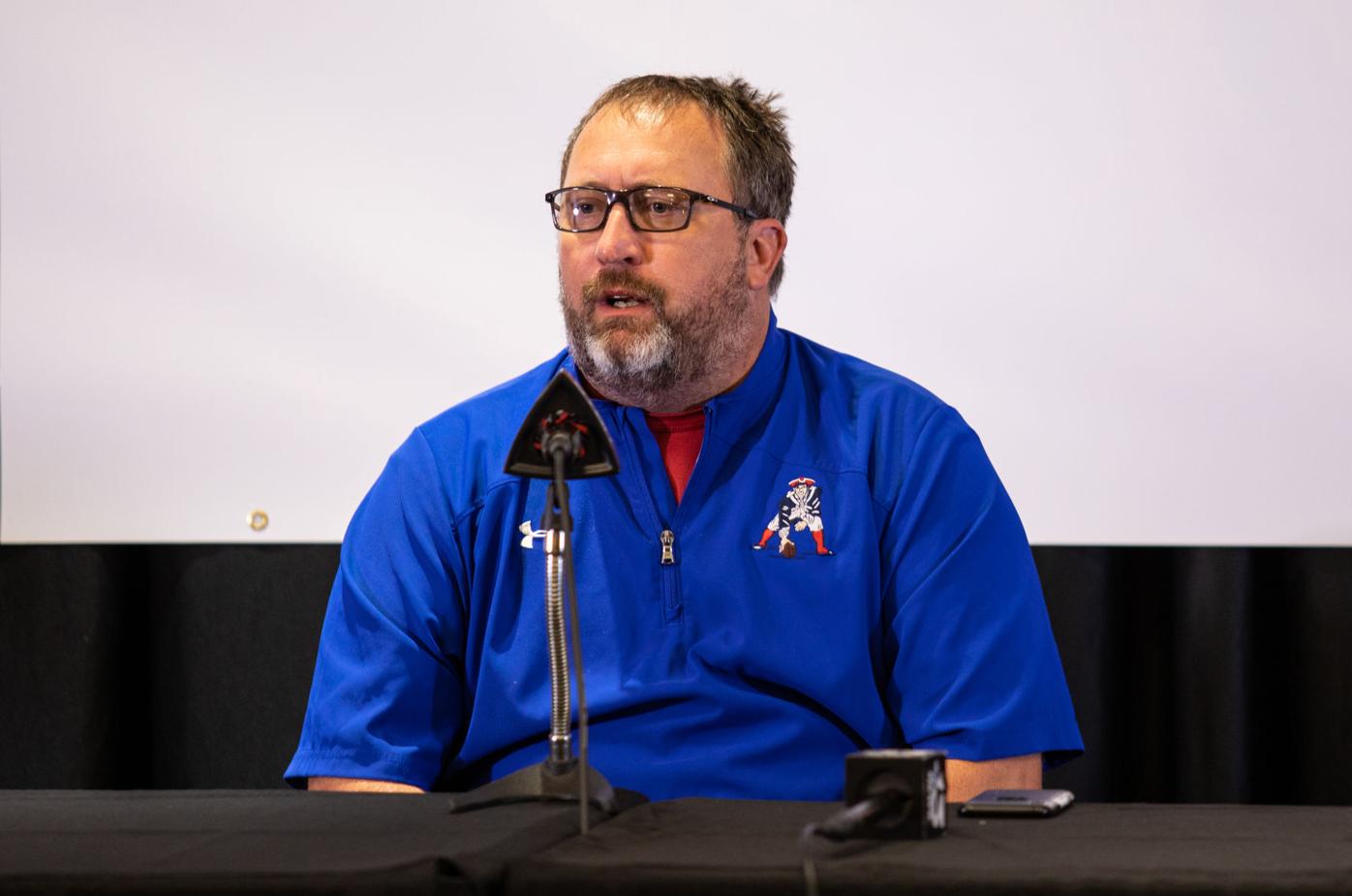 Warren East football coach Jeff Griffith talks about his team and the 2020 season amid the coronavirus pandemic at the 2020 Paul Gray Prep Sports Football Media Day on Saturday at the Holiday Inn University Plaza.

There was plenty of hope during Saturday’s media day for area prep football teams.

The hope of a new season and a chance to win a championship was present as usual, but this year’s event included the added hope of something that would have been a foregone conclusion in every year prior to this one – the hope of actually playing.

With the coronavirus pandemic still an issue, players and coaches are hopeful that guidelines set forth can help them navigate through a season that is scheduled to begin Sept. 11, with the first day players can put on pads Aug. 24.

Those dates will be revisited when the KHSAA board meets Thursday. And while they could delay the start of the season, or worse, South Warren coach Brandon Smith said he remains positive about the prospects of high school football in 2020.

“I think it is one of those things where if you try it and it doesn’t work, you live with it,” Smith said. “If you don’t try, that is harder to live with. I have a positive feeling about it. Hopefully we at least give it a shot.”

Several players have already experienced the loss of spring seasons including Logan County’s Zach Yates, who saw baseball season canceled in the spring.

“Whenever they told us at first that the season was going to be delayed, we were like, ‘OK. We will end up playing some time in April,’ ” Yates said. “When it got canceled, I lost that last year with a few guys I played with since I was knee high. That was bad. I am just trying to tell everybody that you need to take everything we are doing right now and hold it tight. You never know when they could just tell us that it is done.”

Warren East’s Nolan Ford said the experience of having baseball canceled in the spring has motivated him to stress the importance of maintaining proper health and safety protocols to his teammates.

“I know what it was like (to miss a season), even though it was just my junior year,” Ford said. “It sucked seeing the seniors go through it already. I don’t need that to happen to us, to all of the seniors.”

Greenwood coach William Howard is experiencing the effects of the pandemic on two fronts – as a coach and as the parent of a senior athlete with his daughter Katie a member of the Lady Gators volleyball team.

“It does hit home a little more when you have one at your house that is expecting to have her senior year,” Howard said. “There are inherent risks with playing athletics that I think everybody knows about. This is just another risk added on top of it.

“You don’t want to be the one responsible for somebody getting injured in any way as a coach, but you know as a parent there are risks involved and you know the rewards well outweigh the risks in any situation.”

Howard added he remains hopeful that these seniors will get the chance to have a season.

“We can’t control if (the season) doesn’t happen, but what we can control is if we show up at Glasgow September 11th ready to play,” Hood said. “Whether we get three days or three weeks … it’s on us to be ready. That’s the focus we have taken.”

Bowling Green coach Mark Spader said whatever lies ahead, making sure everyone remains safe and adapting on the fly remains important.

“We keep telling ourselves over and over what Julian Tackett keeps saying, ‘2020 is like no other. So let’s think outside the box and be flexible with what we are thinking,’” Spader said. “I think our kids’ safety is foremost, whether it be COVID or the safety of football.”{&end}