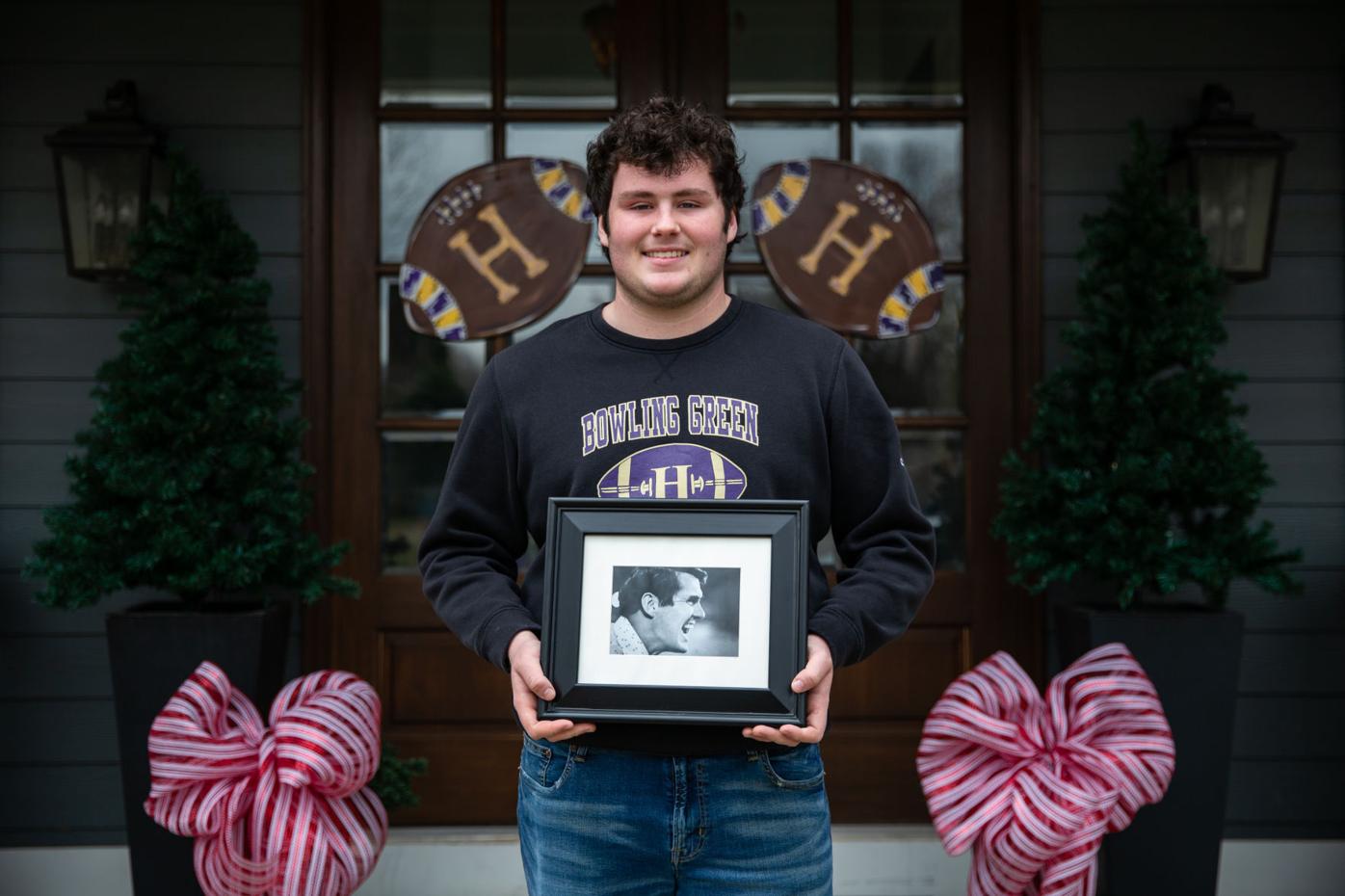 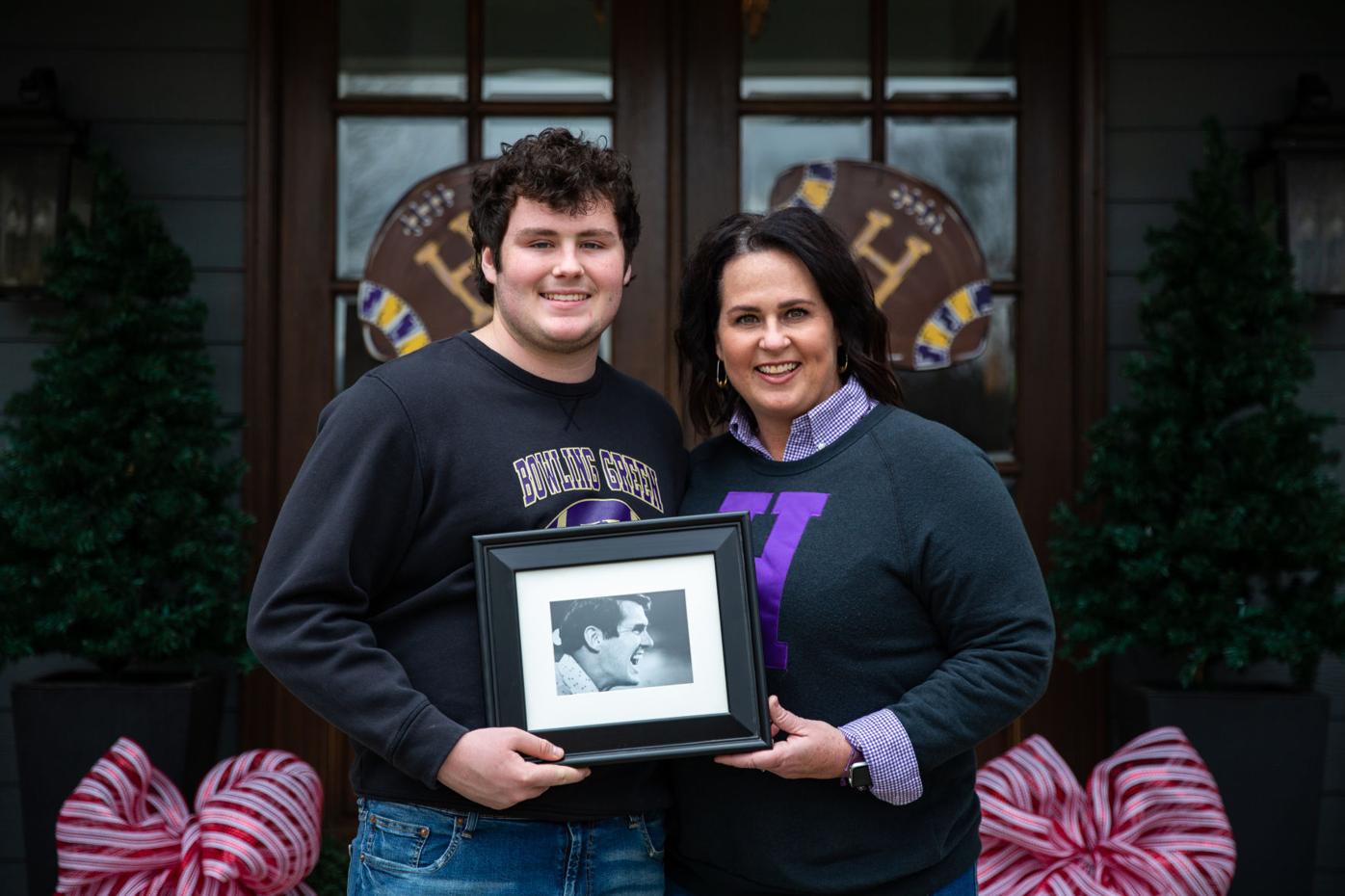 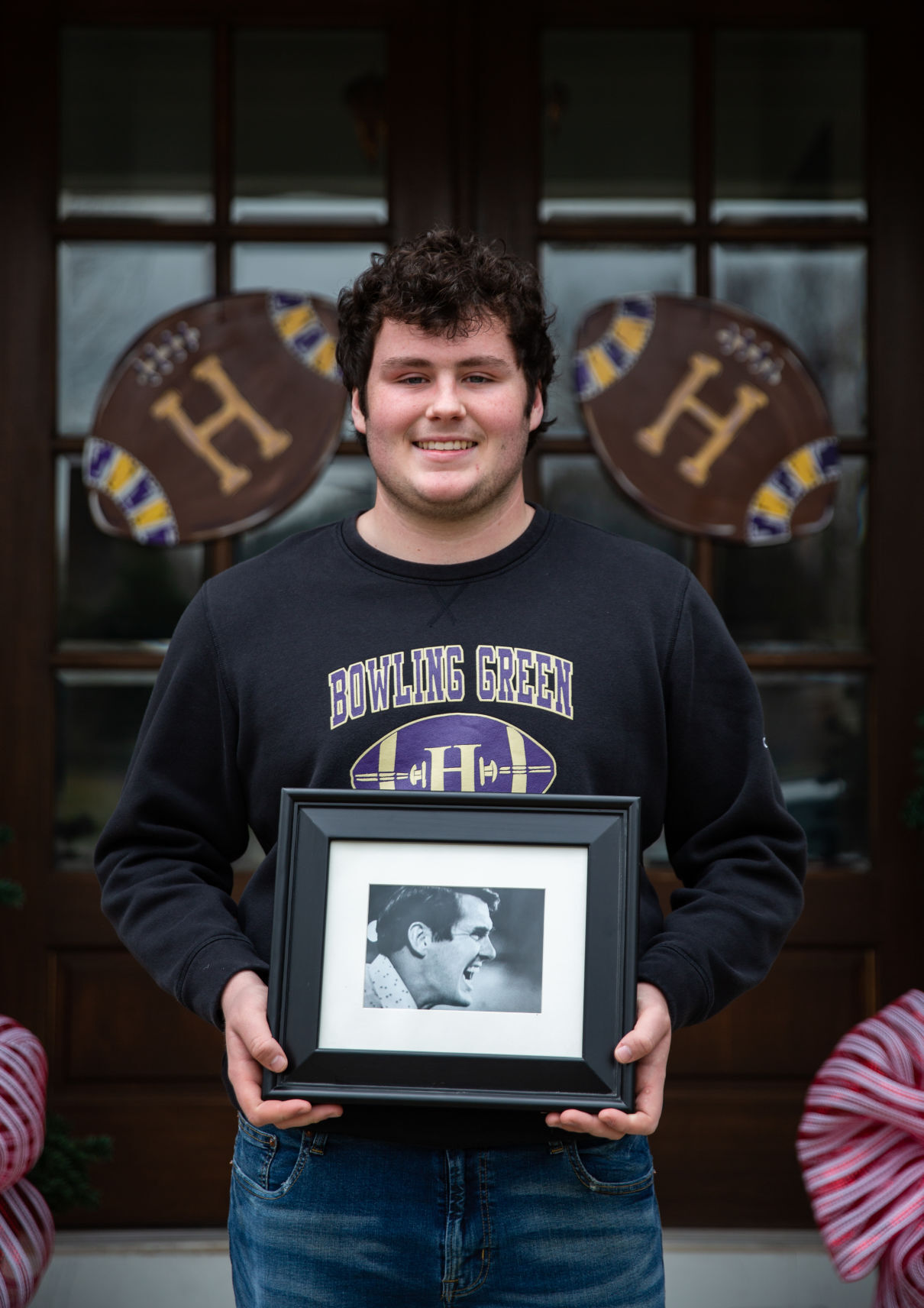 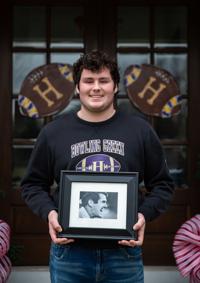 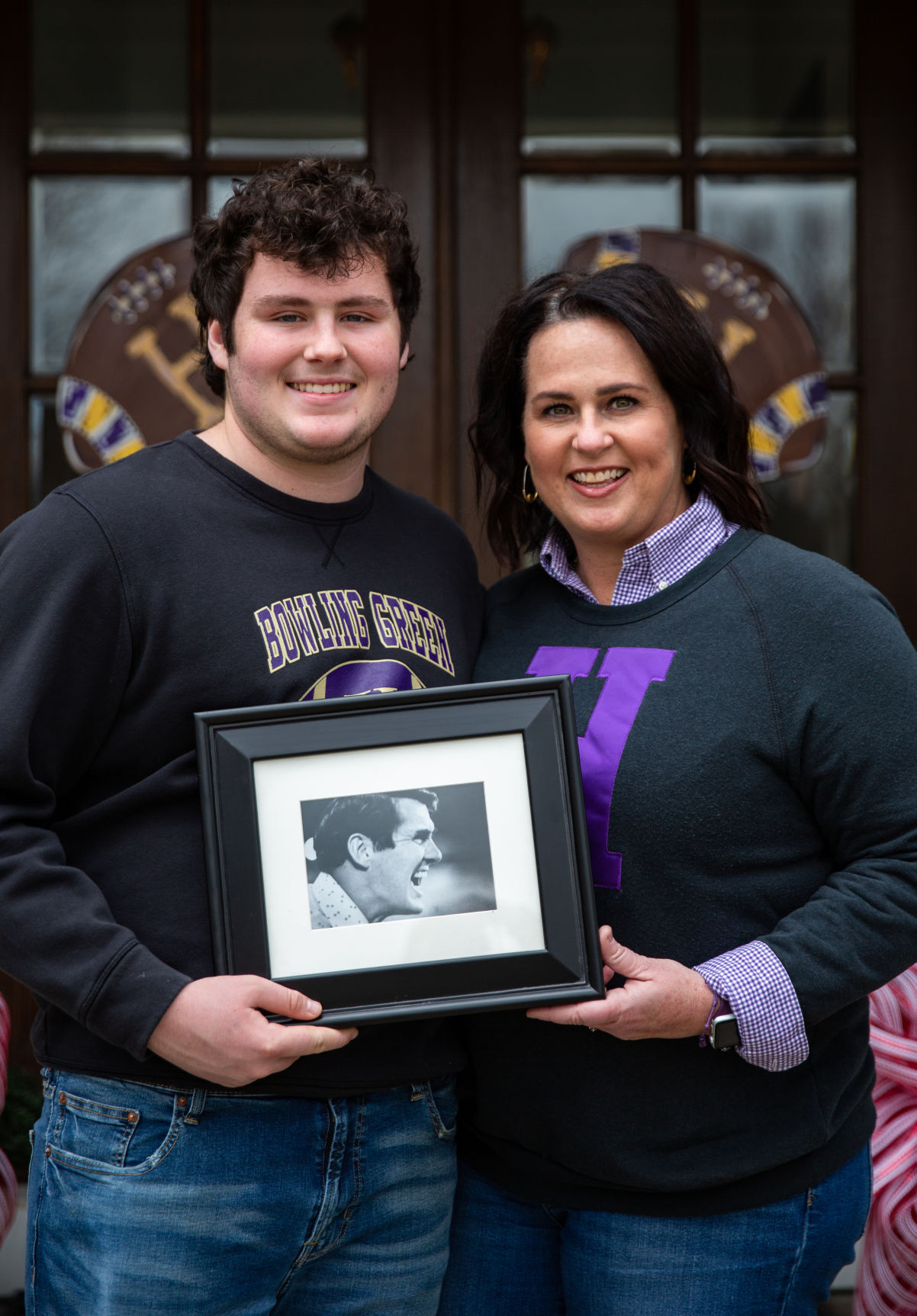 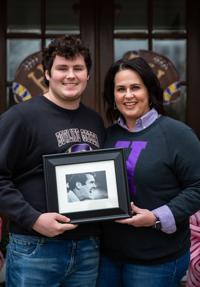 For Bowling Green senior offensive lineman Jackson Littlefield, Saturday’s Class 5A state final against Owensboro at Kroger Field in Lexington will have a little extra meaning.

Like the rest of the Purples’ senior class, it will be a chance to go out as a state champion, but for Littlefield it is a chance to cap his career against a program that has been a big part of his family.

Littlefield’s grandfather Gerald Poynter was head coach at Owensboro from 1965-76 and returned to coach again from 1988-1995. He never had a losing season, winning 152 games and guiding the Red Devils to the program’s first state title in 1974.

While Poynter passed away three years ago, Littlefield said his presence will be felt when he takes the field Saturday.

“By itself, a state championship is really special,” Littlefield said. “Throughout the four years I have been here I have been like, ‘Senior year we are making it to state. We are going to play (for a state title).’

“There is like a second level to it. I get to play against a program that is close to my heart, too. I went there a lot and hung out a lot with those Owensboro people. It’s a crazy way to go out. It just brings everything together. My grandfather was a big part of my football career. Bowling Green has been one of the most supportive programs I have ever seen. It’s all coming together in a really special moment.”

Littlefield’s memories of football with his grandfather date all the way back to when he began playing youth football. He said he started to realize when he was about 10 or 11 how much of an impact his grandfather had on the Owensboro program.

“I started meeting my grandma and grandpa’s friends and that was all they ever talked about – ‘Your grandfather is a great man. He coached a lot of really good teams,’ ” Littlefield said. “It started clicking in my head that he meant a lot to a lot of people. He was something special as a coach.”

Bowling Green coach Mark Spader remembered how much respect former Purples coach Dan Haley had for Poynter and made a point to talk to Poynter when attending youth football games his son was playing at the same time Littlefield played.

“What else are two football coaches gonna do but sit around and talk football?” Spader said. “He just turned out to be the kindest man, still with a great knowledge of football. He was a good man and he really enjoyed watching his grandson play.”

Littlefield’s mother, Leigh Anne Littlefield, said she doesn’t think her son realized his father’s true impact on the Owensboro program until 2014, when the Red Devils dedicated the fieldhouse in his honor during a ceremony.

“He knew my dad had a history with Owensboro football, but I don’t think he really got the legacy he had there until the fieldhouse was named (for him),” Leigh Anne Littlefield said. “I think that the first idea that this might be more than just he was a coach.”

Littlefield agreed that really drove home how much of an impact his grandfather had on the Owensboro program.

“That was the last straw,” Littlefield said. “It was like, ‘Dang, this whole community has rallied around this one guy that they all admire and love.’ He obviously had a great career and affected so many people.”

Poynter’s health took a turn for the worse when Littlefield began playing middle school football. Littlefield’s mother said one of the last memories she has of her father attending games was Jackson’s middle school game at Rash Stadium. She has a picture of her father standing in the press box watching the game.

“I remember taking that picture and desperately wanting him to stay healthy through Jackson’s senior year,” Leigh Anne Littlefield said. “I wanted dad to be able to see Jackson on the football field and that obviously didn’t happen.”

Poynter passed away during Littlefield’s freshman season, the same day Littlefield and his teammates were set to play Owensboro at El Donaldson Stadium in a freshman game.

Bowling Green had a moment of silence in Poynter’s honor before game and all the players put the initials GP on tape on their wrists to honor Littlefield’s grandfather.

“It really hurt,” Littlefield said. “It was like I finally get to be a part of this program that I have been looking forward to for my entire life and the day we are playing his old team and he passes away.

“I was sitting there thinking, ‘Why does it have to be today? Why couldn’t it have been any other day?’ Then that moment of silence, I knew it was meant to be.”

Spader – working the clock for that game – suggested the moment of silence.

“I just felt like it was an appropriate thing to do,” Spader said. “What better place to honor him than on a football field?”

After his grandfather passed, Littlefield changed his number to 74 – the year Owensboro won the state title – to honor his grandfather and keep him close to his heart when he plays. He said he thinks about him before every game.

Leigh Anne Littlefield said she has thought about what this weekend would have meant to her dad a lot this week.

“Everything about dad missing Jackson’s entire varsity career, this has made it all come together and I know how thrilled dad would be,” Leigh Anne Littlefield said. “He would be over the moon for Owensboro to be in the state finals and for Jackson to be there, too.”

Littlefield, who has opted not to pursue football once he heads to college, said he really can’t think of a better way to end his career on the gridiron.

“It’s hard to put into words, but he has always been there and he always will be there, but this is the last time for our connection through football,” Littlefield said. “It’s crazy to think about what he would say and what he would do, and just put it all out there on the field and go out with a bang.”{&end}