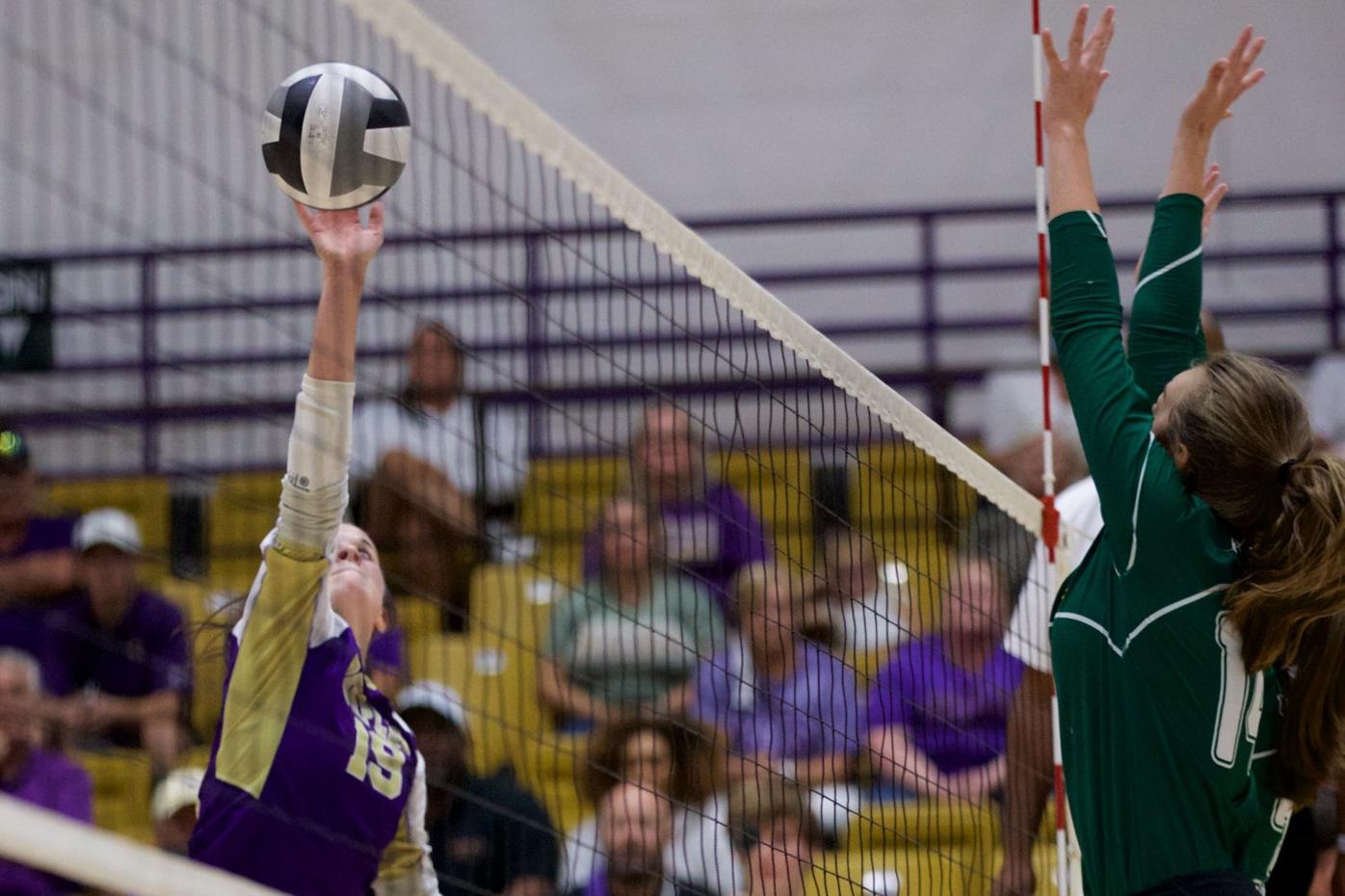 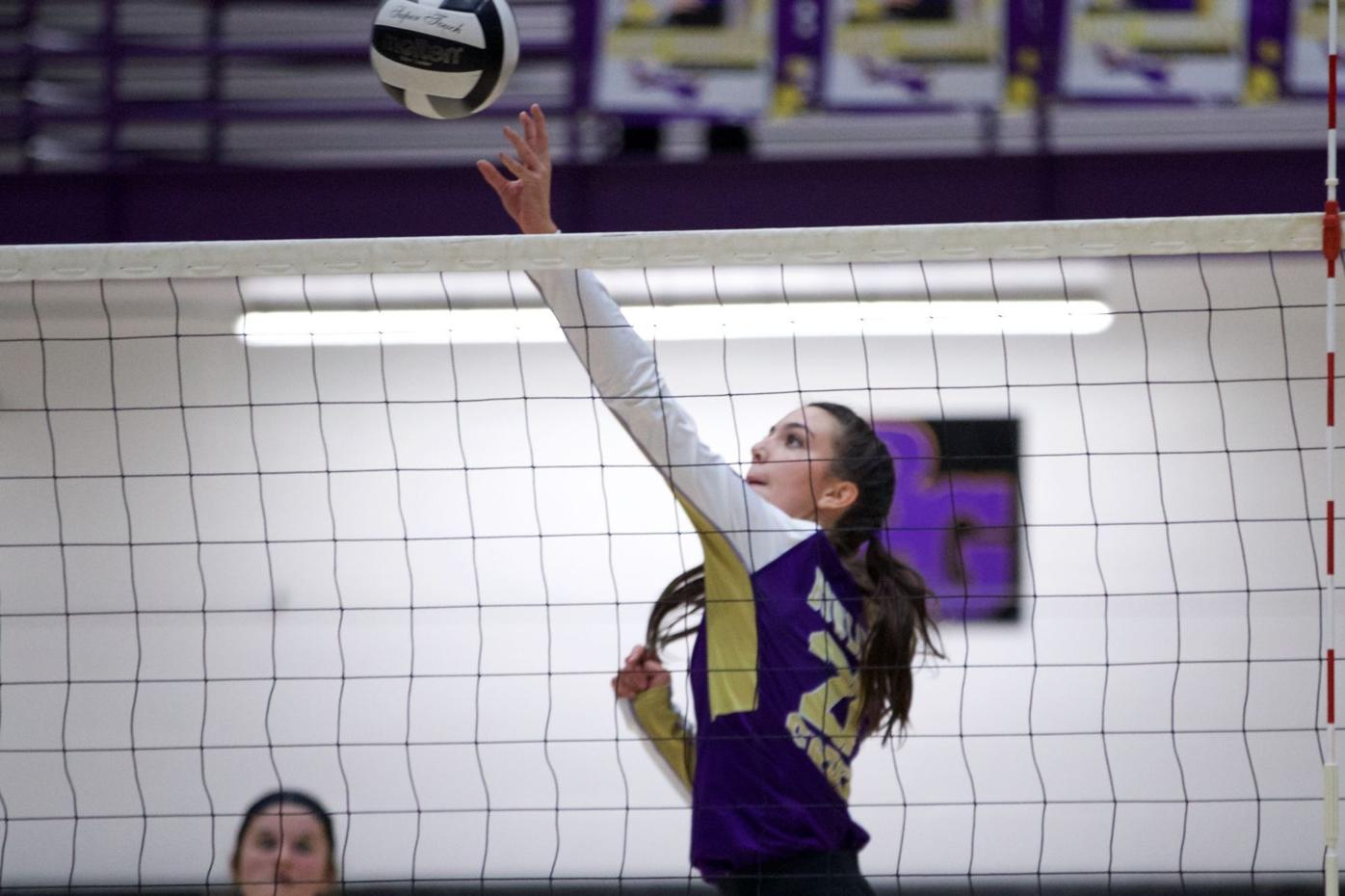 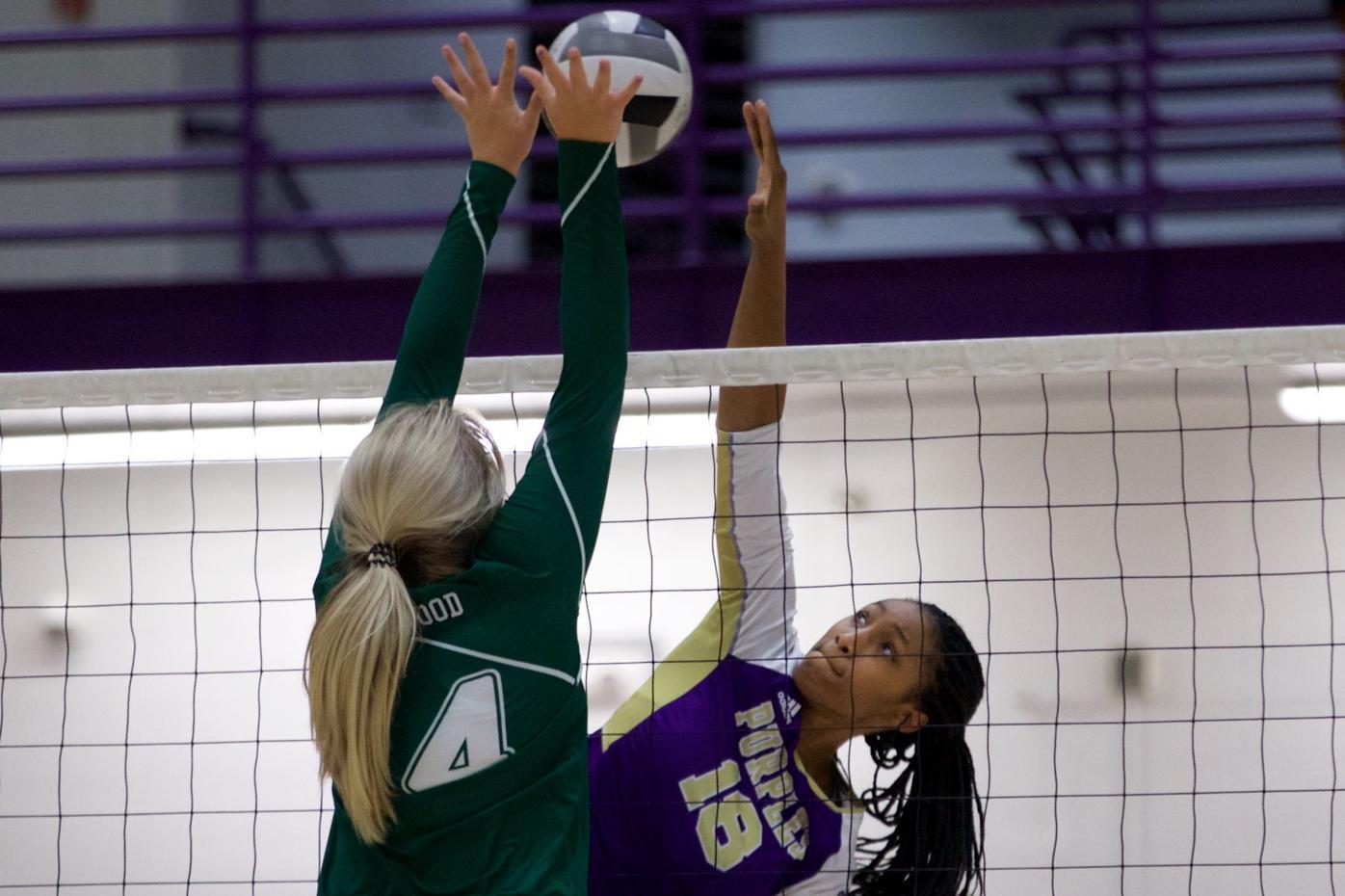 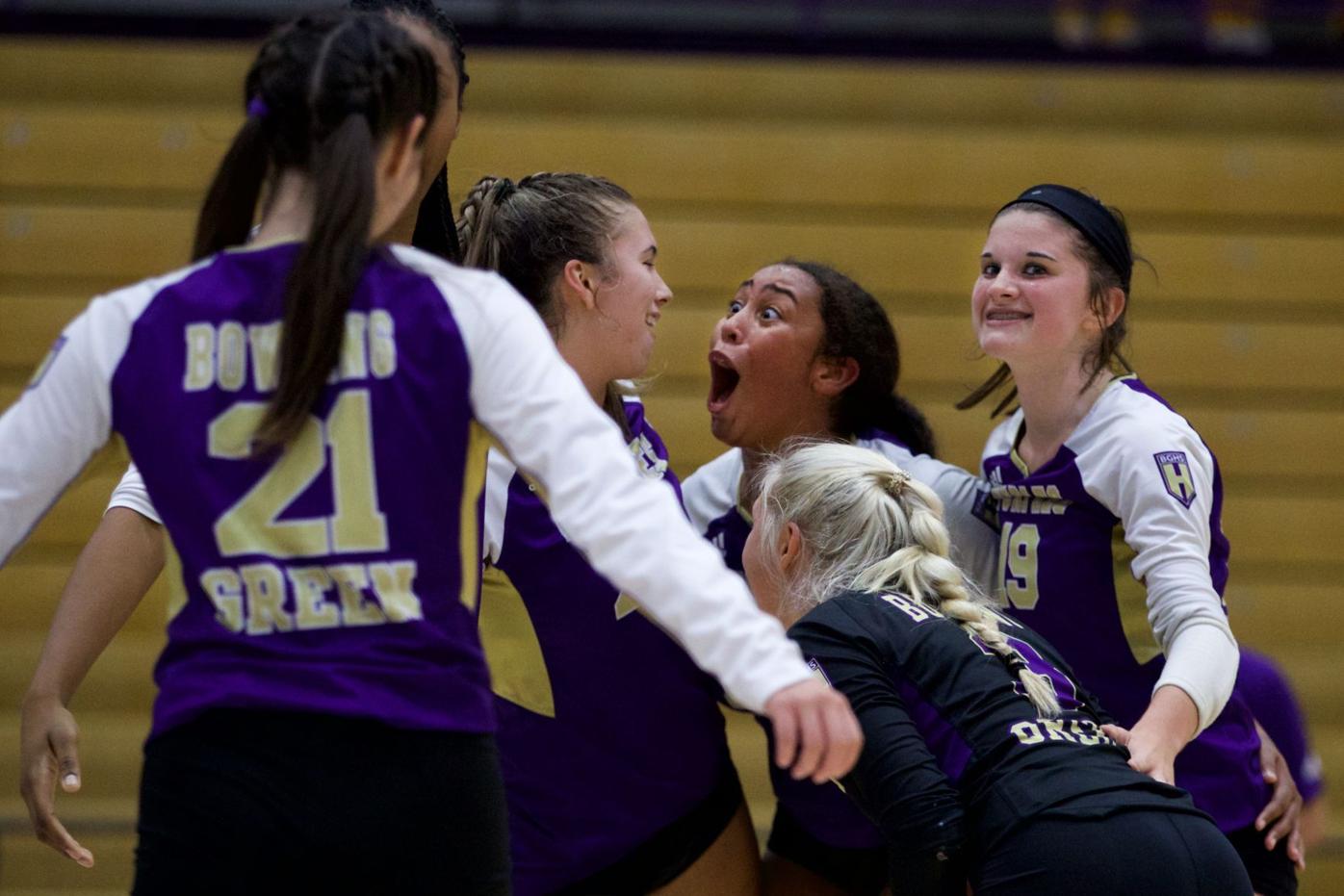 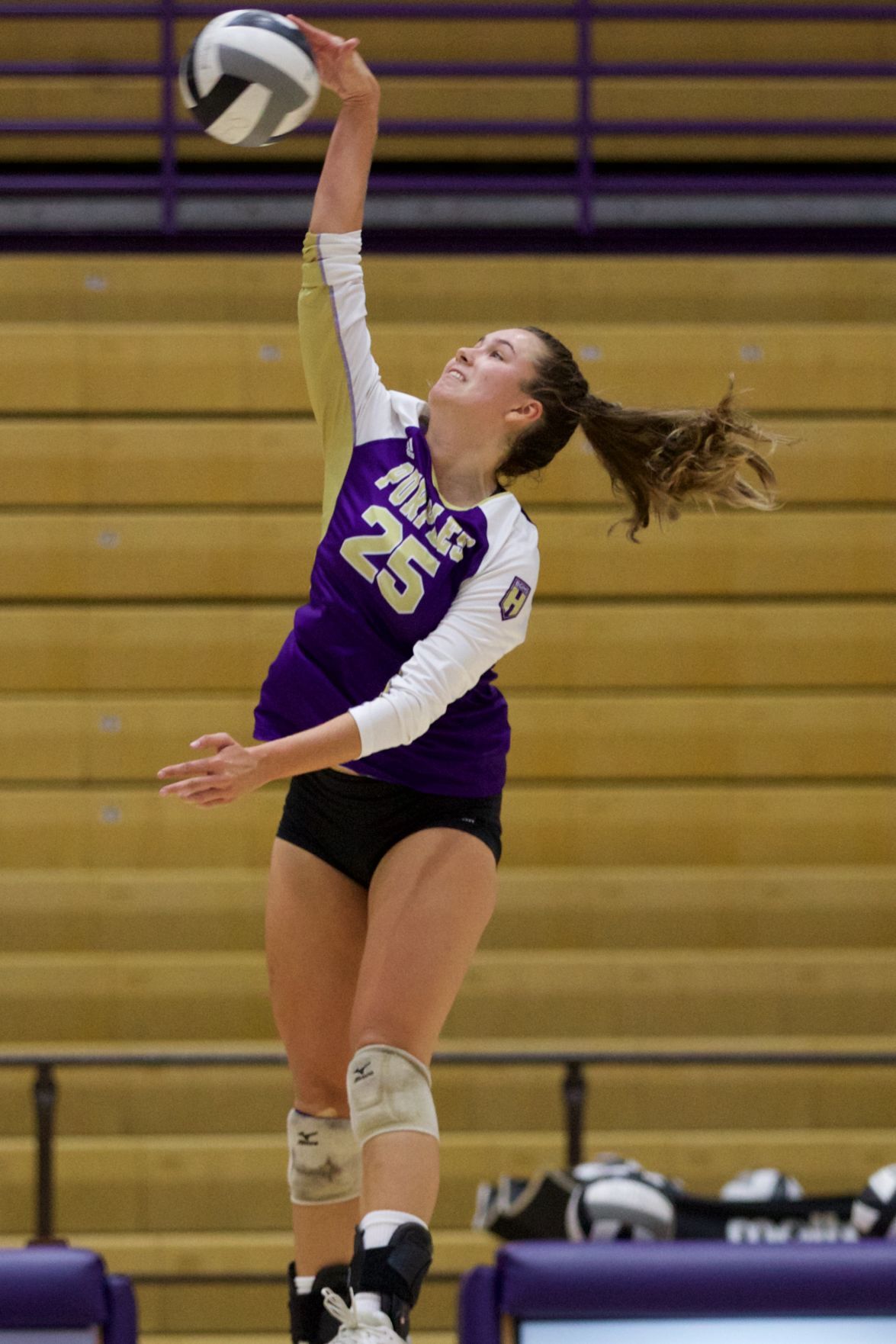 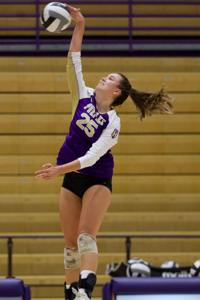 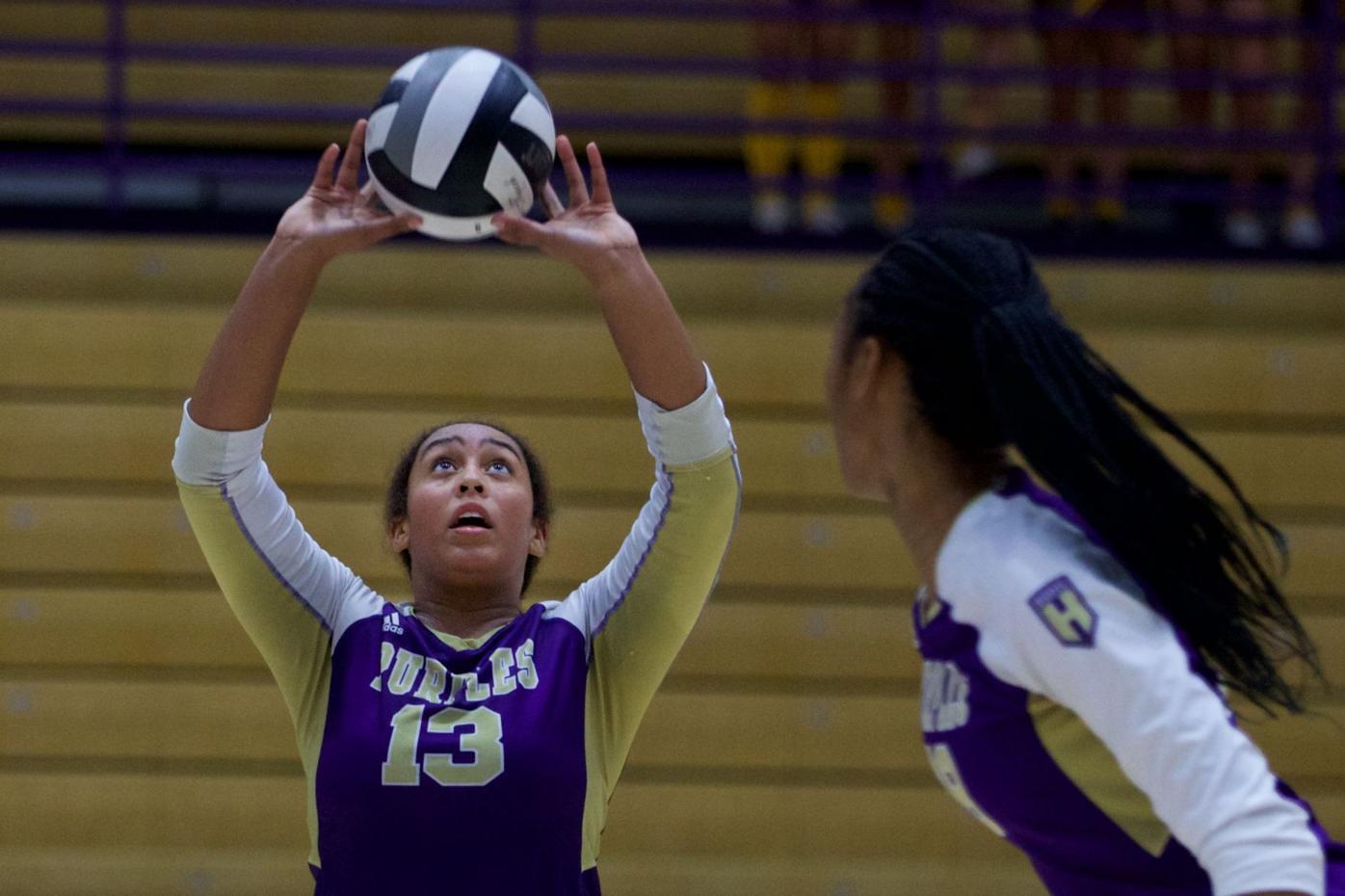 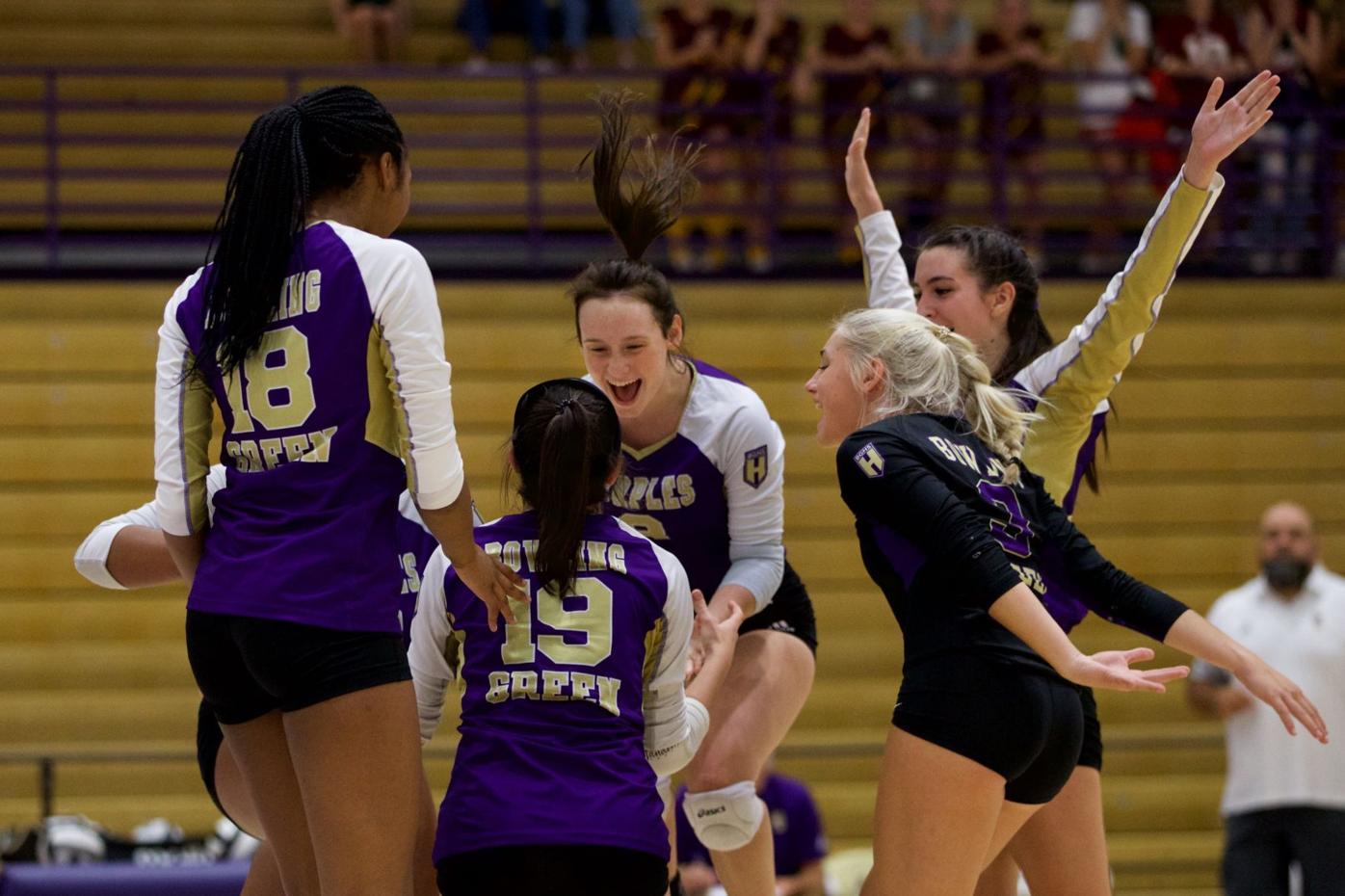 Bowling Green celebrates after a point during the Lady Purples’ 3-0 volleyball win over visiting Greenwood on Tuesday.

Bowling Green celebrates after a point during the Lady Purples’ 3-0 volleyball win over visiting Greenwood on Tuesday.

Bowling Green (5-1 overall, 2-0 District 14) dominated the first two sets and held off a late charge by Greenwood in the third set to earn the win in a rematch of last year’s Region 4 championship game. It was Bowling Green’s first win over Greenwood since 2015 and the Lady Gators’ first loss to a district opponent since losing the Region 4 final to South Warren in 2017.

“I’m very pleased,” Bowling Green coach Tim Sharp said. “My kids have been working very hard. It’s always been a stigma that we’ve had – South Warren and Greenwood. We got over South Warren last year. This was a good step for us here, but it is still early. There is still a whole lot of volleyball to be played and a lot of growth to try to achieve. But for right now, I was very, very proud of their effort.”

Bowling Green got off to a strong start, using a 10-0 run to build an 11-1 lead in the first set and cruising from there – with Greenwood unable to get closer than nine points the rest of the way.

Greenwood (0-1, 0-1) started the second set with an ace from Emma Loiars, but Bowling Green scored four of the next five points to regain the lead for good.

The Lady Purples continued to pull away in the second set with strong play at the net. Lily-Kate Carver had five kills in the set, while Charli Hodges and Elizabeth Maglinger had four kills each.

“I think the kids just had the mindset tonight to just lay it all on the line and play as hard as they could and see what happened,” Sharp said.

Bowling Green jumped out to a 5-1 lead in the third set and led by as many as six points before Greenwood rallied to tie the set 14-all. The teams exchanged the next four points before Bowling Green scored four straight to surge ahead 20-16.

Greenwood tried to rally again, getting within 24-22 before Carver’s kill clinched the match.

“We just didn’t come out really strong and they came out really excited,” Greenwood coach Allen Whittinghill said. “They had a good crowd. It was a fun atmosphere. I just told the girls this is why you practice and play. We just looked flat and it took us a while to get out of it. It was a good match and a lot of fun.”

“I think this helped build our confidence a lot,” Carver said. “We were really down after our loss last season in the region finals and district finals, but today we really built up our confidence. Before we came into this match, coach looked at us and said, ‘No matter what is written on their jerseys, they are just another group of volleyball girls. You play your game and play your hardest.’ ”

Aubrey Packer led Greenwood with eight kills, while Loiars and Olivia Overmohle had seven kills each.