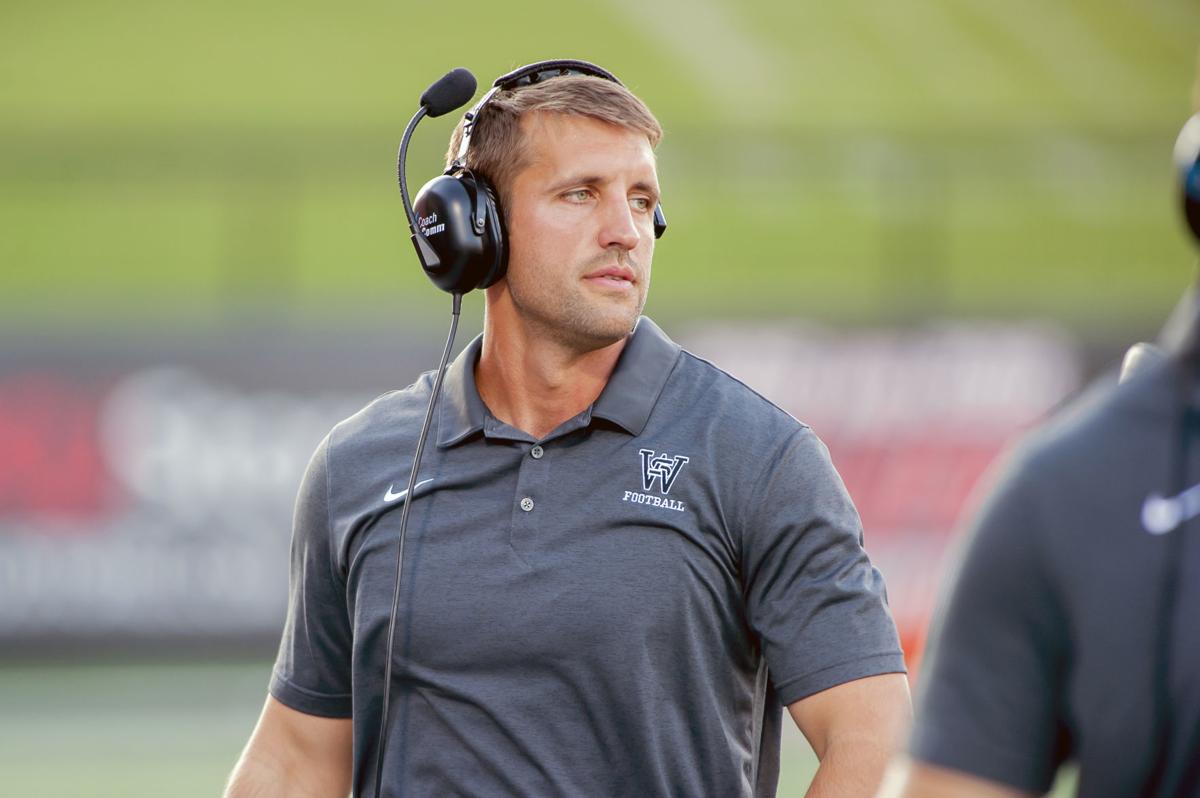 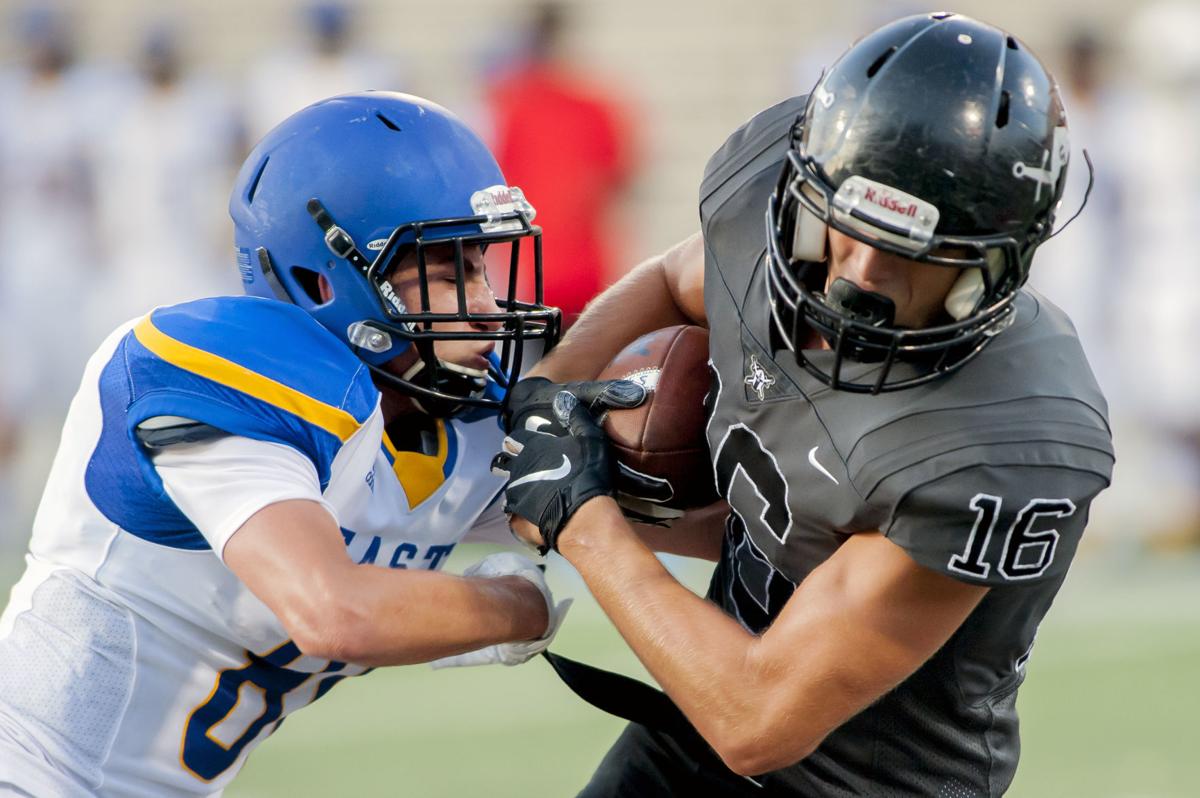 A couple of Kentucky’s reigning high school football champions will meet Friday, but the 2019 seasons have started in opposite directions for the two of them.

Defending Class 4A champion Franklin-Simpson will look for its first win when it takes on South Warren, the defending 5A champion, Friday at Spartan Stadium.

“Our kids have played hard both games we’ve had,” Franklin-Simpson coach Doug Preston said. “It looks like, on film, they play extremely hard like always, so we expect that’s what you’d see.”

The Wildcats enter the contest at 0-2 after a 28-14 opening loss to Greenwood and a 26-21 defeat to Meade County. It’s Franklin-Simpson’s first 0-2 start since 2013. The Wildcats lost three of their first five games in 2017 before going on to win a state title.

“We try to approach it the same way year after year, day after day, and we don’t talk a lot about winning the games. We talk about improvement and execution and that’s what we focus on,” Preston said. “Of course you want to win. Everybody knows that’s why you want to do this, but we tend to try to be consistent with our approach whether we’re winning or losing.”

Things have started a little differently for South Warren. The Spartans opened the season with wins over Butler and Warren East and are currently on a 17-game winning streak that’s tied for the best in the state with Christian Academy-Louisville.

“I thought last week we looked more immature and young last week than I did the first week, which is kind of disappointing,” South Warren coach Brandon Smith said. “We had a lot more penalties, a lot more missed assignments, but this week we’ve had a really good week in practice and I guess that’s another sign of an immature team, is a struggle to put back-to-back weeks together continuously because that’s a focus thing and that’s a maturity thing.

“I think we’ve grown this week. We’ll find out tomorrow night, but I feel like we’ve improved.”

Both of the Spartans’ games this year were played at Western Kentucky’s Houchens-Smith Stadium. South Warren hasn’t lost a regular season home game since Oct. 4, 2012, and is excited to return to Spartan Stadium.

“This week has felt like the first normal week we’ve had,” Smith said. “We’re playing our normal Friday 7 o’clock game. We’ve been playing at different times, but to get back home and play in our home stadium in front of our home crowd makes it feel like it has finally started again.”

Of Franklin-Simpson’s six losses since the start of the 2017 season, only one was on the road – a 36-7 defeat to South Warren.

“We take pride in just playing the game and trying to play it to the best of our ability,” Preston said. “We don’t really emphasize home-field advantage to our kids as much because we know we’ve got to play on the road too. It is an advantage, of course, when you have a big crowd and all that kind of stuff, but we just try to stay very even-keeled with all of that stuff.”

South Warren’s offense has been led by first-year quarterback Caden Veltkamp in the first two games. The sophomore has completed 26 passes for 351 yards and seven touchdowns. He picked up an offer from Western Kentucky – his first Division I offer – following his performances at Houchens-Smith Stadium.

Kobe Martin has led the ground attack, and Smith knows Franklin-Simpson’s run defense is typically tough to crack. Martin has rushed for 207 yards and two touchdowns on 35 attempts.

“Franklin’s typically known for their defense and they’re a really downhill, aggressive defense. Their defensive line is always really solid and they’re always technically sound, so that’s something that’s going to be a little bit different than what we’ve seen the last couple of weeks,” Smith said. “I think this is going to be a really good gauge to see if we can truly run the ball against this style of defense.”

Franklin-Simpson’s offense has come mainly on the ground and is led by Leandre Stutzman, who has rushed for 143 yards and a touchdown on 22 attempts.

Sophomore quarterback Luke Richardson completed six passes for 90 yards in last week’s loss to Meade County, after completing three passes for 31 yards against Greenwood, with two of those completions coming late as the Wildcats tried mounting a comeback.

“That’s our goal, to develop our quarterback and we’ve got a young quarterback, of course, to try to be a little more balanced, but we’re going to do what we we do and it’s been pretty successful over the years so we’re not going to try to change what we do,” Preston said. “We would like to throw it more than a couple times a game anyway.”

South Warren leads the series between the two teams 4-2 and has won back-to-back meetings.

Kickoff is scheduled for 7 p.m.{&end}