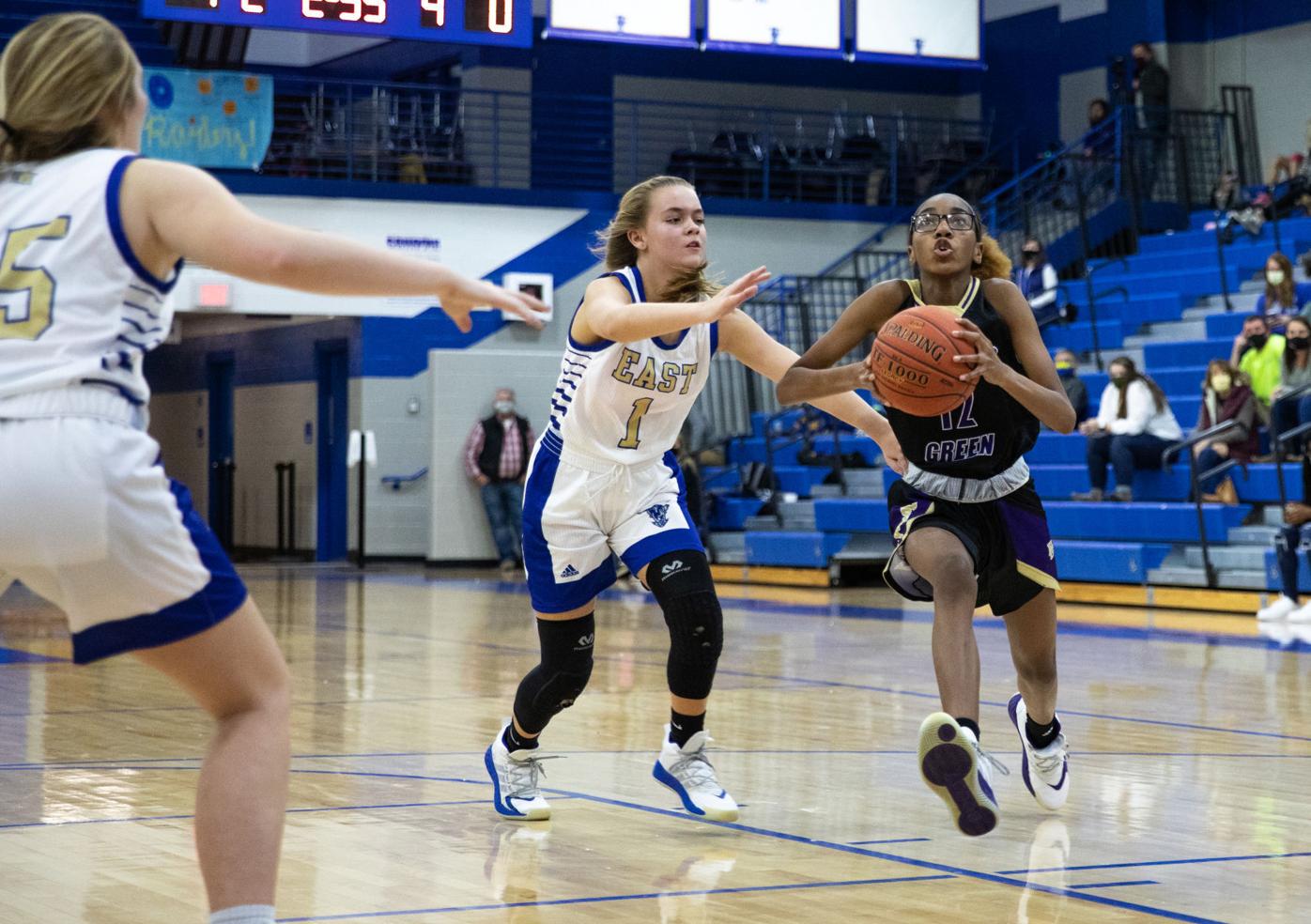 Bowling Green’s JaSiyah Franklin (right) pushes past Warren East’s Reagan Lawson to line up for a shot during the Lady Purples’ 61-39 win Wednesday at Warren East. For more photos and video, visit bgdailynews.com. 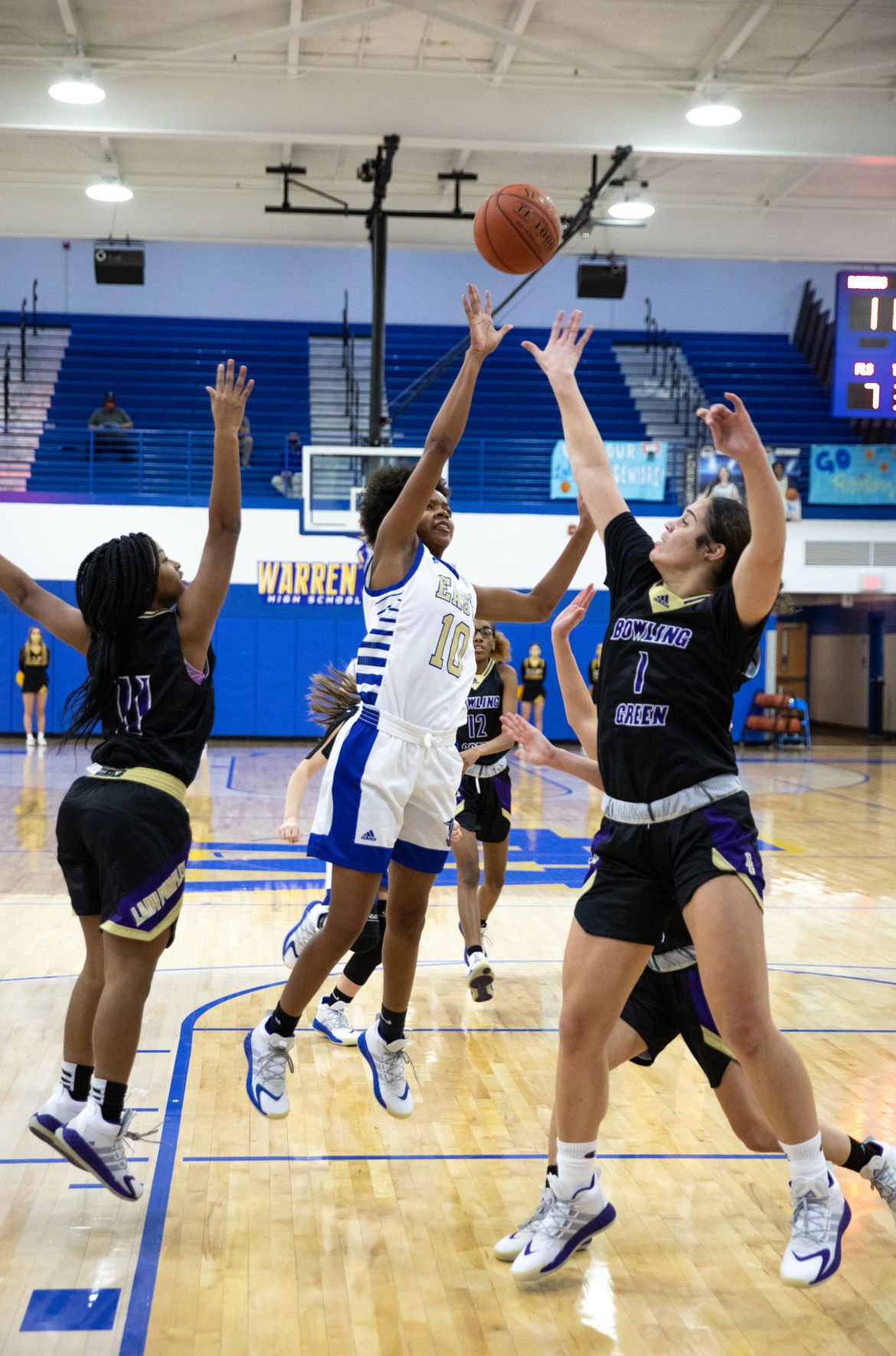 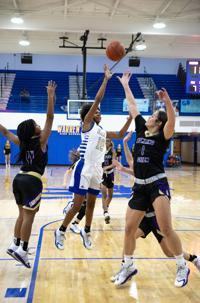 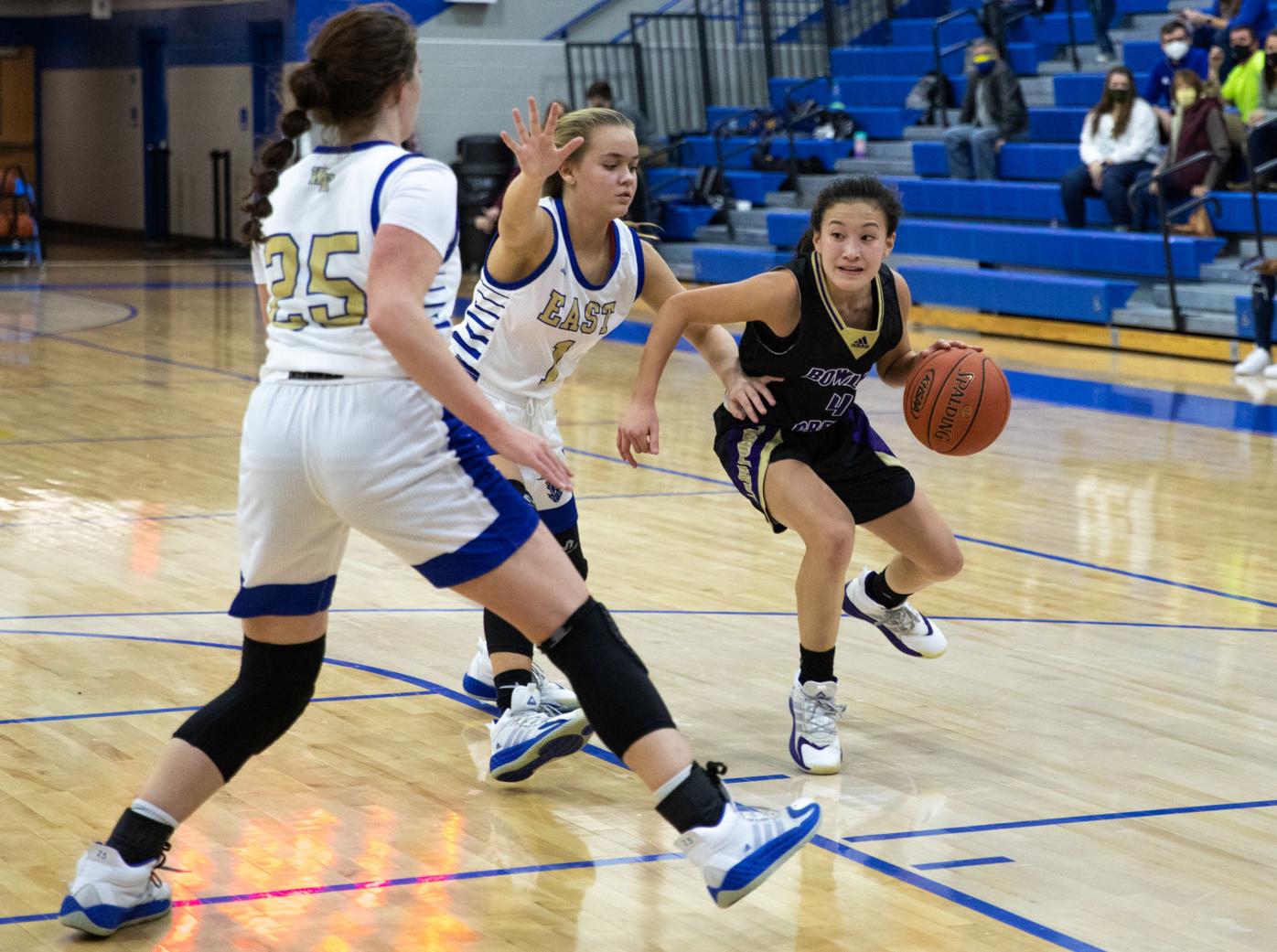 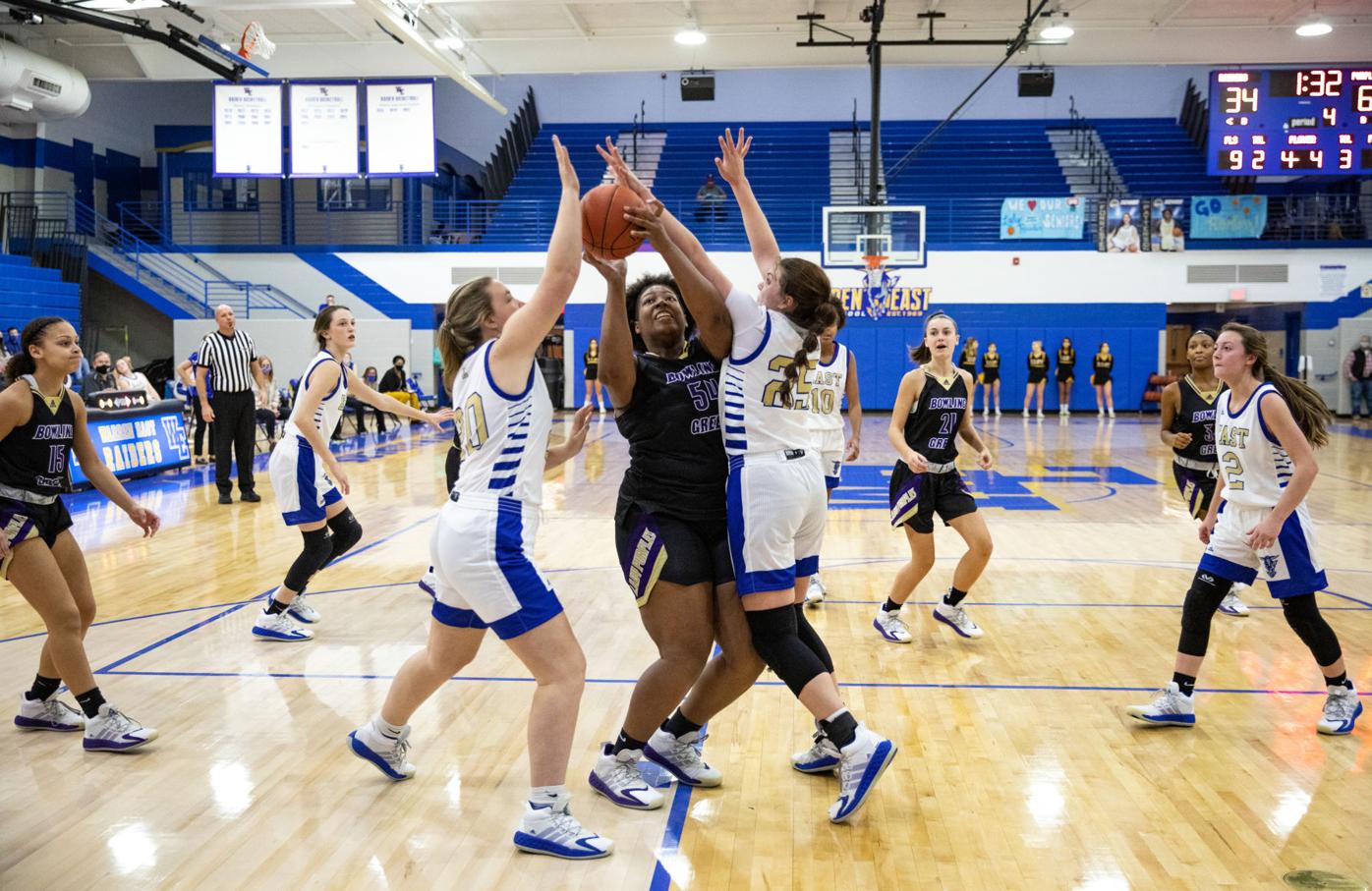 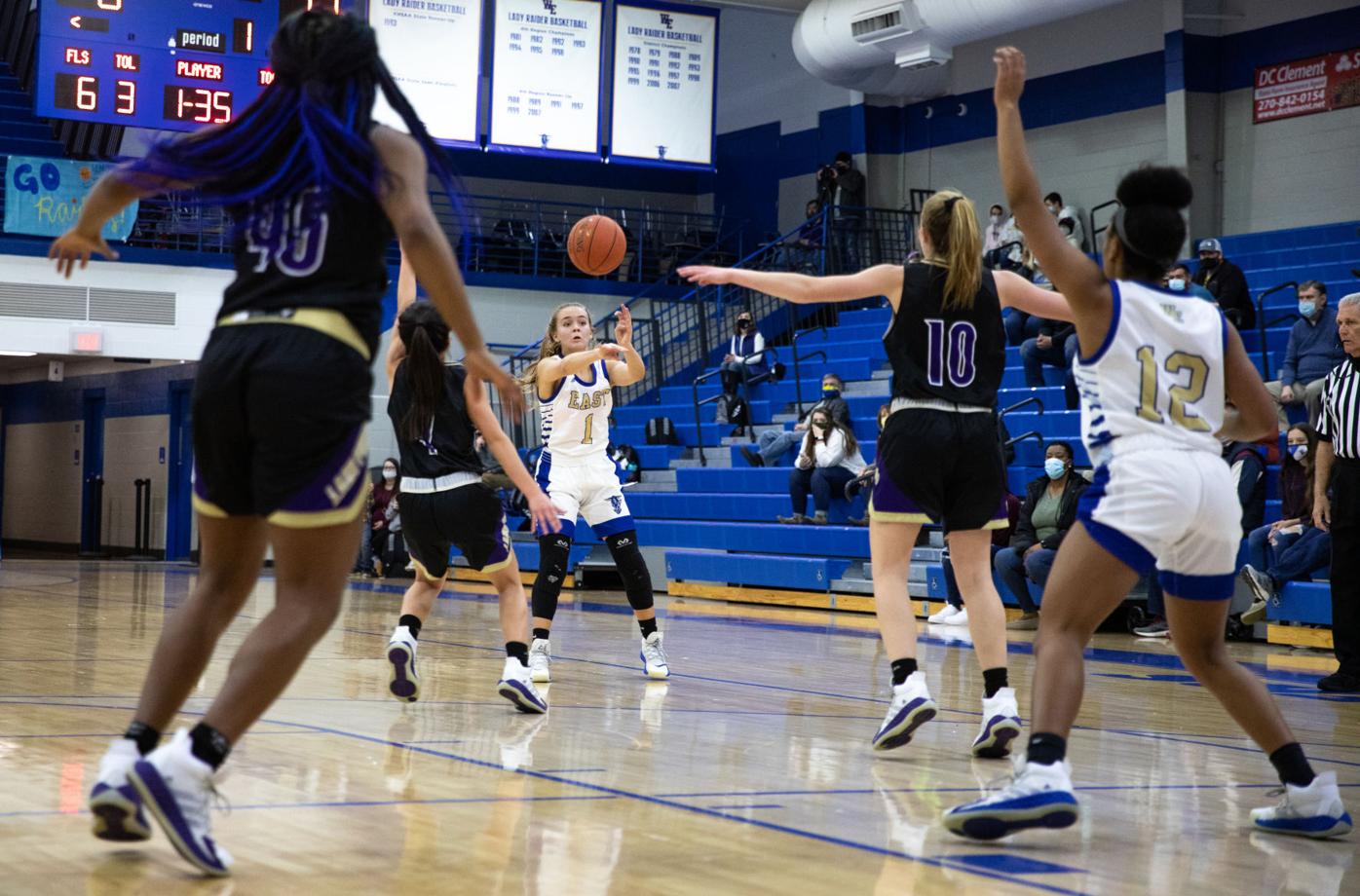 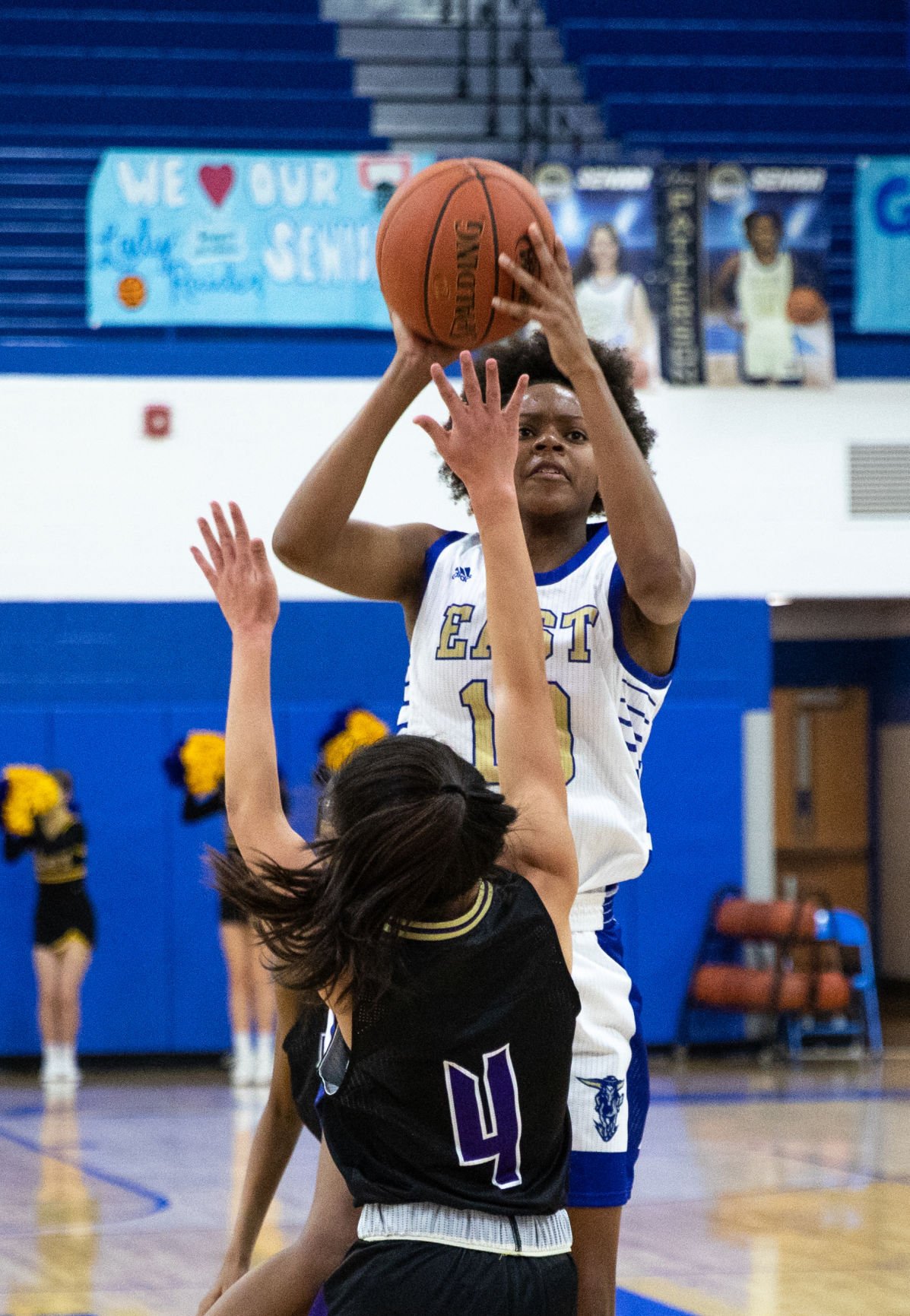 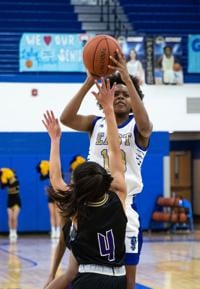 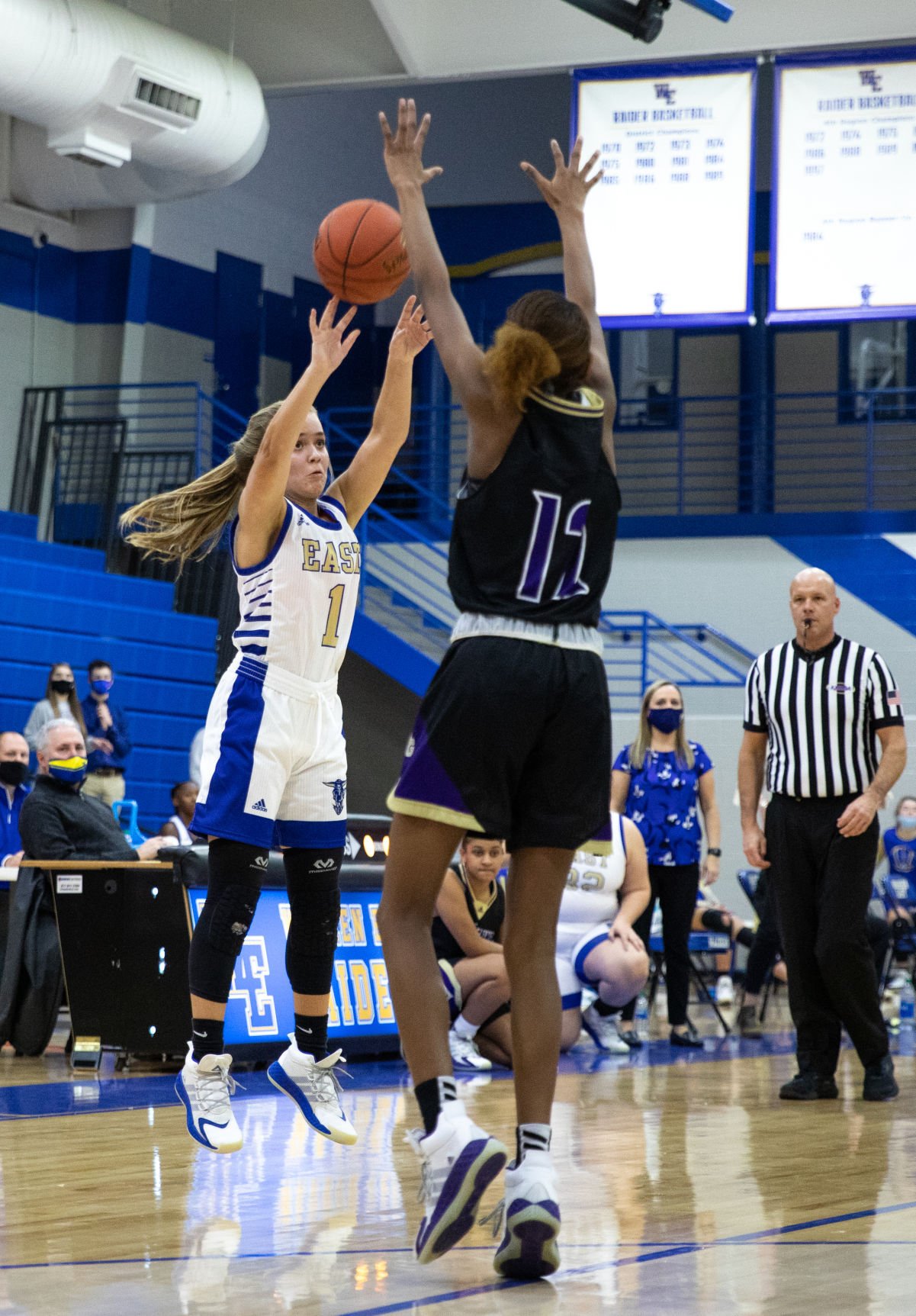 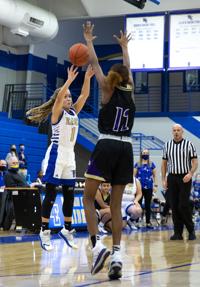 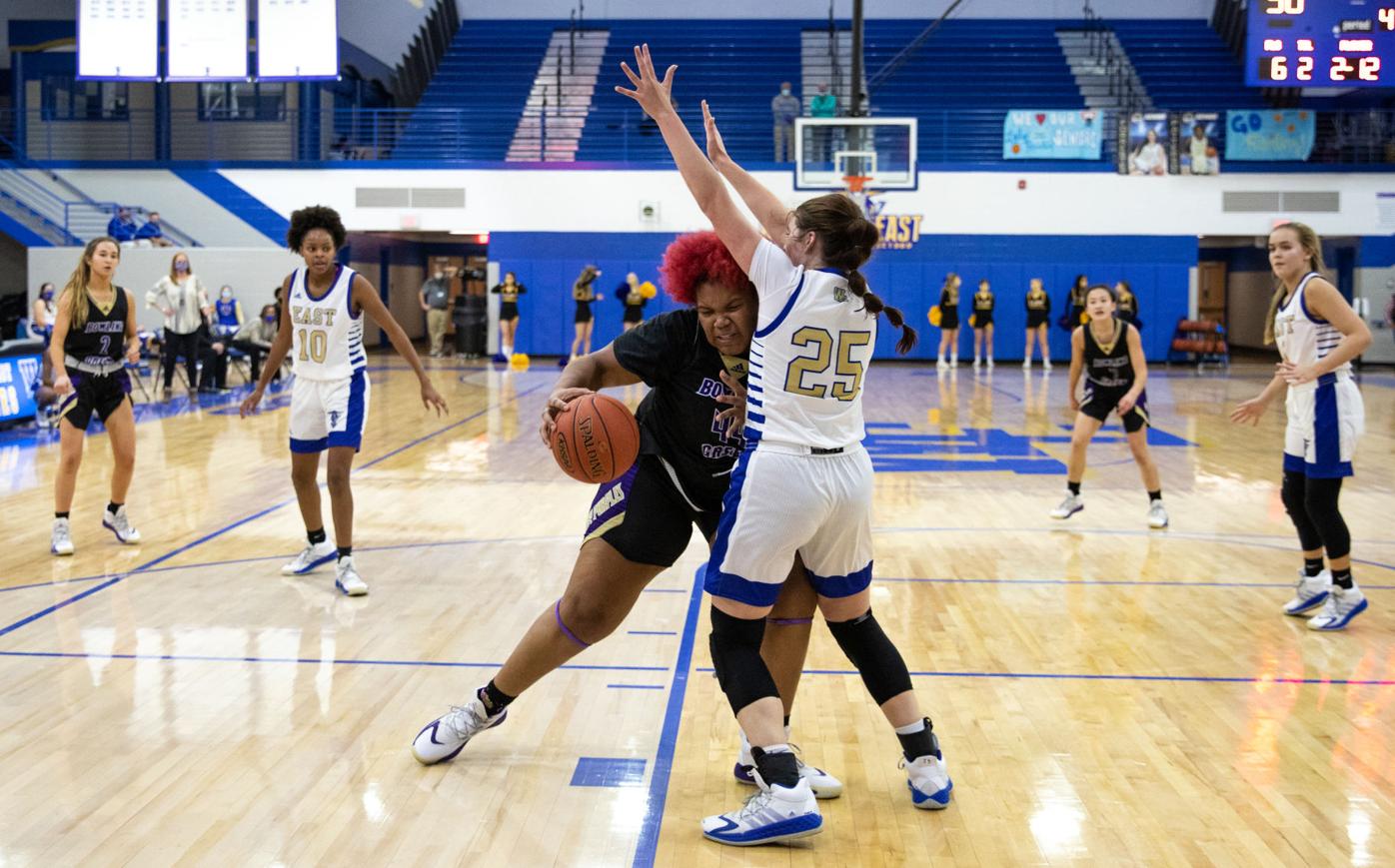 Bowling Green’s JaSiyah Franklin (right) pushes past Warren East’s Reagan Lawson to line up for a shot during the Lady Purples’ 61-39 win Wednesday at Warren East. For more photos and video, visit bgdailynews.com.

The Bowling Green girls’ basketball team turned up the defensive pressure in a 61-39 win at Warren East on Wednesday.

Bowling Green (2-2 overall, 2-0 District 14) forced 33 turnovers, 22 in the first half, to cruise past a Warren East team playing its first game after missing last week due to COVID-19 protocols.

“It was just a total team contribution,” BG coach Calvin Head said. “Being 2-0 in the district early with a semi-young, inexperienced team and not fully healthy, that’s a great feeling.”

The Lady Purples got a boost with the return of sophomore forward Meadow Tisdale. Cleared earlier in the day after suffering an ankle injury in last week’s season opener at Barren County, she came in off the bench and sparked an 8-2 first-quarter surge that helped BG build a 12-6 advantage.

Warren East cut the deficit to 12-10 early in the second quarter, before JaSiyah Franklin scored all nine points – including several baskets off turnovers – during a 9-1 spurt that made the score 21-11. The lead continued to expand, with the margin increasing to 33-15 by halftime.

“I think just the idea of having Meadow healthy helped our spirits, but I have to give a lot of credit to JaSiyah Franklin at the top of our defense,” Head said. “We had to restructure our defense when Meadow went down and we threw her in there and she’s done an outstanding job. She had deflections. She had rebounds. She got us out in transition.”

Warren East cut the turnovers in half in the second half, but wasn’t able to cut into the deficit. The Lady Purples’ advantage grew to as much as 30 points in the fourth quarter, with Warren East scoring the final eight points of the game to get it to the final margin.

“It is a very big goal of ours to do well in district play so that we can get that good seeding in the district tournament,” Bennett said.

“We dug ourselves a hole in the first half,” Warren East coach Jenny Neville said. “The first quarter wasn’t so bad, but when you make that many turnovers – and I attribute it to inexperience and maybe with it being our first game that some had a little jitters. The second half I feel like we cleaned it up and got a little bit better.

“Bowling Green is a good team, a tough team to start out with. We are just glad to be out here and playing basketball. I told them I am not disappointed and we are going to get better. I am just proud to be out here.”