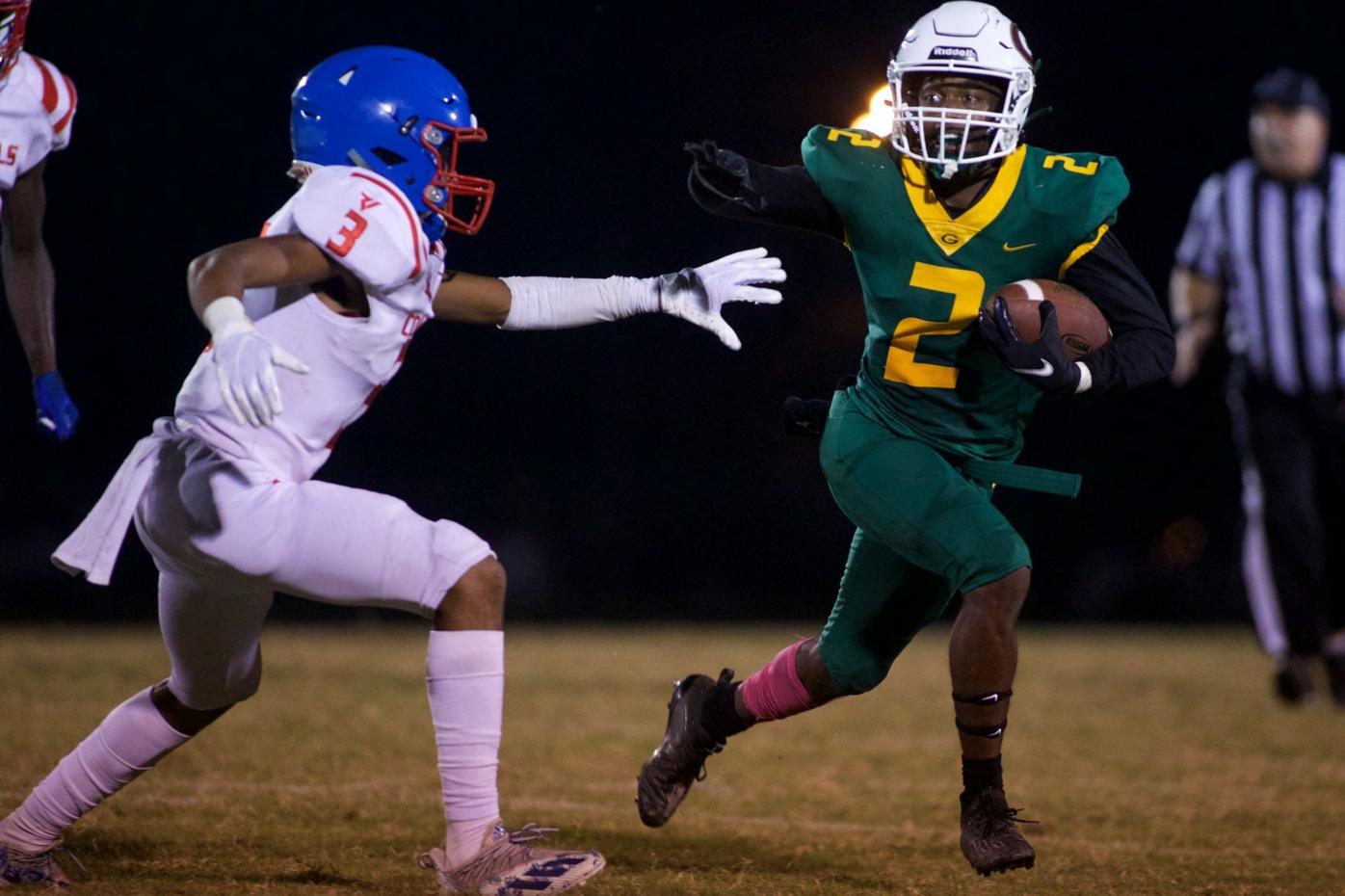 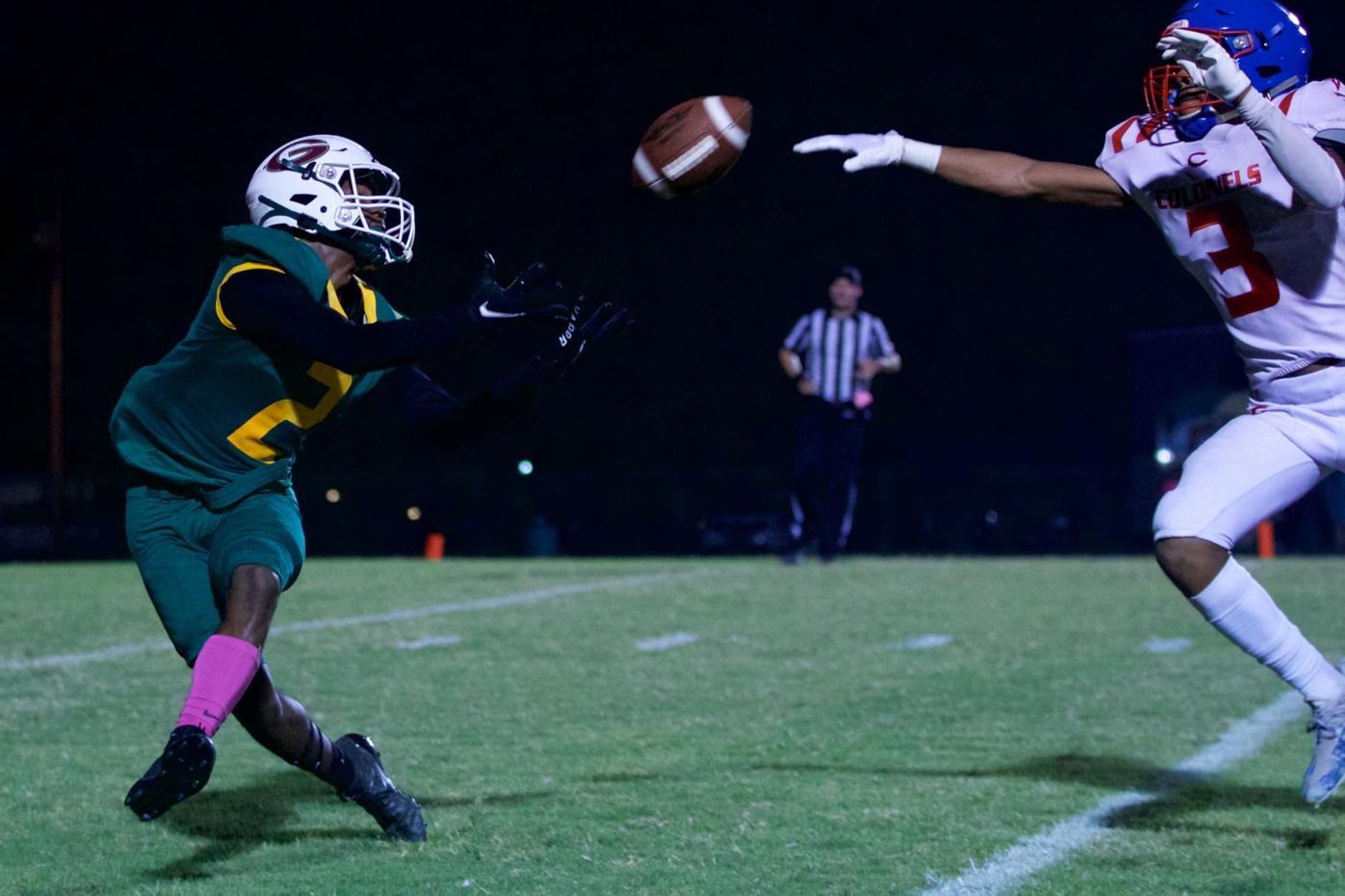 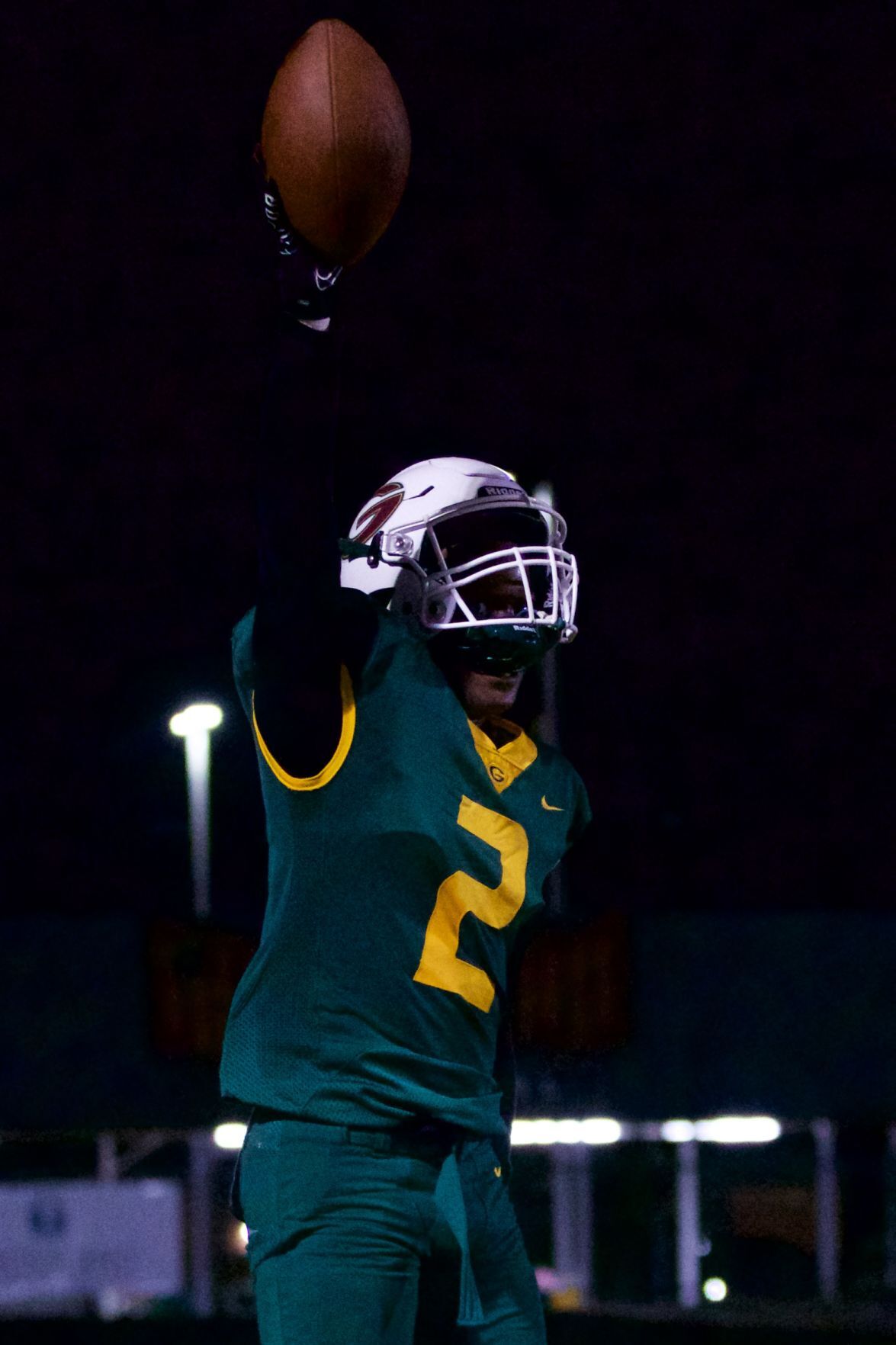 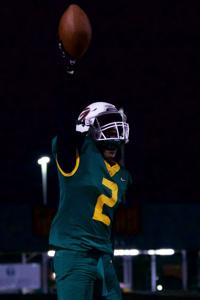 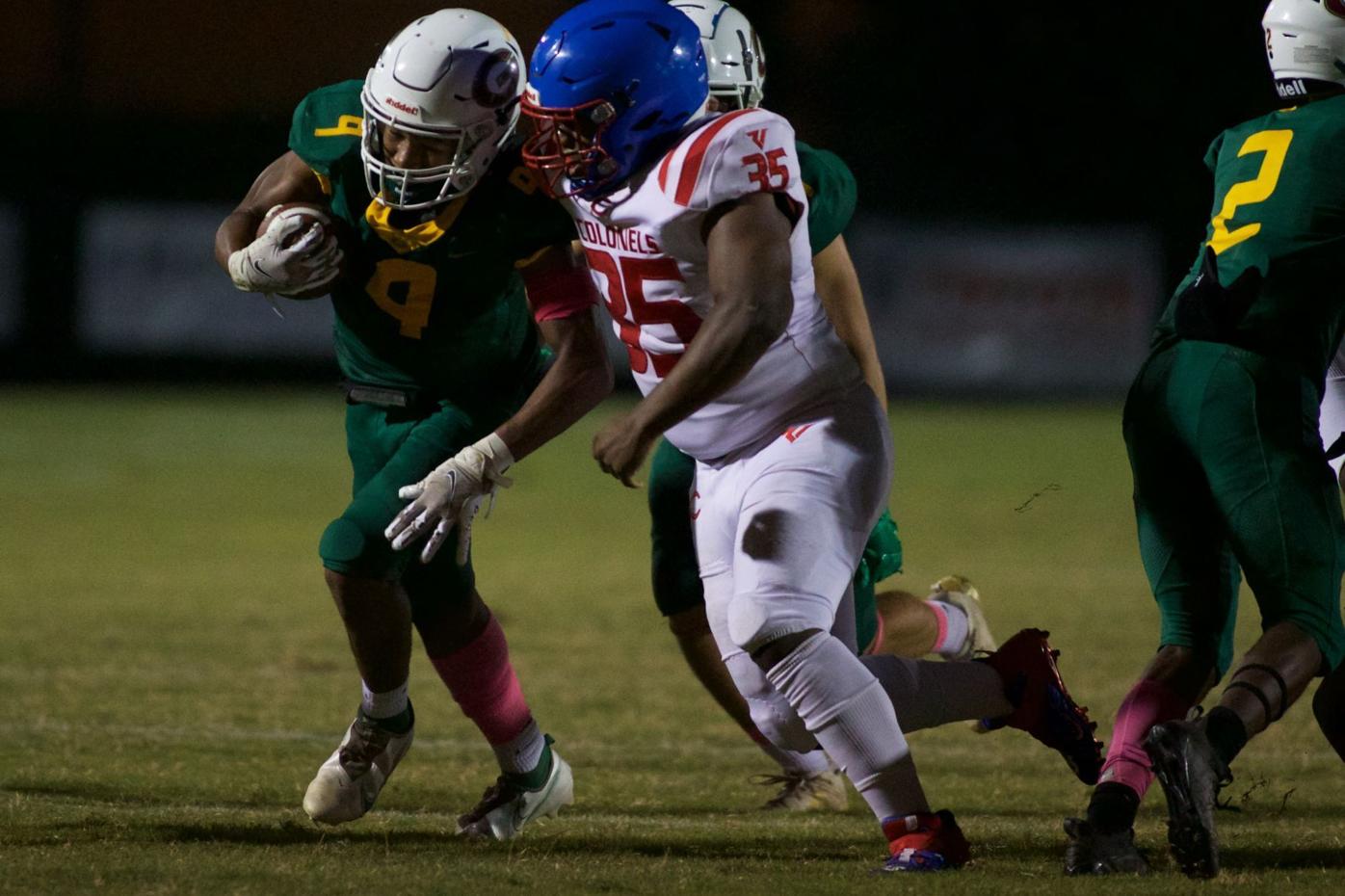 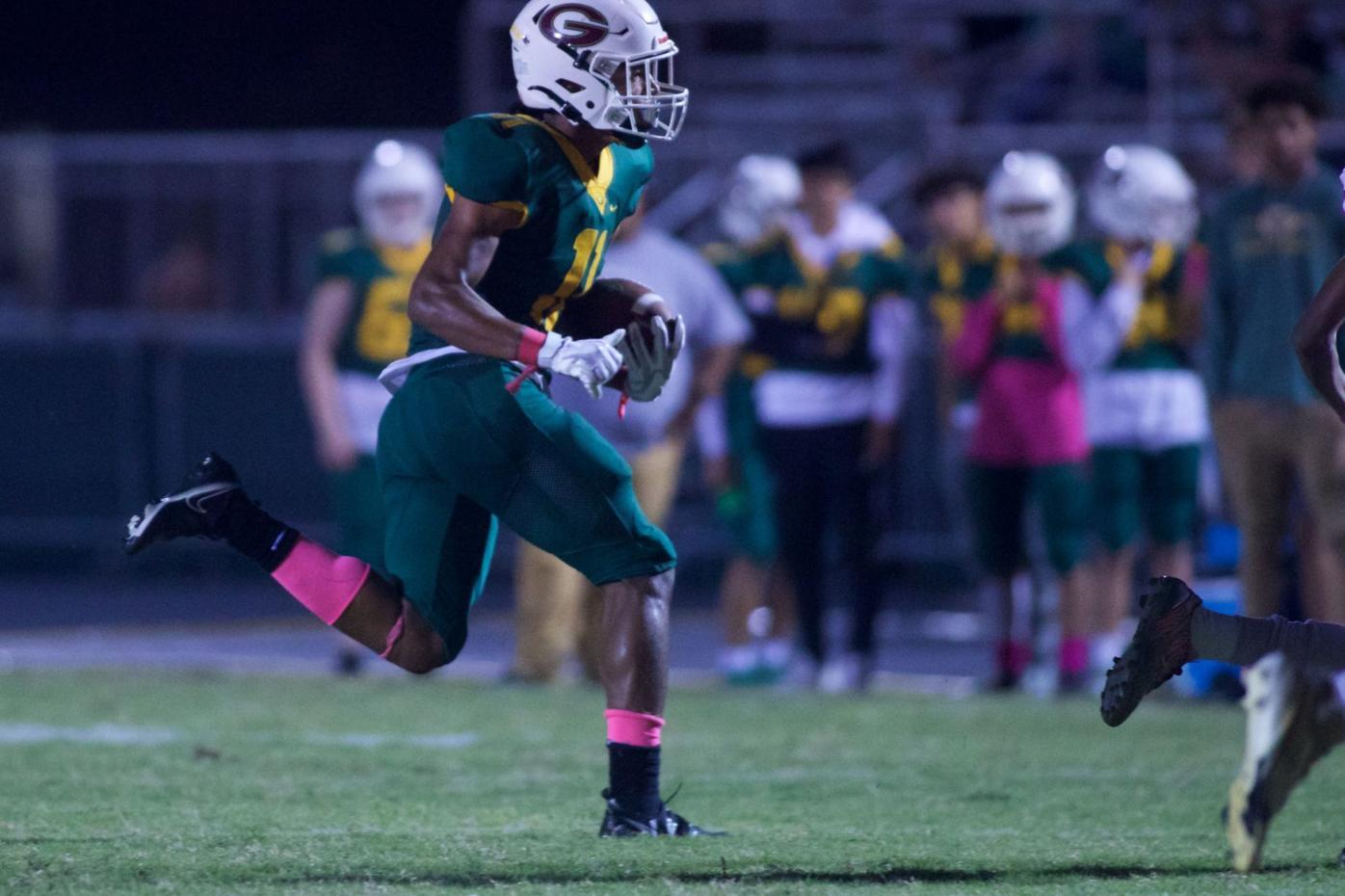 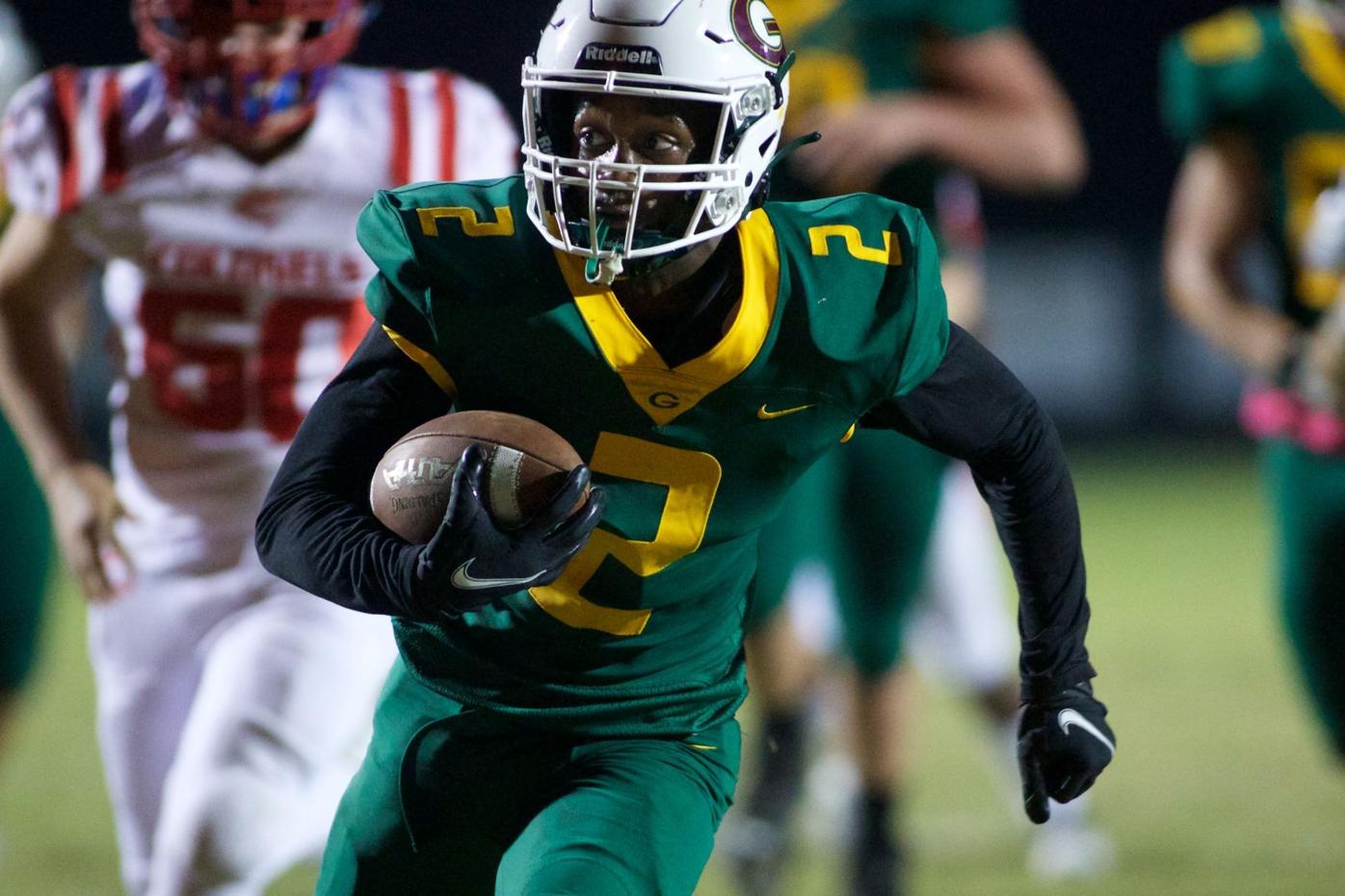 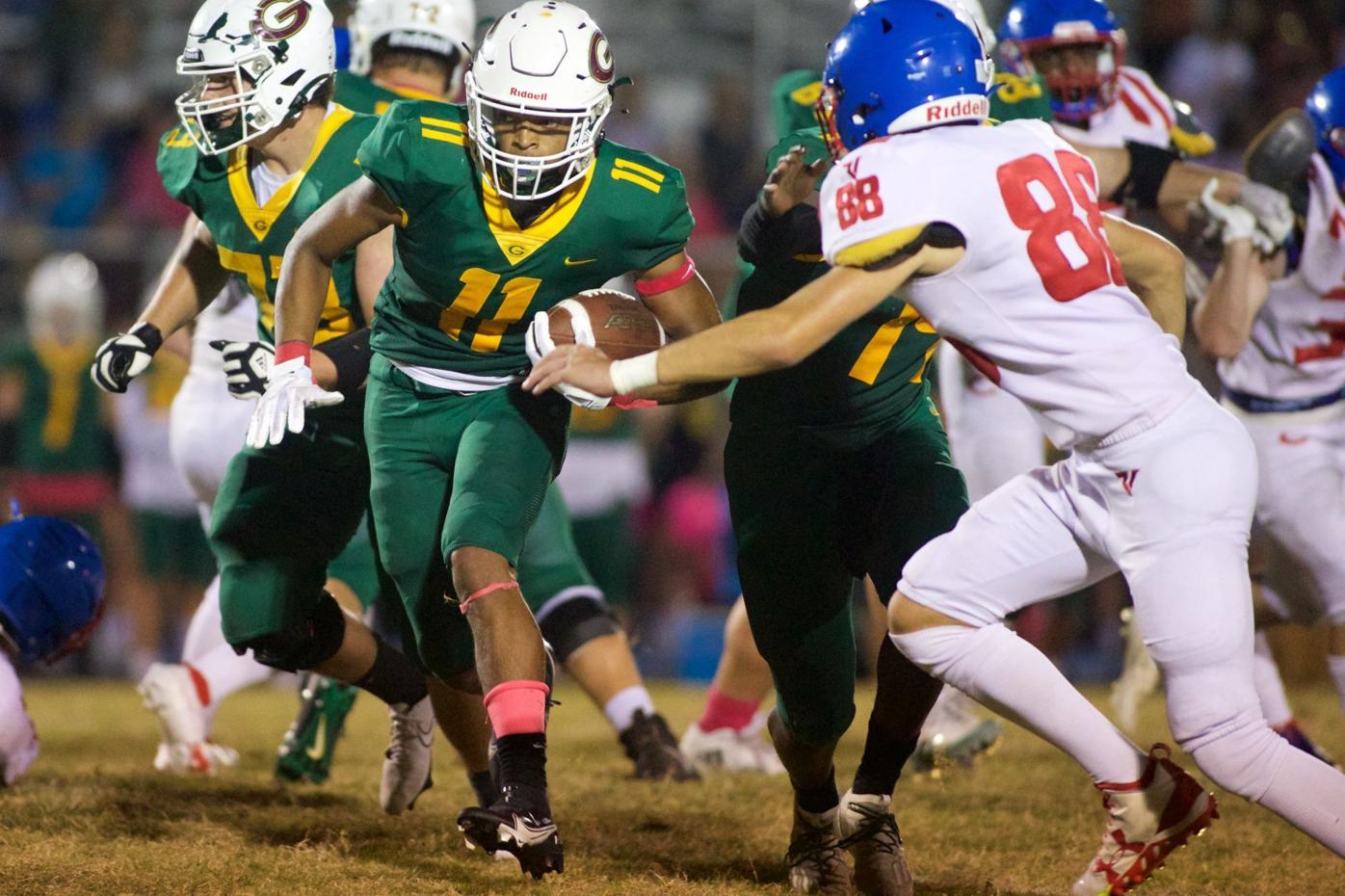 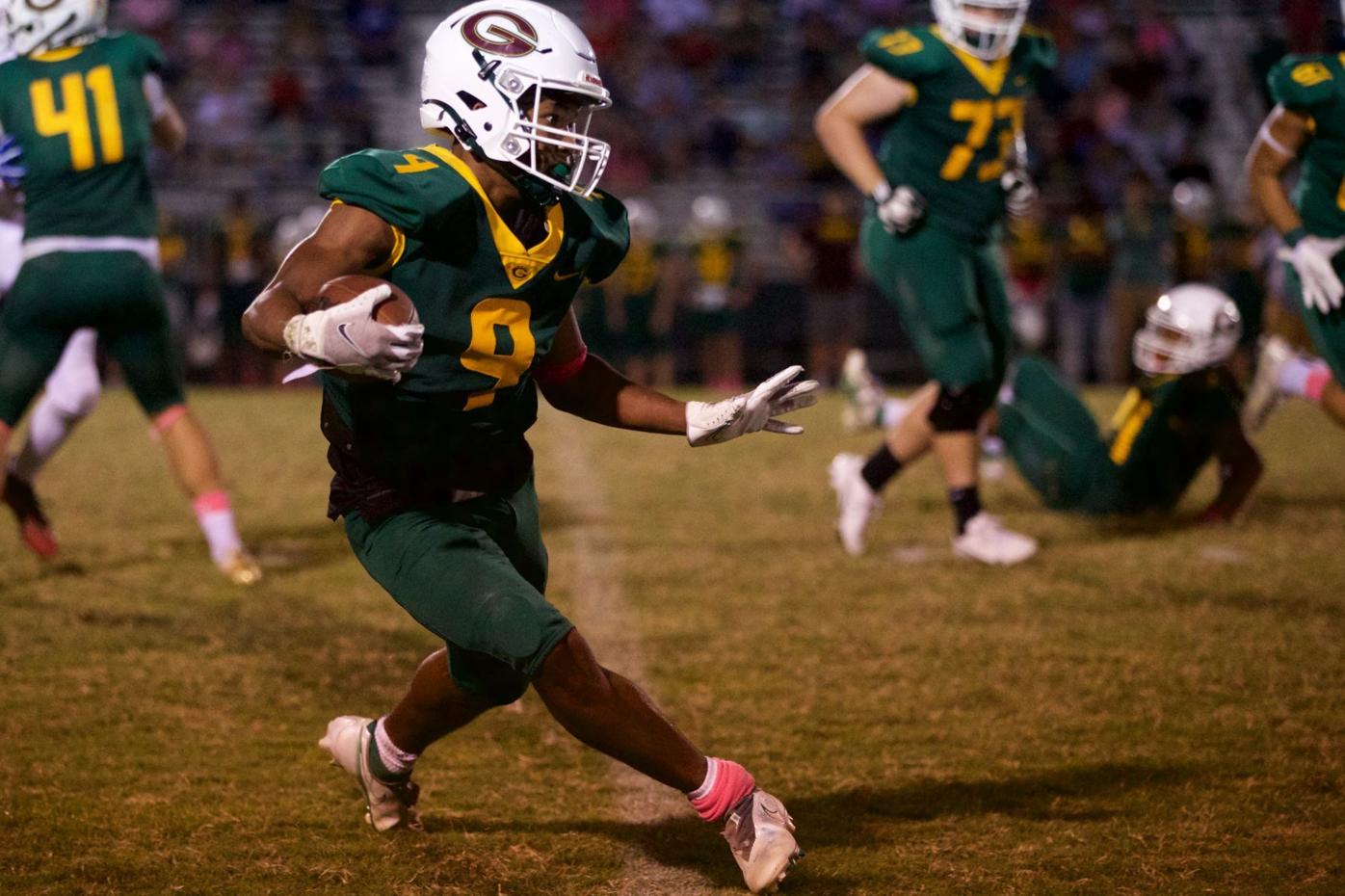 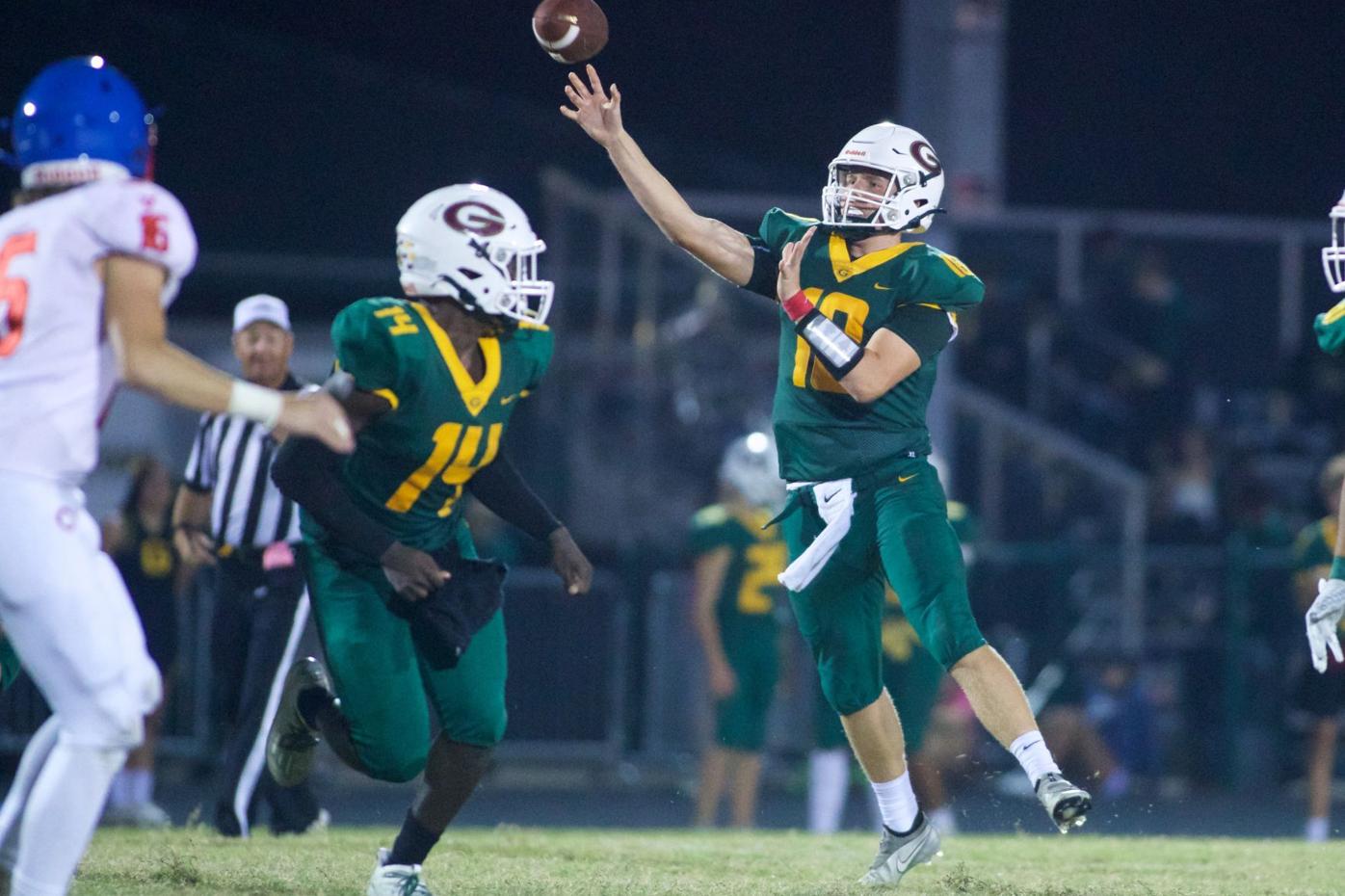 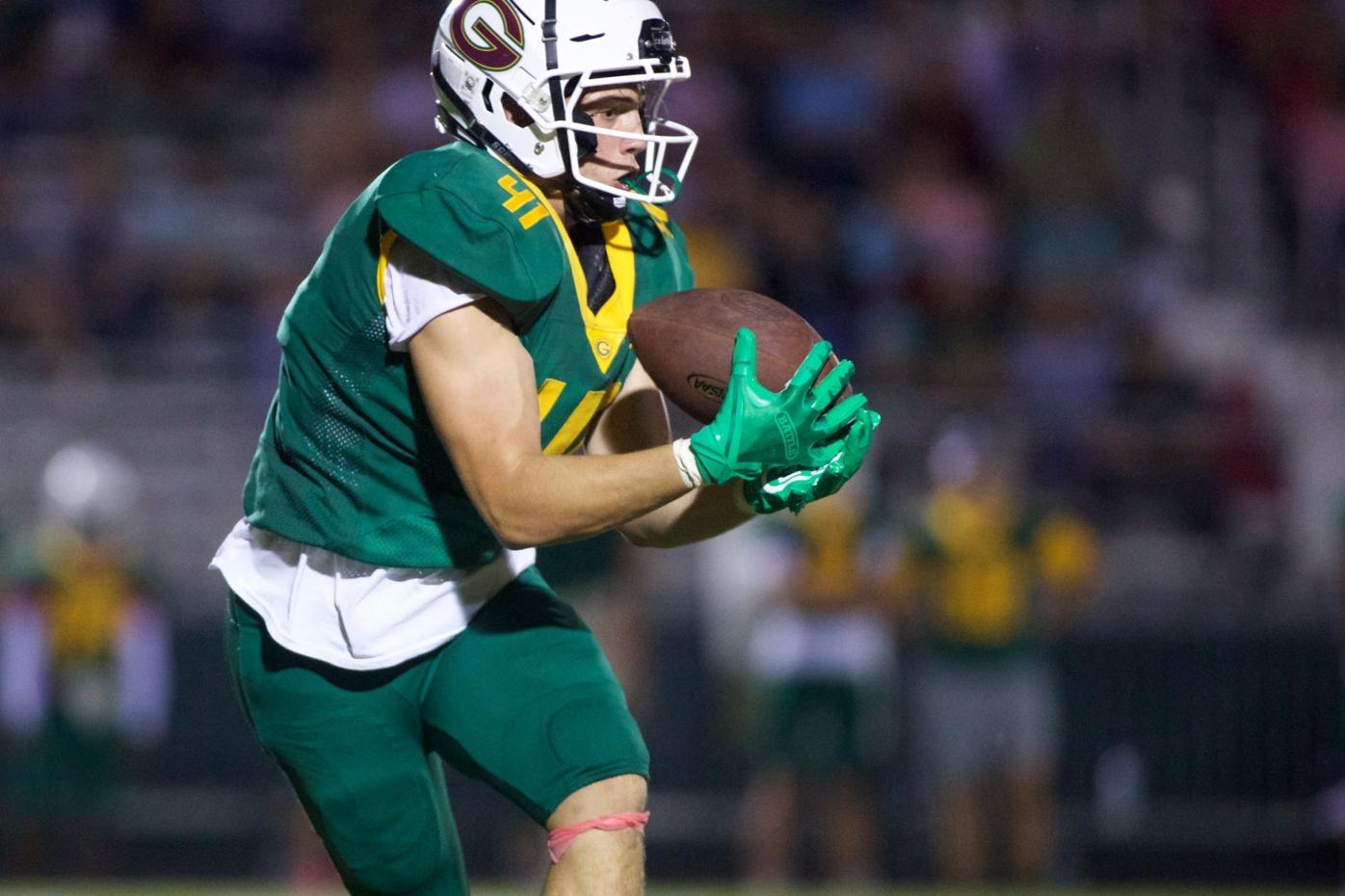 Ira Matheos could choose, were he so inclined, to dwell on what he didn’t get Friday night.

First, consider what the Greenwood senior wide receiver did accomplish Friday night against visiting Christian County – a touchdown run for starters, plus six catches for 102 yards and another 68 rushing yards in the Gators’ 39-7 home win.

“He really does some good things for us when we get the ball in his hands,” Greenwood coach William Howard said of Matheos.

Great numbers, great performance, great win to open district play – and Matheos deserved better. After doing the heavy lifting in the Gators’ opening score – first hauling in a 28-yard pass from quarterback James Salchli, then bursting through the middle for a 33-yard touchdown run on the next play – Matheos twice more came maddeningly close to reaching the end zone.

On the next drive for Greenwood (6-1 overall, 1-0 Class 5A, District 2), Matheos snared a 15-yard reception at the Colonels’ 2-yard line on third down and long, but neither he or the Gators could quite finish that drive with points.

Later in the second quarter after Greenwood had gone up 14-0 on Marquese Trussell’s 13-yard touchdown catch from Salchli, Matheos nearly had another TD when he pulled in a 30-yard reception but was stopped at the 1. On the next play, Lofton Howard carried it in for a 1-yard touchdown run.

“When I’m in my zone, I feel like I can do anything on the field, basically,” Matheos said. “Last week I know I didn’t play as good as I wanted to, and this week going into district I knew I had to do more to help my team.”

Greenwood’s defense came up with another stop on the next drive, and the Gators got a huge special-teams play when junior Andrew Hatcher returned a punt 75 yards for a touchdown to put his team up 26-0 with 5:17 left in the first half.

Salchli, who missed last week’s loss to Glasgow, also had a big night in his return. He completed 9-of-18 passes for 160 yards and two touchdowns, with the second TD pass a 40-yard scoring strike to Lake Ratliff with 15 seconds left in the third.

Greenwood piled up 490 yards of total offense in the win.

Harvey paced the Colonels – who totaled 188 yards of offense – with 92 rushing yards.

Greenwood will have a week off before returning to action Oct. 15 with another big district matchup at home against Bowling Green. The Gators will be looking for their first-ever win over the Purples.

“It is and it isn’t,” William Howard said of having a week off before facing Bowling Green. “There’s positives behind everything. We can take a little time to heal – you’ve got some midseason nagging injuries that you need to take care of, and by not playing that’s a good thing. If our kids just stay focused over this break and continue to work, and don’t lose a lot of the things that we’ve done in our conditioning and our weightlifting, hopefully we can make it a positive and just come back healthy.”