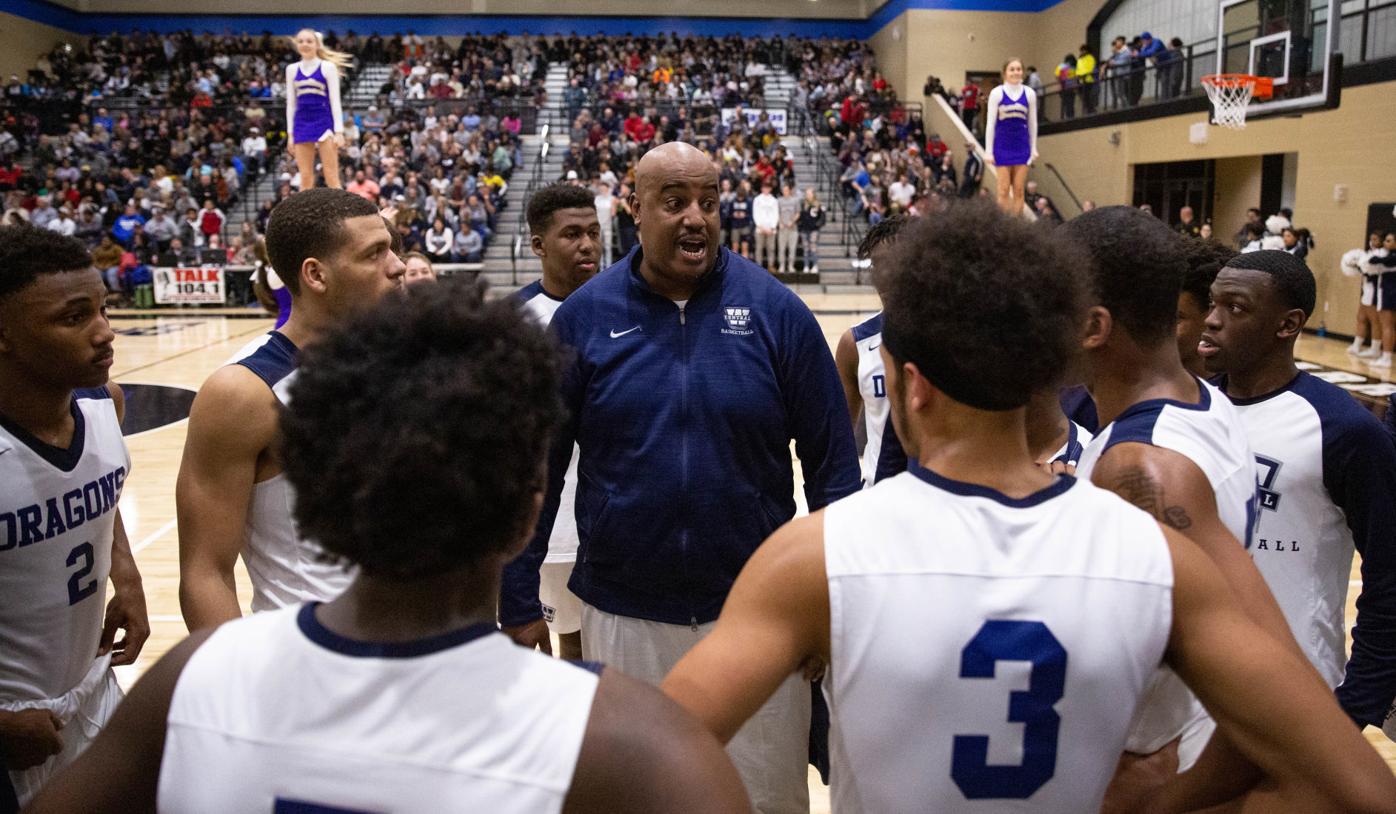 Warren Central Coach William Unseld (center) talks to his players Feb. 28 during a timeout in Bowling Green’s 57-51 win over the Dragons in the District 14 championship at South Warren. 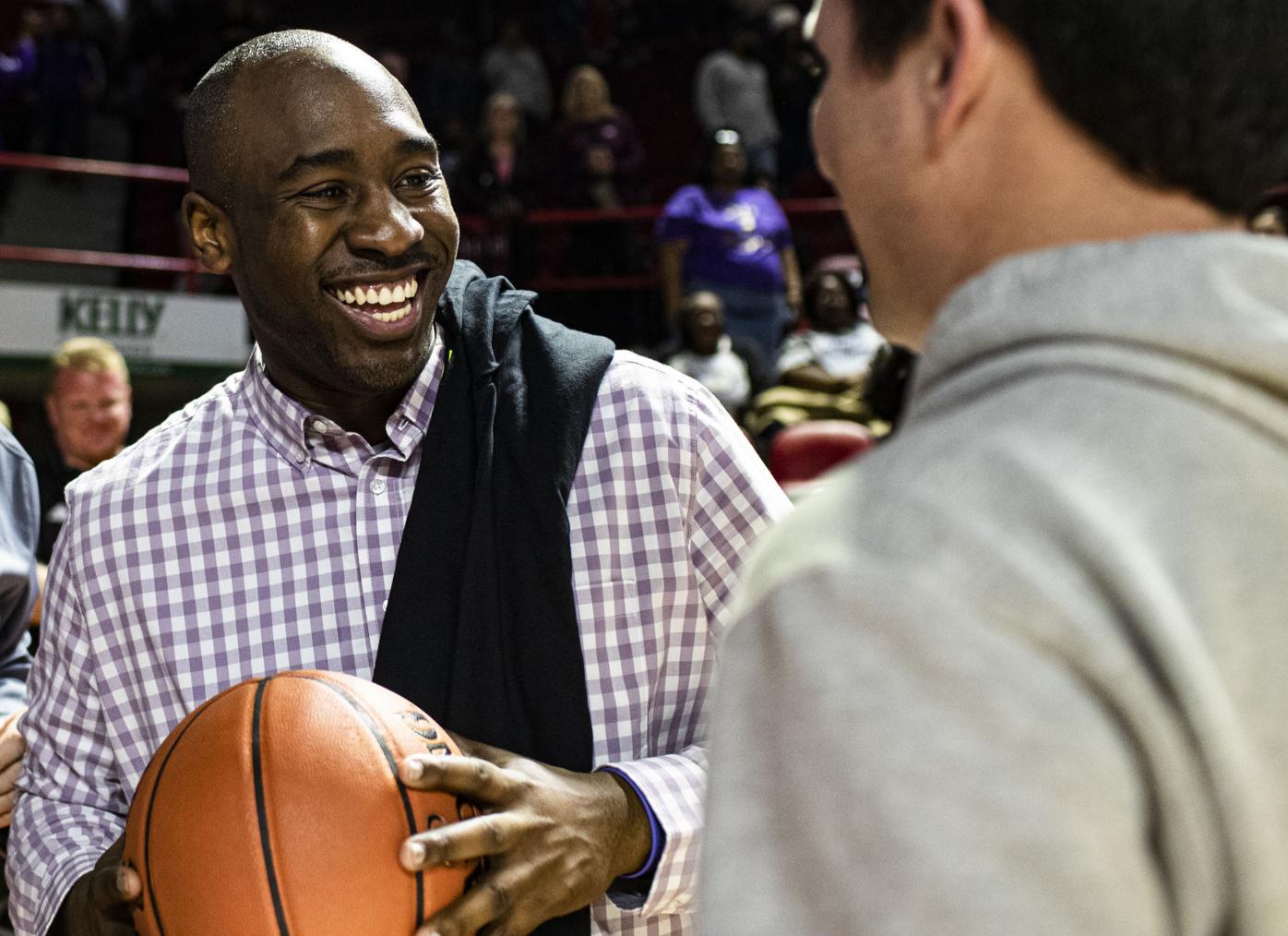 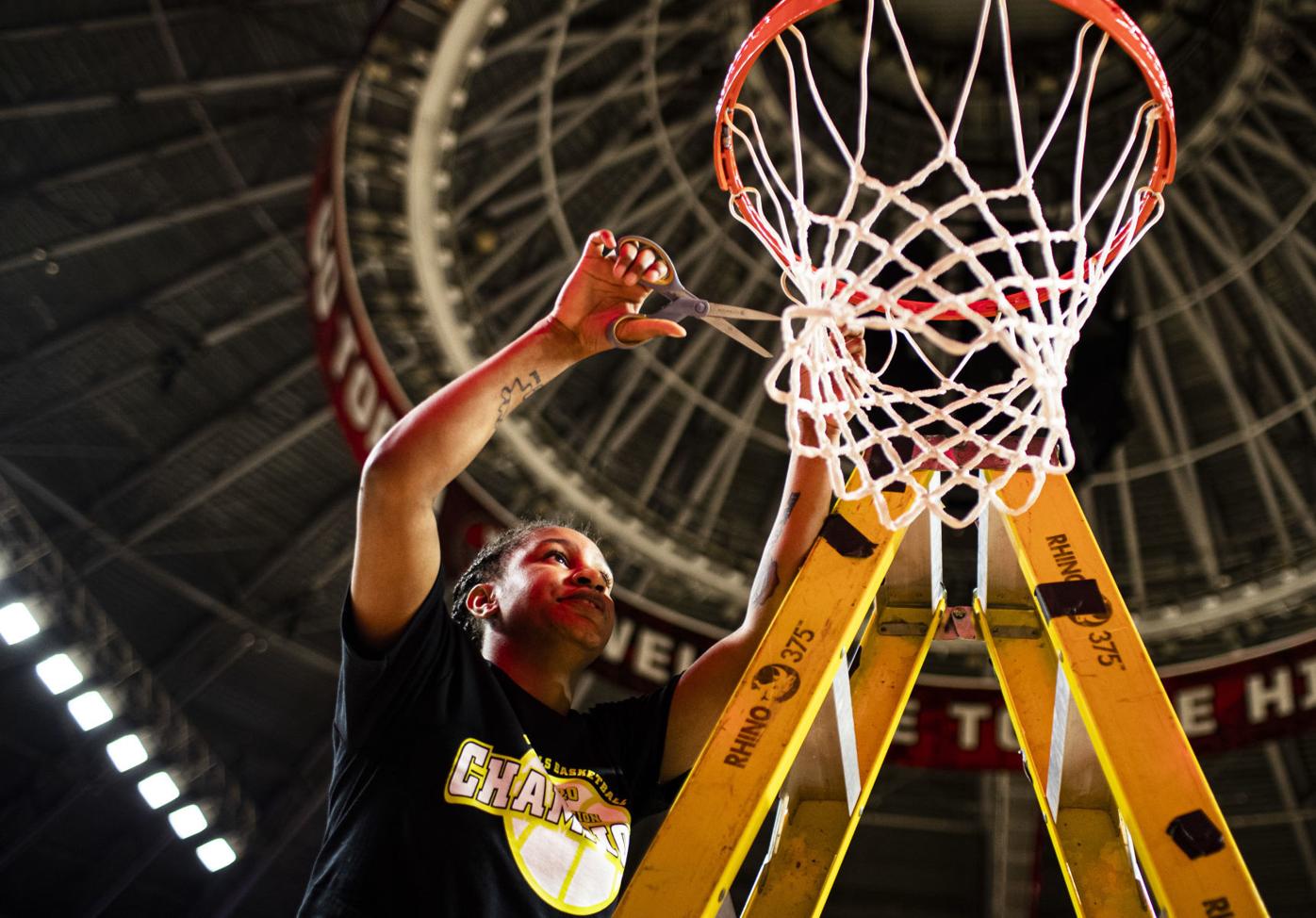 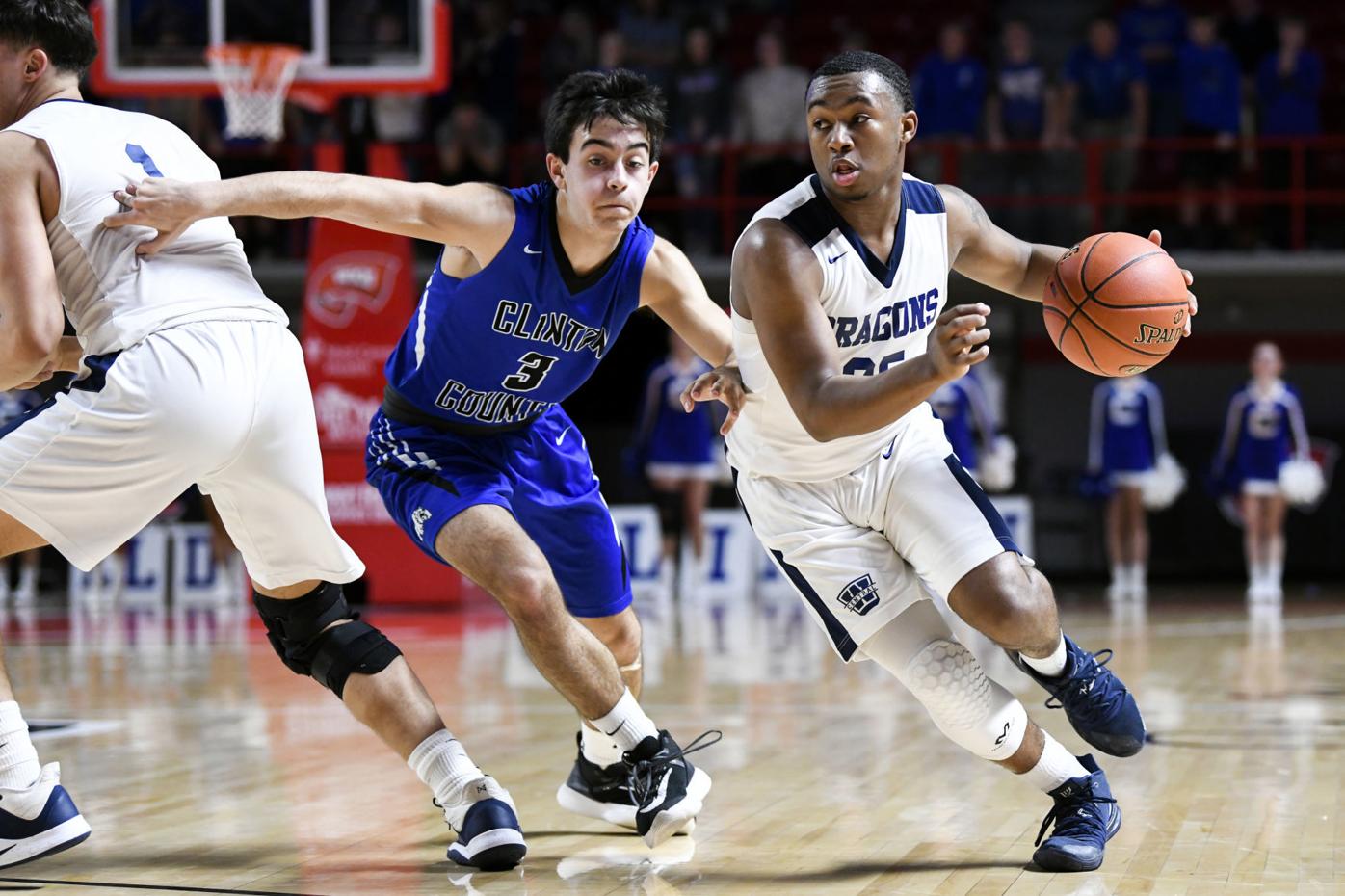 Warren Central Coach William Unseld (center) talks to his players Feb. 28 during a timeout in Bowling Green’s 57-51 win over the Dragons in the District 14 championship at South Warren.

William Unseld reacted just like you’d expect when the KHSAA announced Tuesday that after more than a month of delay this year’s Sweet Sixteen state basketball championships won’t be played after all due to continuing health concerns over the ongoing coronavirus pandemic.

Unseld, the head coach of Region 4 boys’ basketball champion Warren Central, was predictably disappointed with the final decision that brought a premature end to the high school careers of 11 seniors on his roster. At the same time, Unseld felt something else after finally getting the news – relief.

“I think honestly we all had came to the point that it wasn’t happening,” Unseld said. “They took it well. We hate it – we wanted a chance to compete but there’s bigger things out there going on that overshadows what we need to do, what we want to do. But I think my kids took it well.

“I was just kind of glad to get a definitive answer.”

Bowling Green girls’ basketball coach Calvin Head, whose Lady Purples were already in Lexington for Day 2 of the Girls’ Sweet Sixteen and just hours from playing Russell in a first-round matchup before the tournament was initially suspended on March 12, also felt his initial hopes of restarting the tournament fade to what was mostly a foregone conclusion that cancellation would be the ultimate result.

Trying to find anything positive in the situation has been difficult, but Head has worked to keep his team’s spirits up by emphasizing the great season the Lady Purples put together.

“I told the kids this is a life lesson on just not taking things for granted, control what you can control, seize every opportunity when you get a chance to play this game because, as you can see, things can change in minutes,” Head said. “Hopefully, we all as people come out of this thing better than when we went in it. It allows us to put things in perspective and reprioritize what’s really important.

Tuesday’s KHSAA news release, which also announced the cancellation of spring sports for the year, did leave open the possibility of some sort of unspecified special event for the affected Sweet Sixteen teams next season.

“We have recently developed special recognition programs which we hope our schools will take advantage of, to recognize at the very least the seniors who lost that last season, but also all spring sports participants and those who qualified for the state basketball tournaments and were unable to complete those events,” KHSAA commissioner Julian Tackett said in the news release.

“We will also continue to communicate with our teams that qualified for the basketball tournament and were unable to complete this event about possible activities within the bylaws of the KHSAA at the start of the 2020-21 season if they desire that opportunity.”

Both Head and Unseld have heard speculation about a possible preseason tournament involving the Sweet Sixteen teams, but nothing specific.

“I haven’t talked to anybody about that,” Unseld said. “I have no clue what it is. For us, we’ll look different because we’ll be a different team next year. We’re losing 11 seniors, so it’ll be a little different for us.”

Unseld said he’d be happy to play in a potential Sweet Sixteen special event next year, even with a roster that will look vastly different.

Head, who loses three seniors off this year’s squad, thinks the idea could be a good way to jump-start the season but has mixed feelings about the possibility and wonders if it’s even feasible.

“I think a lot of it is speculation, just people throwing stuff out there just for some ideas,” Head said. “I think it’ll be tough to pull off. For us on the girls’ side, we had teams that actually got to play and some got eliminated. So what do you do there? Do you just bring back the teams that didn’t play? Do you bring back the teams that hadn’t lost? So there’s a lot of things there. I think it’s great to be having those conversations and think outside the box and try to bring some reprieve to that abrupt ending, but at the same time I think there’s also healing in moving on.”

That abrupt ending also cost opportunities to be seen for players with hopes of moving on to the collegiate level, something both Unseld and Head have been working to rectify.

Warren Central (26-7) has three seniors who have already announced commitments to play in college – Dre Boyd (John A. Logan College), Geovonni Floyd (Spoon River College) and Tay Smith (Brescia). But the Dragons have more players still looking to earn a shot at playing in college.

Unseld said it’s not just the loss of Sweet Sixteen exposure – with the ongoing pandemic limiting travel and forcing social distancing, other avenues for getting noticed like postseason basketball showcases and even in-person campus visits are just not happening.

“A guy like (Warren Central senior) Kobe Brents, who didn’t get 100 percent healthy until the regional tournament, you could see a big difference in him during the regional tournament than when he was playing with the big brace on earlier in the season,” Unseld said. “He’s not being able to go to schools and show them this is what I can do because nobody’s allowed to go on campus. Everything is by film or virtual recruiting as a far as visits, so it’s been hard on kids like him and (senior) Antonio Barbee.

“We’ve got some other kids who are going to go and try play football somewhere, and then some kids are just going to college. All 11 seniors have a plan, but we’re still pushing to get some guys some college scholarships.”

One of Bowling Green’s seniors – Keyozdon Jones – is actively pursuing a chance to play collegiately and Head has been in the forefront of helping with that process.

“We’ve actually had a coach or two reach out to us,” Head said. “She’s doing some paperwork things to try to see what possibly could happen for her.”

Both coaches are still planning the annual end-of-season banquets. It’s just a question of when that can happen.

“That’s first and foremost on the list, to honor the seniors, have a banquet and be around all of our kids freshmen and up,” Unseld said. “We really want to send our seniors out. They’ve been a part of a special run – two (Sweet Sixteen) Final Fours, three region championships. We’re really going to send them out nicely – as soon as we get a chance.”

Head is looking forward to that little bit of normalcy and the chance to reflect as a group on a 28-6 season that included a Region 4 championship.

“We usually have our banquet either right before spring break or right after, then we’re usually right back in the gym just working on some things,” Head said. “I really hope we’ll have an opportunity to have a banquet before our seniors go off to college or are getting ready to do what they’re going to do. I think closure’s important. It’ll give us an opportunity to celebrate one more time together the success that we had this year and everything we went through together.”