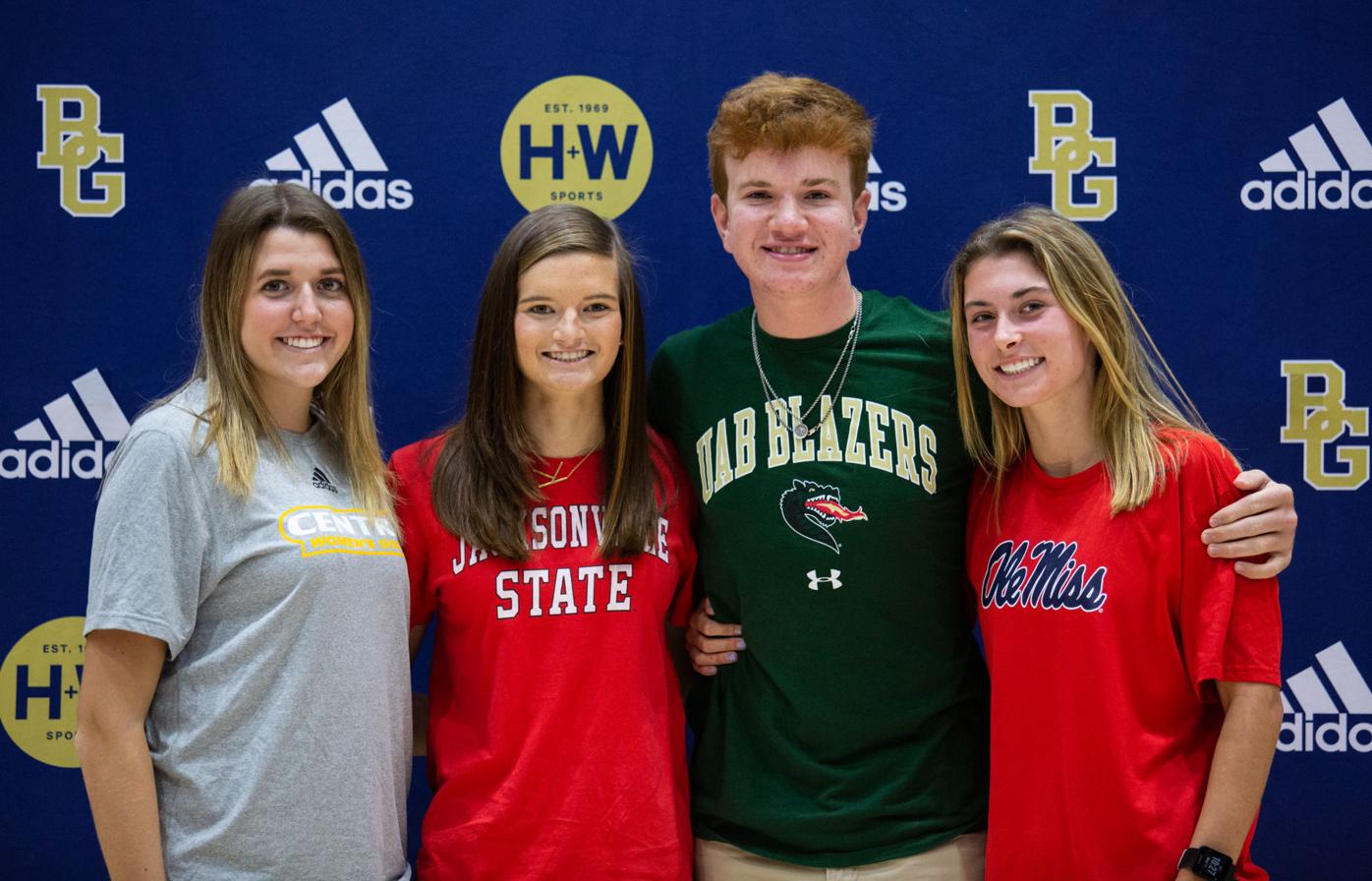 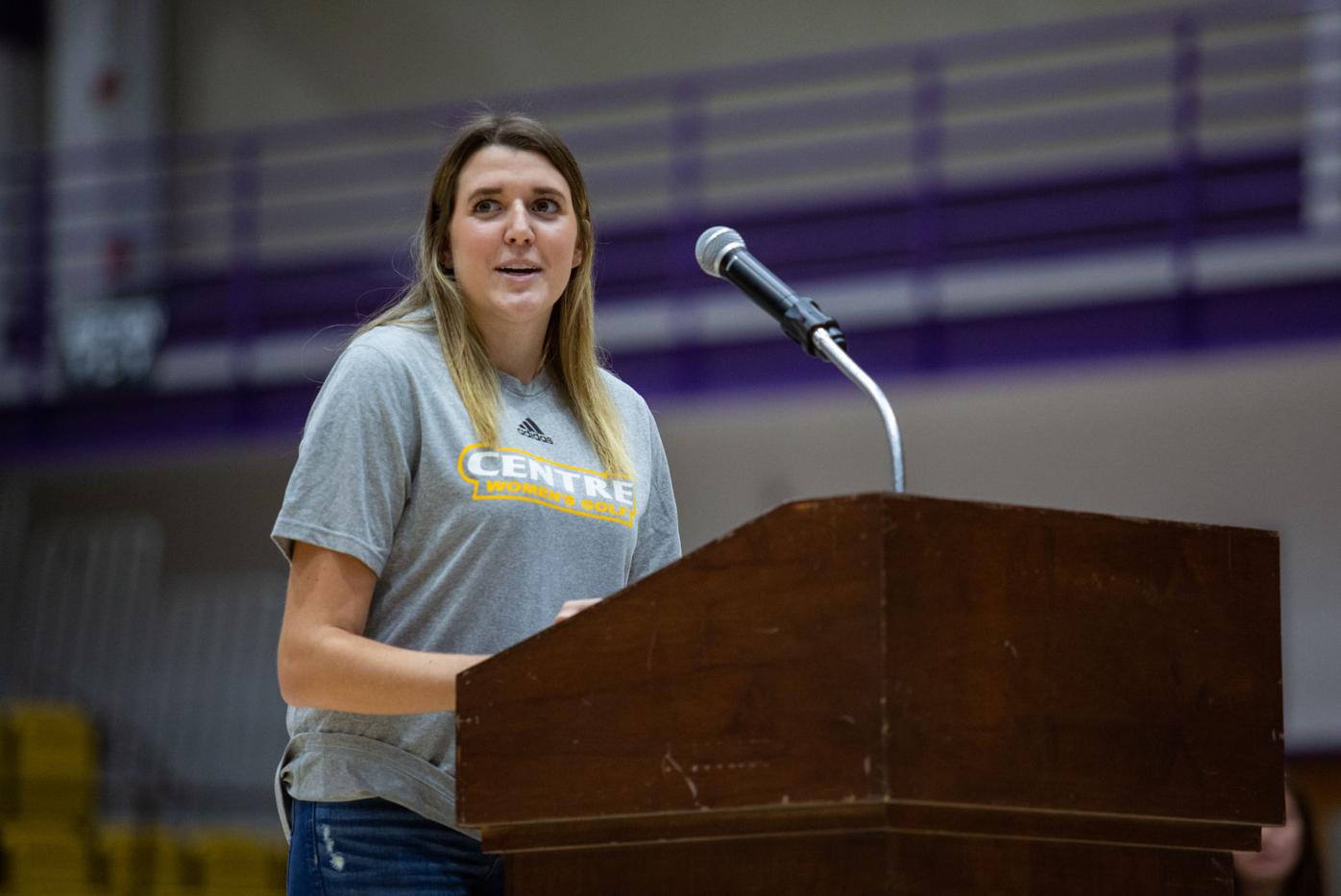 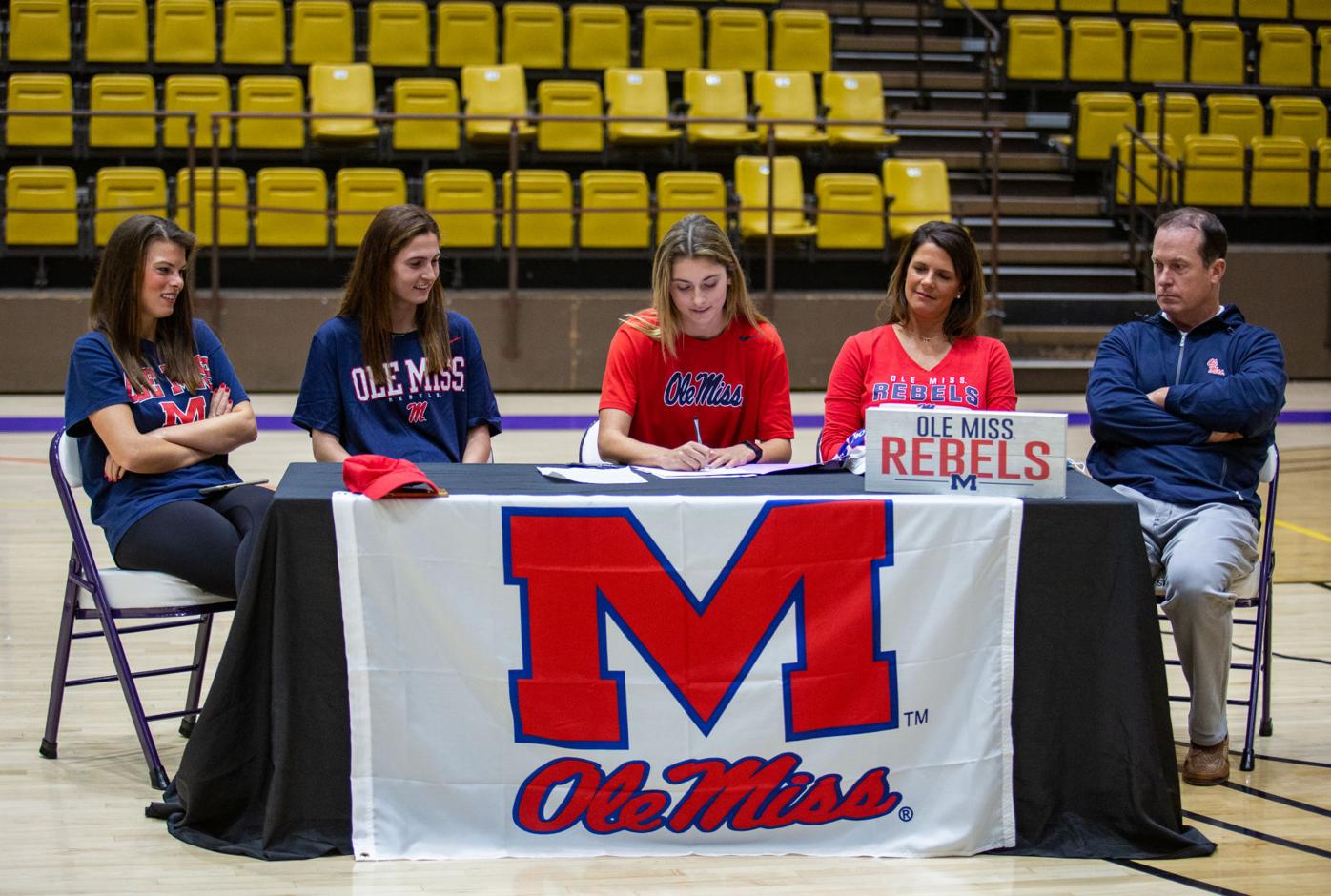 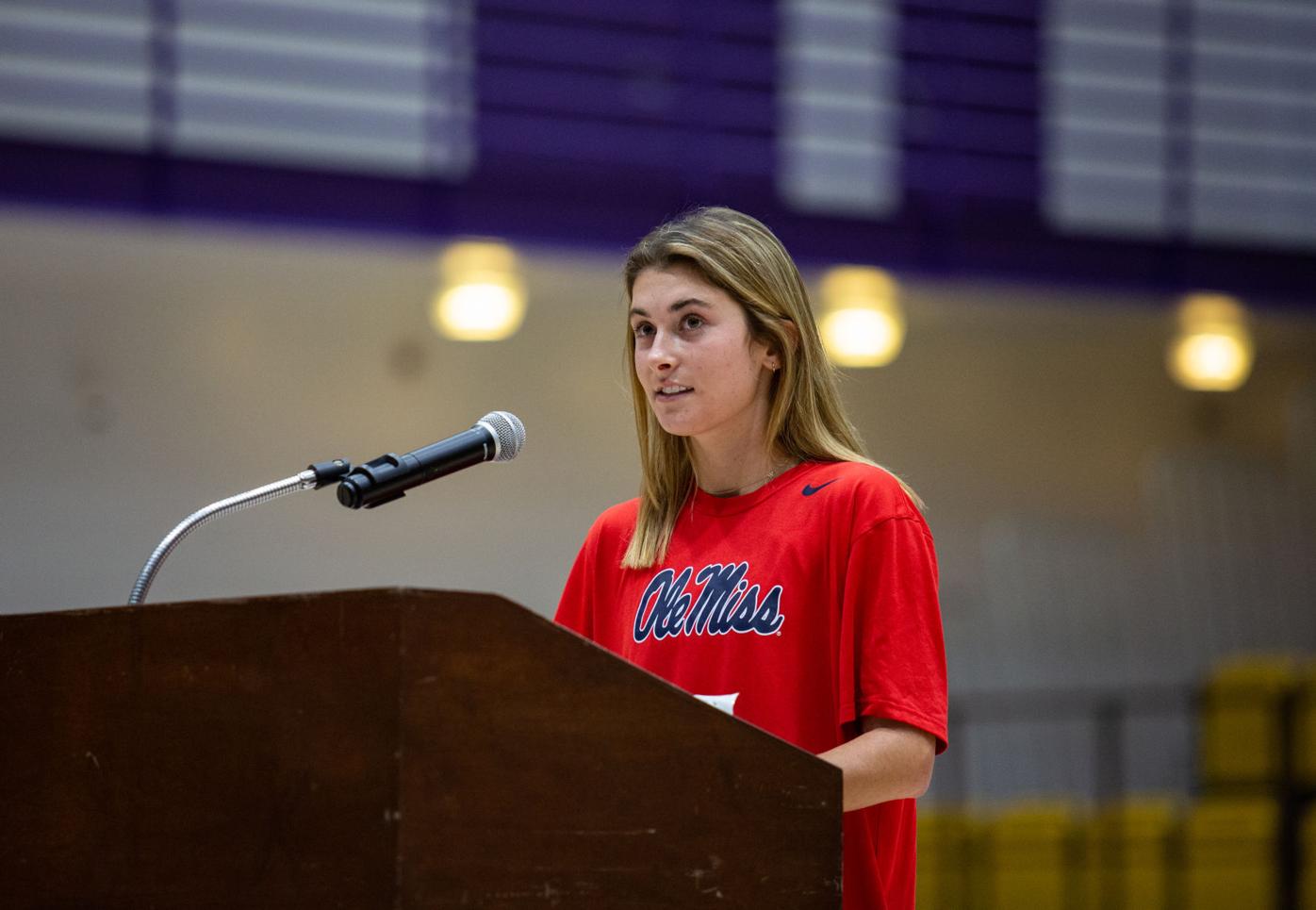 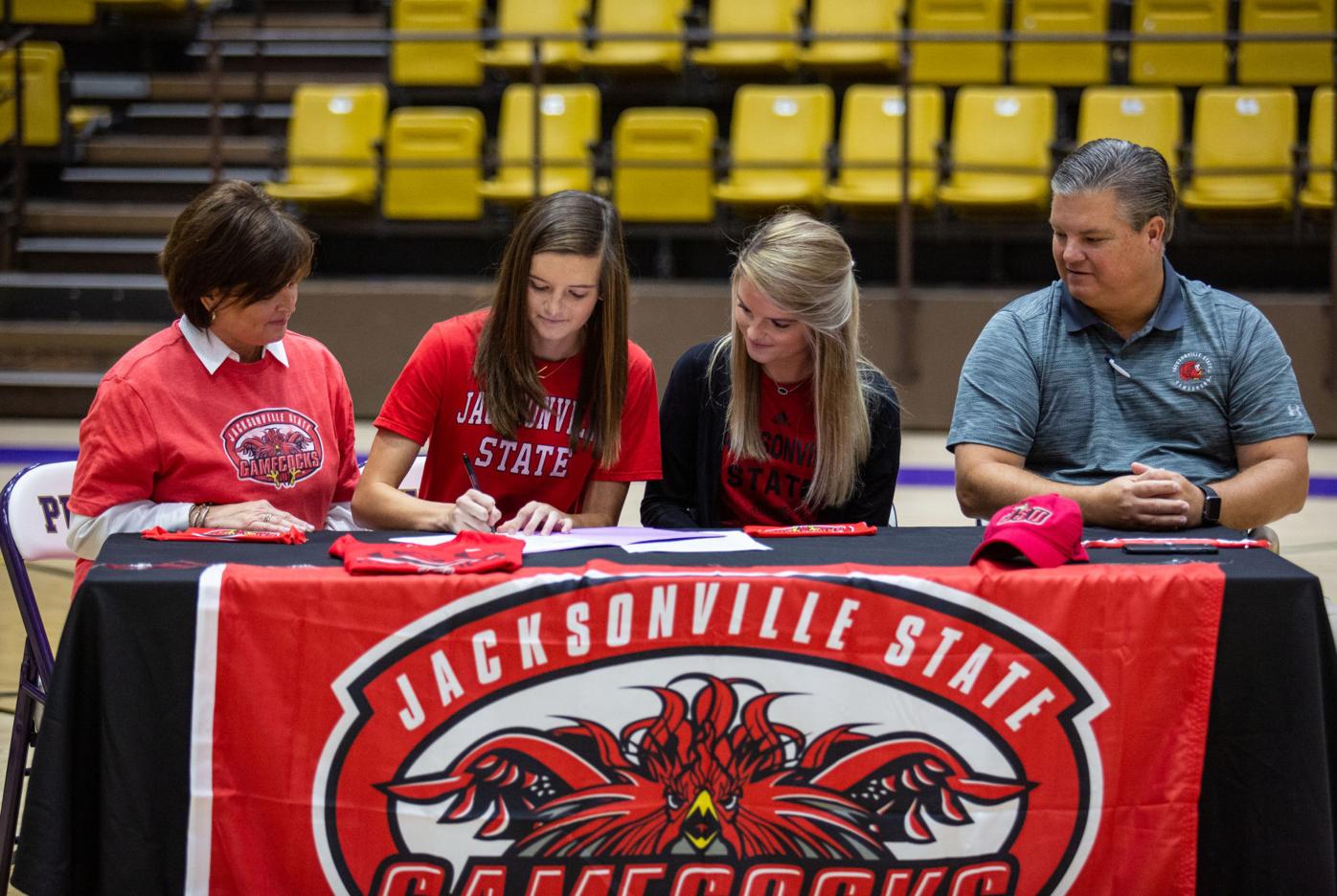 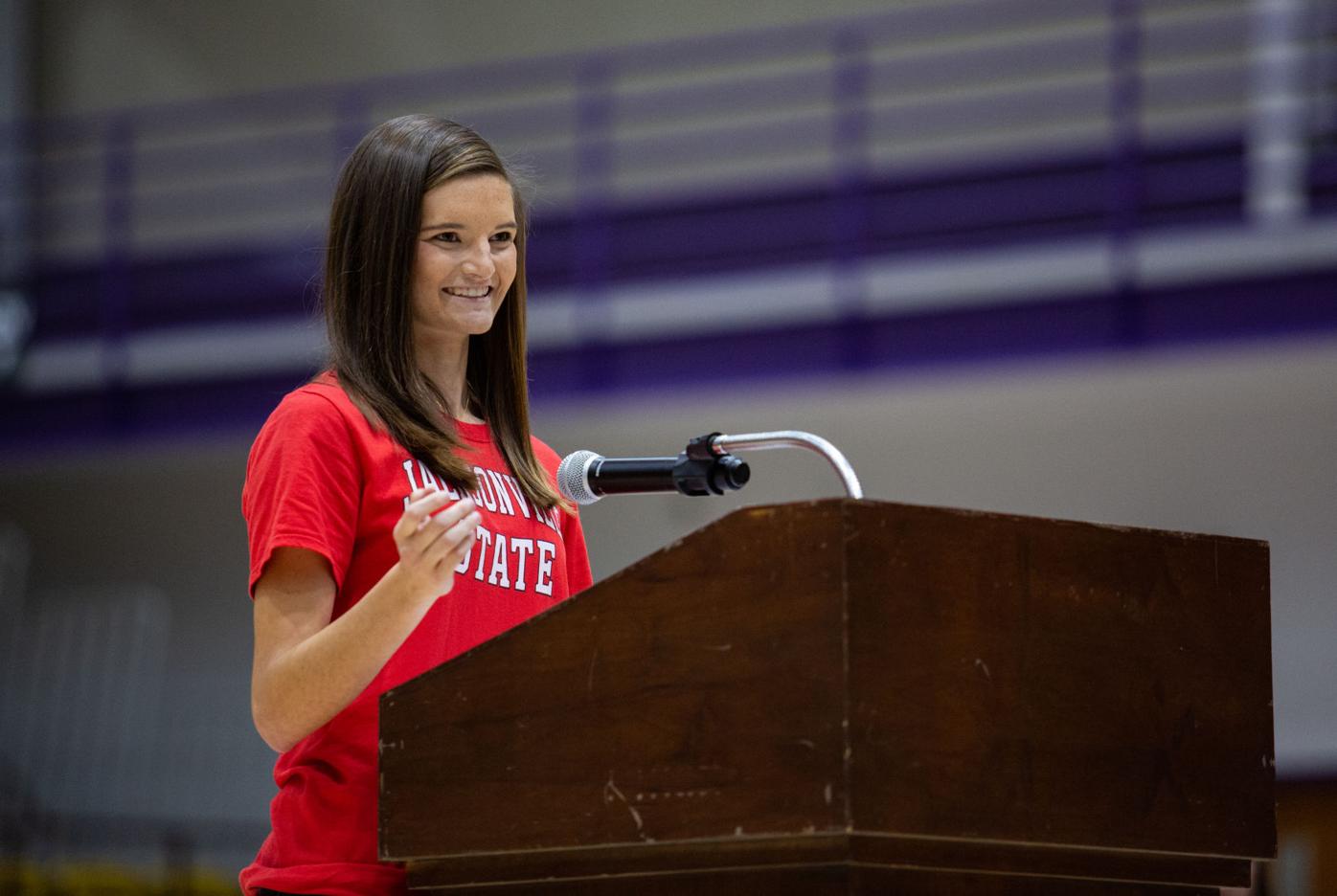 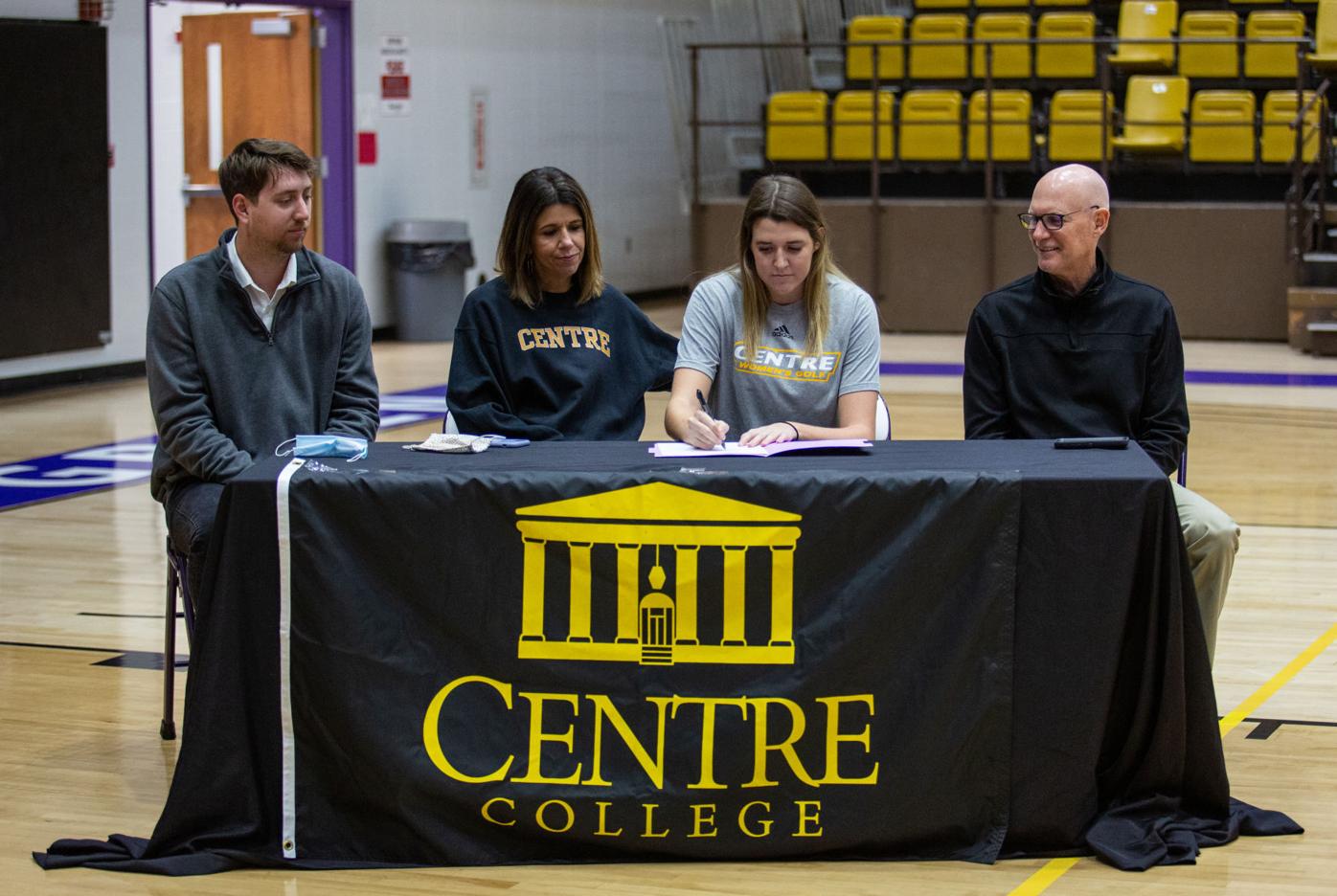 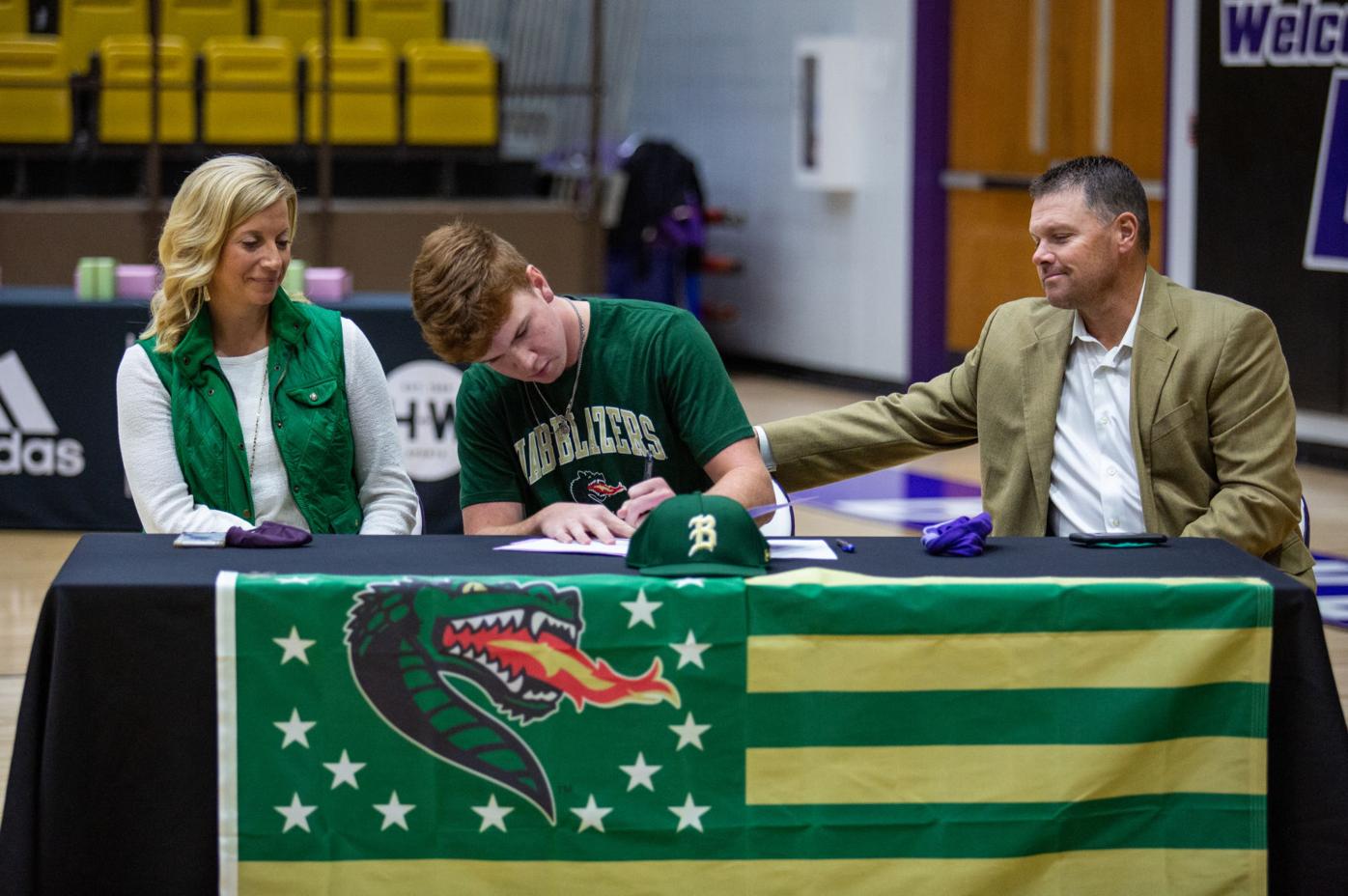 Bowling Green High School senior Carson Myers signs to play baseball at the University of Alabama at Birmingham while his parents watch at the National Signing Day event at BGHS on Wednesday, Nov. 11, 2020. (Grace Ramey/photo@bgdailynews.com) 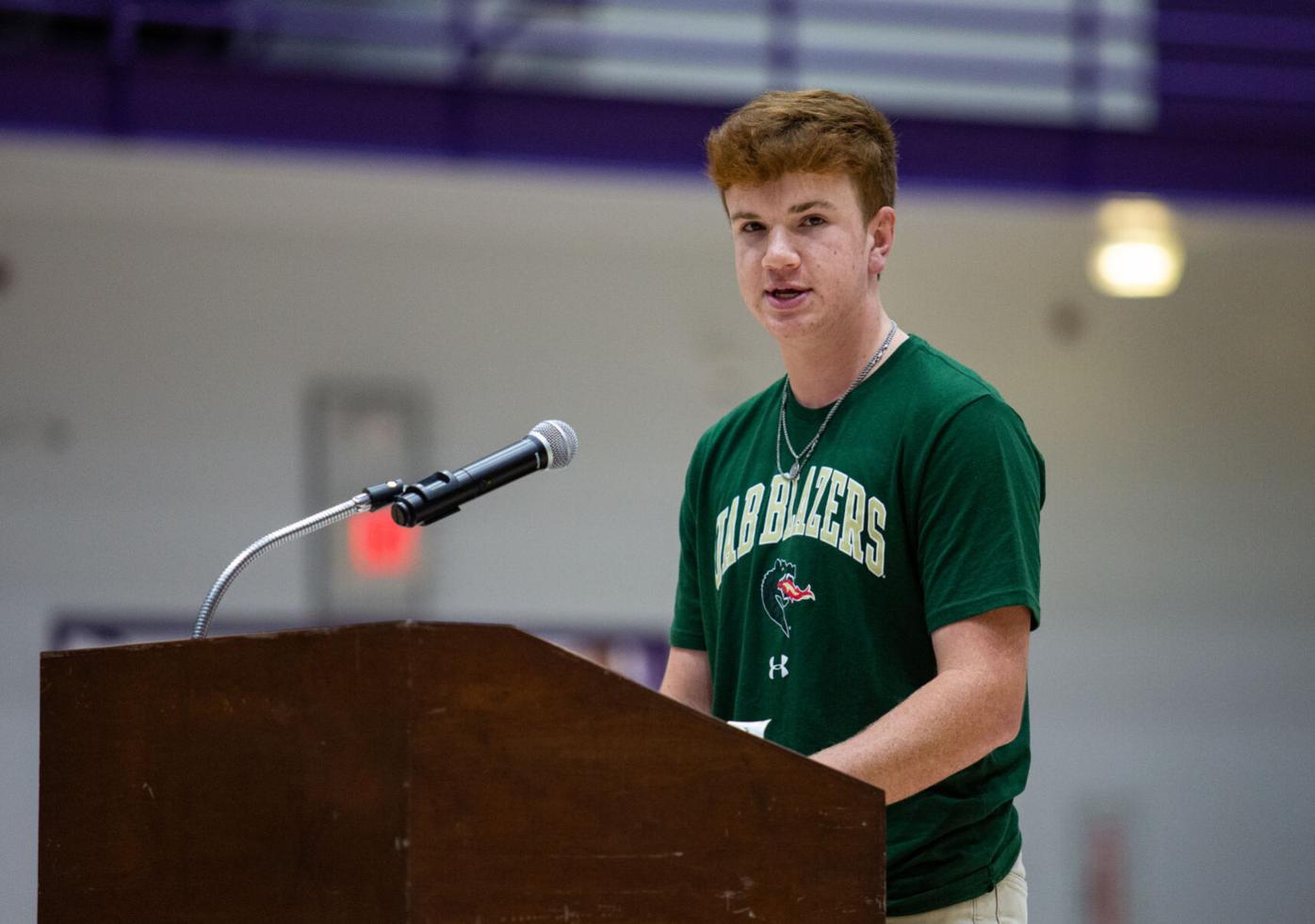 Bowling Green High School senior Carson Myers speaks at the National Signing Day event at BGHS on Wednesday, Nov. 11, 2020, before signing to play baseball at the University of Alabama at Birmingham. (Grace Ramey/photo@bgdailynews.com)

Bowling Green High School senior Carson Myers signs to play baseball at the University of Alabama at Birmingham while his parents watch at the National Signing Day event at BGHS on Wednesday, Nov. 11, 2020. (Grace Ramey/photo@bgdailynews.com)

Bowling Green High School senior Carson Myers speaks at the National Signing Day event at BGHS on Wednesday, Nov. 11, 2020, before signing to play baseball at the University of Alabama at Birmingham. (Grace Ramey/photo@bgdailynews.com)

“National signing day is something I have been waiting for since sophomore year,” Buchanan said. “It’s such an exciting day, not just for me but for all the signees today. It’s something we will all remember and we get to share with very special people – like family, friends and coaches.

“To go play at the next level has always been a dream. I can’t wait for the next step.”

Buchanan’s signing is the culmination of a commitment she made to Ole Miss two years ago, committing after her sophomore season. She has played club soccer the last two years in Tennessee.

“The moment I stepped on the Ole Miss campus, I completely fell in love,” Buchanan said. “The campus is beautiful. The coaching staff is great. The players are fantastic. I knew right away that was the school I wanted to go to.”

Moore just finished her senior season with the Lady Purples, earning all-state honors and named the co-Region 4 Player of the Year. She said she chose Jacksonville State over Bellarmine and Centre because it felt like home.

“I’m very excited about this opportunity,” Moore said. “I’m blessed and thankful to have this. I can’t wait to get down there and get started.”

Moore added Wednesday’s signing was a special day, allowing her to look forward to the next chapter.

“This is a big relief,” Moore said. “Now I can focus on my travel season and the rest of the school year.”

For Myers, Wednesday’s signing came after his junior year was canceled due to the COVID-19 pandemic. Myers said the recruiting process was also hampered, but he made sure to find a way to let schools know he was interested.

“Over the summer no coaches were able to come over and watch you, so I had to send several emails to get my name out there,” Myers said. “A lot of videos were sent from the games that I played. (Division III schools) could come, but no D II or D I so there was a lot of work going into it than a normal baseball season, but overall I think I did a pretty good job of what I should do for colleges.”

Myers said he ultimately chose UAB over Tennessee Tech and Belmont because it was the best fit.

“There is a big relief … especially signing that piece of paper,” Myers said. “All that hard work and dedication has paid off. This senior season, I still have to work really hard … but I get it to enjoy it because it is my last year.”

For Richardson, who just wrapped up her senior season with an appearance in the state tournament, Wednesday’s signing was a bit unexpected.

“I started my freshman year and I never played golf before, except a little with my dad when I was five, so I started a brand-new sport at an older age,” Richardson said. “I think the summer before my junior year is when I started to see the potential and I really started working harder, playing all offseason and getting lessons. I had it in my head it was something that I could do and that I really wanted to do it.”

She said she is excited to continue her career at Centre College, a campus that was a perfect fit and the only one she considered.

“I’m so relieved, just knowing what is next and not having to worry about it,” Richardson said. “(It’s nice) to be able to have a goal to work towards and just get better from here.”{&end}