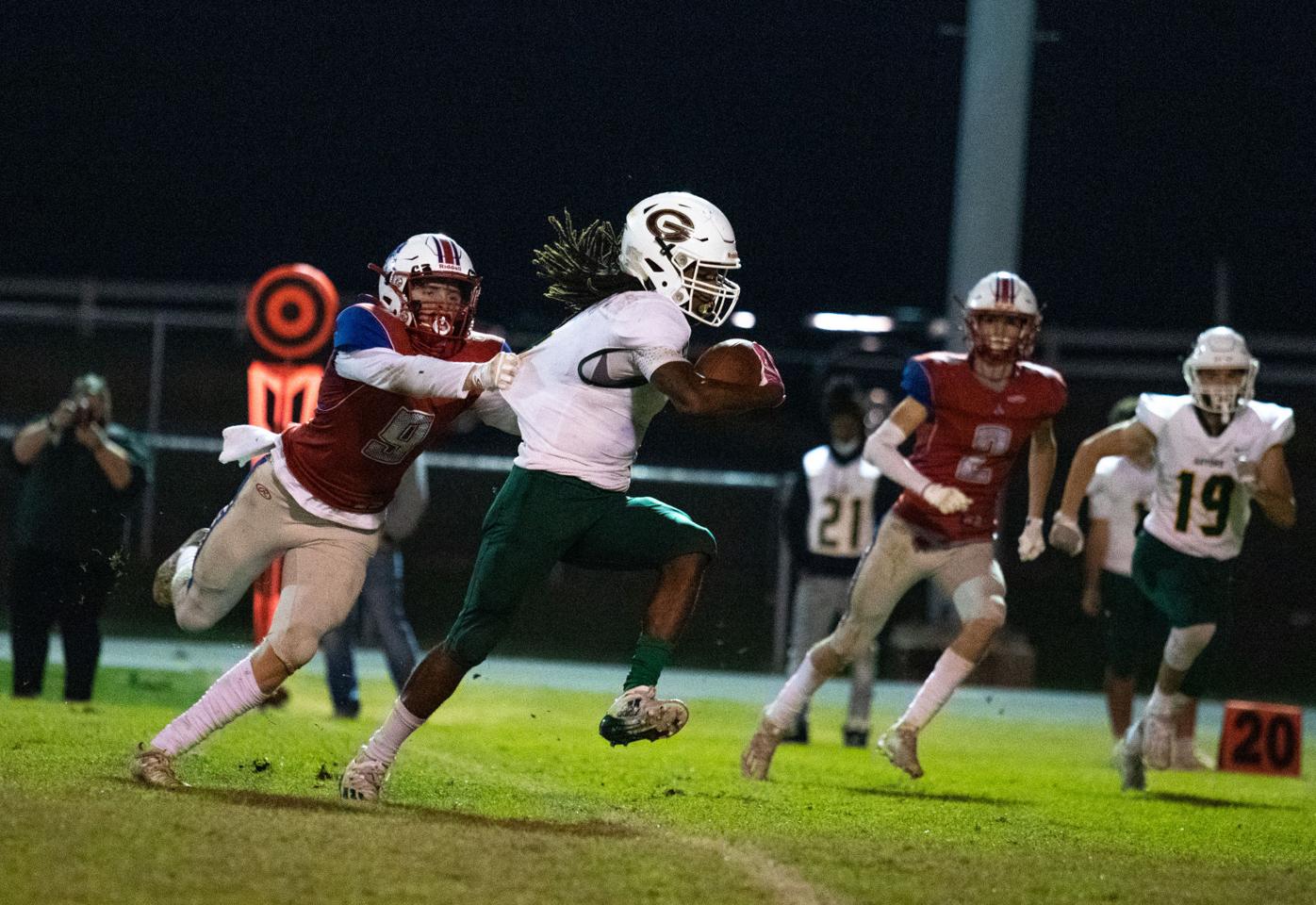 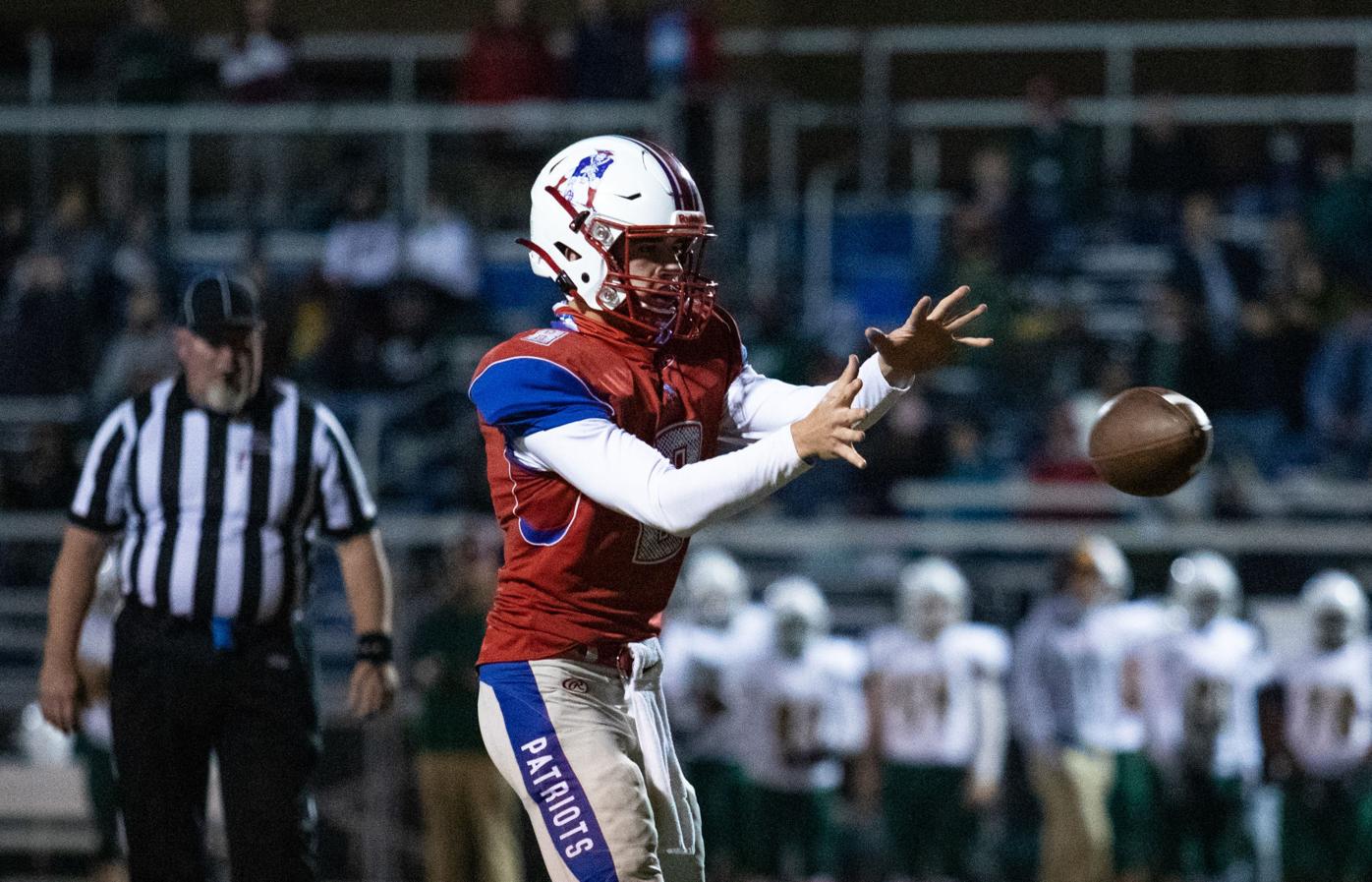 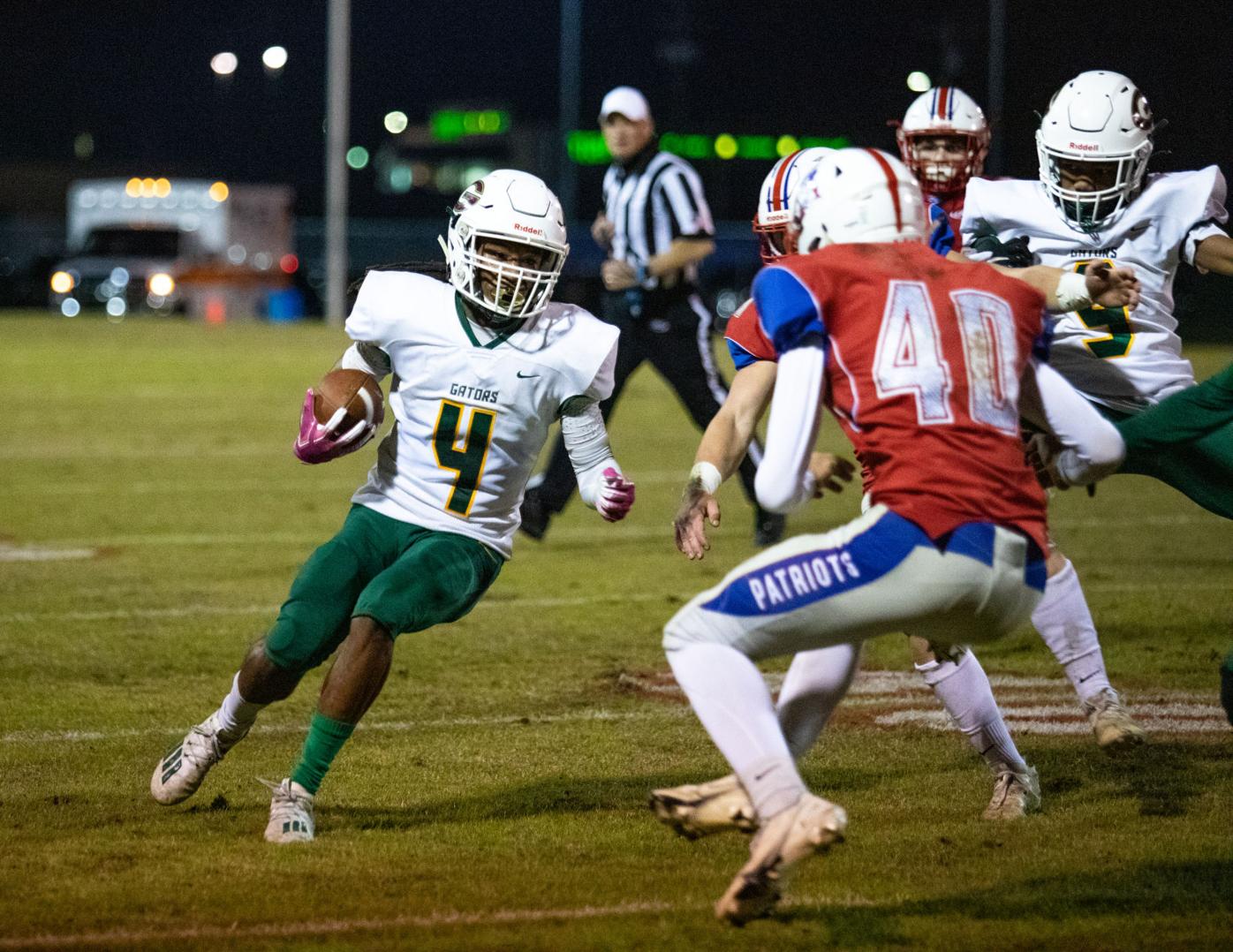 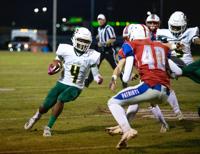 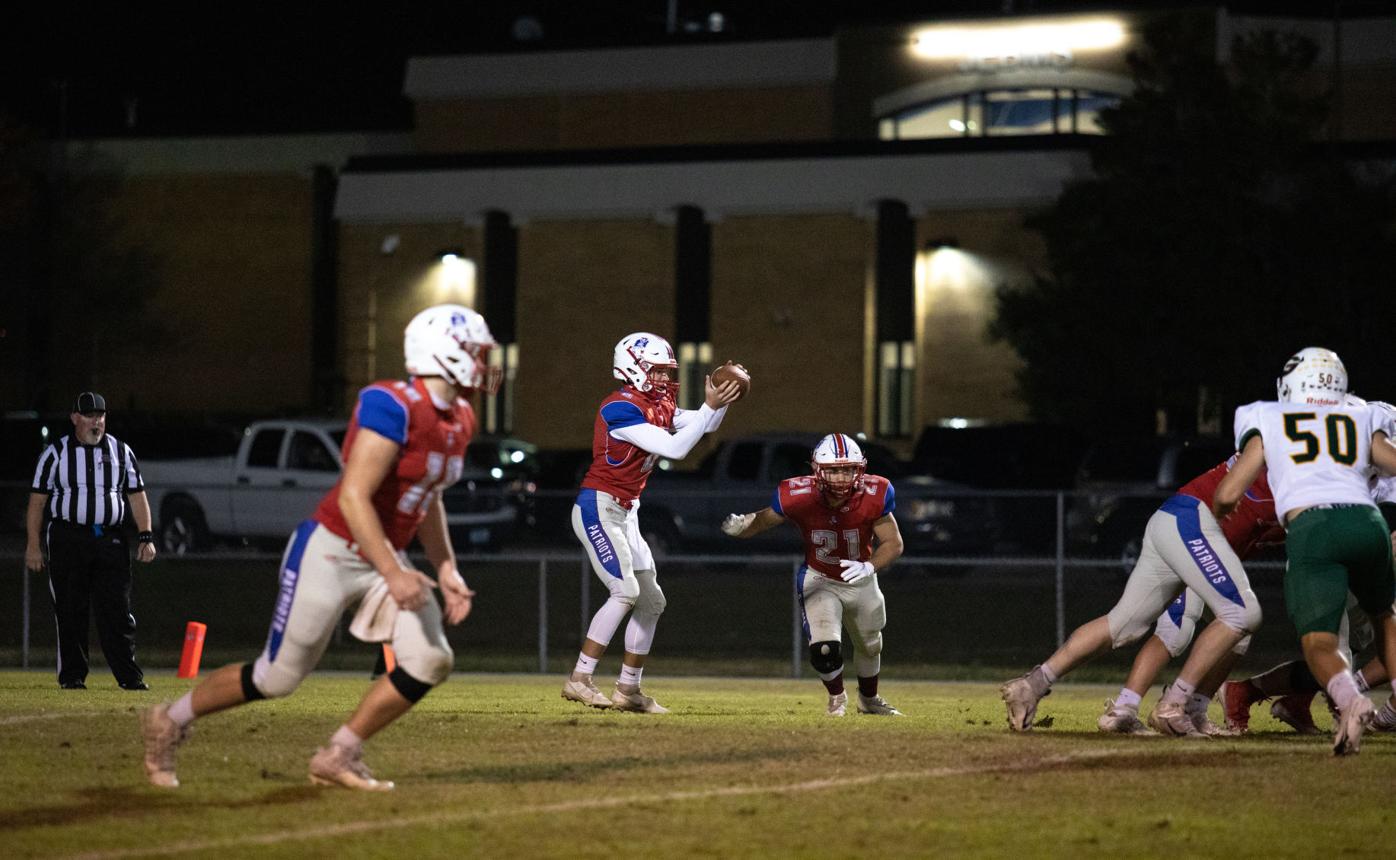 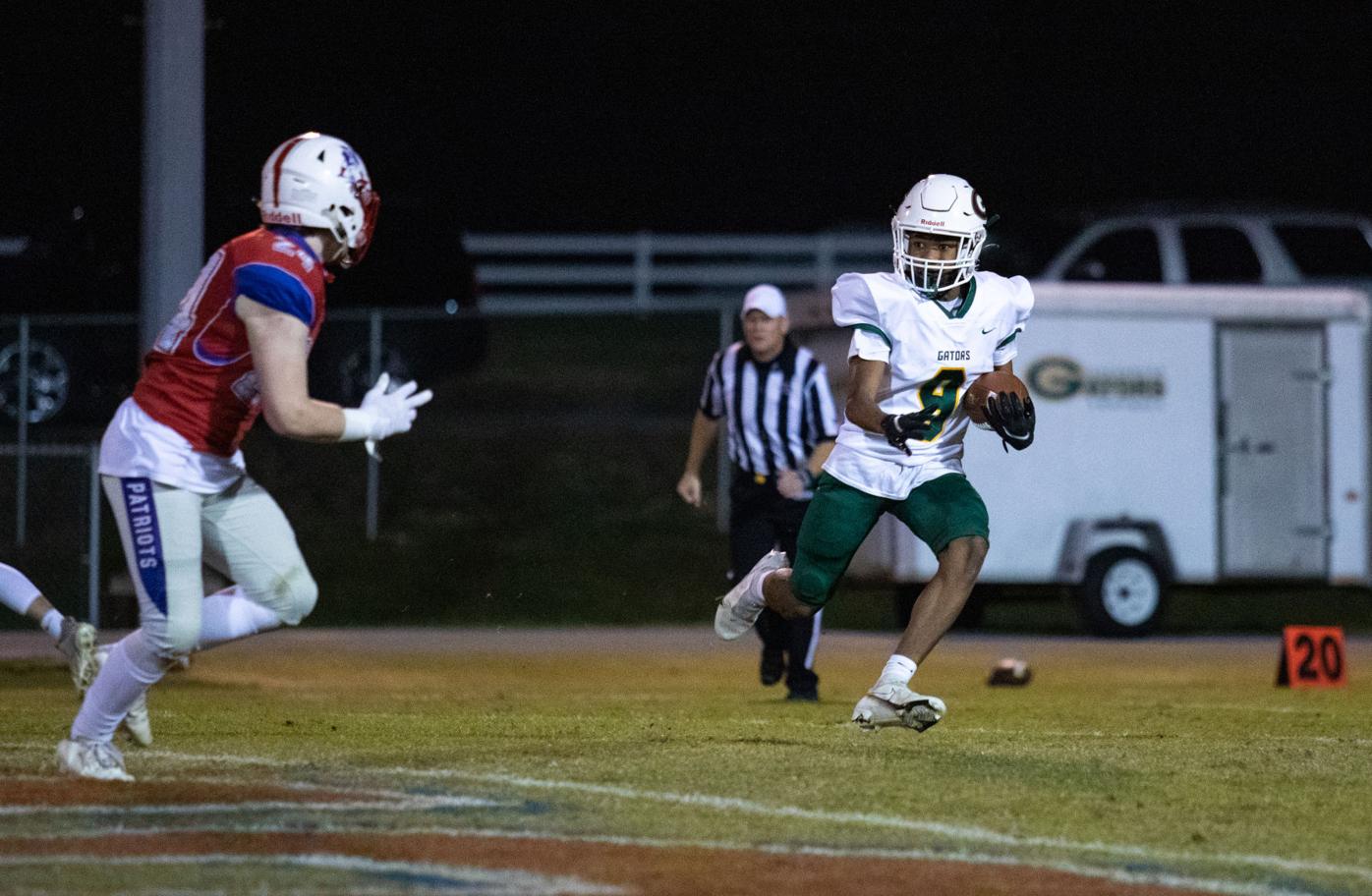 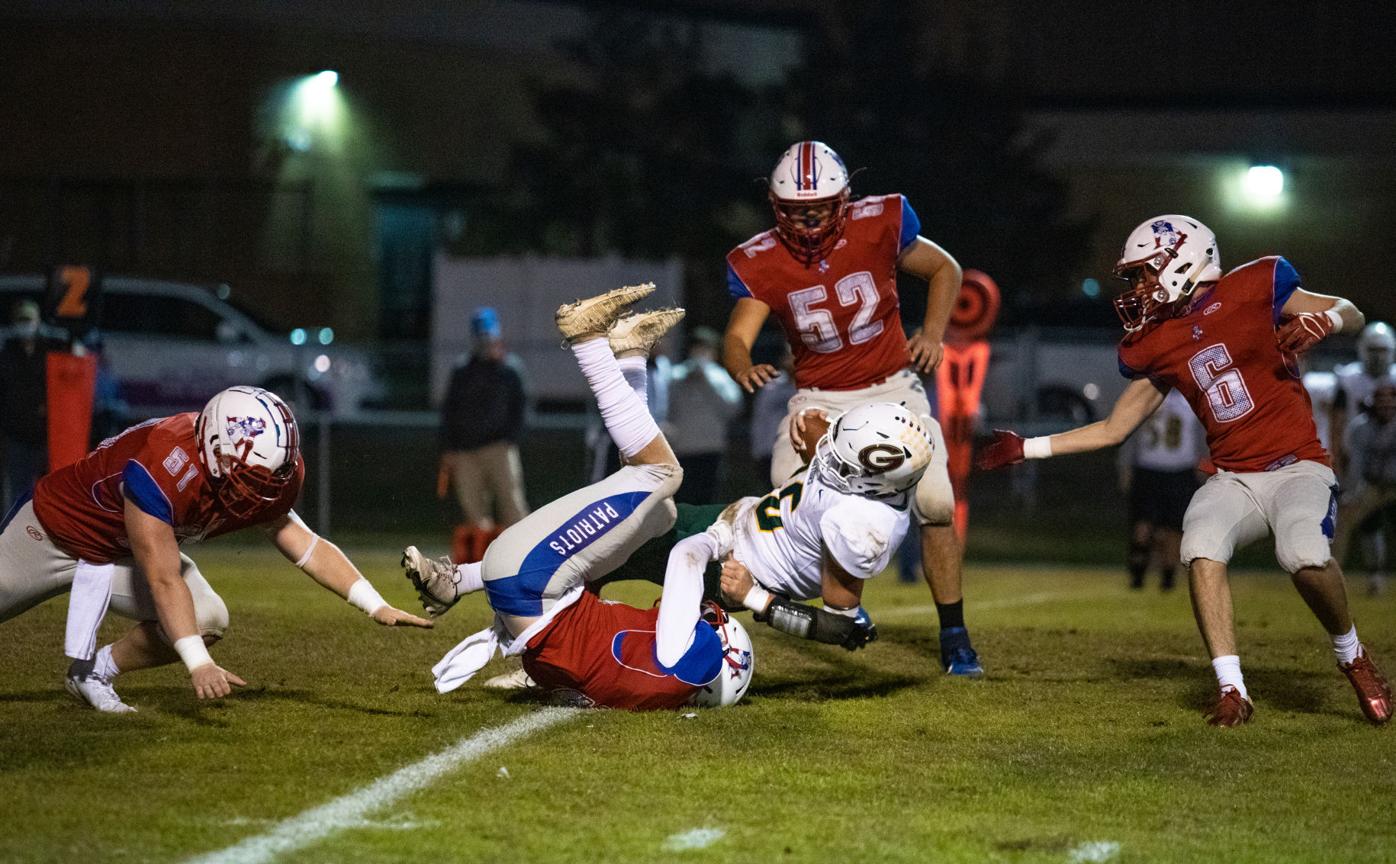 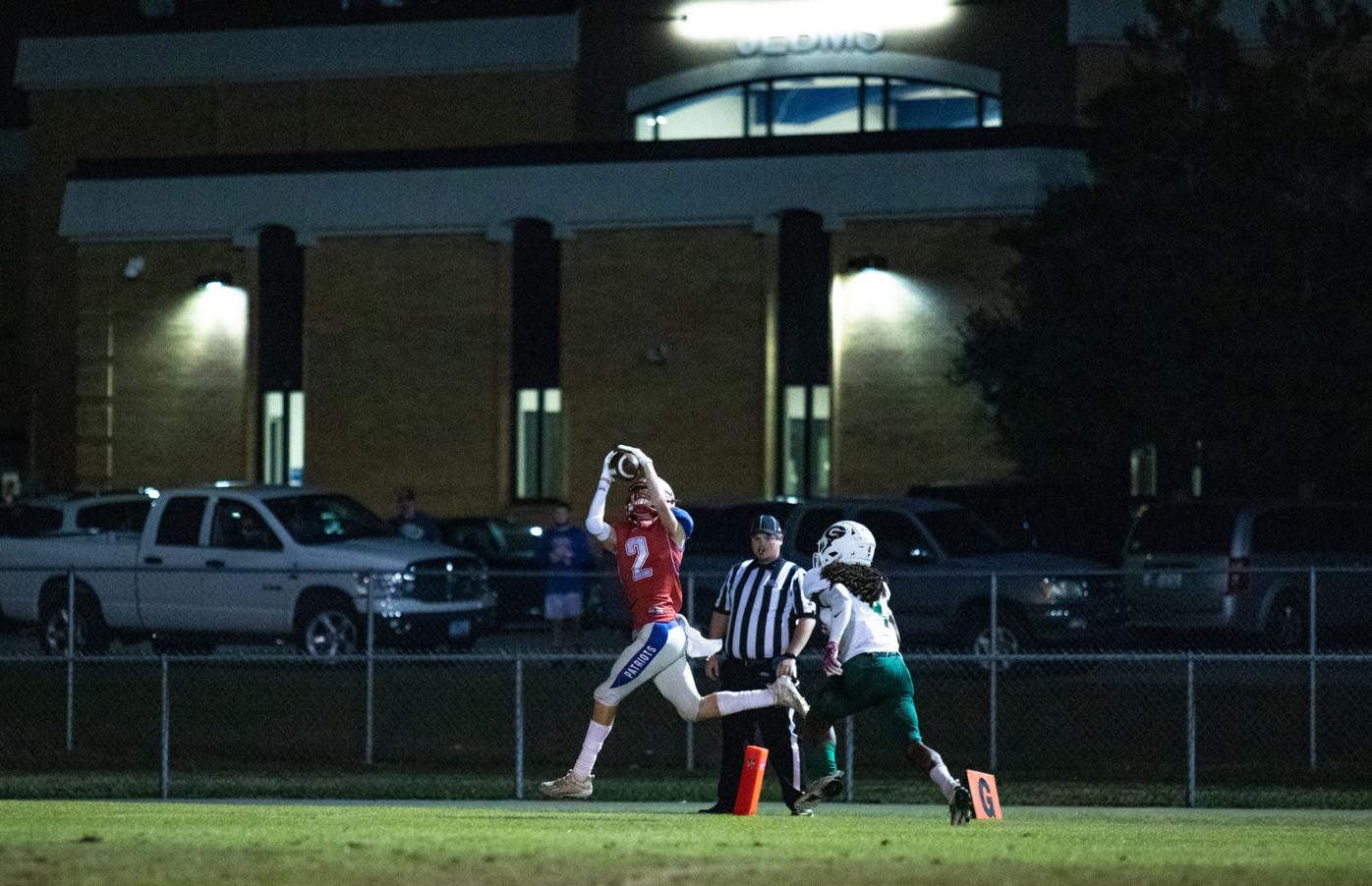 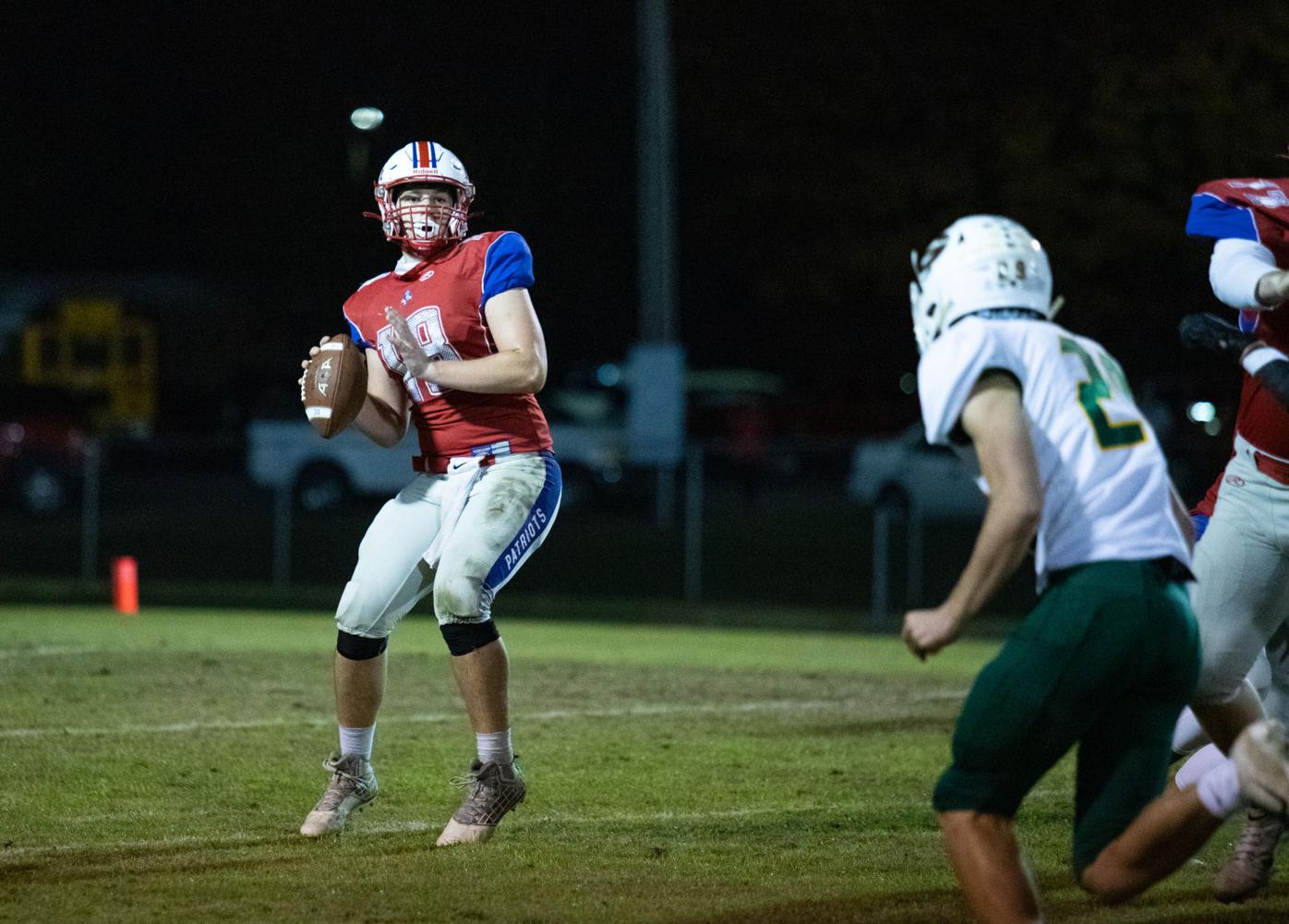 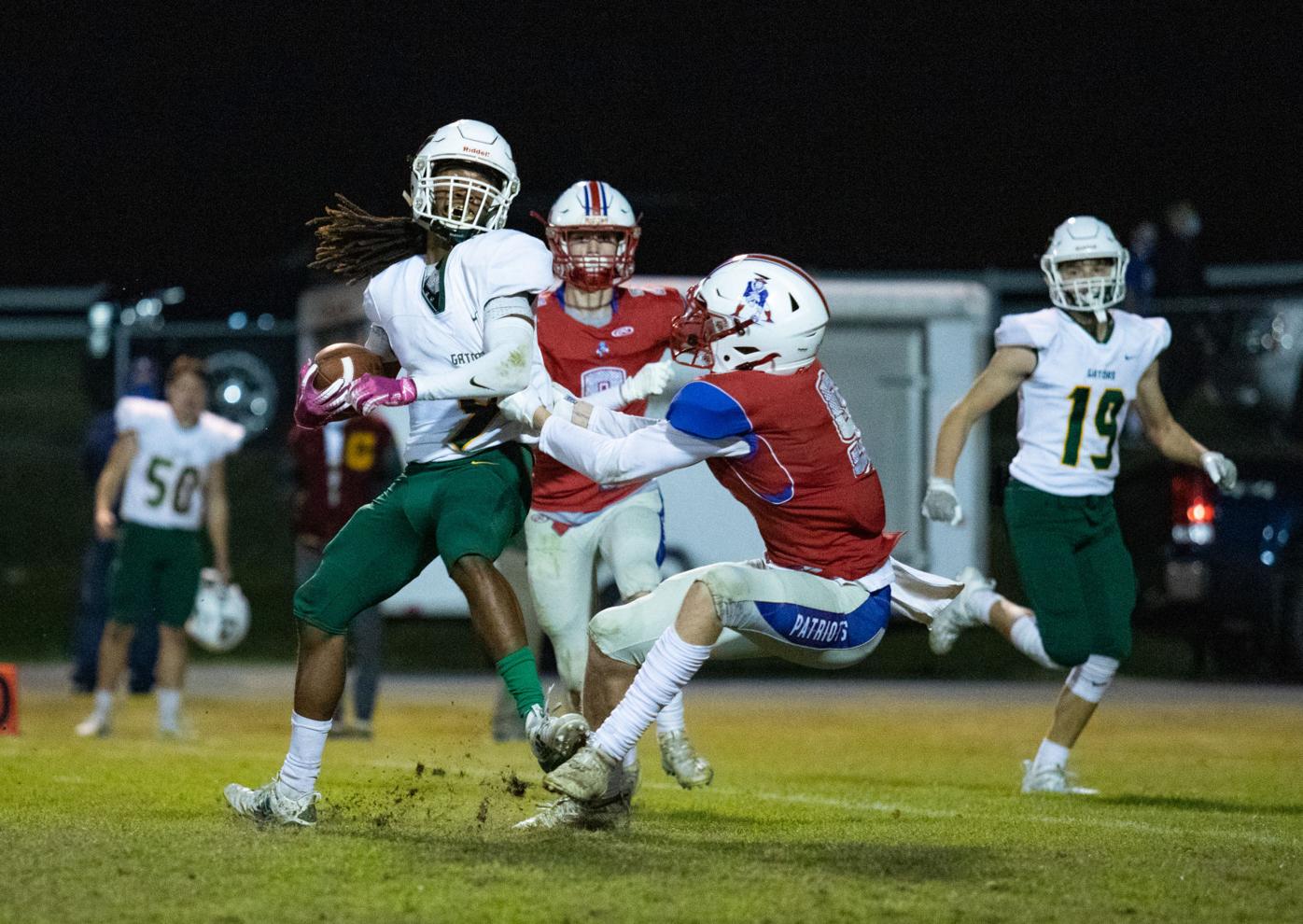 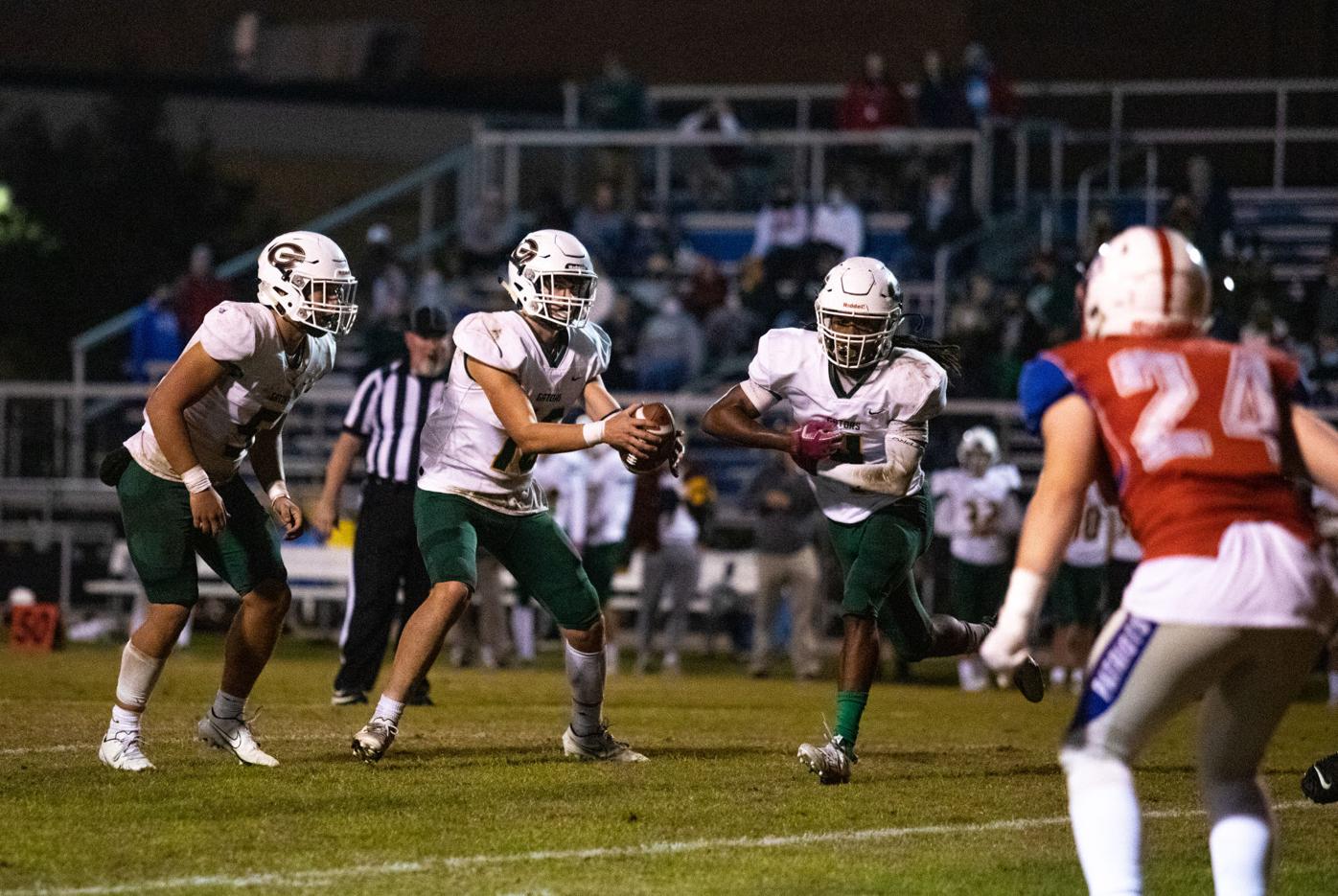 SCOTTSVILLE -- The lights came on just in time for the Greenwood football team, who used a strong second half to rally back for a 22-21 win over Allen County-Scottsville on Thursday.

Down nine points at a halftime that was extended by more than 30 minutes due to a bank of lights going out, Greenwood (6-2) regrouped to surge back in the second half to snap a two-game skid and gain some much needed momentum going into next week’s postseason.

“It was great for us,” sophomore linebacker/quarterback Lofton Howard said. “We’ve got a big game ahead of us. We just have to move on to the next game.”

The regular-season finale was a sloppy affair with seven combined turnovers, a blocked punt and two kickoff returns for touchdowns.

Allen County-Scottsville (3-3) controlled the first half, scoring on a Thorny Walker field goal at the end of the first quarter and adding a Tanner Stinson touchdown pass from Trace McIntyre with 3:25 remaining in the second quarter to make the score 9-0.

Greenwood marched down to the ACS 18-yard line late in the first half, but Jax Cooper’s interception stopped the drive and kept the Patriots' lead at nine points heading into halftime.

The teams got a bit of extra time before the second half start after half of the stadium’s bank of lights went out -- taking about a half hour to be restored.

Greenwood’s offense opened the second half with a three-and-out, but a turnover gave the Gators the ball back in ACS territory. The Gators' offense responded with Howard’s 6-yard keeper that cut the deficit to 9-7.

ACS answered on the ensuing kickoff, a 95-yard return for a touchdown by Cooper that pushed the Patriots' lead back to 15-7.

The Patriots extended the lead to 21-7 late in the third quarter on an 18-yard touchdown pass to Brandon Baxter off a tipped pass, but Greenwood answered with a 75-yard kickoff return for a touchdown by Dave Odom to make the score 21-14 heading into the fourth quarter.

Greenwood’s special teams struck again midway through the fourth, with Lofton Howard’s blocked punt giving the Gators the ball at the ACS 13.

Four plays later, Sebastian Conwell’s touchdown run trimmed the deficit to one. The Gators opted to go for the win, with Conwell converting the two-point conversion that gave Greenwood its first lead of the night with 3:46 left in the game.

“We were in a situation at halftime with the lights went out where it was, “Are we going to finish this game? Or not finish this game?” Greenwood coach William Howard said. “We were talking about the most important one was next week and I thought by going for two … then the game was going to be decided in regulation and we wouldn’t have to go to overtime and keep these kids on the field any longer than we had to.”

ACS had two chances to regain the lead in the final minutes, but the first drive ended on downs and the second drive ended with a Howard interception to seal the victory.

“We didn’t come out and get going in the second half after the light delay,” ACS coach Brad Hood said. “We had a few opportunities to get going and we just let things go back down.

“Like I just told the team, if I can’t get them to play up for me then maybe it needs to be on me. I’ll shoulder it. I didn’t have my team ready to come out and get physical in the second half. I think we let them bully us a little bit and it cost us the ballgame.”

Both teams now head to the postseason, with Greenwood scheduled to open at Bowling Green next Friday and Allen County-Scottsville scheduled to host Franklin-Simpson.