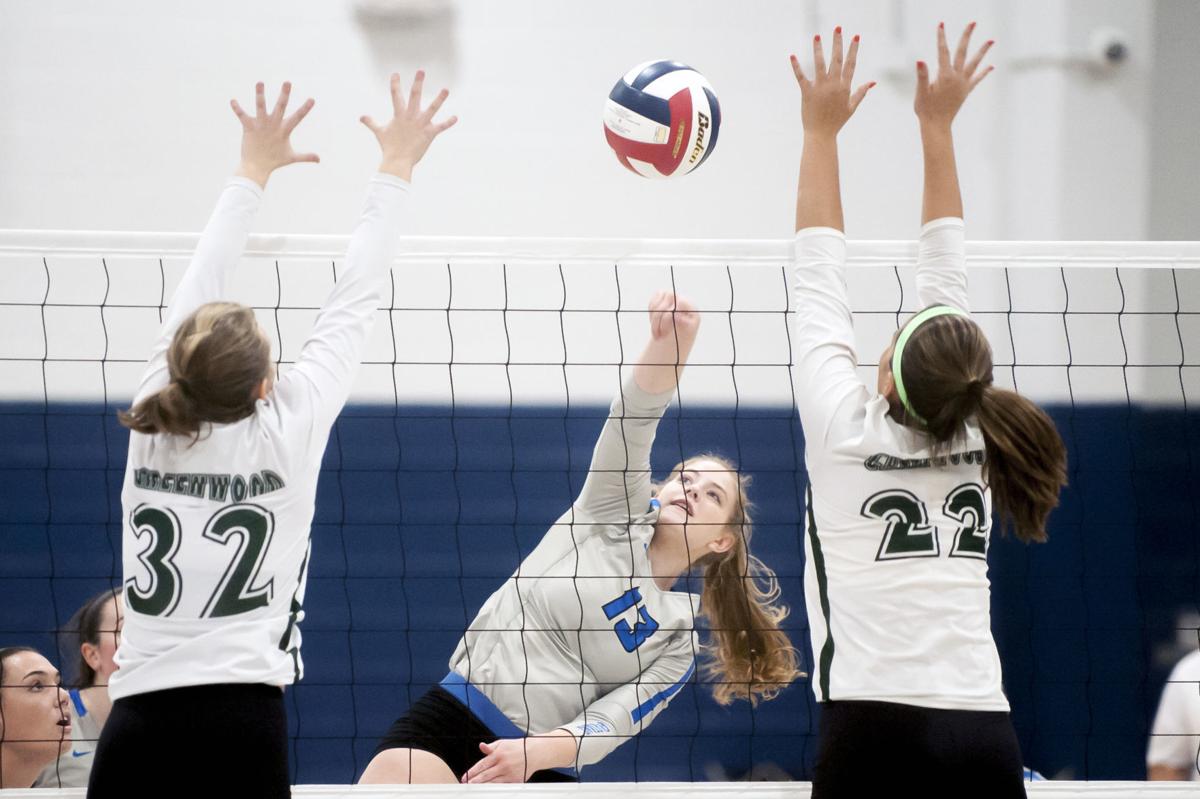 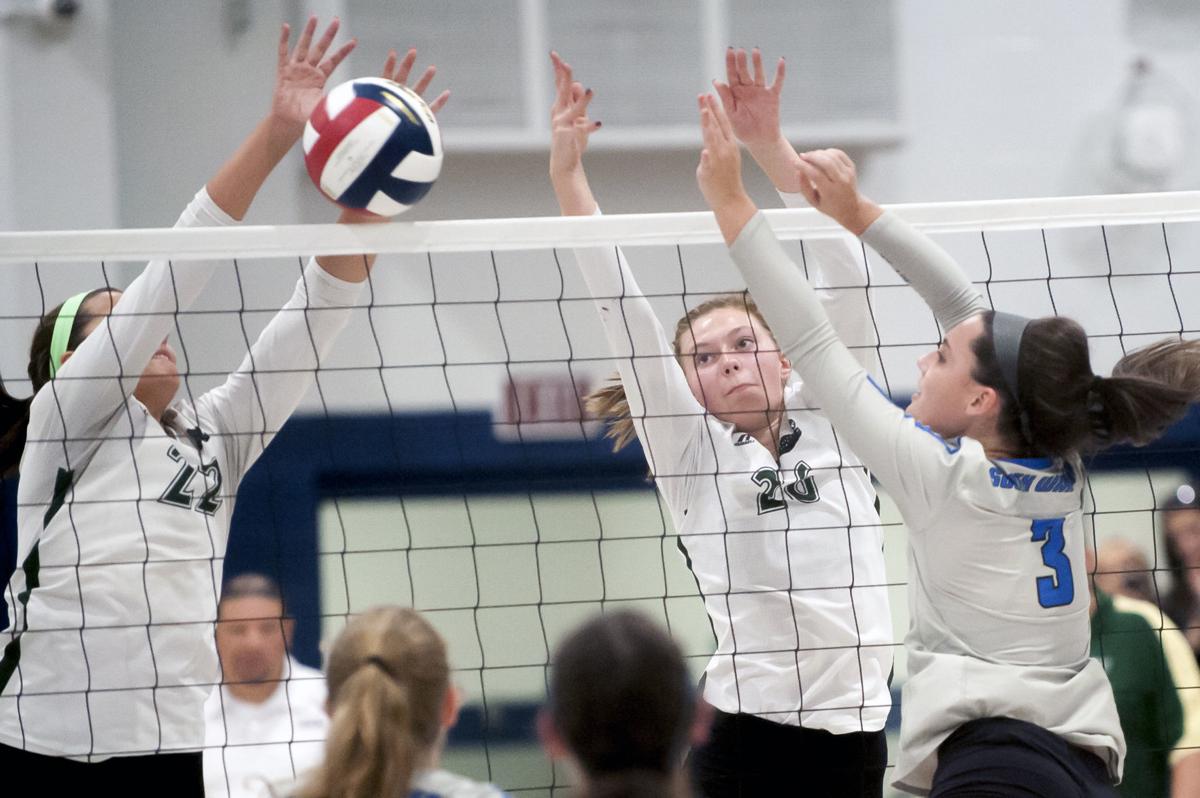 As the Greenwood volleyball team opens play in the state tournament against Henderson County at 8:30 a.m. CST on Friday at Valley High School, the Lady Gators will look to continue what they have done best all season – control the net.

With a pair of veteran hitters – senior middle hitter Annee Lasley and junior outside hitter Katie Howard – and the emergence of sophomore outside hitter Olivia Overmohle, Greenwood has formed a three-headed monster that compliments each other and has proven to be a headache for opposing defenses.

The trio has built a bond similar to last year’s team that featured Lasley, Howard and then senior Emmie Bender.

Howard, recently named first team all-state, leads the way with 468 kills. Lasley, fresh off a 21-kill performance in the region final, has 360 kills, while Overmohle has 39 of her 223 kills in the postseason.

For Howard and Lasley, success has been an ongoing thing.

While Overmohle has stepped up, her rise wasn’t completely out of nowhere. She played a little last year when Bender was out, something that Howard said has helped her this year.

“She seems like a senior because she plays to a high level,” Howard said. “She’s been there throughout. When Emmie was hurt, she played in some high-level matches. When Emmie graduated out, it was natural to have Olivia come up and play with us.”

Greenwood coach Allen Whittinghill calls Overmohle a hard-hitting gunslinger who has taken a while to translate her game from the practice floor to game situations.

“Olivia just terrorizes us in practice,” Whittinghill said. “She beats the crap out of everybody. What’s funny is I always say, ‘Just play like you do in practice. You don’t have to do anything special.’ I think she has some really good games lately and I think she is one of those players who hasn’t unlocked her full potential.”

Overmohle said it’s been helpful to have the experience Lasley and Howard bring.

“It’s amazing having two incredible volleyball players ahead of me,” Overmohle said. “They are both like really sweet and incredible teammates. I never have to worry about being an underclassman because with them I feel like I am welcomed on the varsity team. It’s great to work with them, having them take me under their wing.”

Lasley enters her final weekend of her prep career with a reputation for being one of the team’s calmest – and funniest – players.

“She is incredibly funny,” Whittinghill said. “If there is tension around, Annee will make a comment and have everybody cracking up. She instantly puts everybody at ease.”

She may be fun around her teammates, but she is no fun for opposing players – with an unorthodox delivery on her swings, a hitch that allows her to hit from unique angles.

“I’ve been told for years to get my shoulder and elbow up whenever I hit,” Lasley said. “People try to change it, but I just don’t. I’ve learned to adapt to it.

“It’s a little bit harder to block because the arm is so much slower than when they jump up, so they go too soon. It does help a little bit.”

“I haven’t seen a middle in the state that is better than her and I have seen a bunch,” he said. “Annee is really tough to figure out and defend.”

Even Lasley’s teammates have trouble trying to defend her in practice.

“When we play 6-on-6 and she is on the other side of the net, it is so hard to time the block,” Howard said. “I feel like that is where she gets her best power and swing from.”

Howard, who has already committed to Western Kentucky, has developed a reputation as a player that can make a play anytime, any place on the floor.

“Katie can hit any set, any shot,” Lasley said. “It can be 20 feet off the net and she can still get it over. It’s really impressive.”

Whittinghill said her work effort off the floor rivals what she has accomplished on the court.