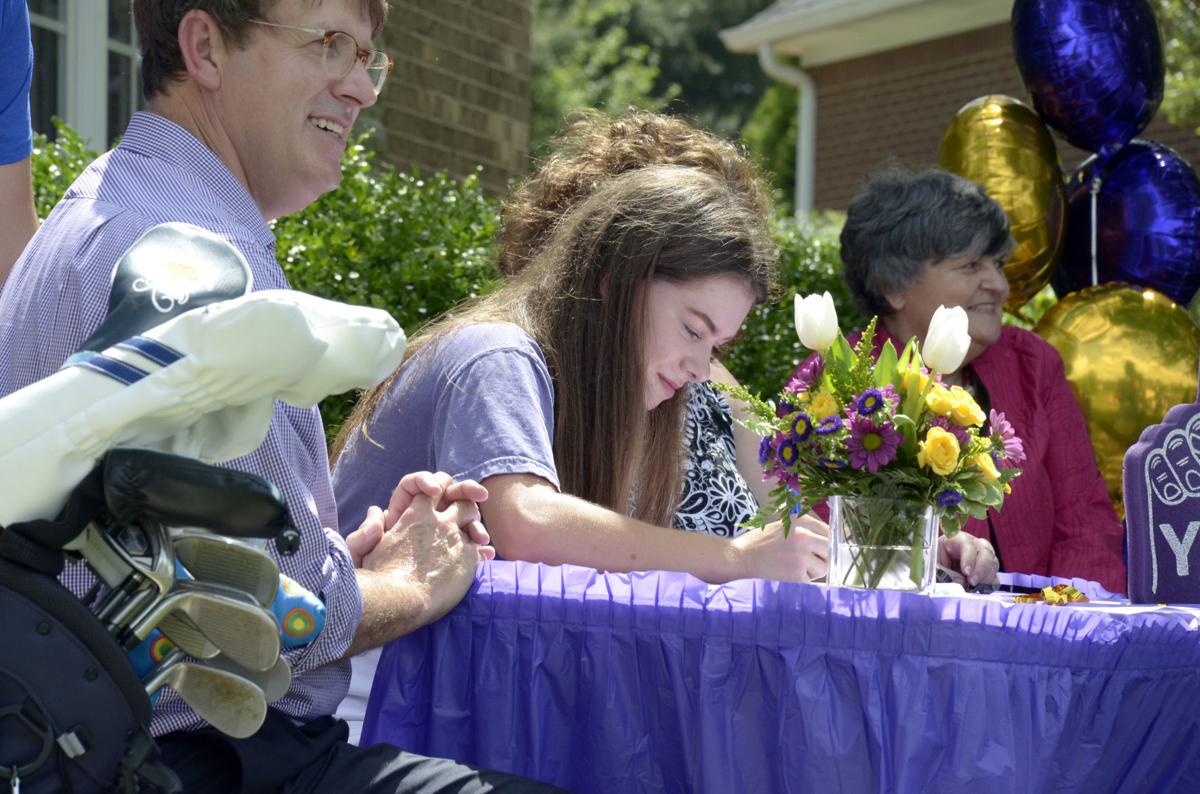 Greenwood senior Emily Morgan (center) signs to play golf at Sewanee:The University of the South on Saturday in Bowling Green. 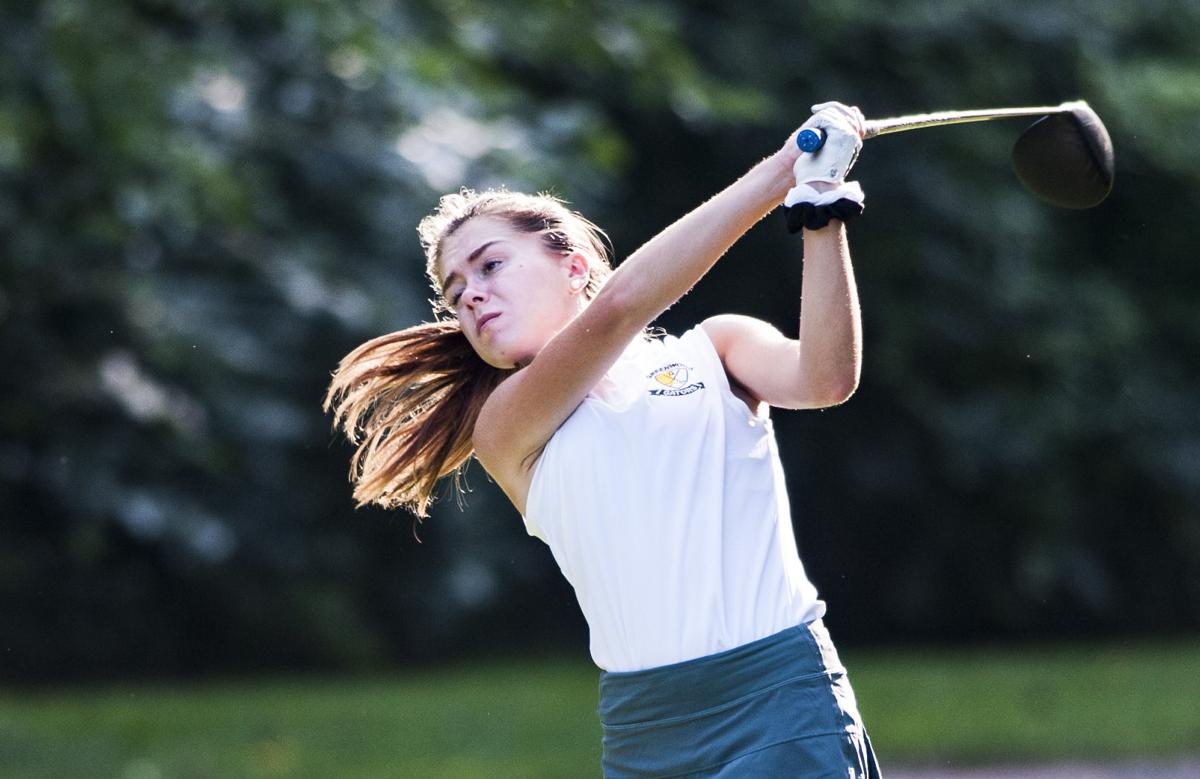 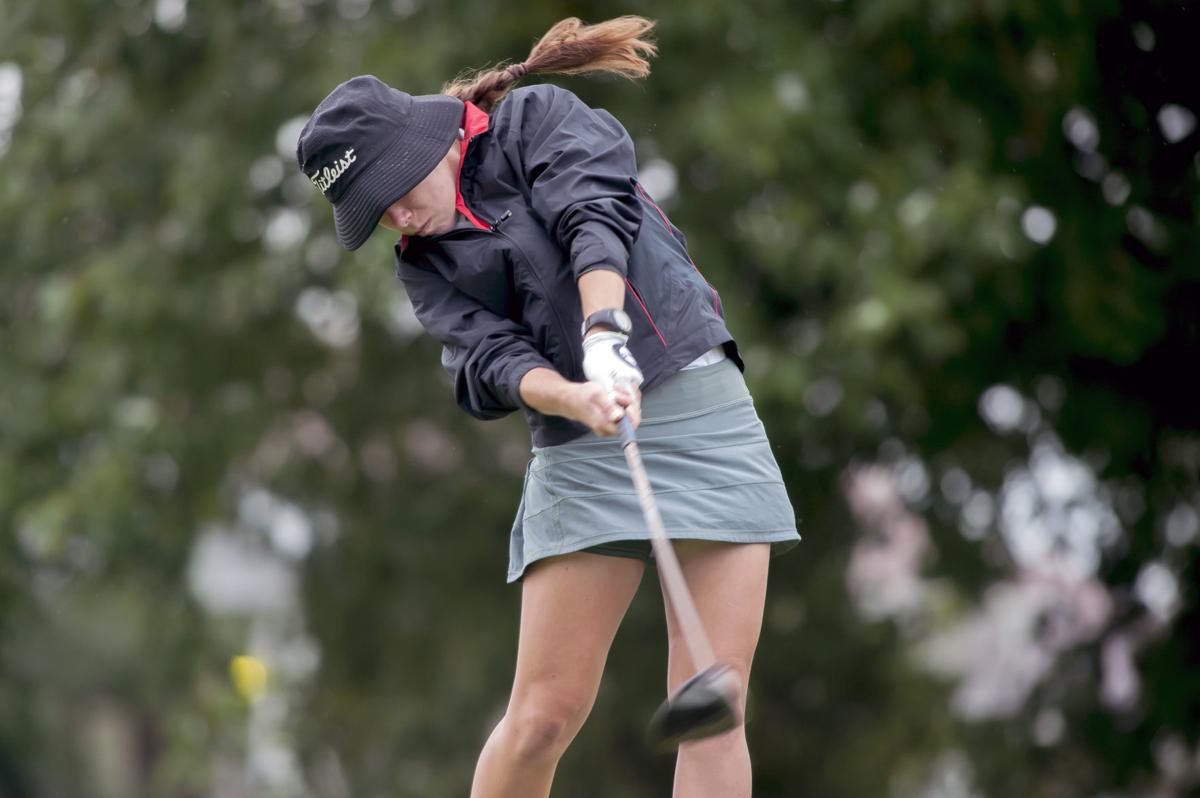 Greenwood senior Emily Morgan (center) signs to play golf at Sewanee:The University of the South on Saturday in Bowling Green.

Emily Morgan had her signing day all planned out. The Greenwood senior golfer was supposed to sign to play at Sewanee: The University of the South in March, but the coronavirus pandemic forced her special day to be postponed.

After being forced to stay away from others and with schools going to nontraditional learning, it actually made the moment she put pen to paper and signed with the Tigers in front of friends and family in her yard Saturday more memorable.

“When I had it planned in March, I was very excited for it. I mean, it’s your signing day,” Morgan said. “But having it right now under these circumstances and being able to have it at my house with all my close family and friends come by, it made it even more special than the original date that we had in mind.

“It’s a little weird. I don’t think I’ve seen this many people in one place during quarantine, but I’m surrounded by all the people that love me today and I couldn’t ask for a better day.”

Morgan says she’s been playing golf since she could stand, recalling photos of herself at golf lessons when she could barely walk. She joined Greenwood’s team as a seventh grader and started working on her recruitment her freshman and sophomore years, she says.

“In seventh grade I played varsity and ever since then I have,” Morgan said. “It just kind of felt like why stop now?”

She continued to play throughout her high school career, which she capped off with an appearance in the 2019 KHSAA Girls’ State Golf Championship. Morgan shot a 12-over 84 in the first round at Bowling Green Country Club to make the cut, before finishing tied for 39th with a two-day 24-over 168.

Morgan says she’s excited to travel as a member of the Tigers and to grow her golf family like she did while at Greenwood.

During the coronavirus pandemic, golf courses have remained open. Morgan says she’s been busy with schoolwork online, but has continued to play when she can – she’s been a member at The Club at Olde Stone, calling it “basically my second home in the summer.”

Morgan plans to continue working on her game, hoping specifically to improve on her putting, before heading off to the NCAA Division III school that competes in the Southern Athletic Association.

“ ‘Drive for show, putt for dough’ is the saying that my parents like to say,” she said. “My drive is probably one of the best parts of my game right now, but golf is not consistent. You’ve got to keep working on it every single day.”