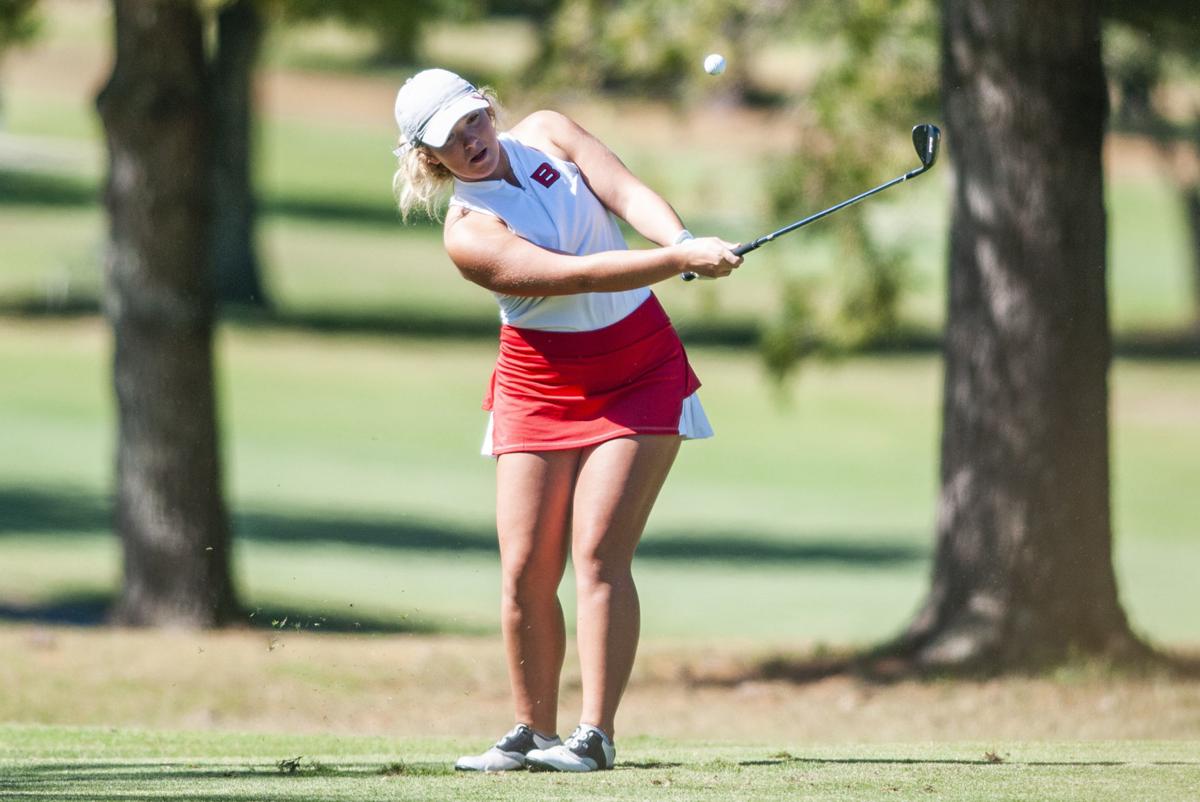 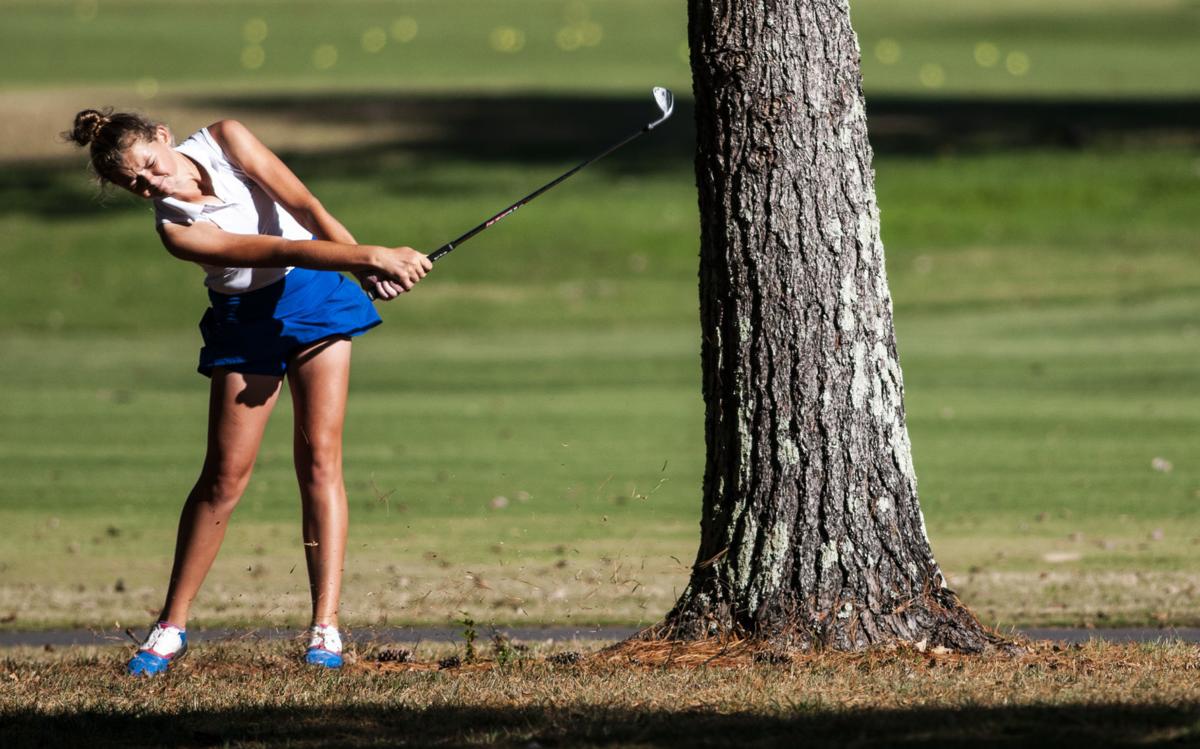 Samantha Hinchman won Boyd County’s first individual girls’ state golf title in 1985, and after more than three decades of waiting for the next one, it was fitting Olivia Hensley spent most of Wednesday waiting at Bowling Green Country Club.

First, it was waiting to start playing after a thick fog blanketed the course. Then, it was waiting for everybody else to finish after she shot a 1-over 73 in the final round of the 2019 Leachman Buick-GMC-Cadillac/KHSAA Girls’ State Golf Championship.

But the waiting was worth it for the senior Morehead State commit.

Hensley’s six birdies led the field in Tuesday’s first round and left her in a position to contend for the title Wednesday. She finished the round with a 3-under 69, putting her in a tie for first with Frye.

She started slow in the second round, posting a double bogey on the first hole after the tournament was delayed over an hour due to fog.

“Olivia is a fueled person. She wears it on her sleeve a lot of times, but her maturity is starting to show through. She actually turned me away. I went to her to help her and try to calm her down a little bit and she said, ‘Dad, I’ve got this,’ ” Hensley’s father and coach, Scott Hensley, said. “And she did.”

Hensley responded with pars on the next nine holes, before back-to-back birdies on No. 11 and 12 to get back to even on the round. She sandwiched another birdie between bogeys on the 15th and 17th holes and two-putted on 18 for par to finish at 1-over.

From there, it was waiting. Frye didn’t tee off until after 1 p.m. – right around the time Hensley was finishing her round. Frye got off to a slow start and was 6 over through the first three holes. She finished the round with an 8-over 80 and the tournament 5 over to finish as the individual runner-up.

“It was a good few hours we had to wait. We were just watching in anticipation, you know?” Olivia Hensley said. “It was just nerve-wracking.”

Hensley won three region titles and had two region runner-up finishes in her career. The title came after five trips to Bowling Green, including finishes tied for 12th, 29th and 24th the last three years, before finally breaking through in her final chance.

This year’s appearance in the state tournament came after a disappointing end in her final region tournament. Hensley fell in a playoff to Ashland Blazer’s Kate Hanni after both shot even par 72 in the Region 12 Tournament at Hidden Cove Golf Course.

Hensley was close to the top of the leaderboard at the Kentucky Golf Coaches Association Girls’ All-State Championship – a tournament comprised of the top 15 teams in the state regardless of region, along with the top 21 individuals not on those teams – as well. She shot a two-day total of 2-over 146 at the University Club of Kentucky in Lexington and finished in a three-way tie for fifth with Hanni and Bullitt East’s Macie Brown.

On Wednesday, though, she wasn’t near the top – she was at the top.

“Hindsight, I’m actually kind of glad (region) turned out the way it did,” Scott Hensley said. “I would have loved to see her four-peat in region, but I think it lit a little bit of a fire underneath of her.

“She realized that you’re not going to win them all. It kind of brought her down – I don’t want to say to reality because she’s never been overbearing or anything – but it got her working again. She’s worked harder the last two weeks than I’ve ever seen her work, and it’s paid off.”

“We’re deep. We’ve got five girls that can shoot in the 70s consistently,” LCA coach William Frye said. “That’s why they’re as successful as they are – because there’s always somebody to pick up the slack when somebody has a bad day.”

The Lexington Christian coach will be going out on top as well with Laney Frye, his daughter, graduating.

“It’s just a blessing,” William Frye said. “The memories I’ll have forever and I’m happy for these girls and their families most of all.”

South Warren finished second – the best finish in program history – with a score of 660, Marshall County was third with a 674 and Sacred Heart Academy was fourth with a 683.

Behind Hensley and Frye in the individual standings was South Warren’s Faith Martin at 8 over. McCracken County’s Jessica Stephens and Shelby County’s Grace Clark tied for fourth at 9 over and South Warren’s McKenna Stahl was sixth at 10 over. Great Crossing’s Rylea Marcum was seventh at 11 over and Madison Central’s Mattie Neeley, Monroe County’s Connor Geralds, Marshall County’s Savannah Howell and Hanni were in a tie for eighth.

The South Warren girls’ golf team capped off a memorable season with its best finish in program history.