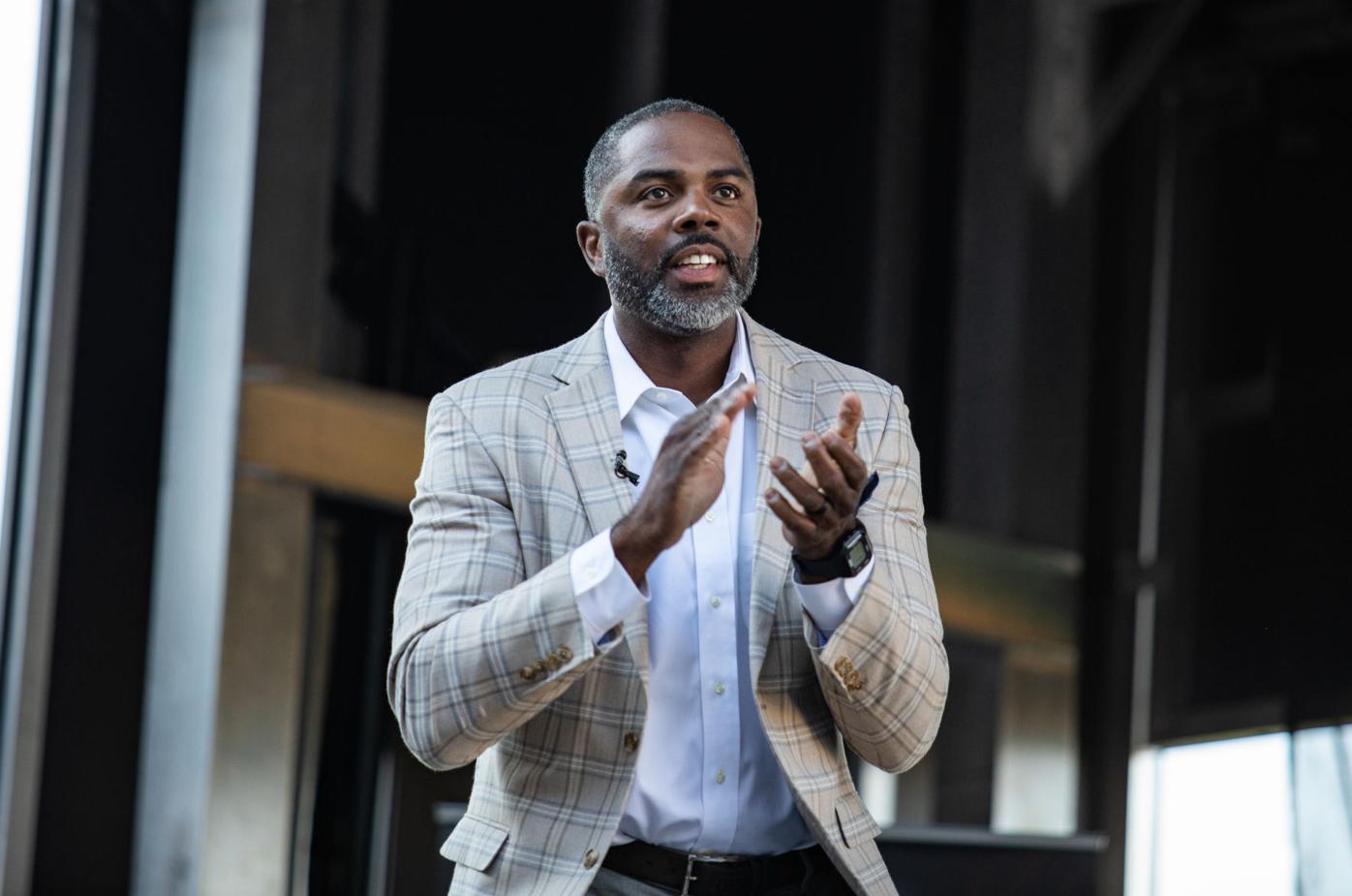 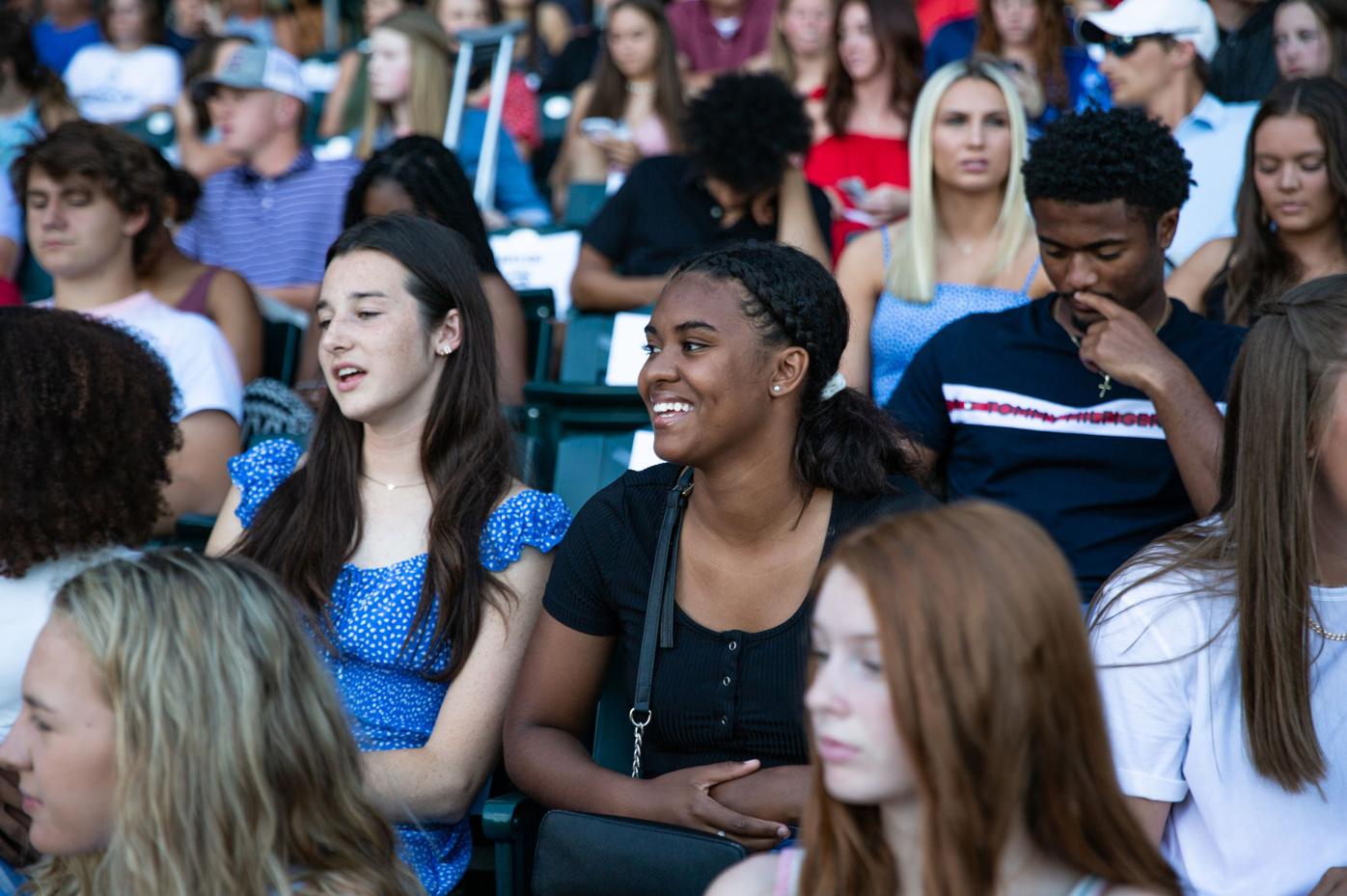 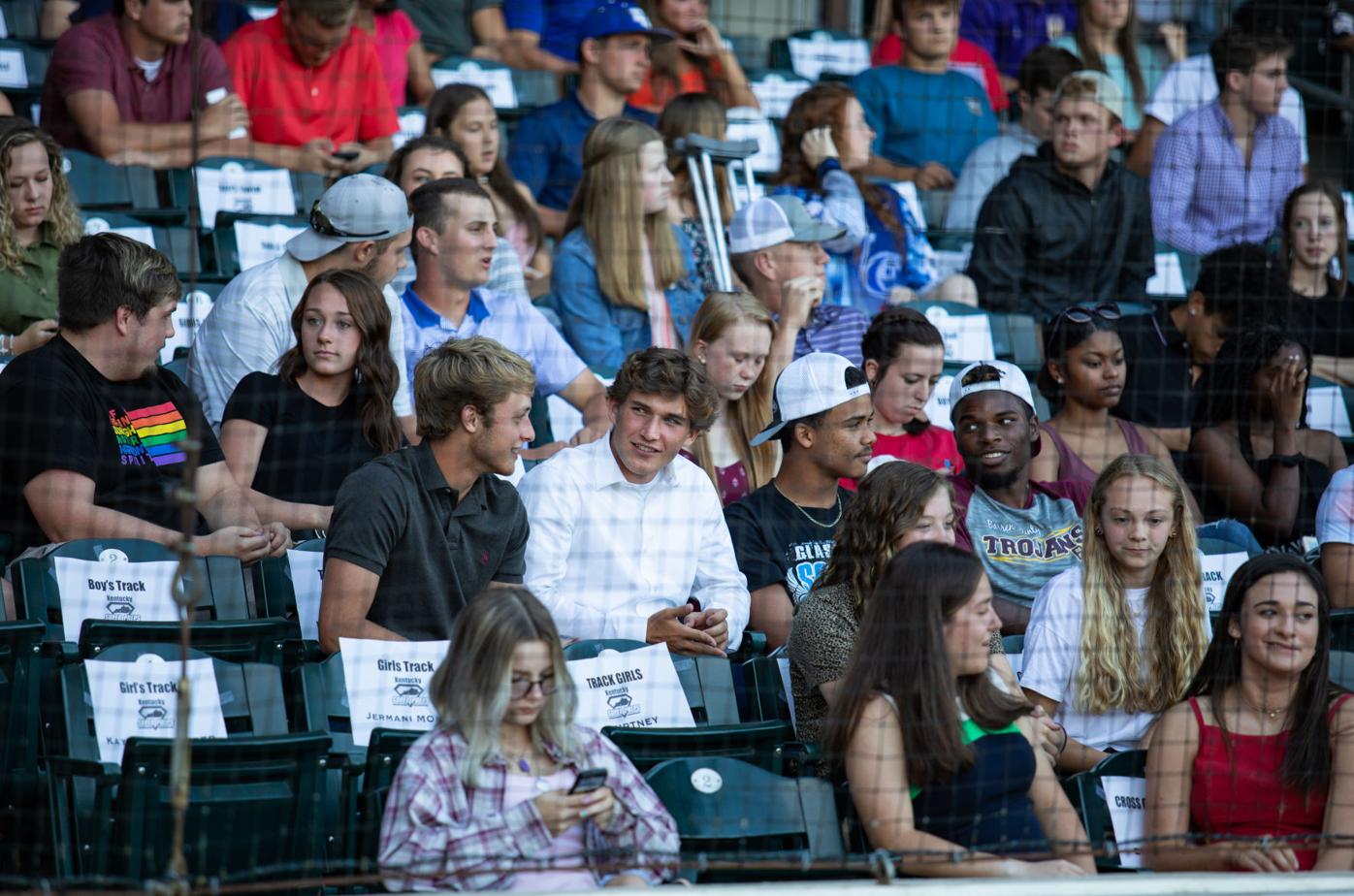 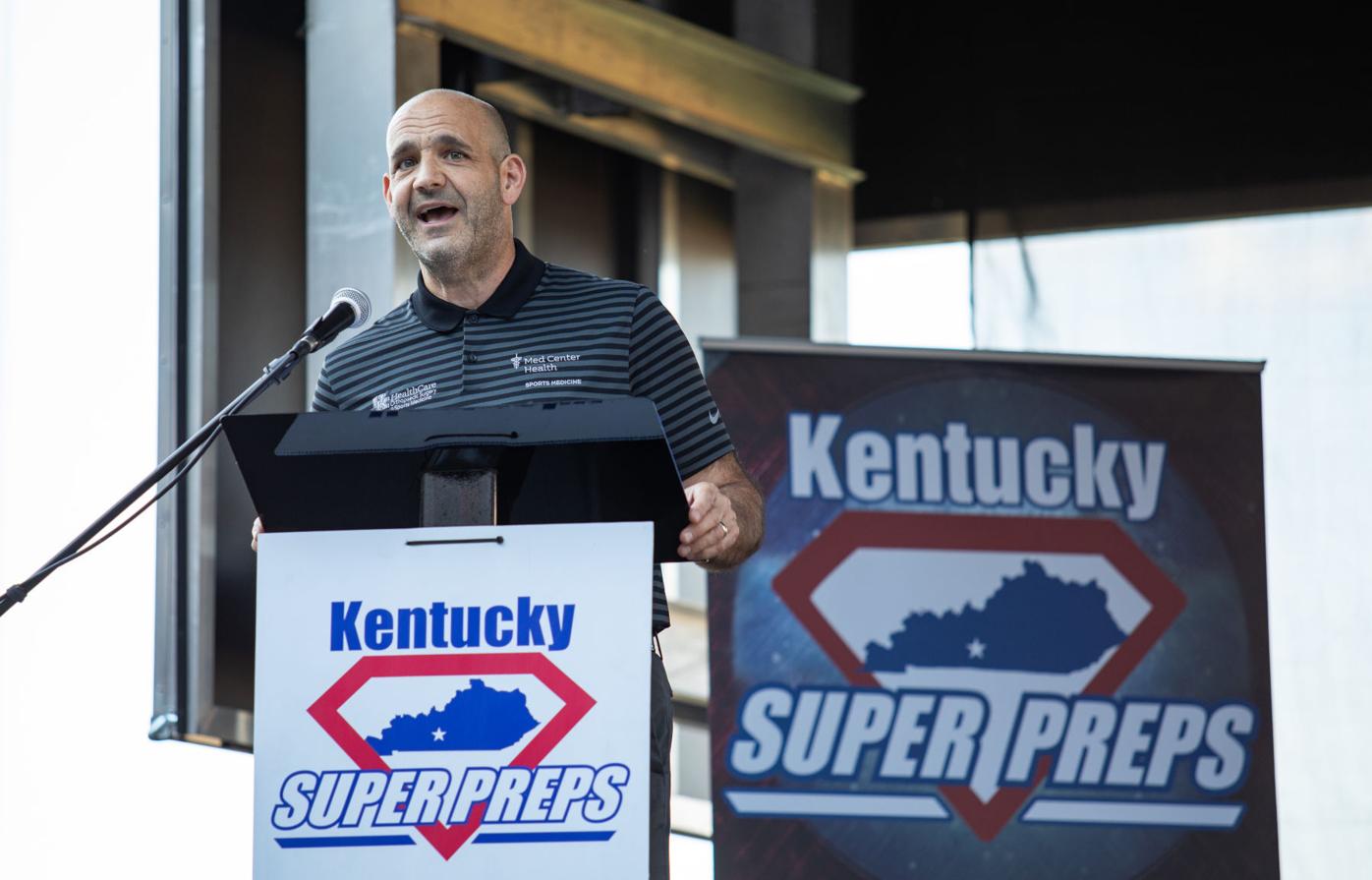 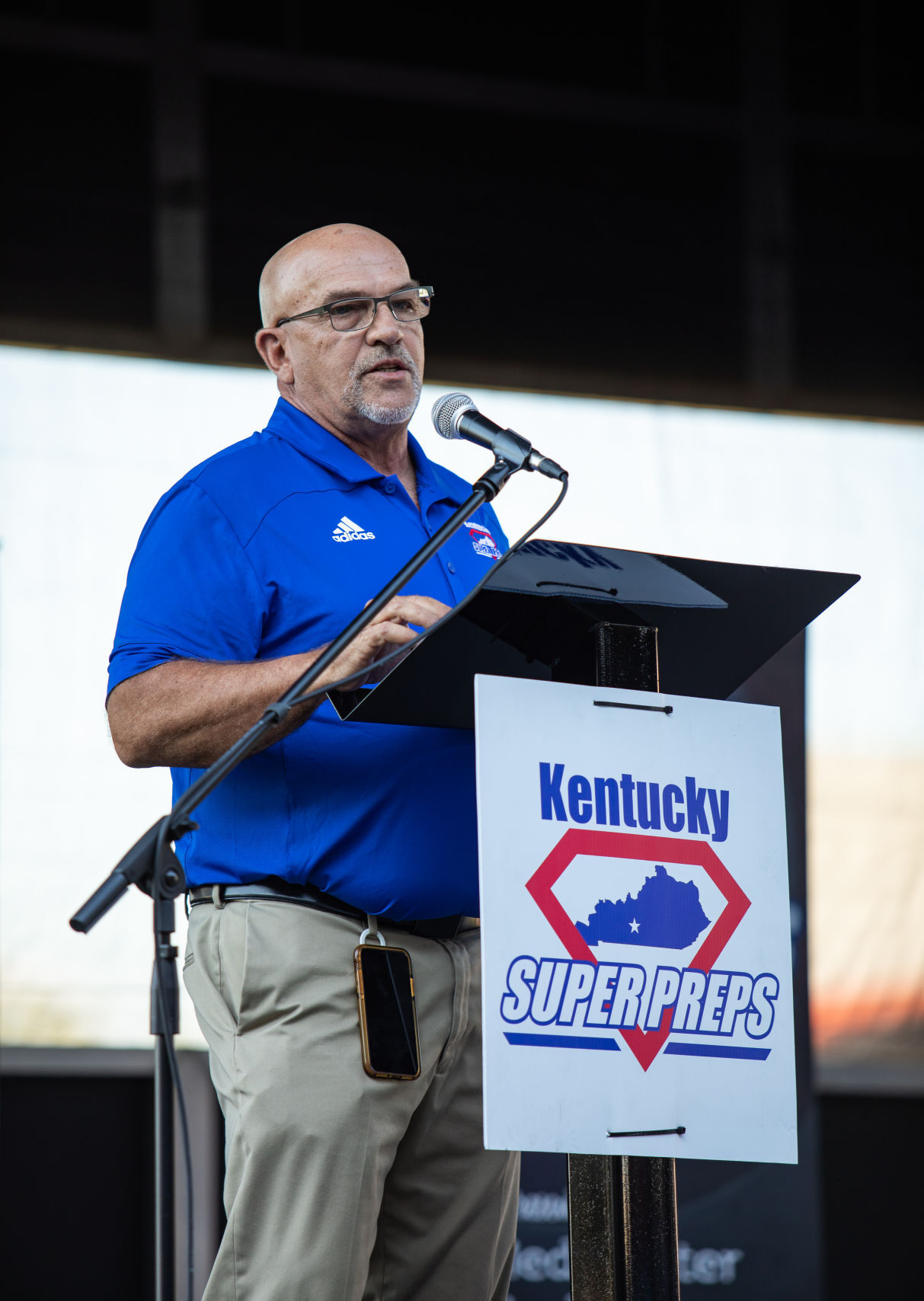 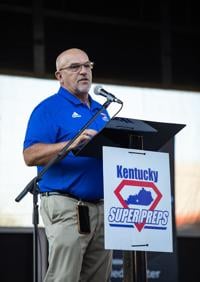 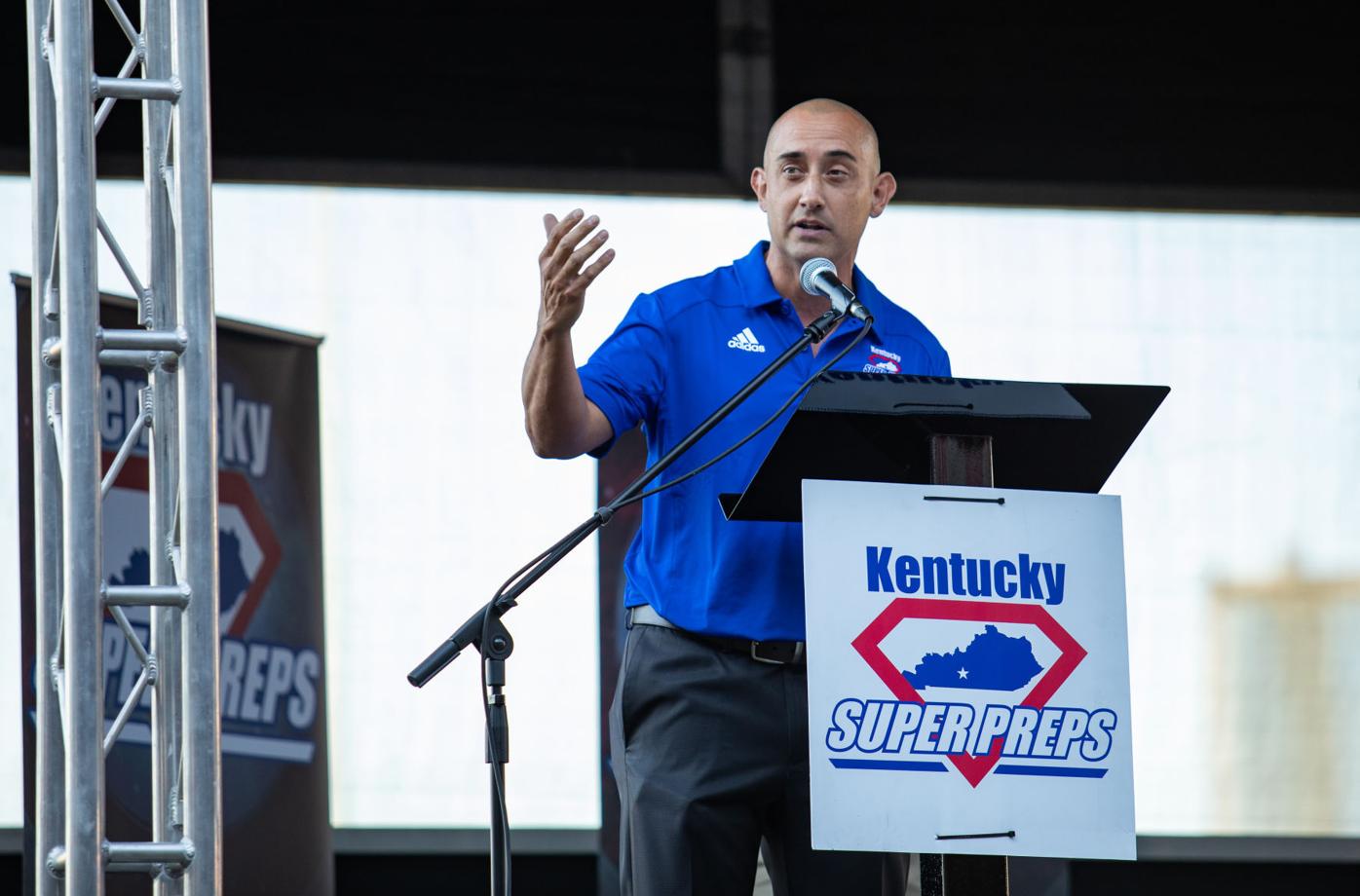 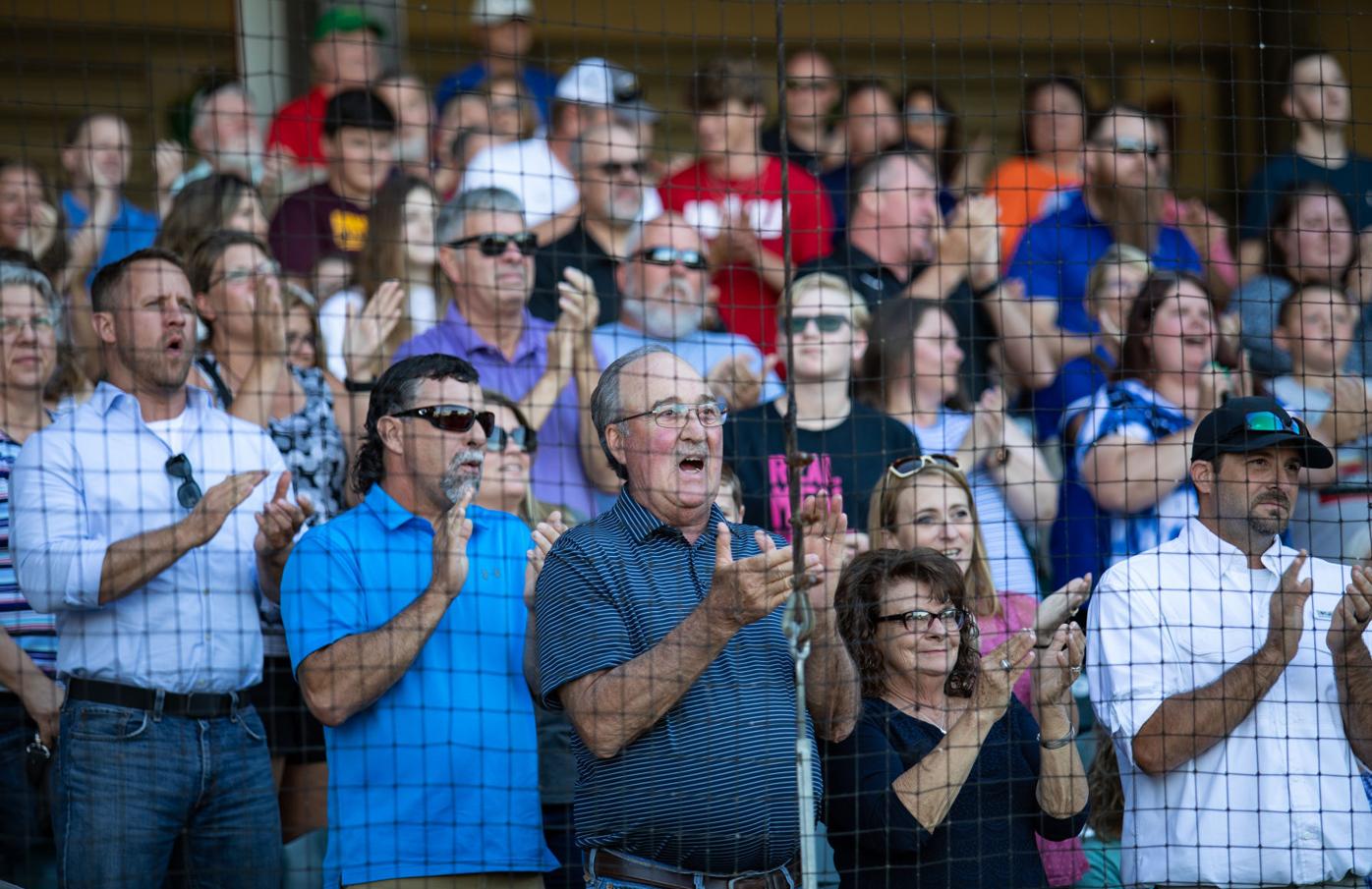 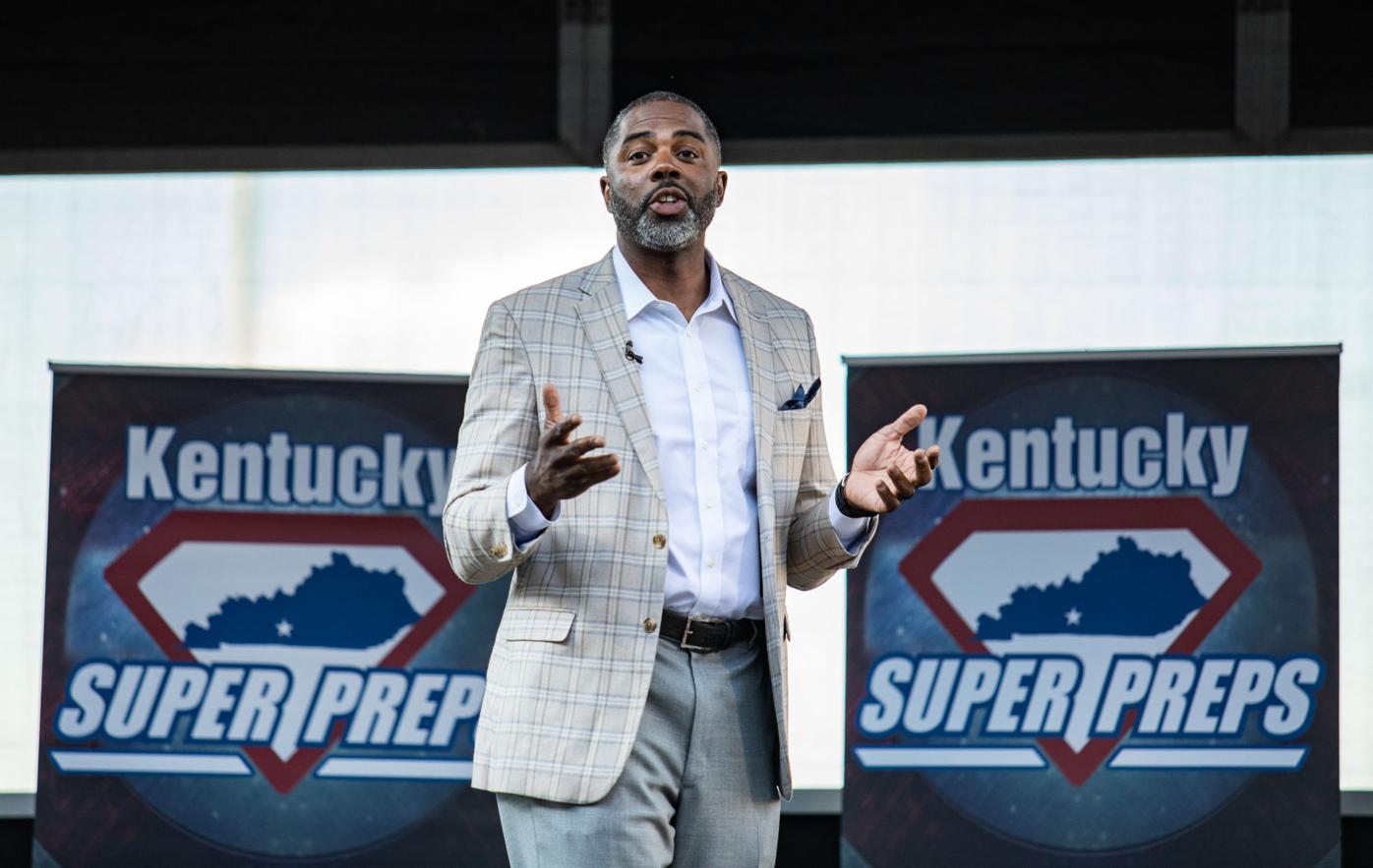 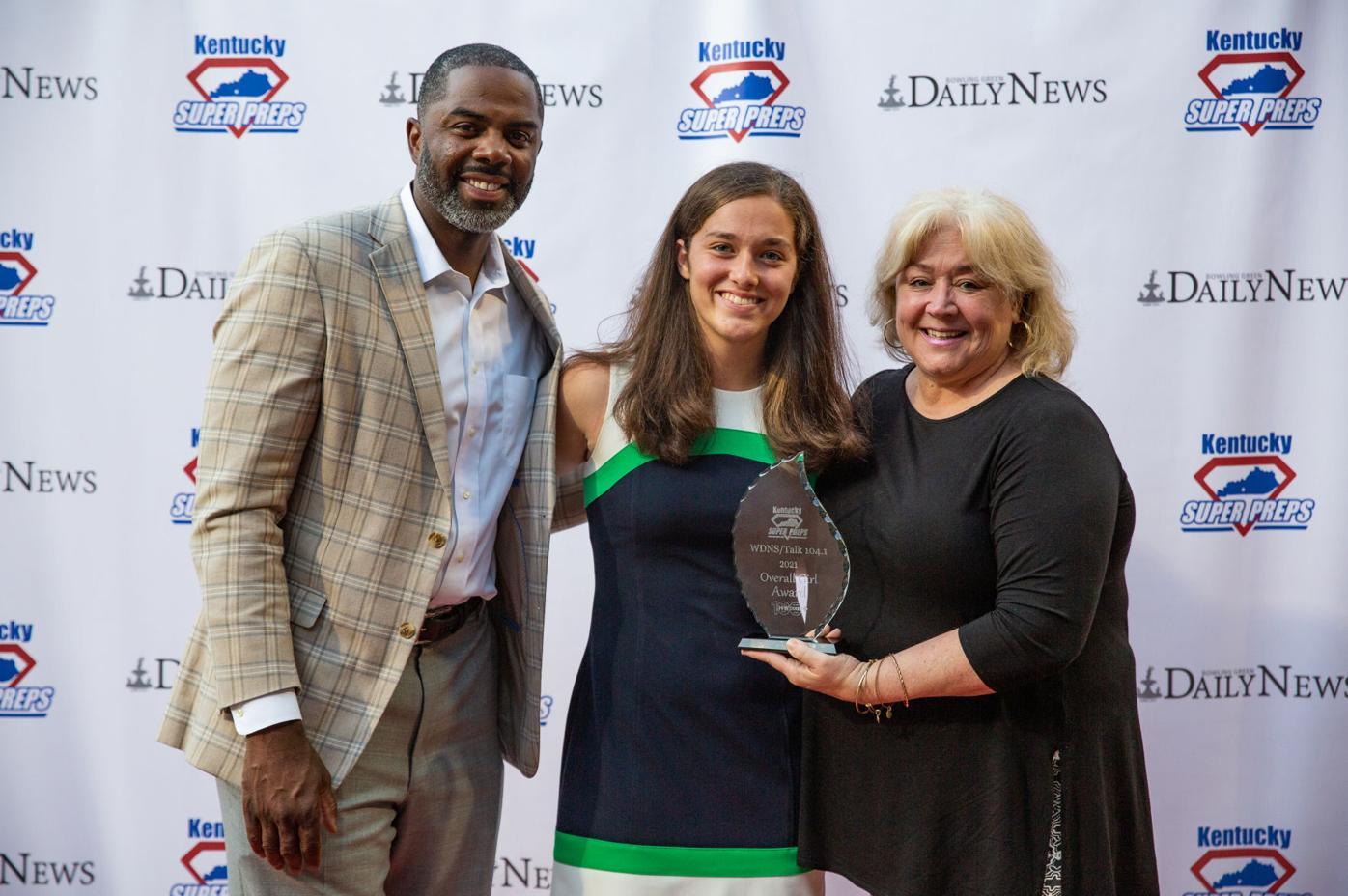 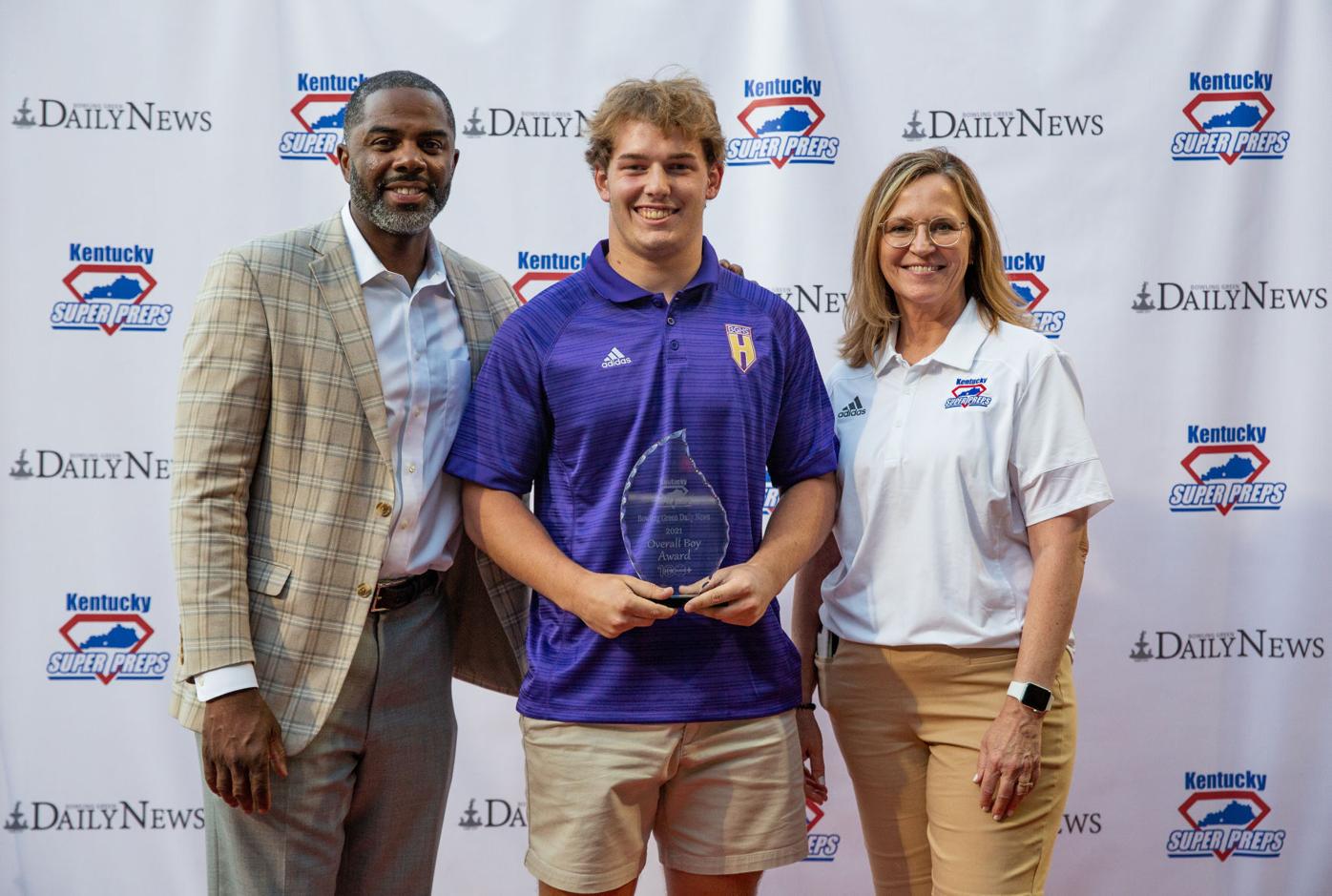 It was a return to normal for prep athletes during Tuesday’s Kentucky Super Preps awards at Bowling Green Ballpark.

After being held virtually last season, the fourth annual event, sponsored by the Daily News and presented by Med Center Health, returned with friends and family gathered to honor the student-athletes from 13 area high schools for their achievements in athletics, academics and community involvement.

For Bowling Green senior Rece Jones, named the boys’ student-athlete of the year, it was the final chapter of a football career that ended with a state title in December.

Jones led the team in tackles the last two years and was voted team captain, while also excelling in the classroom with a 4.0 GPA.

“It’s awesome,” Jones said. “I think it really reflects all my four years – all my teammates and classmates, my parents, my brother, my sister. Everybody I have mentioned has helped me the whole way. It’s not only an honor to me, it’s an honor to them, too.”

Glasgow sophomore Mia Cassady, who excelled in both cross country and basketball, was named the girls’ student-athlete of the year. Cassady has a 4.18 GPA and 215 hours of community service in addition to her performances in multiple sports.

“I was really surprised to get the award, but I’m just really grateful for my coaches and my teammates,” Cassady said. “They were the ones who led me to be here.

“This year we had to do a lot of self-study and self-motivation, so it definitely feels good to receive something for all that hard work.”

Bowling Green football coach Mark Spader was named the coach of the year after guiding the Purples to the Class 5A state title.

“I’m not a huge believer in individual awards for team sports, but for Purples football I’ll accept this,” Spader said. “It’s an outstanding group of young men and coaches.”

Spader and the Purples navigated through a year in the height of the coronavirus pandemic, leading to a season that was in doubt the whole way. He said Tuesday’s ceremony gave him a chance to reflect on what it took to get through the championship season.

“It really made me think as we were sitting there tonight of everything we went through this season,” Spader said. “It was a unique, but very special season.”

Glasgow’s Craig Cassady was named athletic director of the year.

“It’s just so exciting to get this award,” Cassady said. “I had no idea I was getting this award tonight. I’m surprised as heck. It means more than anybody will ever know.”

Cassady, who served as Glasgow’s AD for the last nine years, is stepping down from that position at the end of this school year. He said his final year was definitely the most challenging of his tenure as AD.

“It actually goes back to last spring when those student-athletes lost their spring season,” Cassady said. “I can speak for all the athletic directors around the region and the state, it has been a tough year – putting plans together, trying to make sure we are following all of the procedures set up by KDE and the KHSAA, trying to do the right thing.

“To be able to come here tonight and see as many people as we saw in the bleachers, it makes me feel like maybe things are getting back to normal.”

Former Titans wide receiver Kevin Dyson was the guest speaker during Tuesday’s ceremony, congratulating all the student-athletes on their accomplishments while encouraging them to continue to strive to achieve.

“Don’t let fear be the one that blocks you,” Dyson said. “Don’t let comfortableness block you.”

One student-athlete was chosen in each sport as a Kentucky Super Preps Athlete of the Year, along with several specialty awards.

Here is the complete list of winners during Tuesday’s ceremony.