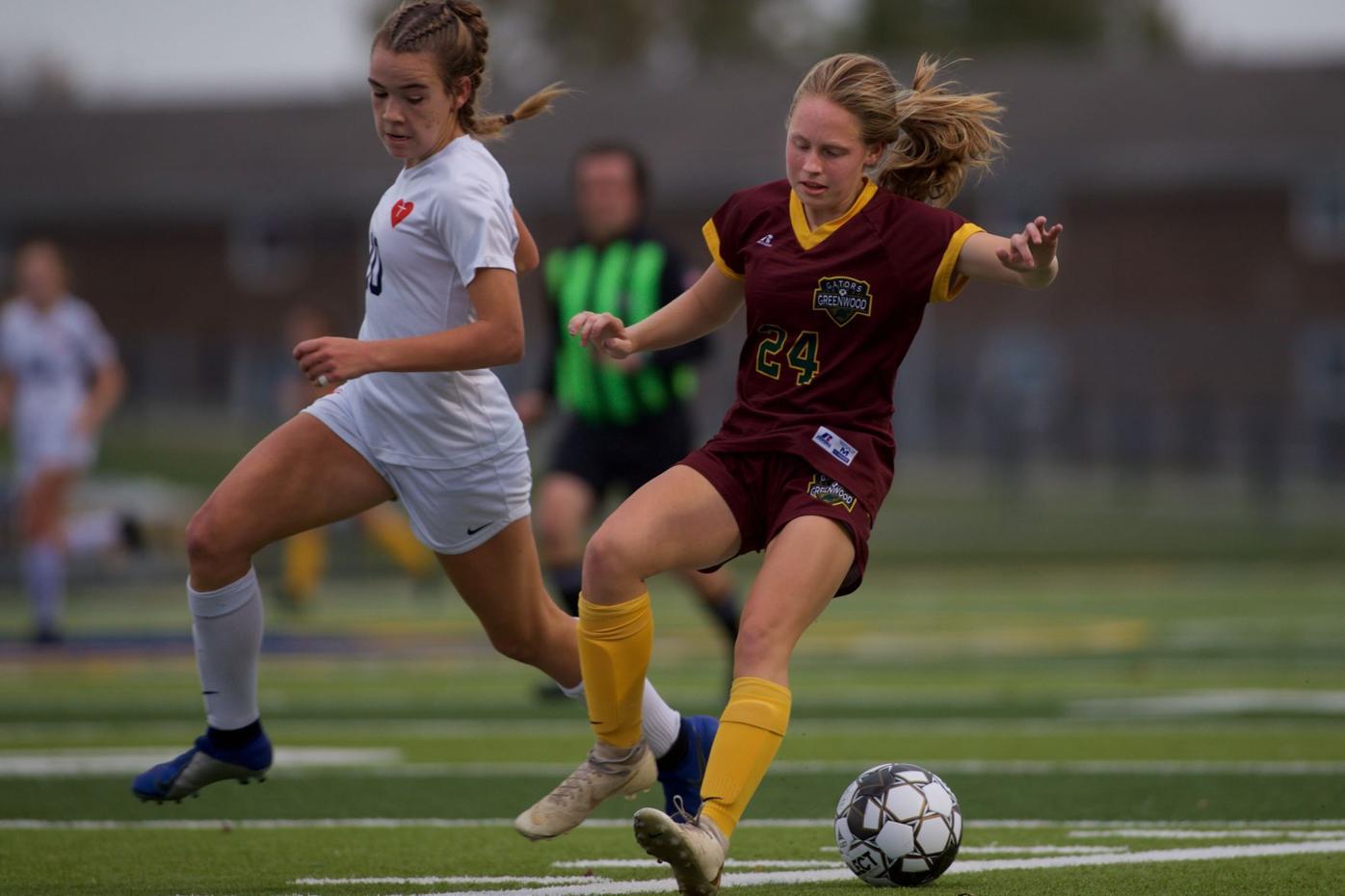 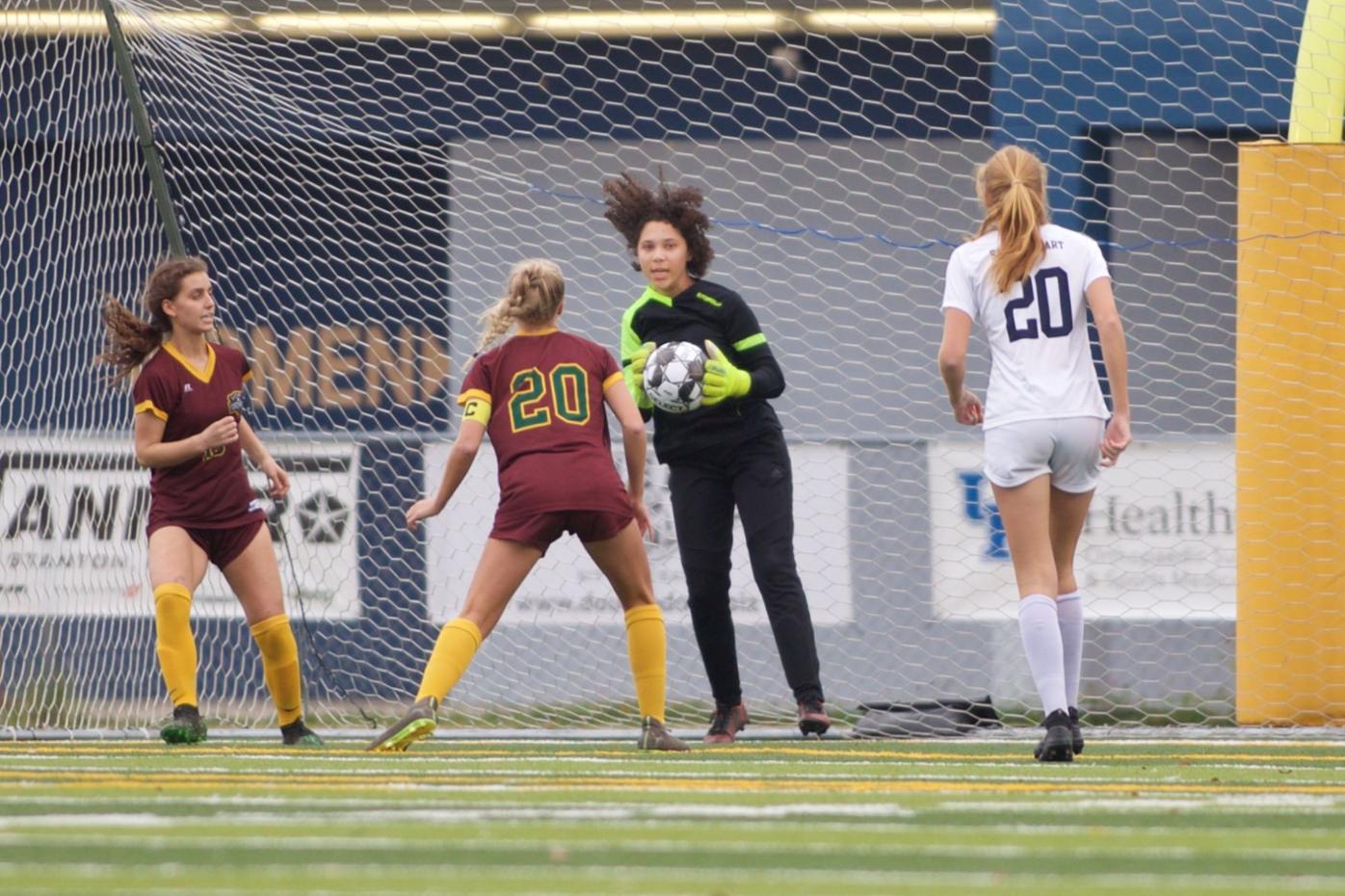 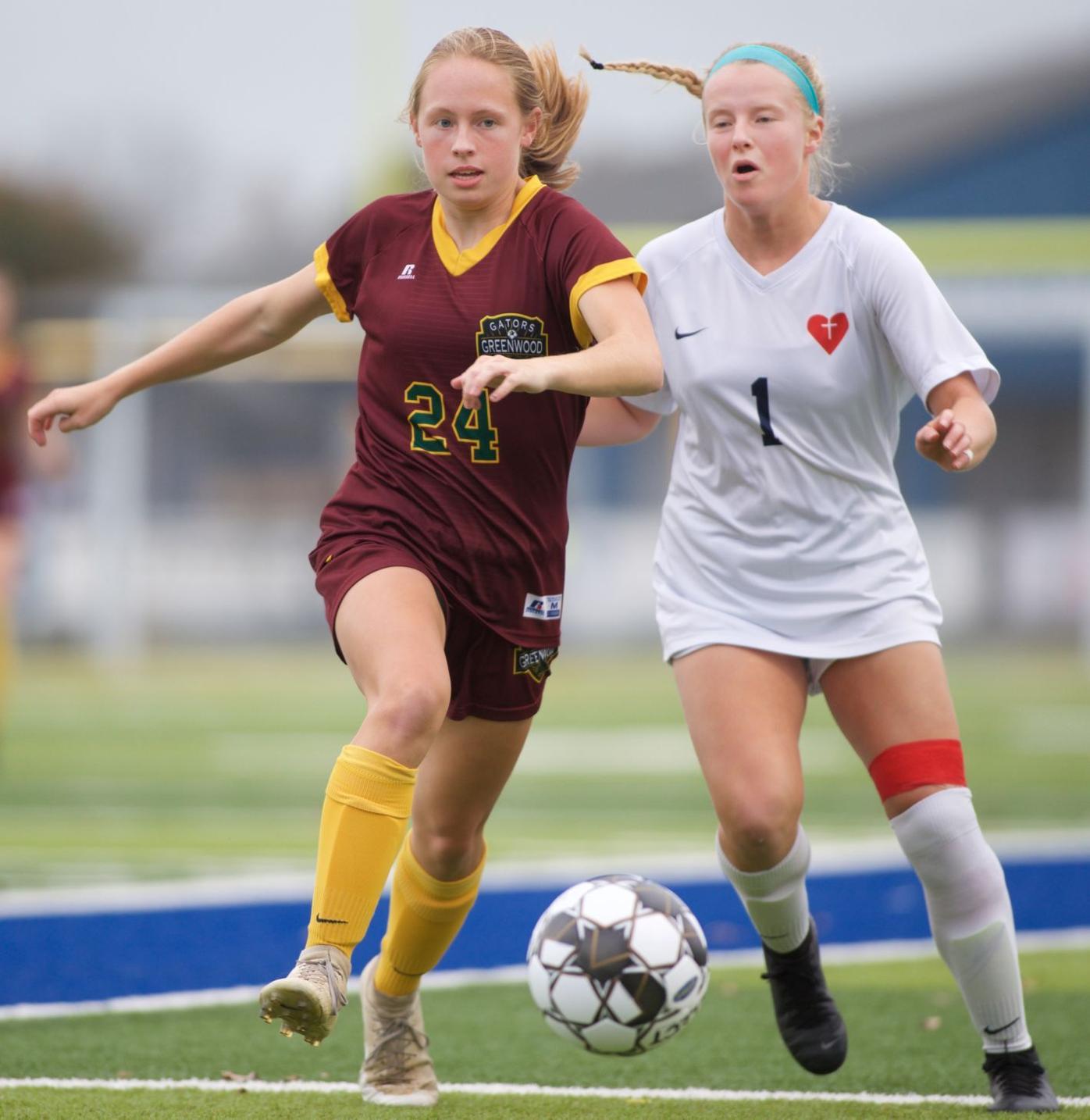 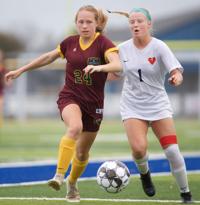 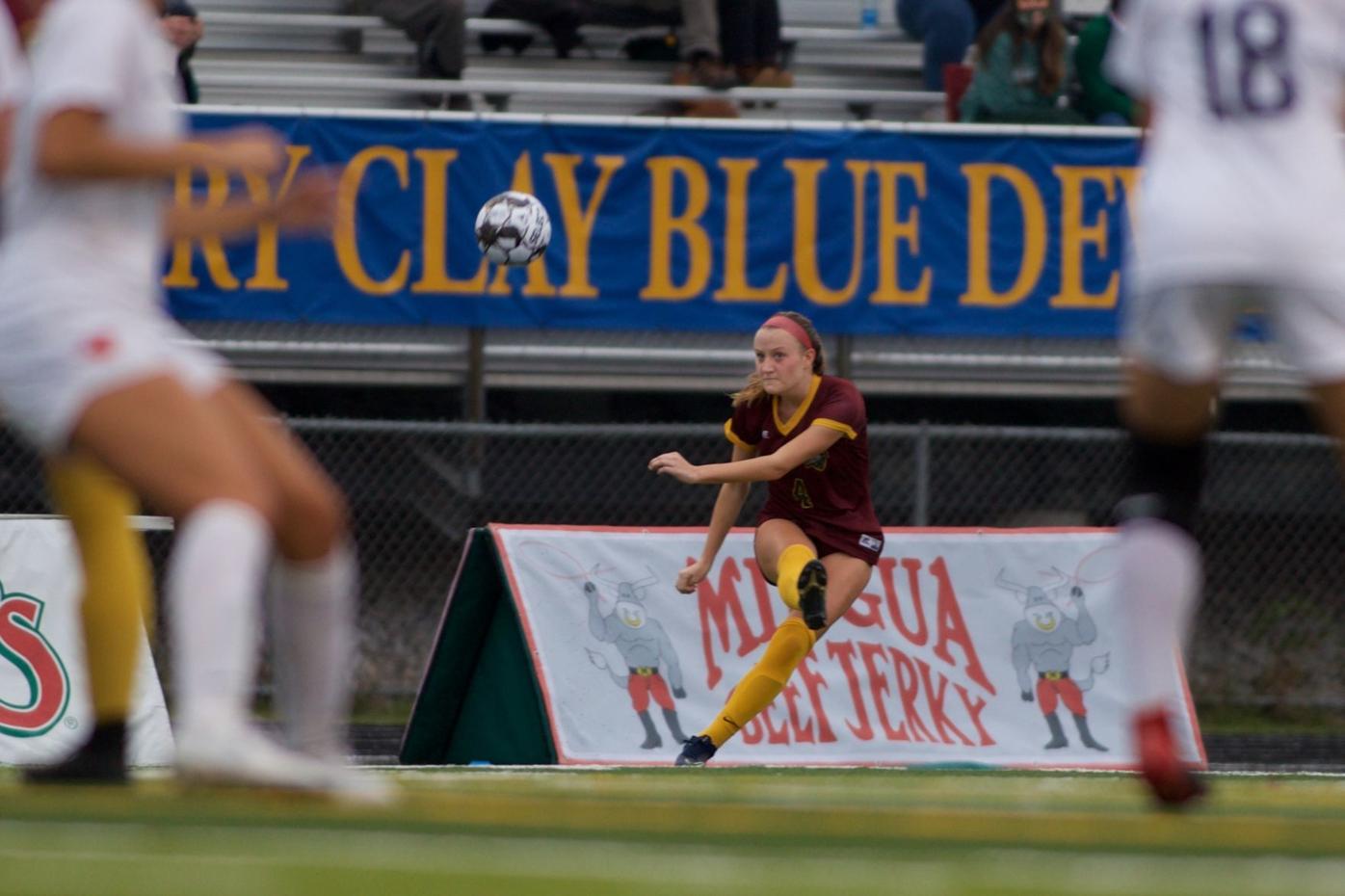 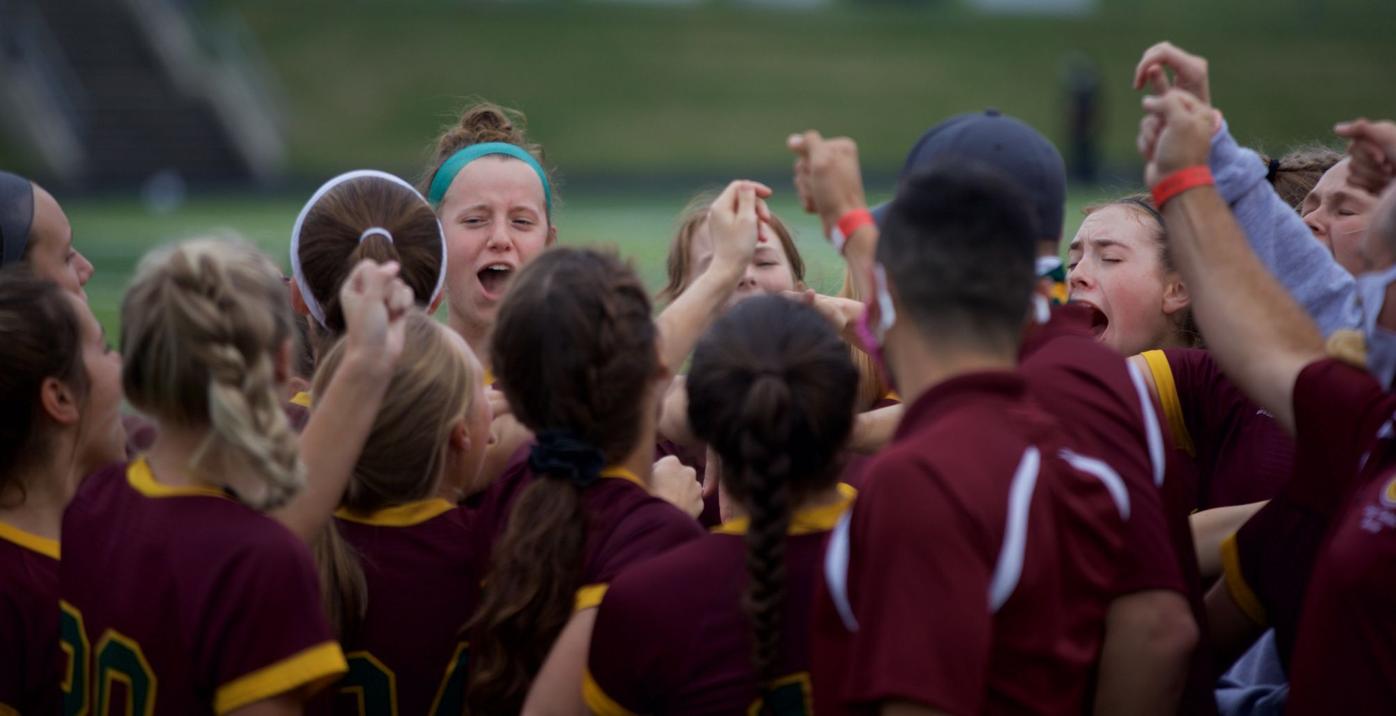 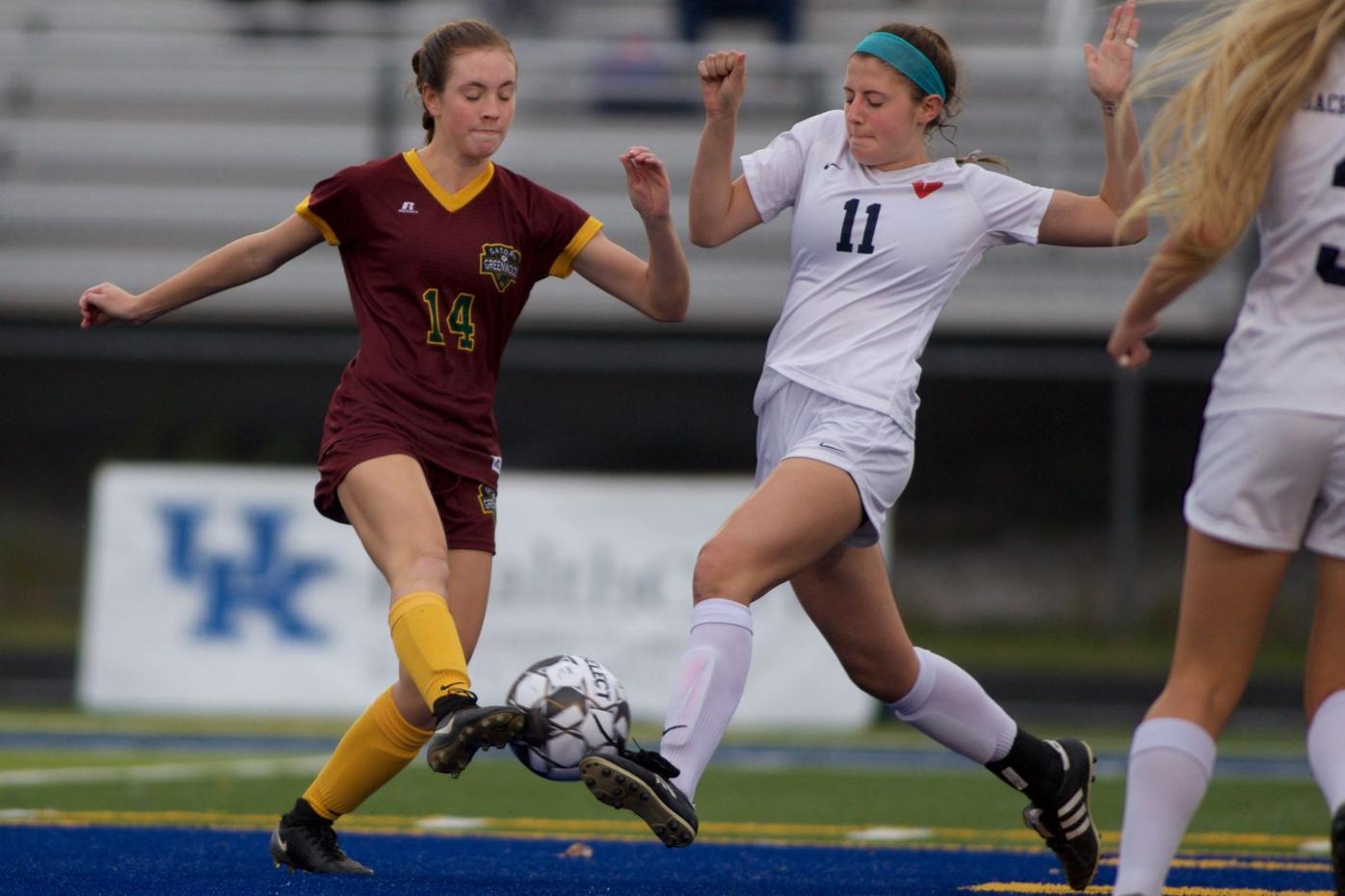 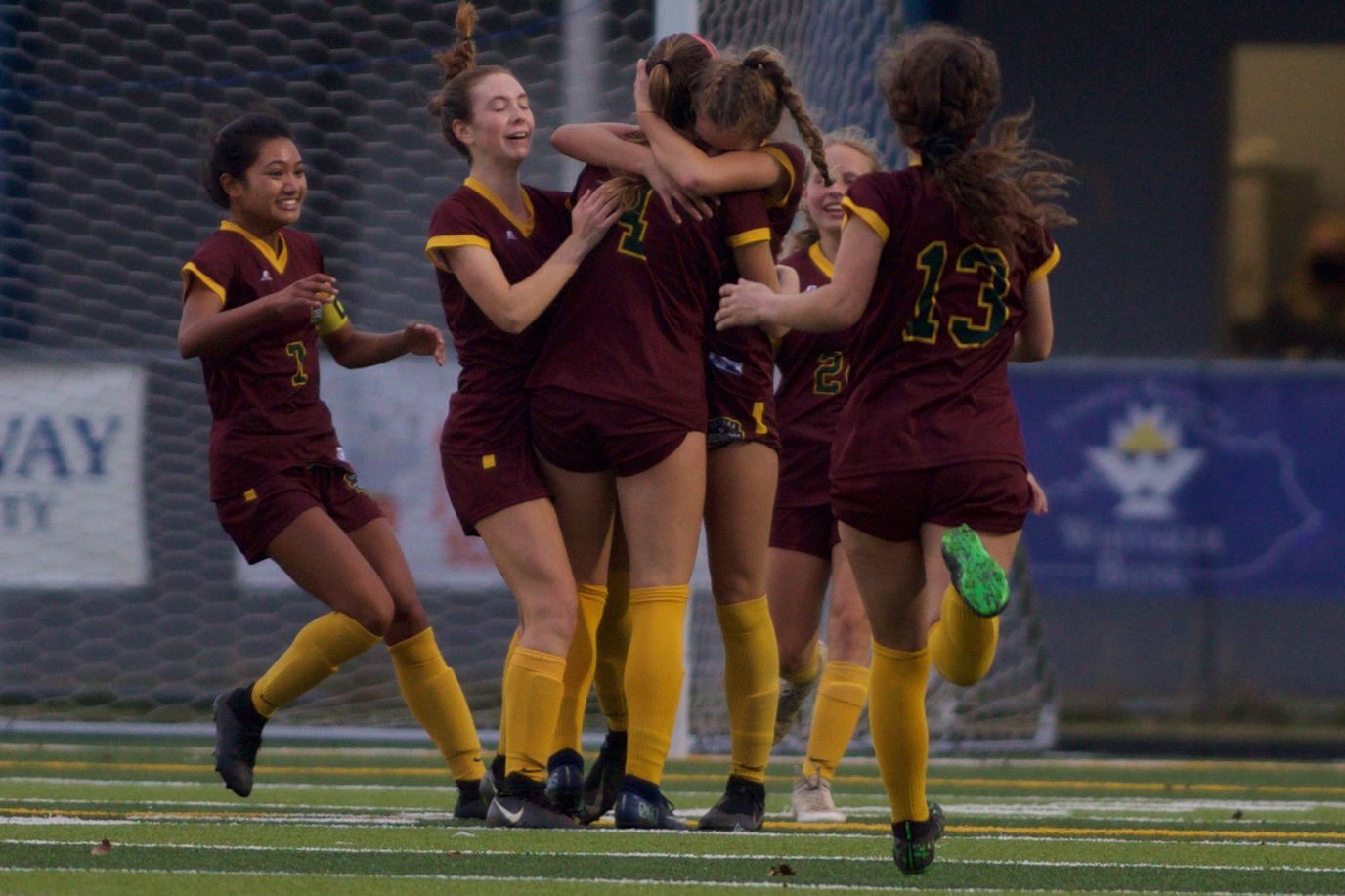 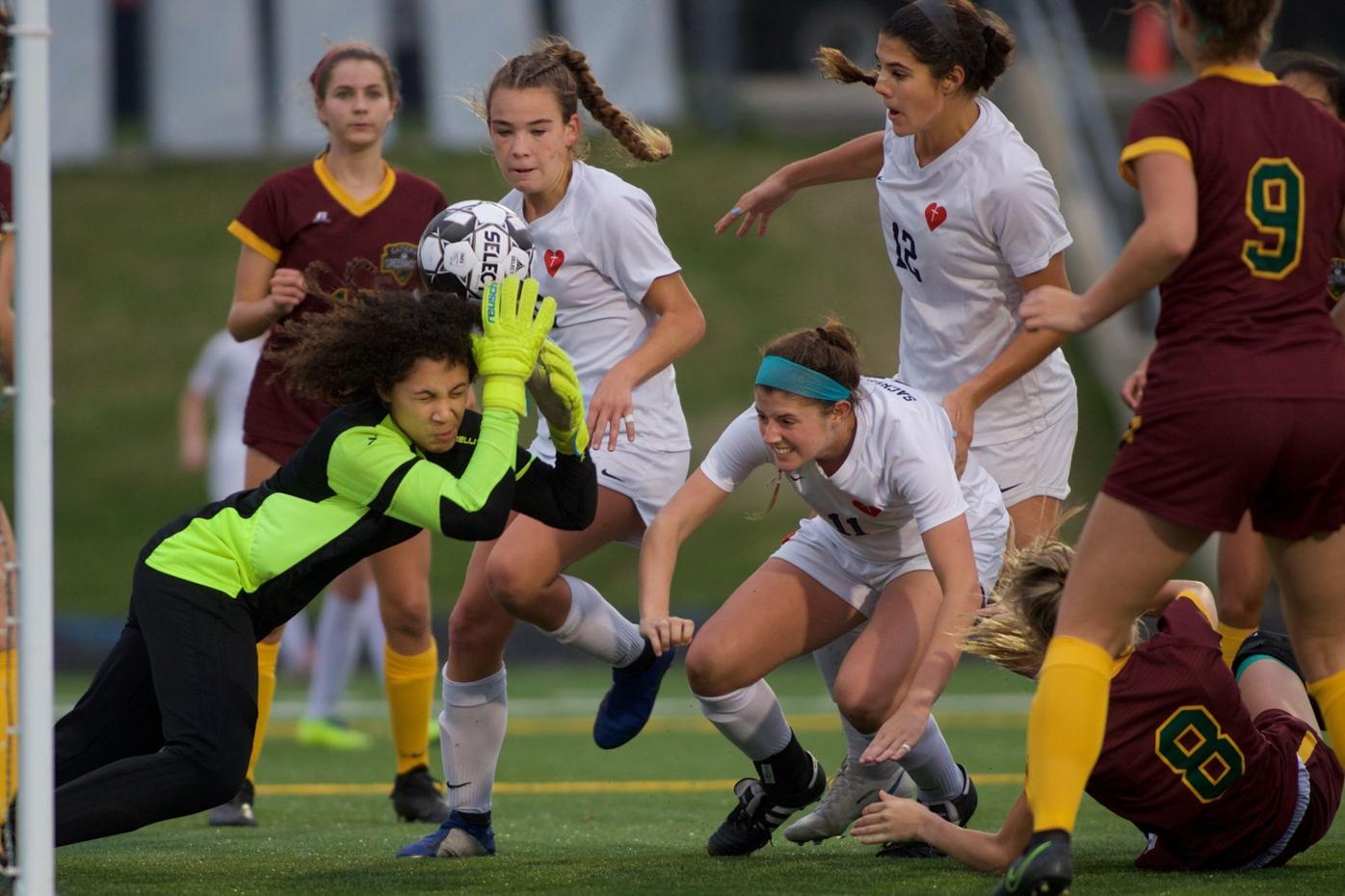 Greenwood goalkeeper Taryn Guyer tries to secure the ball on a corner kick against Sacred Heart during the Lady Gators’ 3-1 loss Wednesday in the KHSAA state tournament semifinals at Henry Clay High School in Lexington.

Greenwood goalkeeper Taryn Guyer tries to secure the ball on a corner kick against Sacred Heart during the Lady Gators’ 3-1 loss Wednesday in the KHSAA state tournament semifinals at Henry Clay High School in Lexington.

LEXINGTON – The Greenwood girls’ soccer team’s quest for back-to-back state titles came to an end with a 3-1 loss to Sacred Heart in the state semifinals Wednesday at Henry Clay High School in Lexington.

Greenwood (16-3-1) allowed two first-half goals and tried to rally in the second, falling short to a team it dropped a 4-0 decision to in the final game of the regular season.

“We came in with a little different game plan this time than we did last time and I think we actually executed really well,” Greenwood coach Zac Lechler said. “We didn’t want to press high up the field. We wanted them to kind of play with the ball in the back and when they hit a certain point, we were going to press them hard. Everybody was ready to press. I think we executed really well today.”

Sacred Heart was aggressive, getting a couple of good looks in the first few minutes, but couldn’t break through.

The Lady Gators got a shot to strike first in the 12th minute on a free kick from Maggie Blair from about 20 yards out that was saved by Sacred Heart goalkeeper Amanda Isaacs.

The Valkyries got on the board in the 22nd minute on a goal by Katie Barney, who had two goals in the previous meeting this season. Sacred Heart added another goal right before the half, with Gracie Leath scoring off a rebound in the 34th minute.

Greenwood tried to rally early in the second half. The Lady Gators pressed forward and broke through the defense, with Paige Hines taking advantage of Isaacs coming way out of the box and slipping a shot into the net to cut the deficit to 2-1 in the 56th minute.

The momentum would be short-lived however, as Mallory Glass scored during a scramble in the box off a free kick to push the advantage back to two goals.

“I think right when we scored that goal, they kind of pressed back a little more and we got a little frantic after that,” Lechler said. “You get excited after scoring a goal against a top team like that. It just happens, right? We played well today.”

Sacred Heart outshot Greenwood 9-2, with a 6-2 advantage in shots on goal.

Taryn Guyer had two saves for Greenwood. Seniors Erin Heltsley and Kennedy White were named to the all-tournament team.

“We wanted to get back (to the state final) really bad,” Heltsley said. “We fought for everything we could.

“We just always fought and we always played for each other. It has been the best four years ever.”

Despite the loss, Lechler said he was proud of his team and proud of the accomplishments of his senior class – which included three region titles and the program’s first state title.

“This senior class is special to me,” Lechler said. “I came in six years ago (as an assistant) and they’ve been here six years as well. We kind of started together, so I think we have a special bond. They are like family to me.”