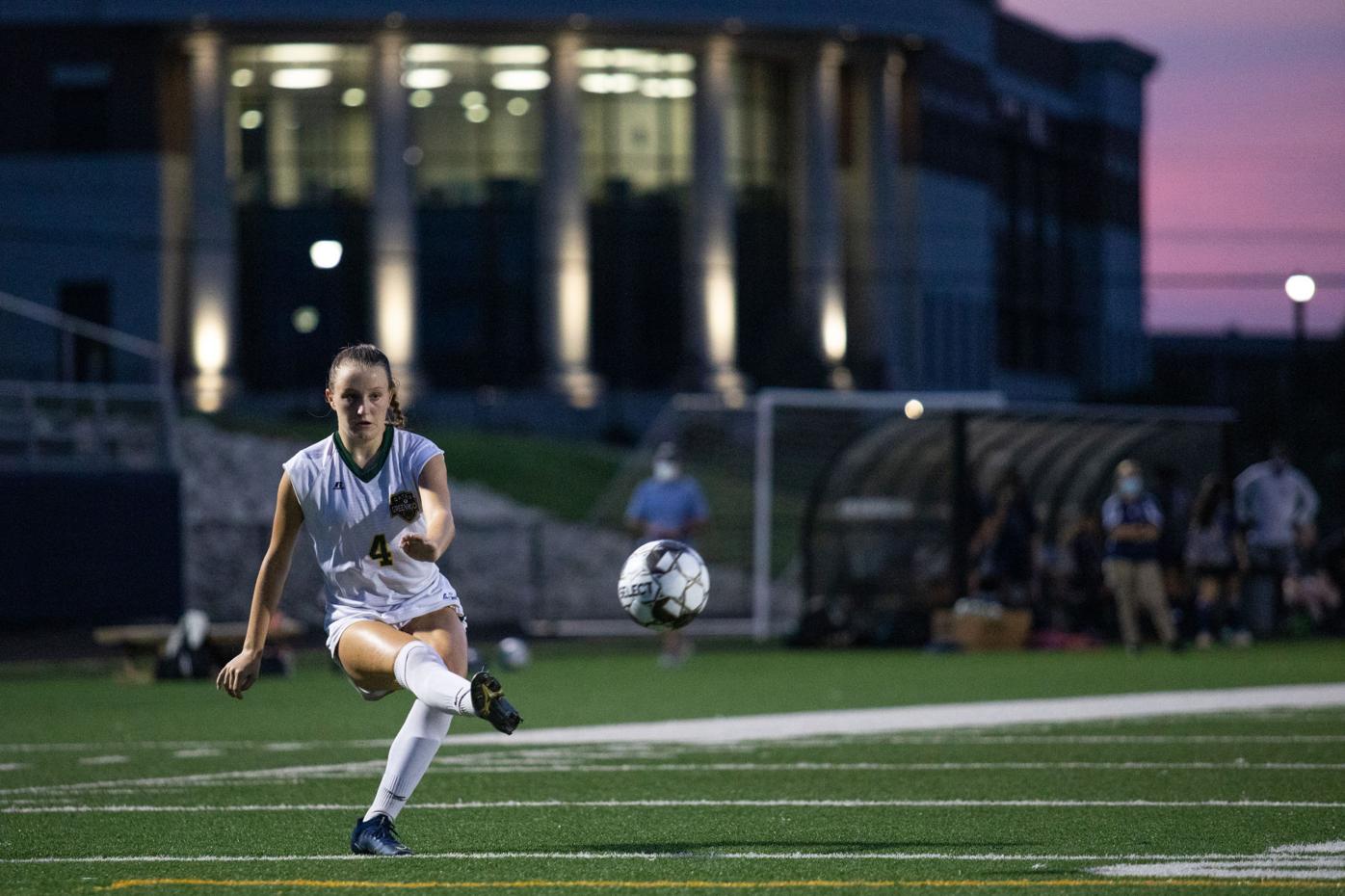 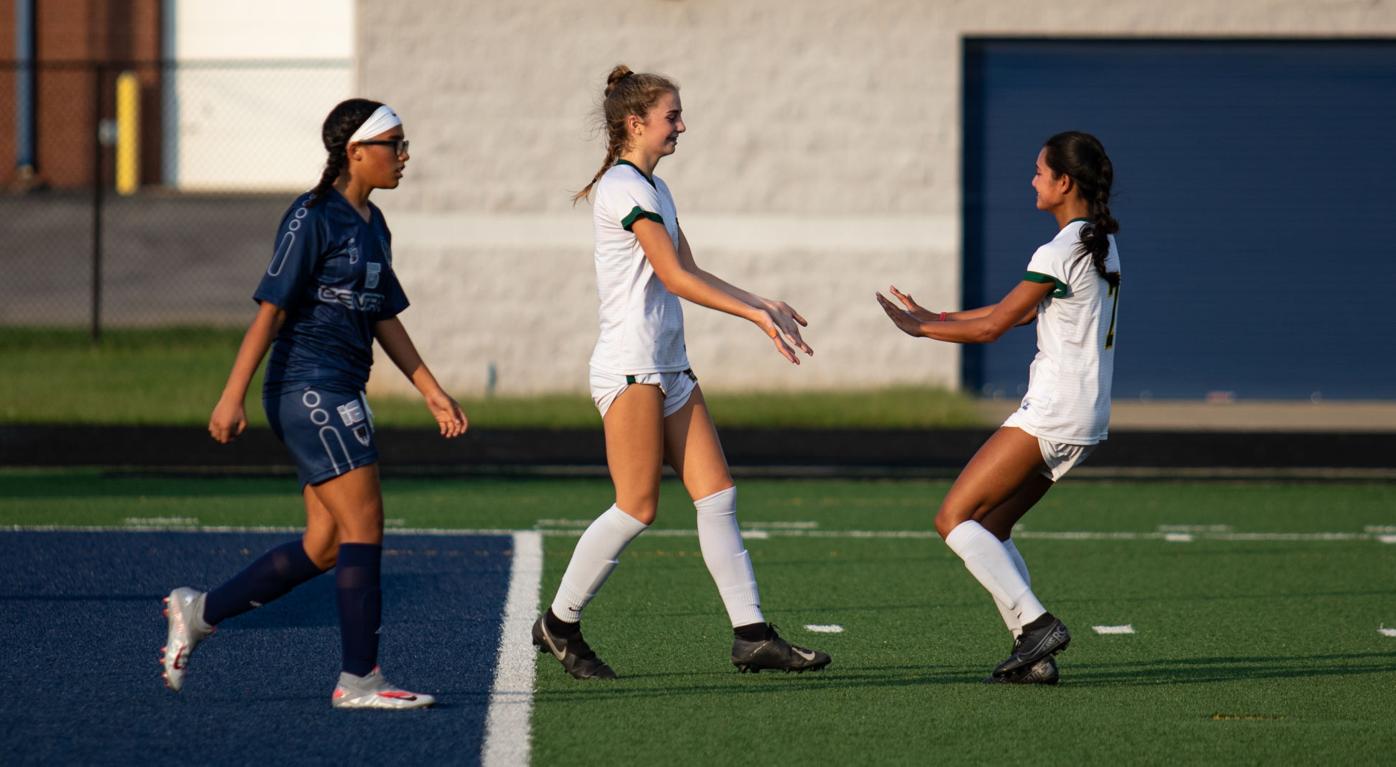 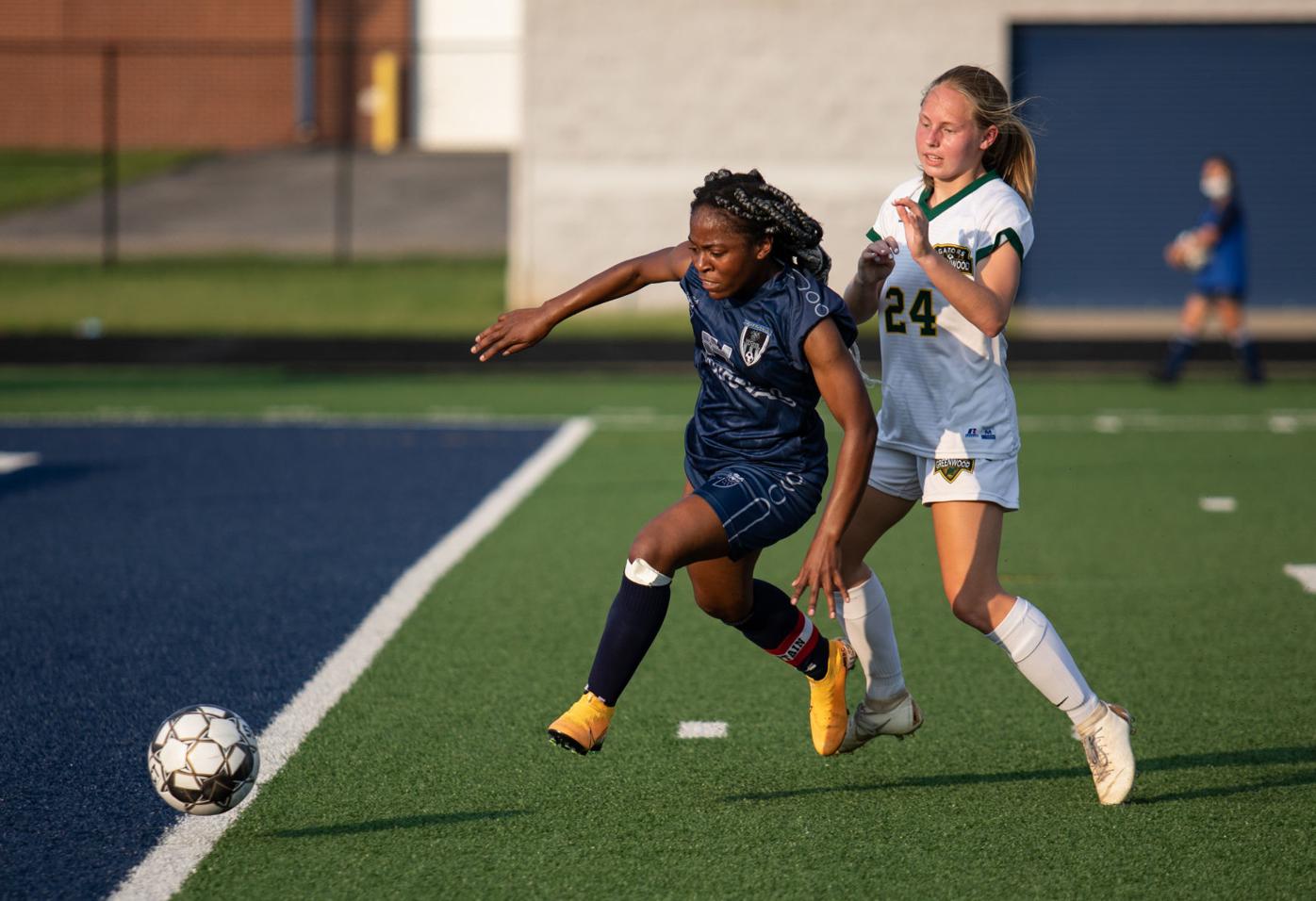 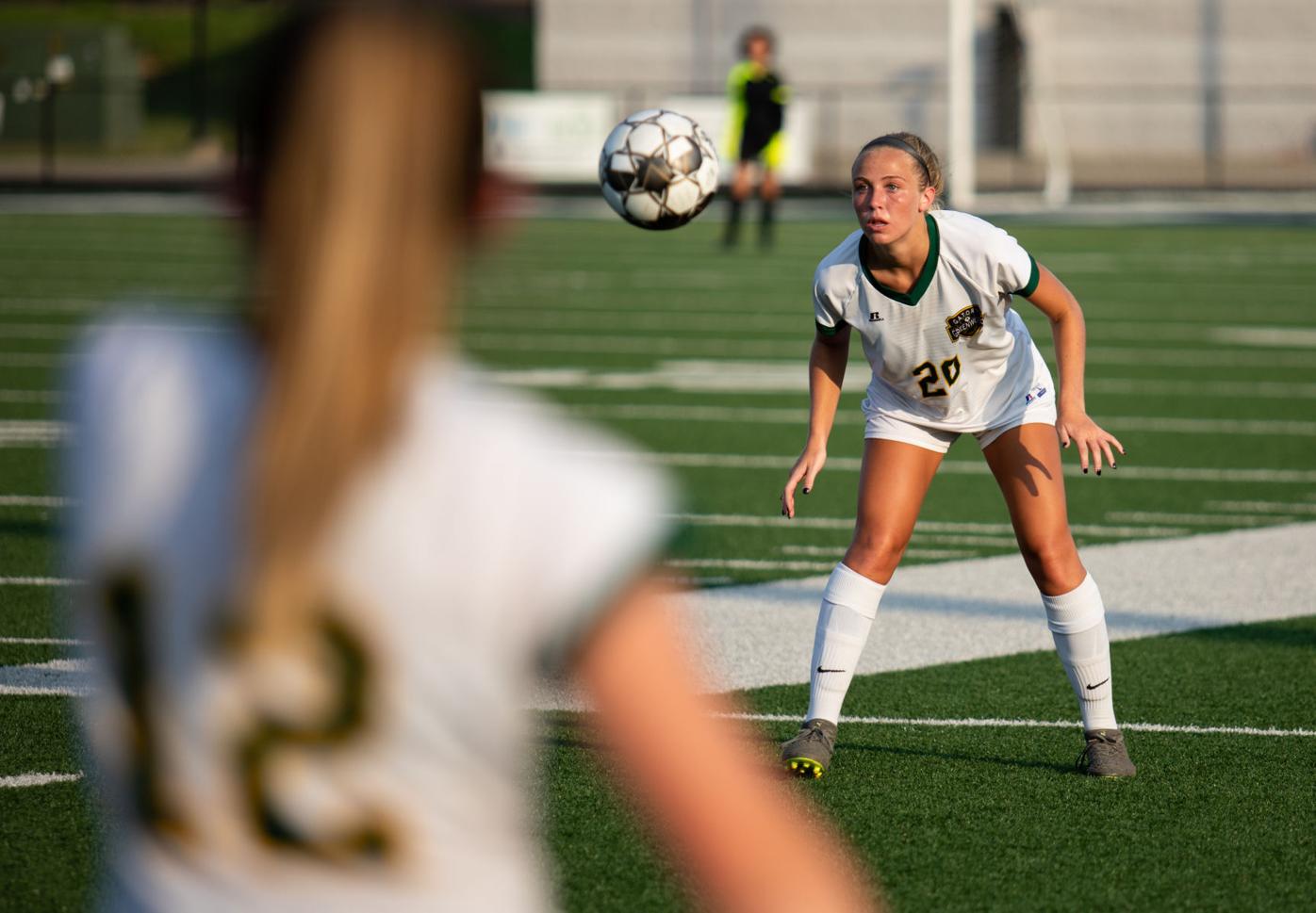 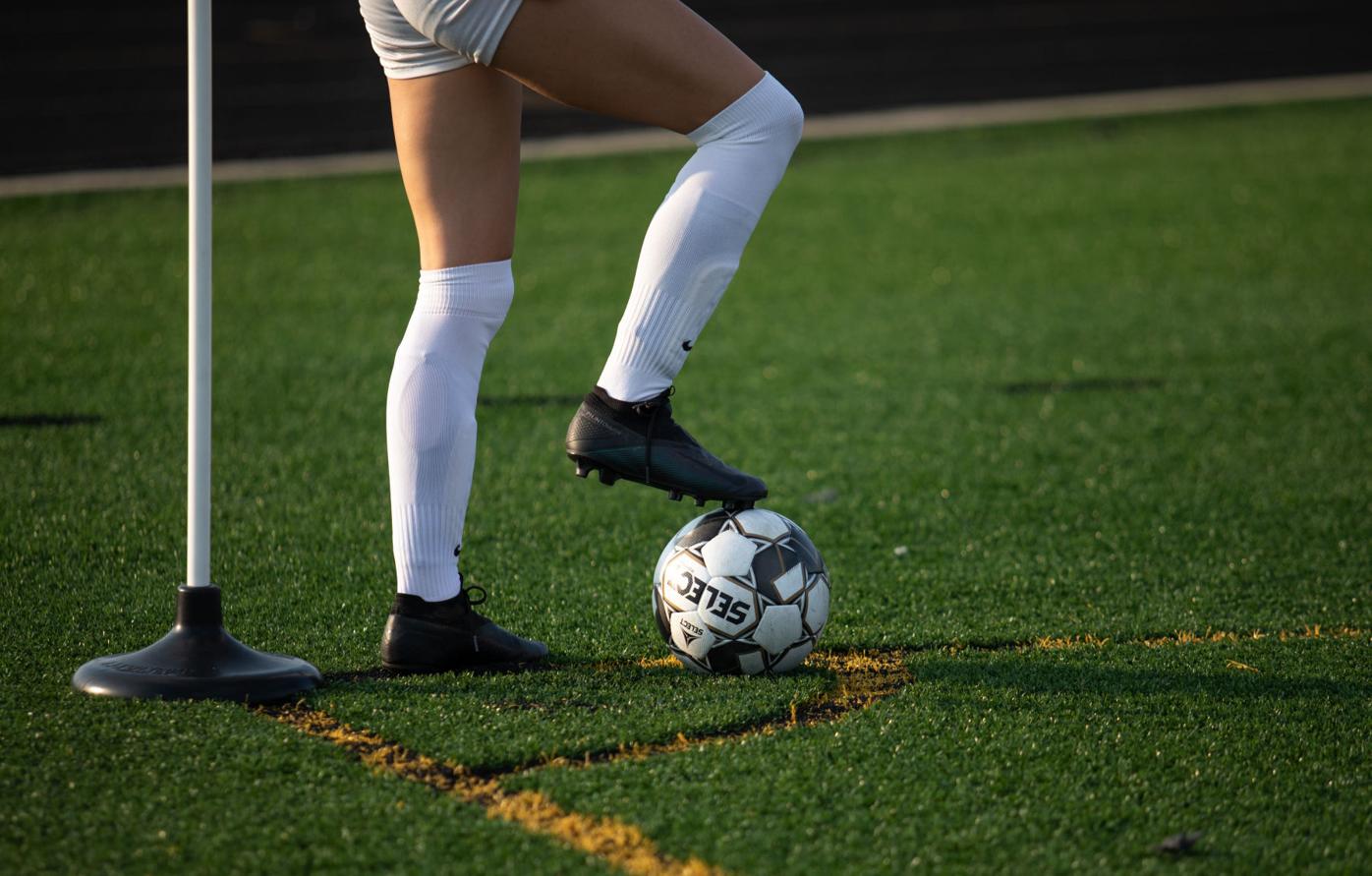 Greenwood sophomore Claire Allen lines up the ball to kick it in from the corner of the field during Greenwood's 4-0 win against Warren Central at Warren Central High School on Wednesday, Sept. 9, 2020. (Grace Ramey/photo@bgdailynews.com

Greenwood sophomore Claire Allen lines up the ball to kick it in from the corner of the field during Greenwood's 4-0 win against Warren Central at Warren Central High School on Wednesday, Sept. 9, 2020. (Grace Ramey/photo@bgdailynews.com

The Greenwood girls’ soccer team picked up where it left off last year with a 4-0 win at Warren Central on Wednesday.

The defending state champion and preseason No. 1 team in Kentucky, according to the Maher ratings, scored three goals in the first half to take control to record its 12th straight win dating back to last season.

“It was a really good win,” Greenwood coach Zac Lechler said. “I thought we had players contributing from all over the field. I liked what I saw tonight.”

Greenwood (1-0 overall, 1-0 District 14) wasted little time scoring when Callie Strode scored on a pass from Sarah Wiles three minutes in – the first shot on goal of the night.

“We just told ourselves before we came (out) that we needed to come out hard,” Strode said. “We needed to take shots and that’s what we did. I think we did really well with that.”

Wiles added a goal in the 26th minute, taking a pass from Lola Aikens and getting an uncontested shot after the ball deflected off keeper Presley Compton.

Claire Allen capped the first-half scoring with a free kick from about 25 yards out in the 29th minute.

Warren Central (0-2, 0-2) had a chance at a shot late in the first half off a free kick, but the Lady Dragons were unable to get a shot off.

Allen had the lone goal in the second half, scoring on an assist from Strode.

“Allen is not scared to shoot,” Lechler said. “She is always looking to the goal first and I love that. I think she had at least six shots, so she was definitely looking to find the back of the net tonight.”

Greenwood outshot Warren Central 27-0, with a 15-0 advantage in shots on goal.

Taryn Guyer and {span}Camila Arechiga combined on the shutout for the Lady Gators. Compton had 11 saves for Warren Central.

“We’ve been working on filling in some pieces that are missing from last year, but it’s a new team and a new year,” Lechler said. “We are always looking forward. I thought we were doing some really good things. We were possessing out of the back really well. I was proud of our play tonight.”